Foot Locker has launched Above Expectations, a campaign that celebrates the arrival of the latest Jordan collection in stores and online – starring the high-flying Blake Griffin, it showcases the explosivity, physicality and energy that make Griffin one of the world’s most dynamic basketball players. 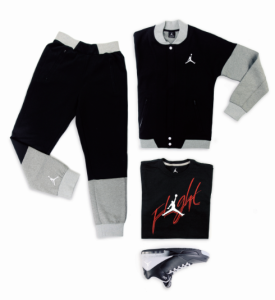 Above Expectations focuses on Griffin’s on-court power, speed and precision, attributes that the performance technology in his Jordan Super.Fly 3 elevate. Griffin’s expected signature dunking style does not however appear in the film – because taking flight is more than just dunking. Griffin and the Jordan Brand relentlessly challenge themselves to innovate and to set new benchmarks, as Above Expectations notes: “That’s the great thing about expectations. You can live up to them, or rise above them”.

The Jordan Super.Fly 3 is game-tested to support the most dynamic on-court athletes. It incorporates an evolved FlightPlate to provide power for flight, specially designed traction for multidirectional movement, the Nike Zoom unit to amplify forefront energy return, and the Flight Web fit system to add support for powerful jumps. Visually the design of the upper, inspired by a sonic boom, brings the shoe’s inspiration to life through a bold, eye-catching pattern.

“For the Jordan Super.Fly 3, I really wanted a shoe that allowed me to gain an explosive edge on court – with speed and my lift,” said Griffin. “I really like that FlightPlate, it not only makes me feel more powerful throughout the game, but also gives me confidence when I’m taking flight.”

The latest Jordan collection will be available at Foot Locker stores and online at footlocker.eu now.

What do they do during an Eye…