Recently, the chap and I were invited to try out the menu at Royal China in Fulham so one evening we hopped on the tube over to Parsons Green and feasted like Kings and Queens!

We were presented with one of the largest selections in a menu I had ever seen! I was really struggling for what to pick as I can be so indecisive when it comes to Chinese!  Finally we decided…

For started we opted for the Chicken Satay, a personal favourite of mine, and Chili Squid. This caused a lot of jokes when I got to the office the next day ‘Squibb ate Squid!!’. 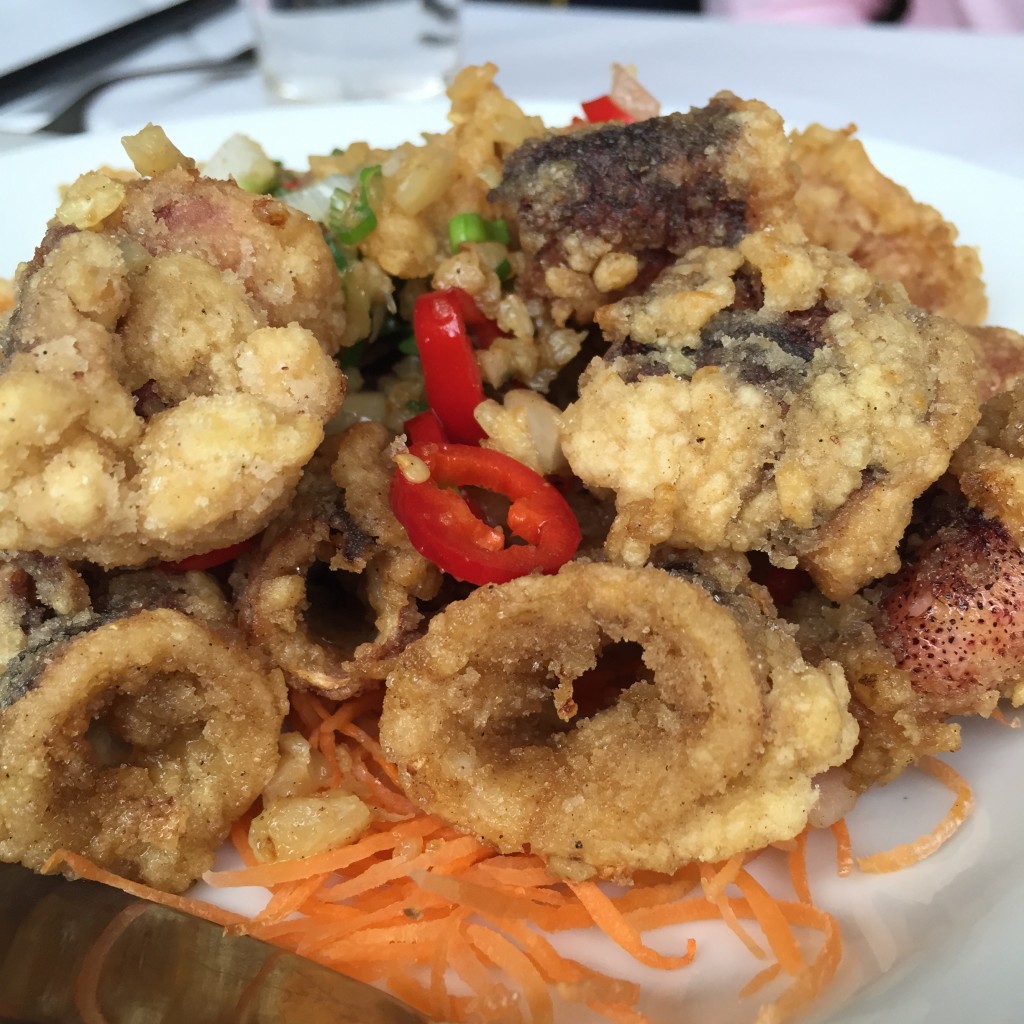 They were bloody good! The portion size shocked us too, there was so much of it! We actually ended up taking home some of the Squid as we wanted to leave room for our mains, but it was too good not to take with us!

For mains, we thought we’d move away from chicken and try something else as we’d had chicken for starters, so we tried the Crispy Shredded Beef in Birds Nest, Szechuan Prawns, Singapore Rice Vermicelli and Egg Fried Rice. 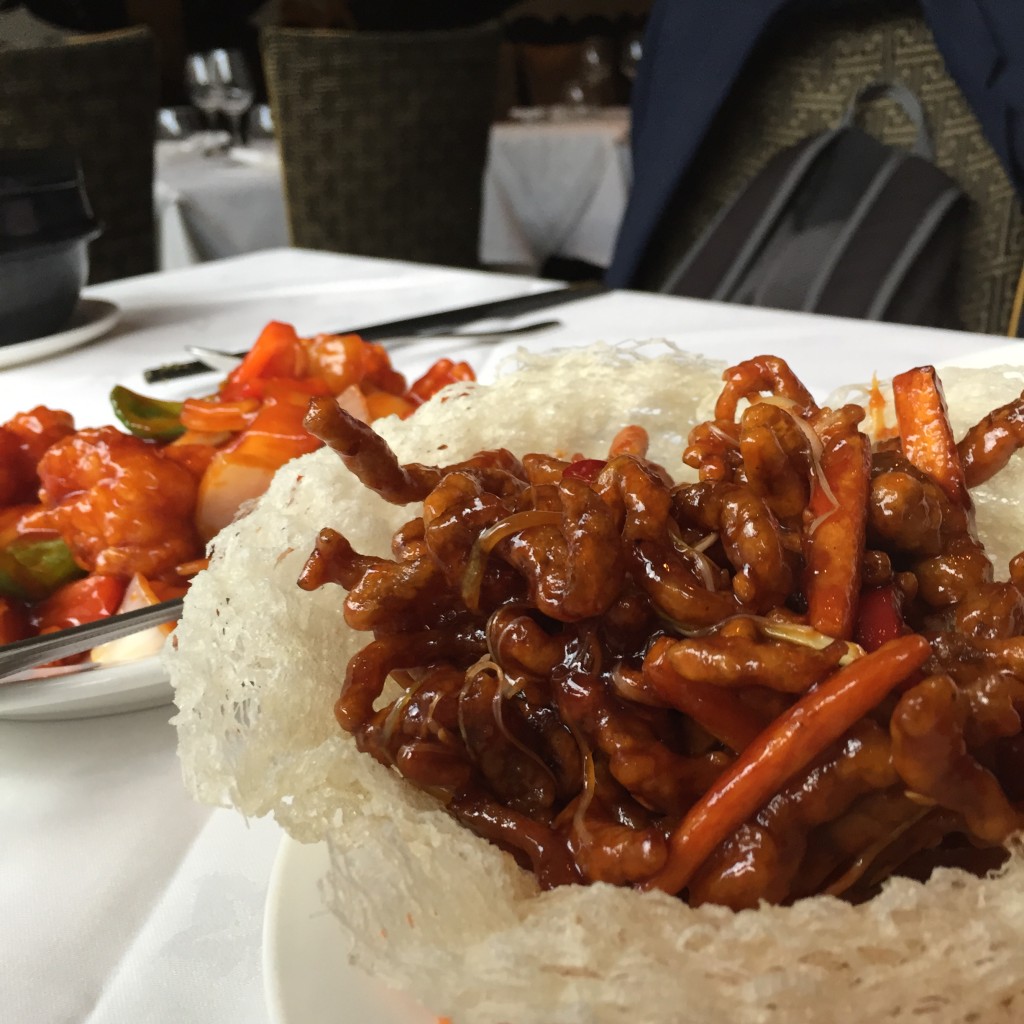 The flavours were all so good, and again, the portions were huge!   My favourite was the Crispy Shredded Beef as it had just the right amount of chili.

We managed to take home some Vermicelli Noodles and Beef in our doggie bag too, which we had the following evening and it still tasted great!

Situated on Fulham Road, the Royal China we visited is the smallest restaurant in the group. The restaurant is family friendly as there were many age groups seated around us, and it also has an outdoor patio area which would be perfect for al fresco dining. The signature Chinese mural covers one wall of the restaurant, while textured gold walls run along the other. We also found out that this Royal China is the only restaurant in the group to offer a home delivery service, makes us wish we lived closer!

I would highly recommend Royal China to anyone, we had a great night.

One response to “Royal China, Fulham*”