I am a huge fan of Street Art, no matter where I am in the world I will stop to take photos of it, so being given the chance to join Touriocity on a walking tour around Old Street and the surrounding areas learning about it was the perfect way to spend a sunny Saturday afternoon in September!

We met at Old Street roundabout and within minutes of walking we found this amazing stencilled piece and were soon told that the more colours that are within the street art means the more stencils they have to use! So this would be a three stencil piece and not a very quick job! 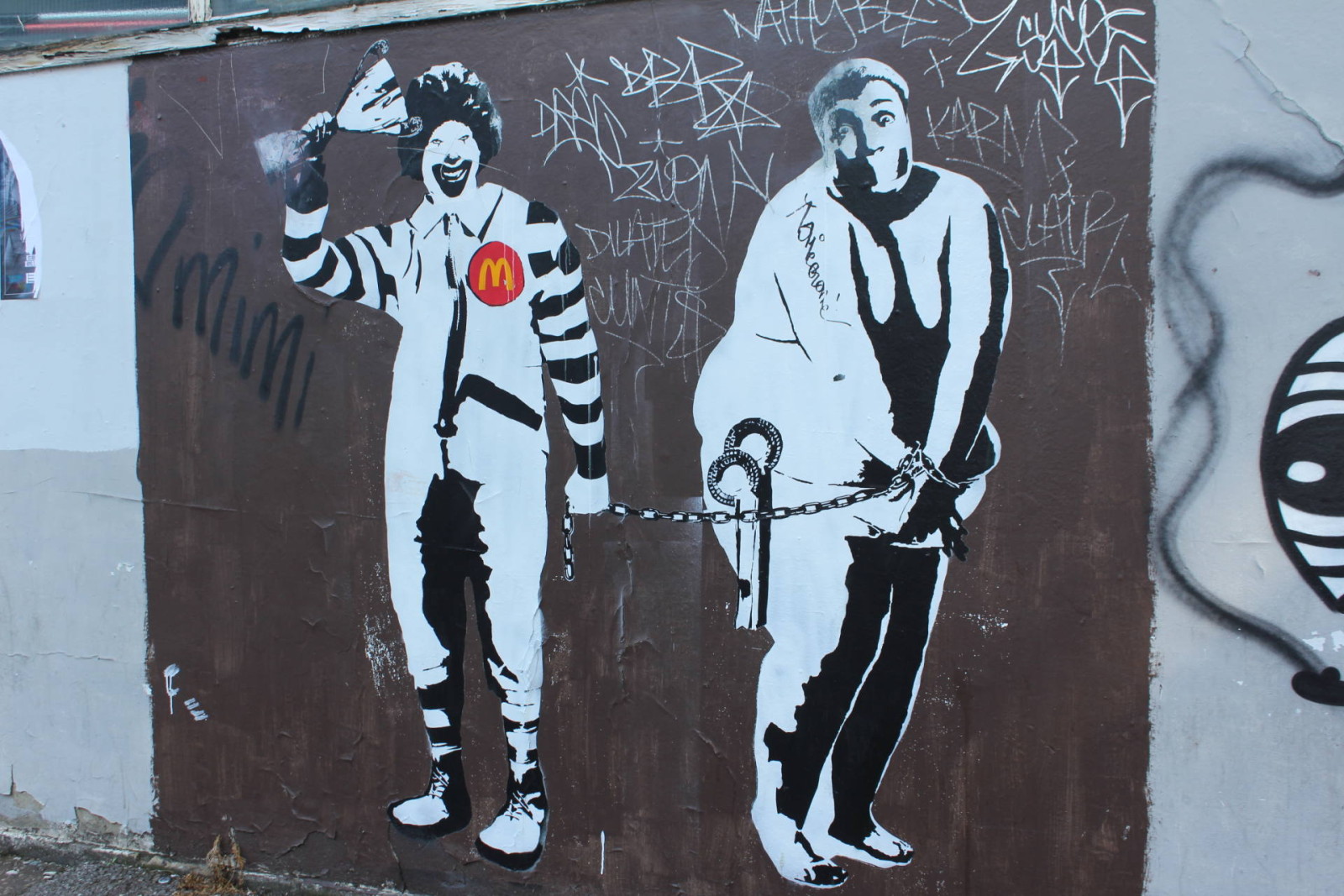 I won’t be showing you every piece we saw as I took over 300 photos on the tour!

Next up we had another stencilled piece that has caused a little controversy between street art lovers!  The owners of this building LOVE having this quirky piece of art by Mobstr on the side of their building but have had a different piece of art from below scrubbed off! Admittedly it didn’t say a very nice word but surely all street are should be treated the same?! 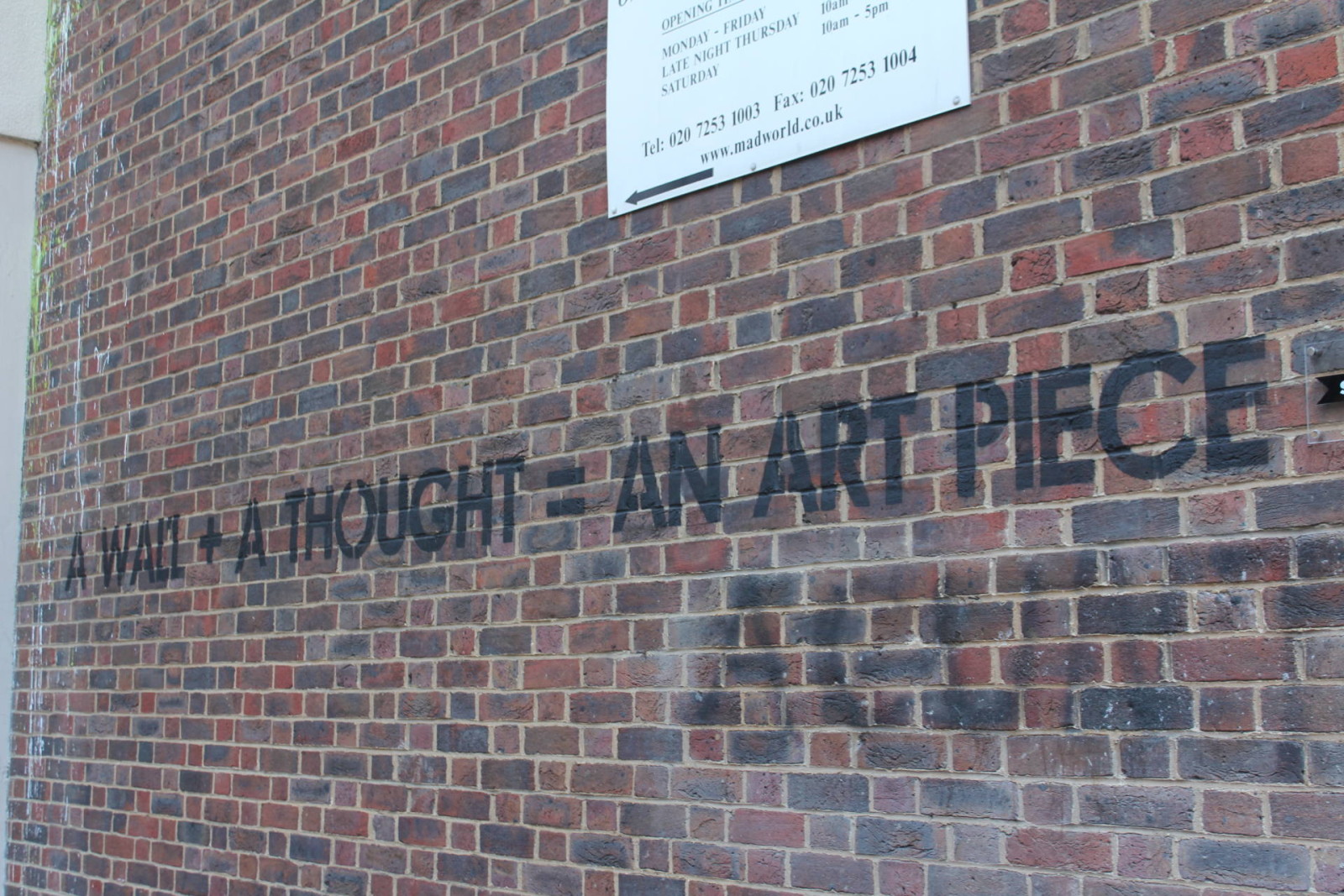 We found this familiar looking sports car down Blackall Street, an alleyway just off Great Eastern Street. Along here you will find work from some of the greats, including RUN, Swoon, Alice Pasquini, D7606, Dscreet ,Stik, Pablo Delgado, and Rowdy.  If you google these names you will instantly know their art work as it is everywhere you go!  I had seen a lot of the styles before this tour and now I feel pretty damn cool being able to tell people a little bit about the artists when we see them! 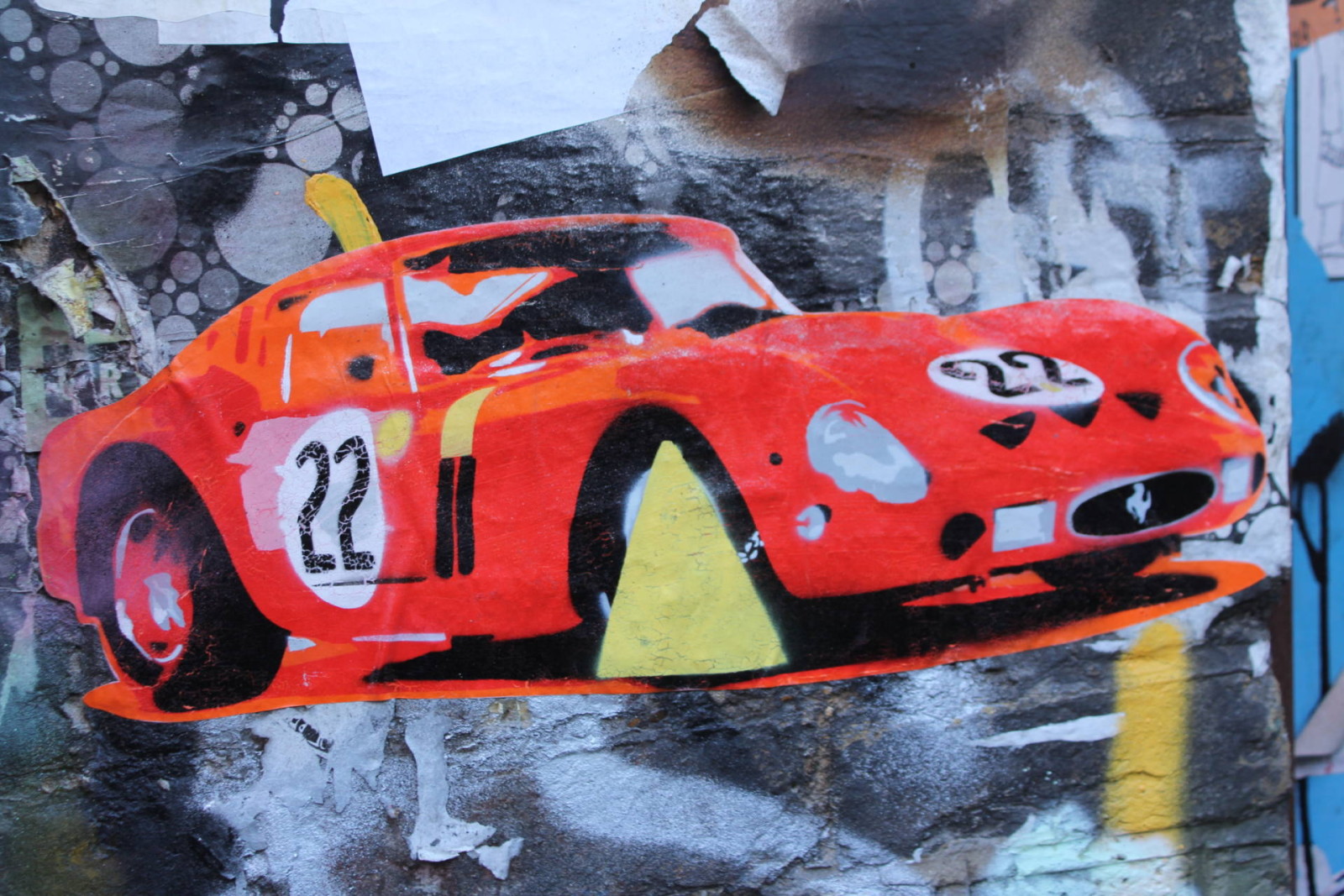 This Star Wars theme mosaic would be my favourite piece of the day as you can tell this wasn’t a quick job! This piece is in the style of Invader whose Space Invaders and Pac Man mosaics can be spotted all over London.  I just have this image in my head of the artist turning up with their tiles and grout in the dead of night to put this up; that’s total dedication! 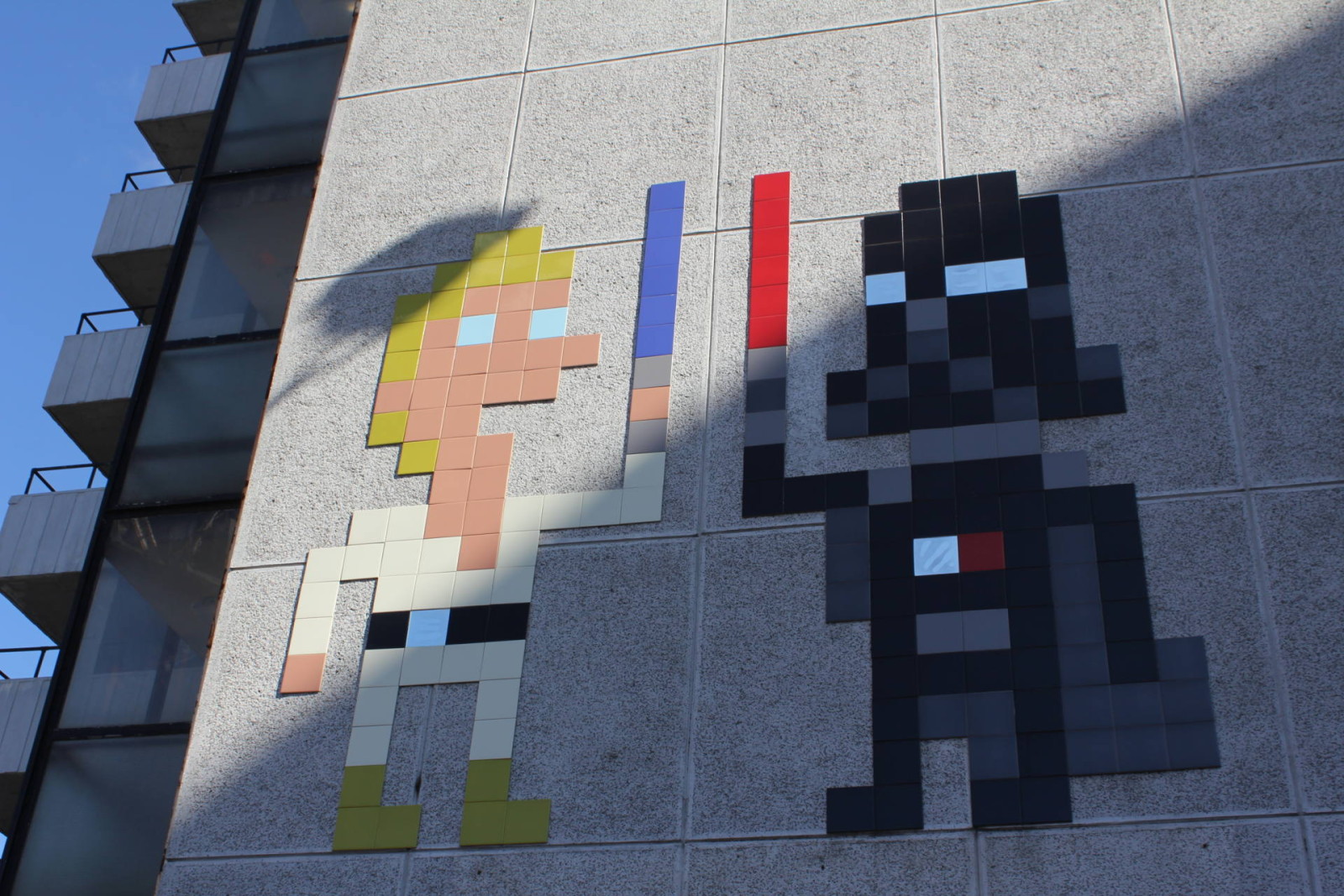 Oh yes, another controversial piece with two pretty awesome stories! Firstly, the street are world decided it would be pretty cool if there were to be a female version of Banksy so they created one, but she was actually a man and it didn’t stay secret for too long! Secondly, this piece isn’t far from Nike and as you can see this piece of art has mocked their famous ‘Just Do It’ slogan, but not only that, Nike have actually asked Hackney Council to have it removed which is highly ironic as Nike have commissioned some street art only a few minutes away! Luckily those complaints seem to have fallen on deaf ears! 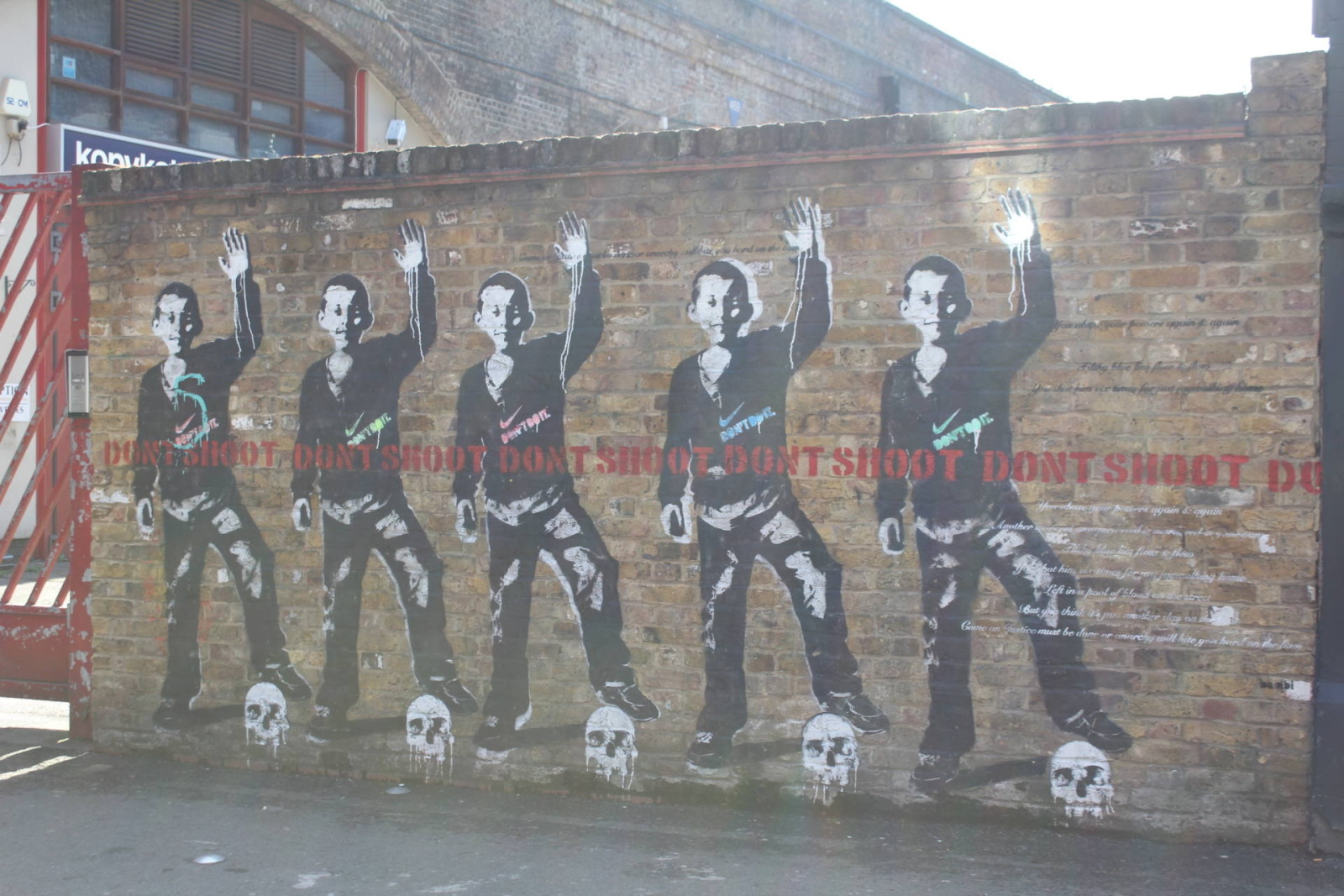 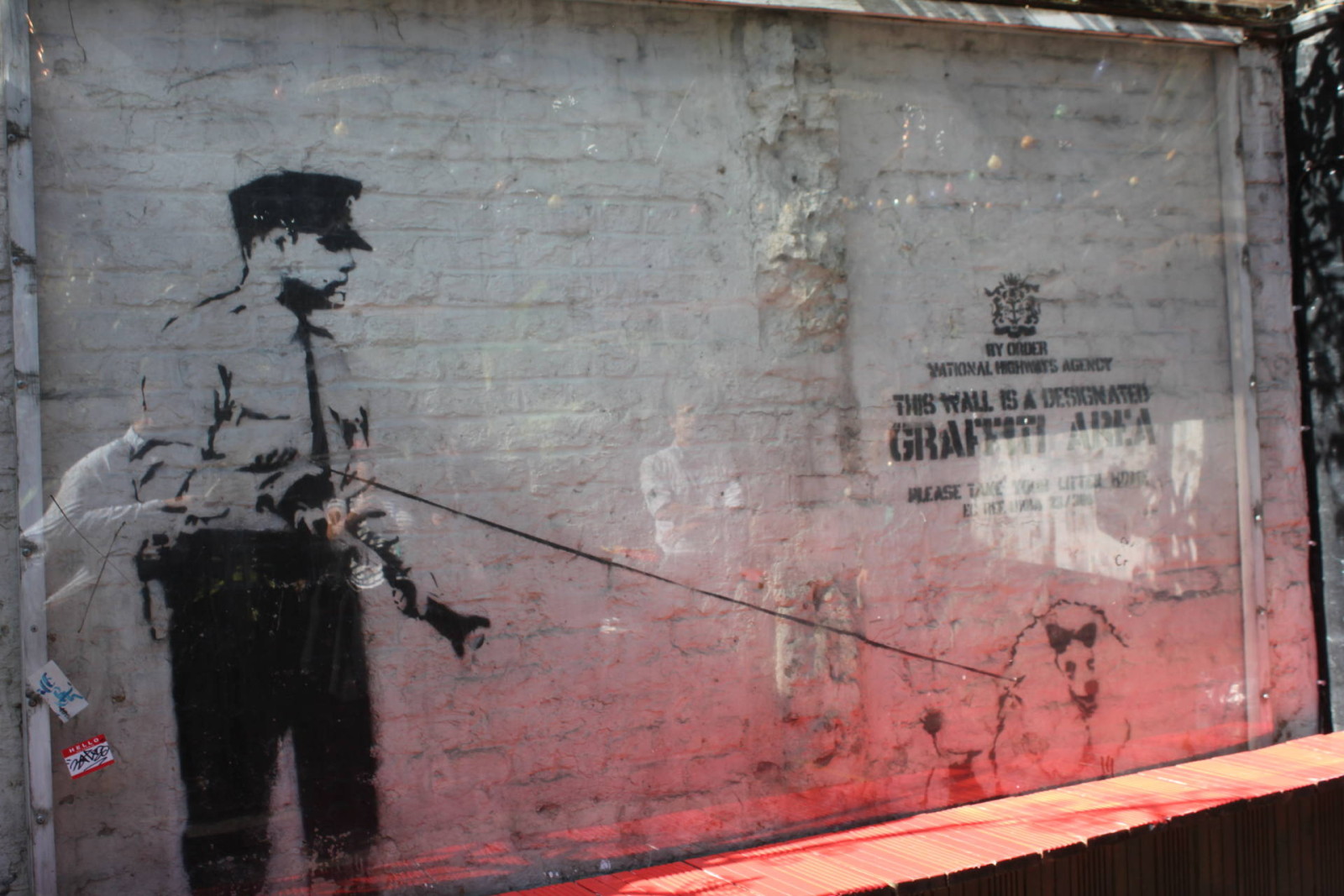 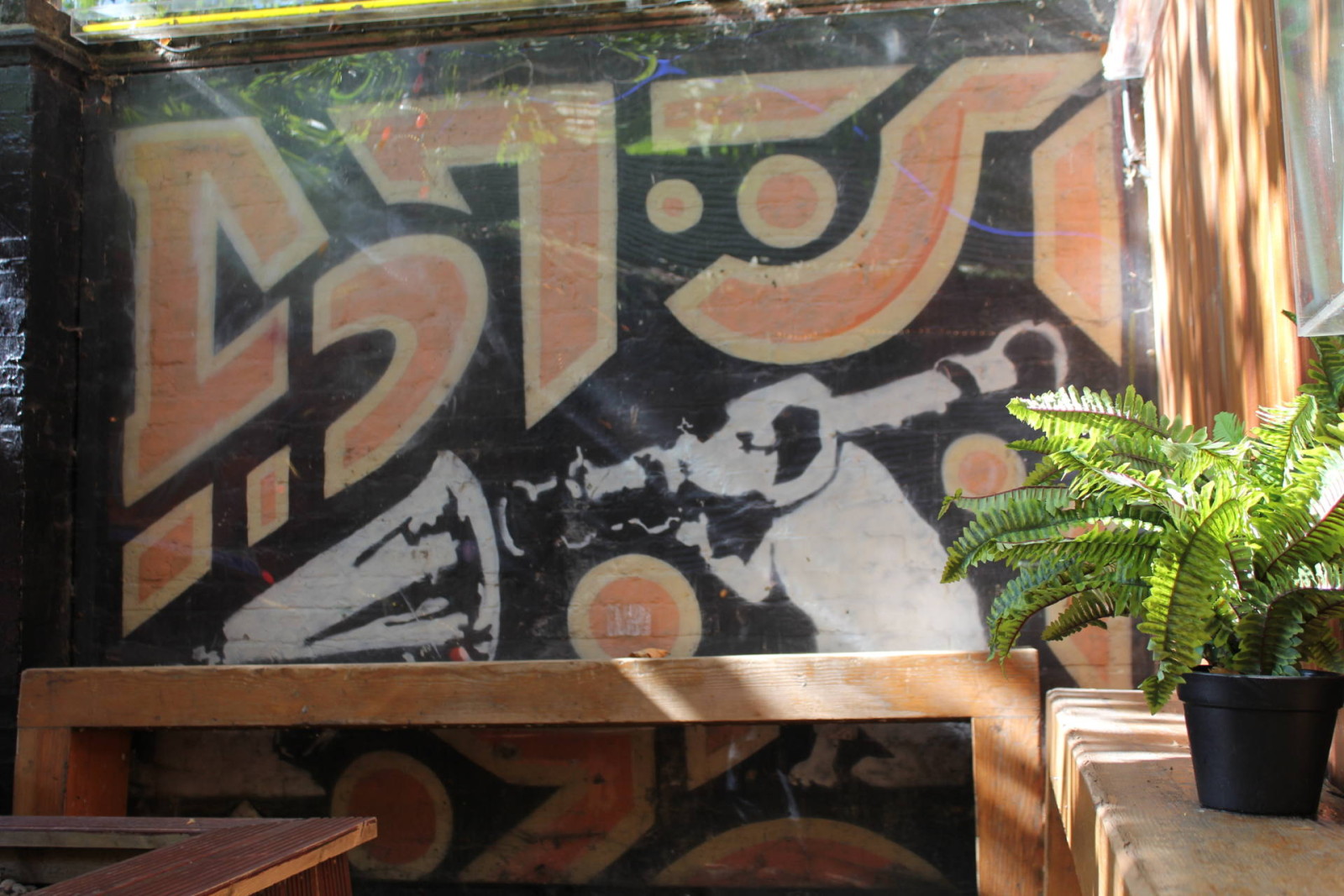 These pieces can be found in Cargo, 83 Rivington St.

I have spilt the rest of the tour into a second blog post as we then headed over to Soho to learn some pretty amazing facts!

Have you ever taken part in a Street Art Tour?