So this weekend was pretty much made up of the stuff you dream of! We had food galore, I saw some lovely blogger babes and spent some time with the in-laws so I thought I’d share some of it with you lot!

It all started on Friday when I had some great news at work, then got some even better news when I got home… this is all top secret for now! He he! And they I had what I thought was my first ever KFC!! Turns out it wasn’t but it had been about 18 years since my last one! We devoured that and watched Fargo, the original film and it was awesome!

Saturday started as every Saturday does, with a circuit class run by a friend of mine, but after that it was a quick rush home to shower and get changed to head to Bethnal Green for a Bloggers Brunch! I was a little early, as the trains run quicker than planned, so I took the chance to photograph the funky street art. 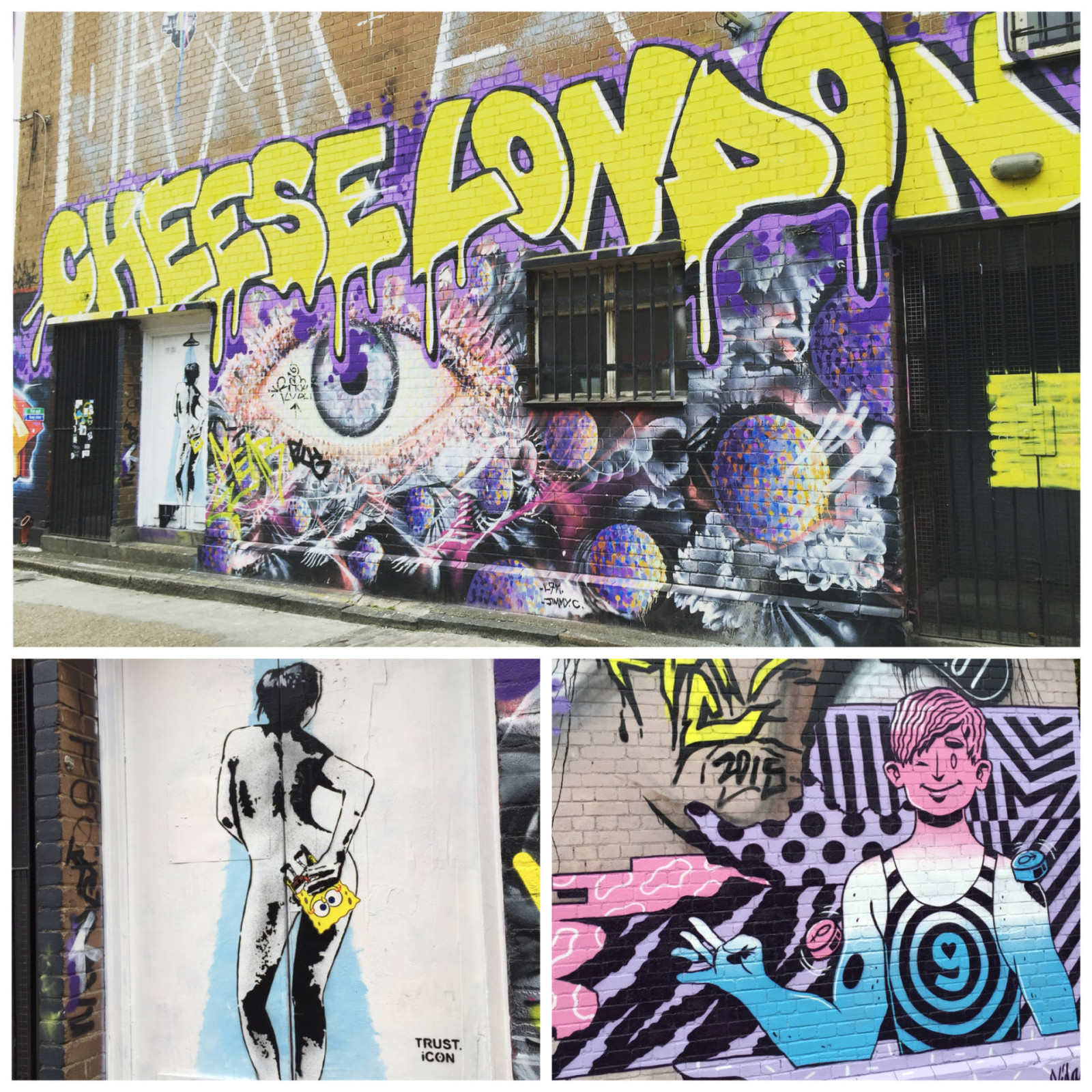 We brunched at Resident on Paradise Row. I was joined by Emma, Milly, Charlie, Viki, Charlotte and Uli for some rather lush food, but pretty awful service! 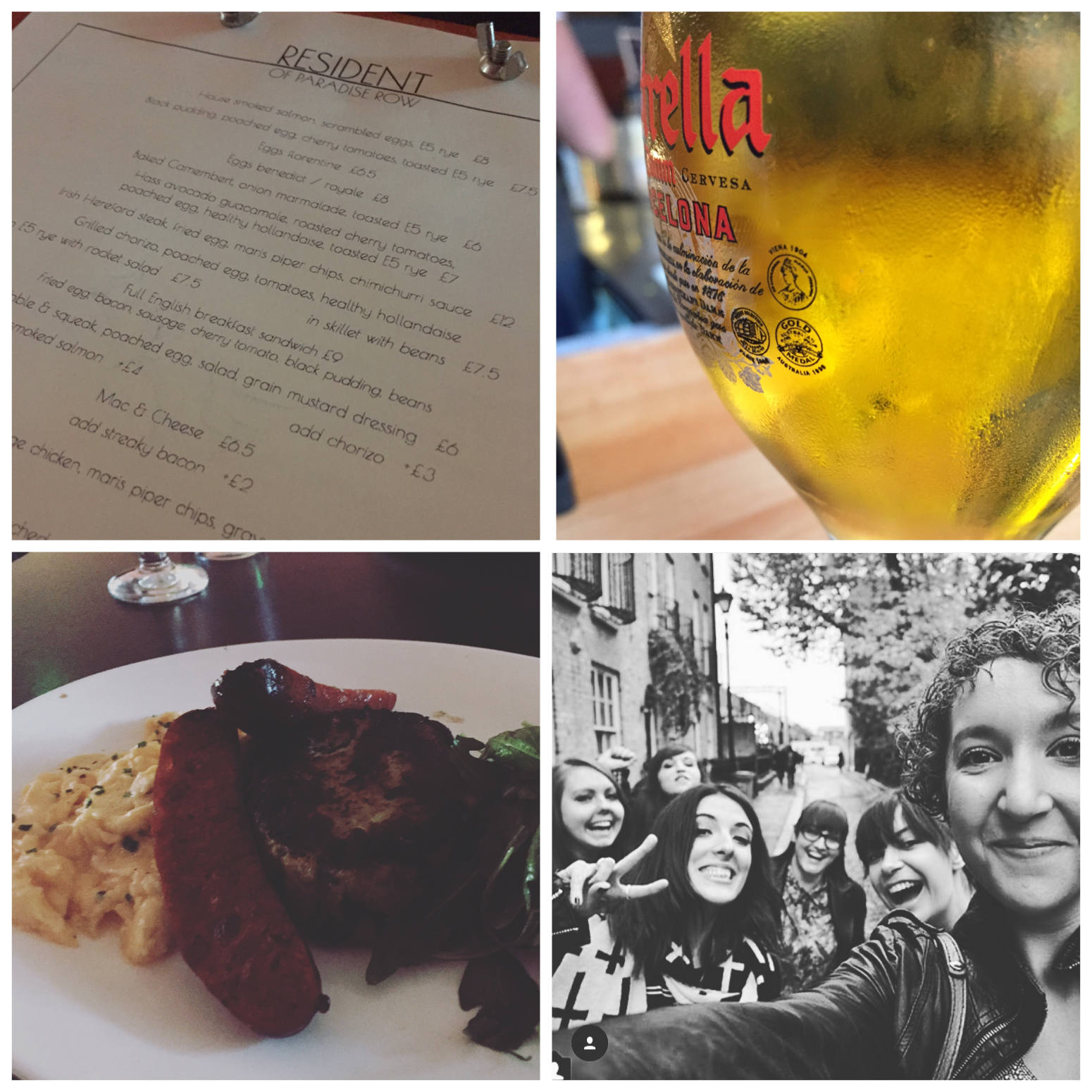 In true blogger style we did complain and made them aware we weren’t happy with our experience and they did all they could to help rectify it!

So after a quick journey home, I grabbed my car and headed over to the chaps parents house to celebrate his mums 60th birthday! We had planned that the incredible Richard from Reem Catering would come over and cook us all a three course meal! 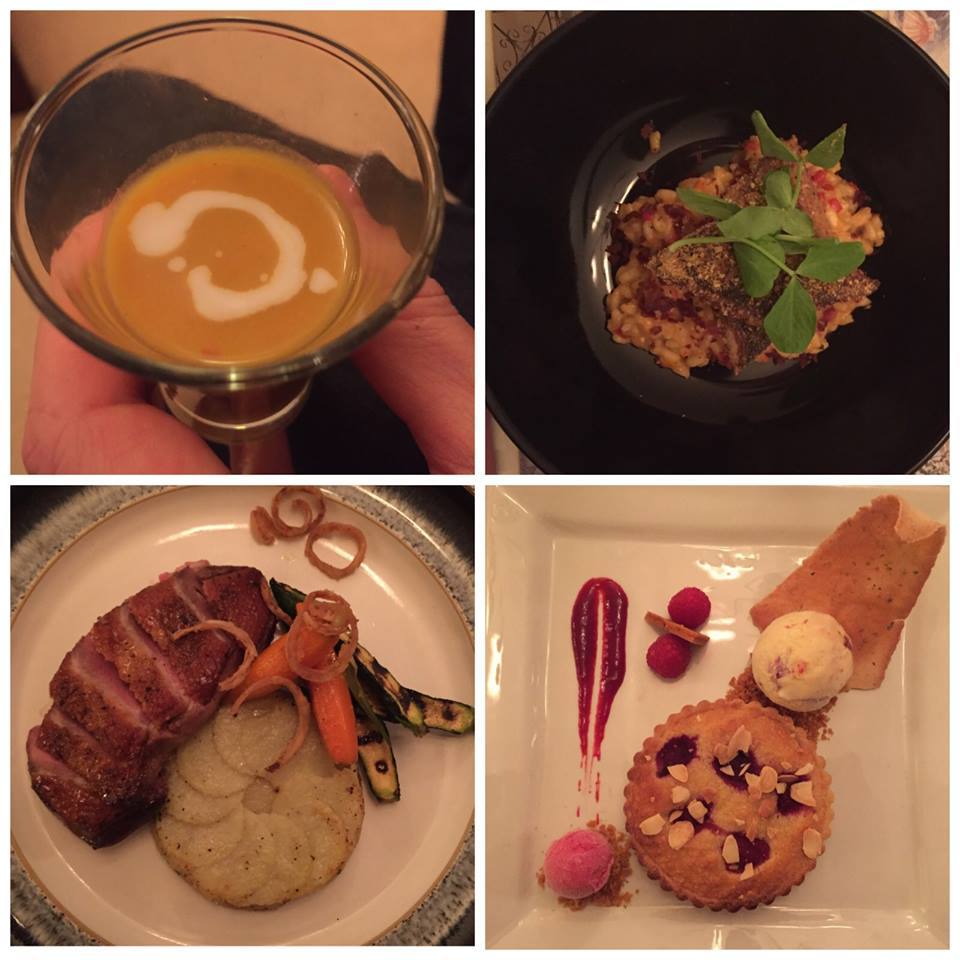 We had salmon bellini’s to start with soup canapes, then Red Pepper Crumb & Chorizo Risotto with Sea Bass which was out of this world! Second course was Breast of Duck with Crushed Peppercorns & Honey with Sarladaise Potato, which I really didn’t want to end! Then our dessert, oh wow, was Raspberry Frangipane Tart, Honey & Raspberry Ice Cream! The raspberry sorbet was incredible! If you’re ever looking for something a little different then a night with Richard cooking for you in the comfort of your own home is the answer! The kitchen was spotless and we even had a waitress!

Sunday then brought even more food after a much needed lay in! Our first stop of the day was to The Big Red Bus in Deptford that has been taken over by Wunderlust where we dined on amazing roast beef and filled ourselves to the brim with brownies, but more on that later in the week, there’s a blog post all about that lined up for you to dribble over! 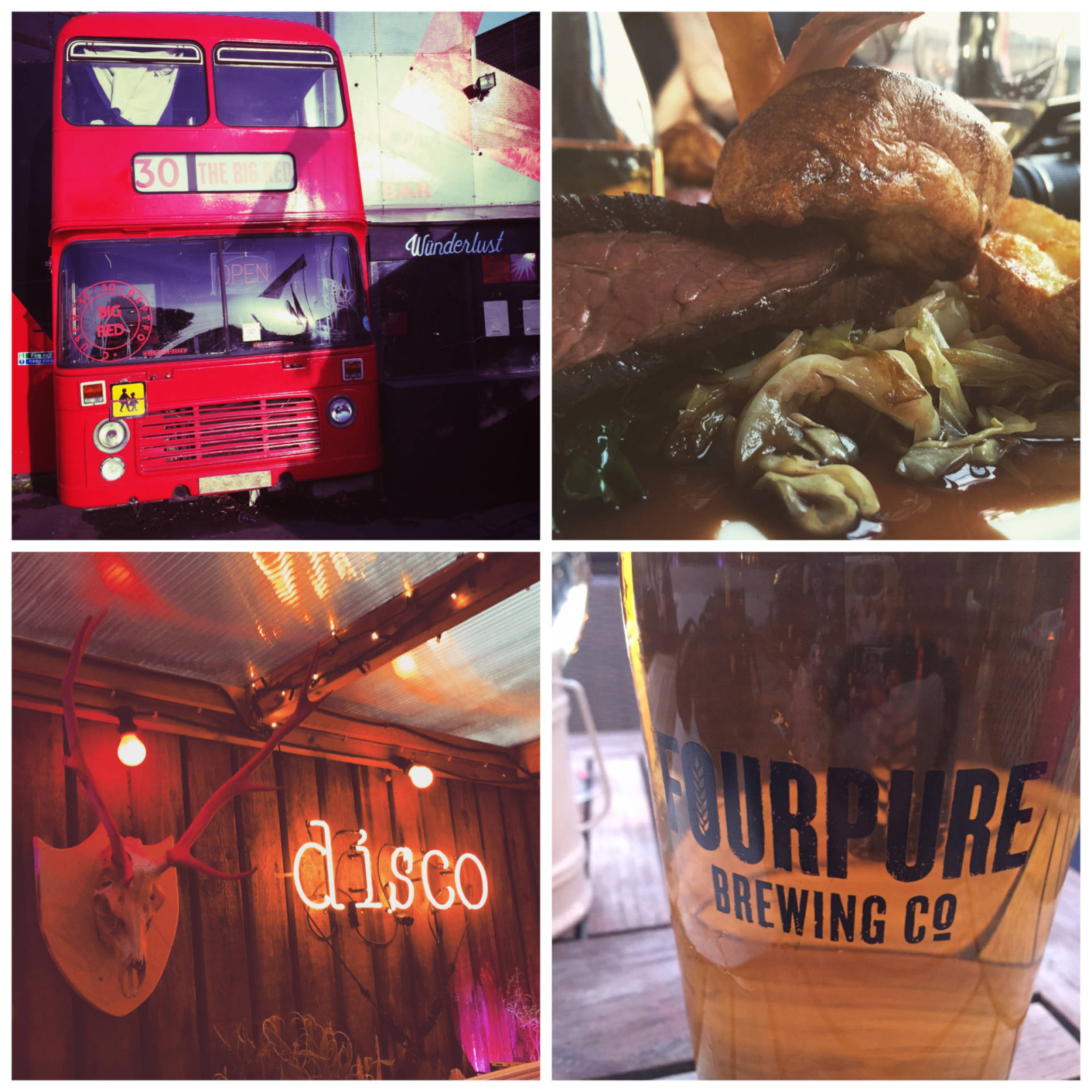 Once we had finished up at Wunderlust we jumped on the train over to Hackney Wick for round two of abq London. 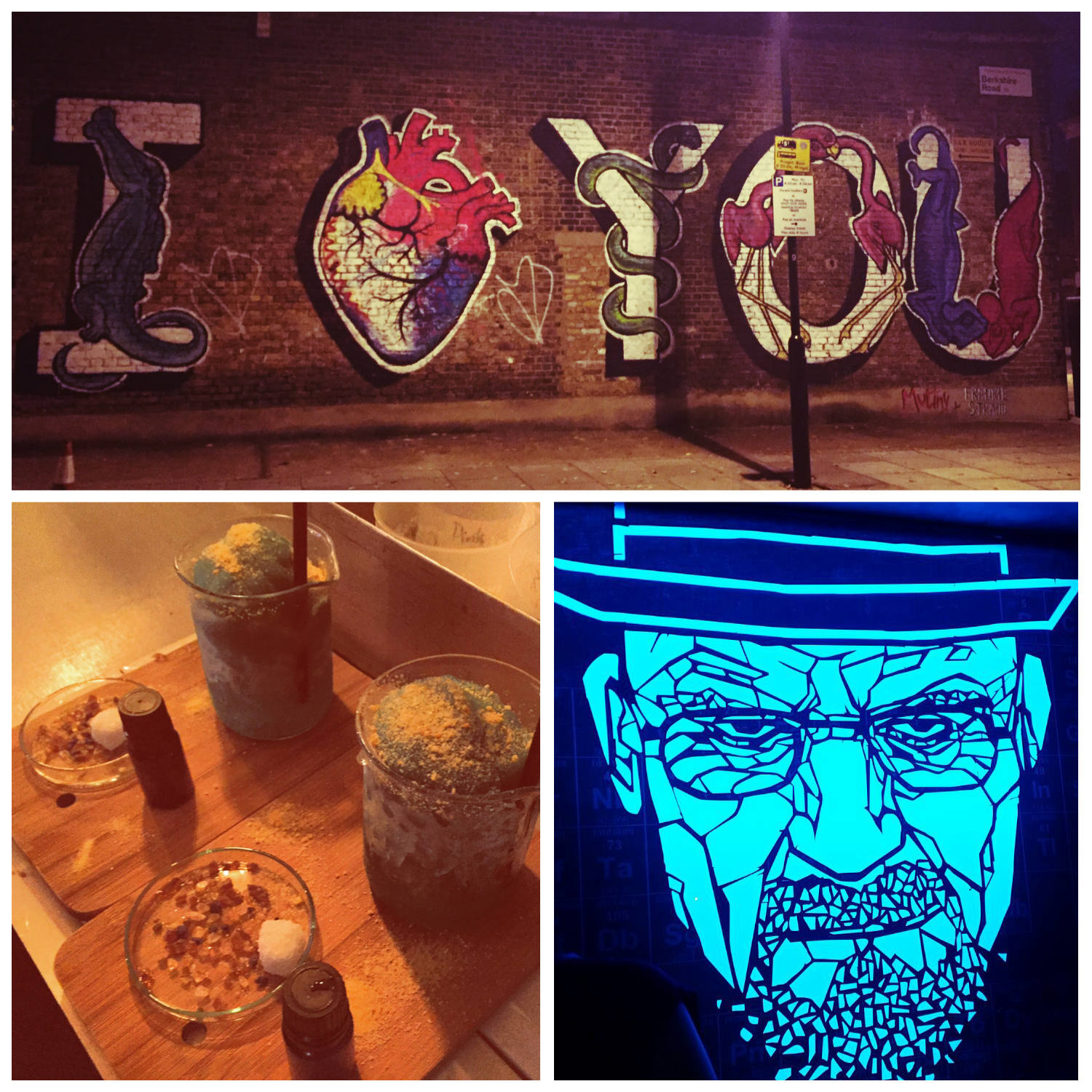 The event has come on leaps and bounds since their preview night with the addition of actors and the cocktail making being far more hands on. Well done guys, we think you’ve nailed it!

A weekend with the chap totally meant time for selfies galore… 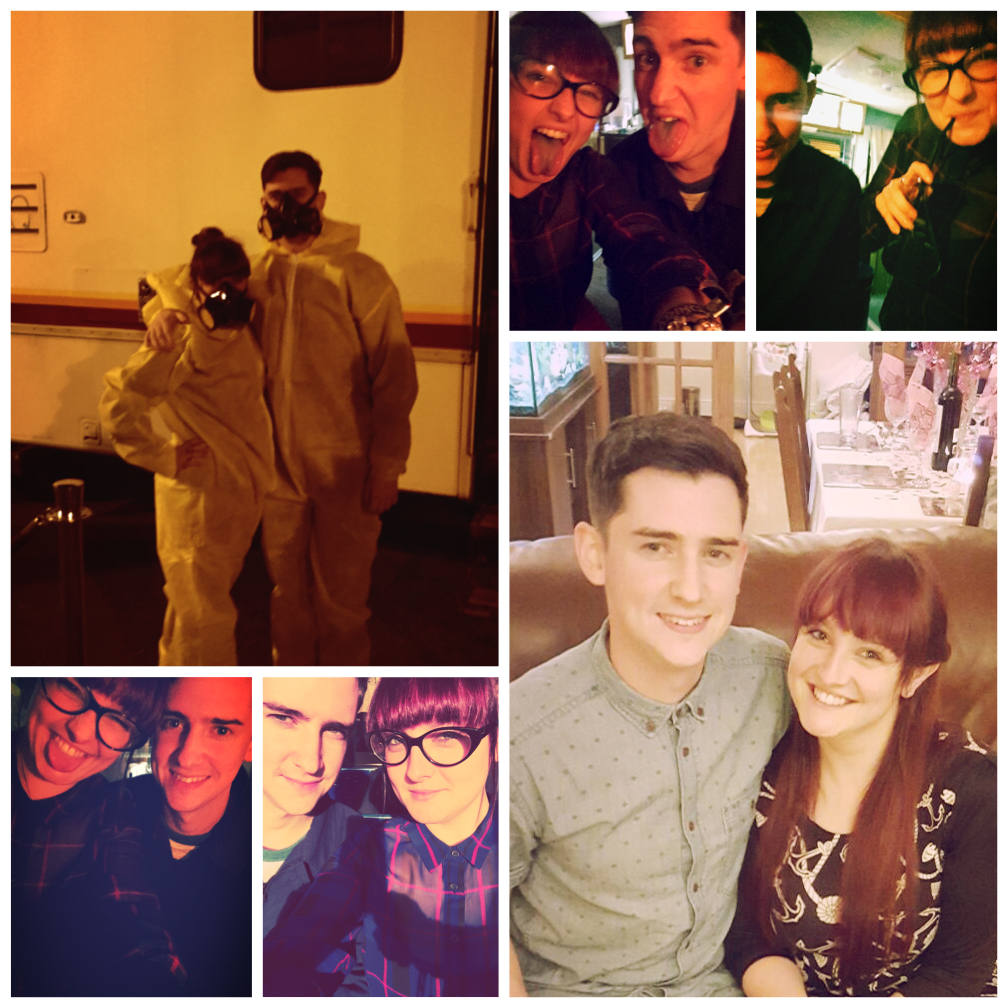 We rarely do serious… can you tell?! This was such an awesome weekend and keep your eyes peeled for the Wunderlust post this week!

How was your weekend?

Refresh and Restyle: 7 Ways to get…

Song of the Day!

One response to “This Weekend!”