A number of Blackpool residents reported an extra terrestrial sighting this week as an otherworldly being was spotted in the basket of a young boy’s bike on the streets of Blackpool. 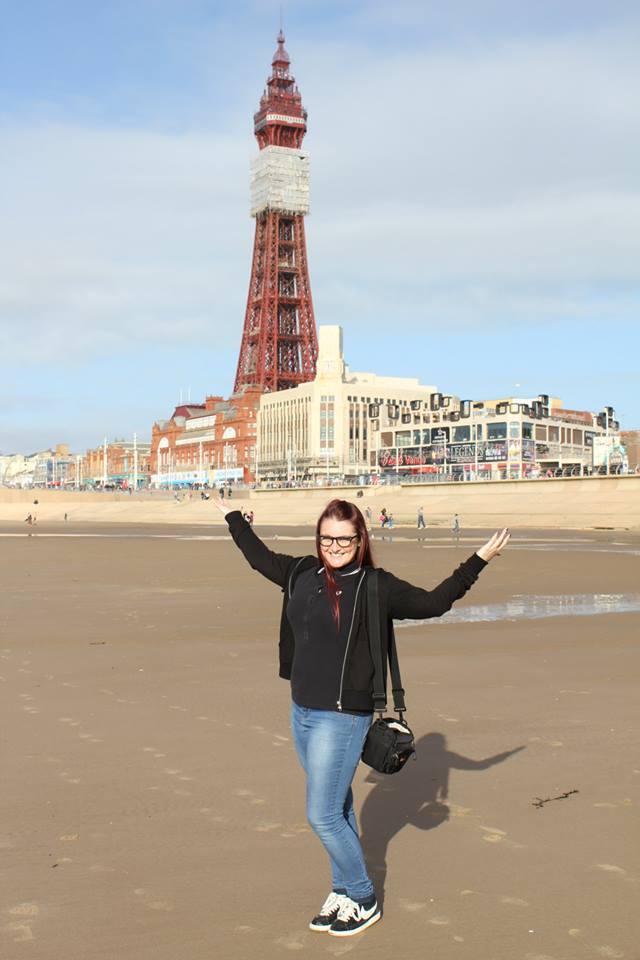 It’s not the first time aliens have visited the Fylde Coast (and no it wasn’t me!!), a UFO hotspot in the UK which received six reported sightings last year according to the Freedom of Information Act figure. As the nights draw in, Brits more likely to report sightings according to ufologists. 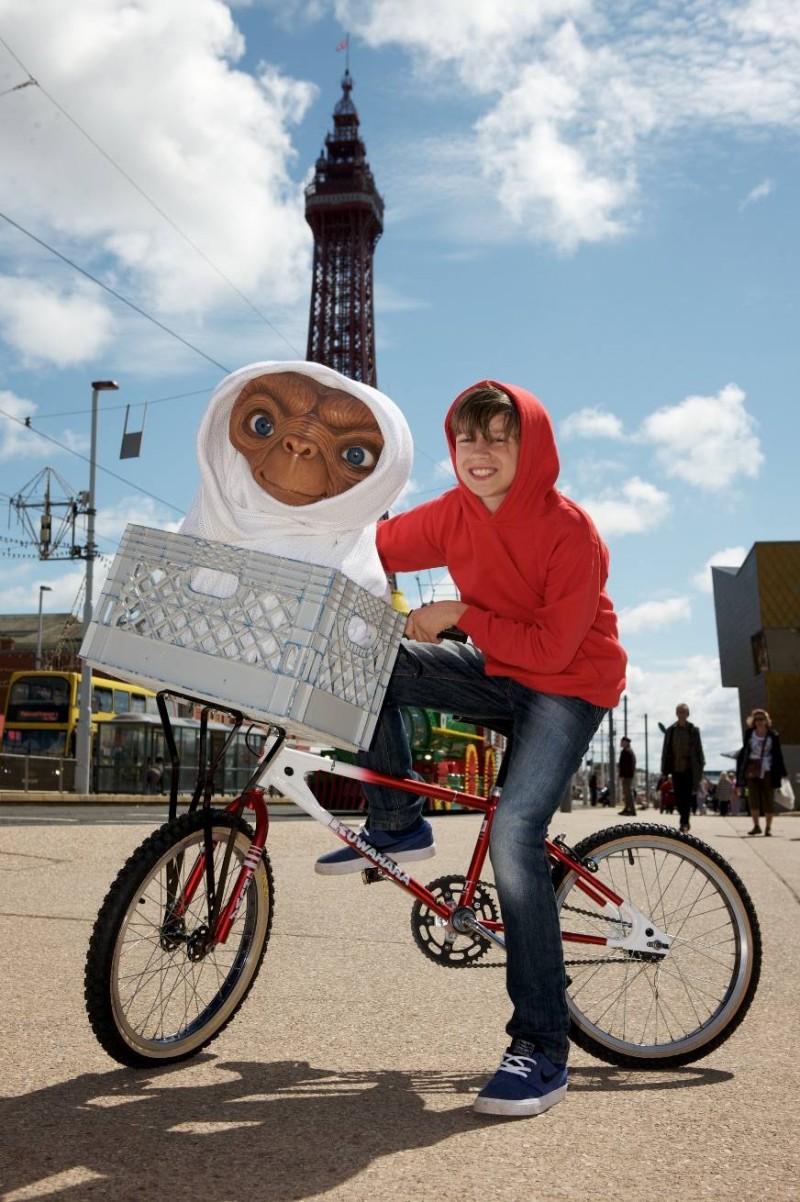 Local boy Oliver, 9 from Blackpool befriended the amiable alien as he hopped on a bike in the iconic red hoody as worn by the film’s lead character Elliott, to give E.T. a grand tour of the town.

The pair were spotted phoning home from the traditional red phone boxes on King Street, whizzing down the promenade past Central Pier and in front of The Blackpool Tower as they took in the sights and sounds of the town.

E.T., which was released in 1982, tells a timeless story of friendship after a boy befriends an alien stranded on Earth. Over the last 30 years, the movie has gained cult status and remains an all-time family favourite. 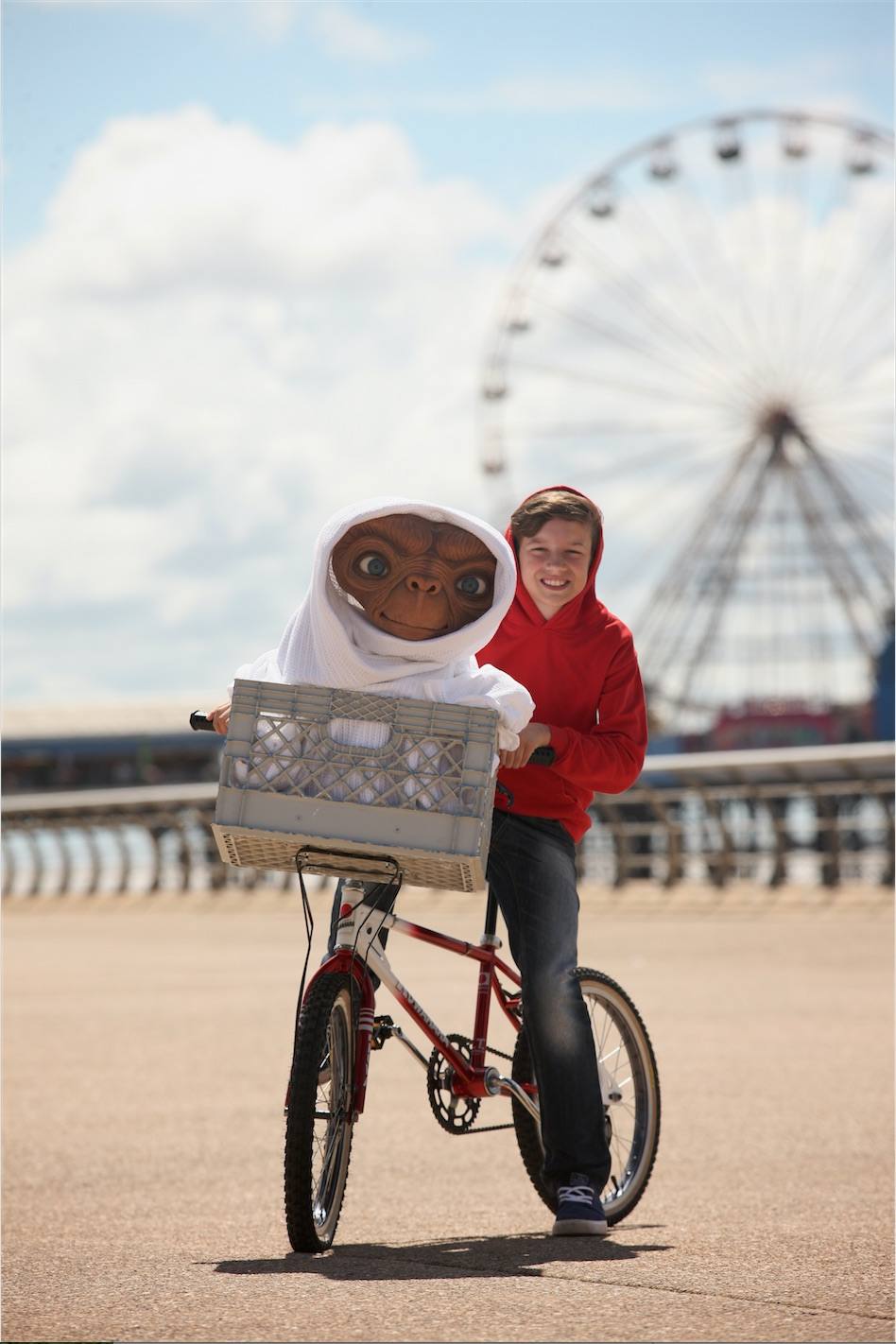 Matthew Titherington, general manager at Madame Tussauds Blackpool said: “E.T. is one of the most iconic characters in film history. The antics of the loveable alien have entertained generations of families so he’s the perfect addition to the attraction.

“With half term coming up we can’t wait for the kids to come in and get photos with him, recreating the classic pose on the bike.”

The E.T. figure will be at Madame Tussuads  permanently joining other fictional characters including  Bob The Builder, Spiderman and iconic puppets Sooty and Sweep.

How to Find Wedding Bands You’ll Both…

When Booking a Hotel what Ratings should…

How to Plan a Fantastic Adventure Holiday…