As you all know I had Laser Eye Surgery on Friday 15th Jan, and a hell of a lot of you have been asking questions on my social media about it so I thought I’d answer as many of them as I can here for your reference. These posts will come in two parts… on the day here, and a second post of the aftercare.

It took me between three and five years to finally give into having laser eye surgery done as I’m such a nervous person, I was actually convinced that with having one eye long sighted and one eye short sighted that they’d get them round the wrong way and I’d end up worse than what I went in with!

My dad did lots of reading up on the process, different types of laser, different companies that offer it and we came to an agreement to go for a consultation at Accuvision in Fulham at the end of December. I was still unsure if it was really what I wanted as I was so scared about it all but the consultation was so thorough that I was swayed! I knew the procedure would give me up to 15 years without reading glasses and I loved how honest they were, they didn’t promise me perfect vision for the rest of my life as this would be ridiculous as your eyes start to age. But the thought of 15 years being glasses free was enough for me to book up there and then.

I opted for the LASIK laser treatment and I’m going to share with you exactly what it says on the website in short form… SKIP THIS IF YOU’RE SQUEAMISH!

LASIK eye treatment is comprised of two stages: firstly, a thin, hinged flap of corneal tissue is created at the surface of the cornea using a highly sophisticated, precision engineered, fully automated device for creating predictable sub 100 micron flaps.  The flap is gently lifted and placed to the side, exposing the stroma of the cornea ready for the application of the laser, the second stage of the treatment, to re-shape the cornea. The laser vision correction takes only a few seconds and is completely computer controlled for speed and accuracy. The patient simply needs to observe a flashing light above. The flap is then re-positioned onto the cornea and a protective contact lens is placed over it to help the flap settle after treatment. The protective lens is usually removed at the first post-operative visit the following day.

On the morning of the 15th Jan I got ready for work as normal, taking one last glasses selfie, just with no make up and hair spray, and began my day as I normally would.  I did my half day at work, and I’m not going to lie, I was filled with nerves and felt rather sick, but people kept telling me I was about to change my life… a little extreme right?! 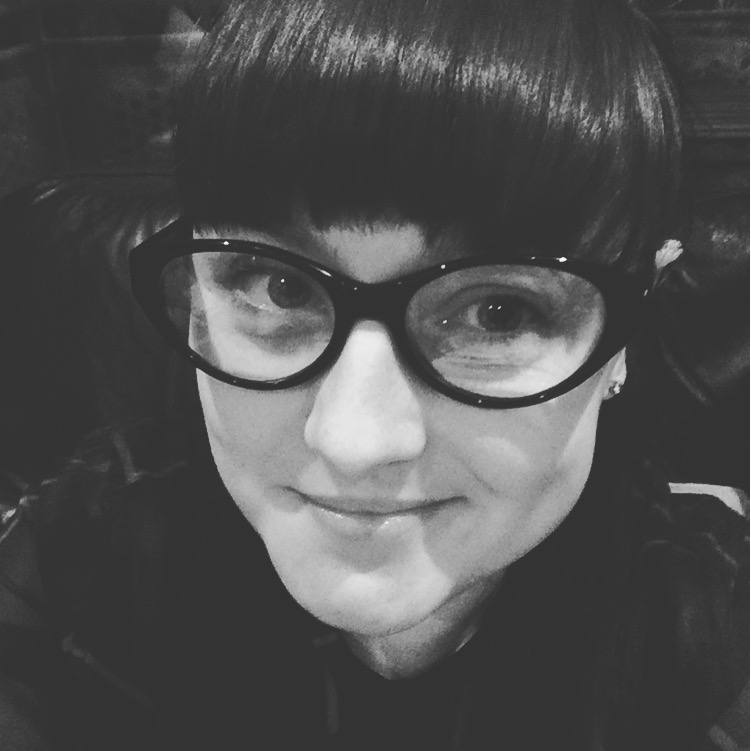 I took off all my jewellery and pushed my fringe back before being taken into the first consultation room where they checked my eyes, took my glasses and we had a good giggle. That certainly helped my nerves! I donned a very sexy hair net, covered up my shoes and waved goodbye to my awful eye sight!

In the next room all of the above happened with local anesthetic in my eyes so I was able to see certain aspects of it but none of it made me panic as much as I thought it would! The team that were there with me were incredible; I had one nurse letting me squeeze her hand, one operating the machinery and one great guy talking me through everything that he was doing.  They did a practice run of the how the clamp would work as they obviously have to keep you from blinking which stopped a lot of flinching on the real attempts!

I did get a little more nervous for the second eye which the team call ‘Second Eye Syndrome’ as you get a bit jittery that you want it over and done with. The team handled my flinching and stress so well, and they even kept reminding me to breathe as I kept forgetting!

I make it sound like the worst experience ever, but all you have to do is lay back on the bed, breathe, and look at the green light and it really was that easy! I look back at it now and wonder why it took me so long to do it, and it was no where near as bad as I thought it would be.

Within around 8 minutes my eye sight went from -0.75 and +1.75 back to perfect vision; there was no pain, a decent amount of banter, and certainly no burning smell that many have mentioned!

I was told to sit up slowly and my sight would feel a little underwater due to the op but this would clear up within a good few hours. I may have felt like I was swimming but I could see things so much clearer than when I laid down! I wandered back into the waiting room to see my parents and they were amazed at how well I’d done, and how quickly it was all over.

After about 5 minutes I was called back into a consultation room for them to check the procedure had gone well and that the protective contact lenses they had put in were settled. I was given the all clear to head back to our hotel room and instructed to put the antibiotic/steroid eye drops in every hour to ensure my eyes were moist. Lucky mum and the chap had that job, I’d be useless doing it by myself!

For the cab journey to the hotel I wore sunglasses but wanted to look and read everything but I had to rest my eyes. Back in the hotel room I popped on my pyjama’s and laid on the bed in near enough total darkness with my eye closed, eye drops every hour.

Mum did a great job of keeping me company for around five hours before the chap turned up, I thought then I could have a sneaky look out of the window to see how far I could see… 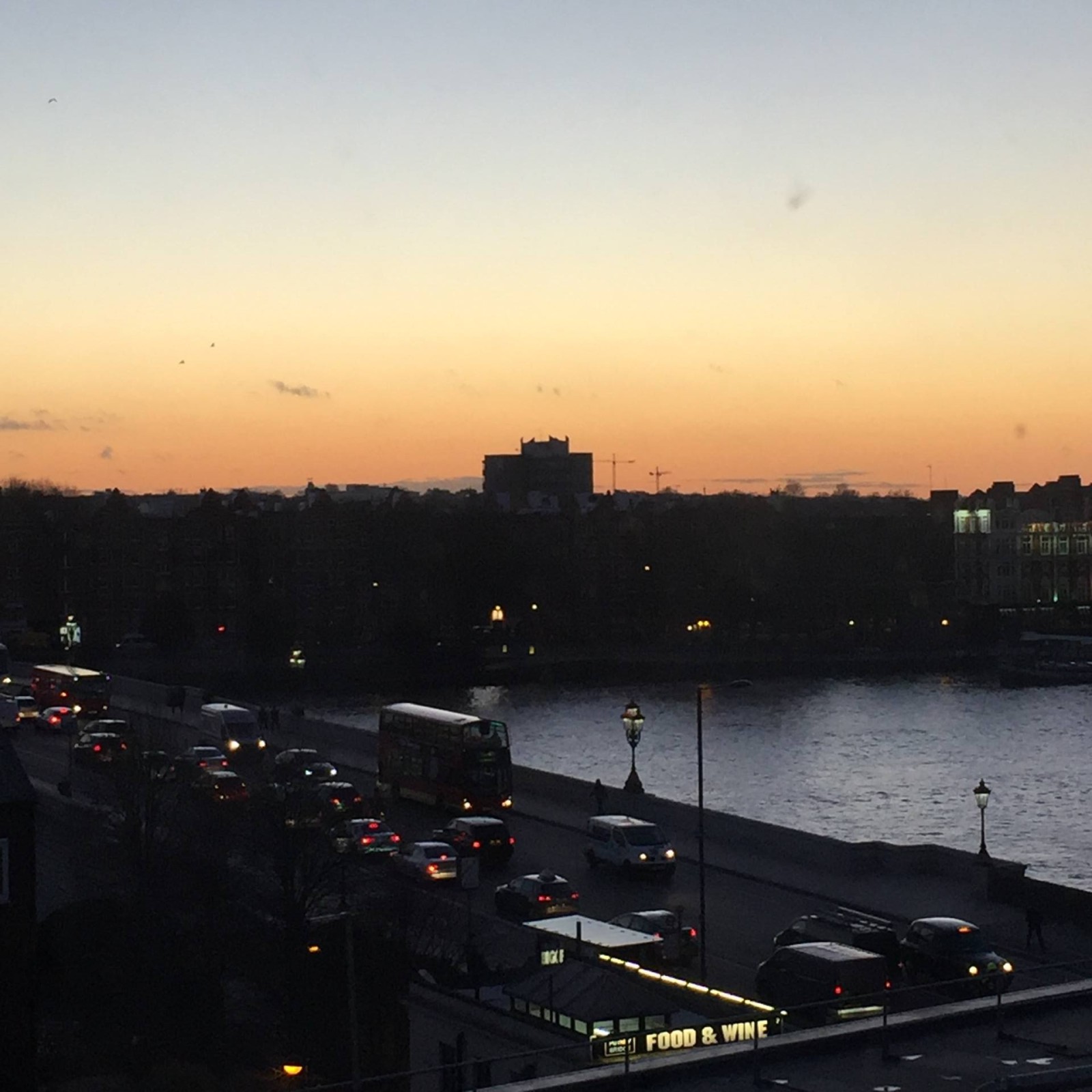 Not a bad view over Putney Bridge at all. After my sneaky peak I laid back on the bed while the chap ordered us some food, I wasn’t ready to go out and wander for my dinner, or even pop down to the hotel restaurant; I was too worried that I’d mess up all that I had had done that day!

We had a great peri peri take away and played along with ‘8 out of 10 Cats does Countdown’ with our eye closed so the chap didn’t have the seeing advantage over me, we were useless! I soon fell asleep and didn’t wake up til 5 minutes before our alarm, I had anticipated a restless sleep due to having to keep the contact lenses in, but they made no difference what so ever.

Part two will be live on Saturday after my weekly check up.

If you have any questions I’ve not waffled about here please don’t hesitate to ask on Twitter, and I will do my best to help out!