Resolution Rehab: Getting Back on Track

Almost a month into 2016, I’m fairly sure that many people have spectacularly crashed and burned trying to maintain altitude on their new year’s resolutions; they’ve nosedived and had to hit the ejector seat into complacency, where they’ll attempt another lift off next year. This is by no means intended to be a ‘holier-than-thou’ prose, nor am I laughing at the misdeeds of others. On the contrary, I believe it’s never too late to regain altitude and stick with those difficult resolutions; before you know it, you’ll be flying first class.

Sticking with a resolution once you’ve gained some solid ground isn’t actually the hardest part. When we are used to certain habits and routines, falling back into the ease of smoking, drinking frequently or even lazing about on the sofa is all too familiar, and therefore the most attractive option after a long day of work or studying. The hardest part is breaking the cycle of routine, which gives you an opportunity to overcome complacency and create healthier routines. 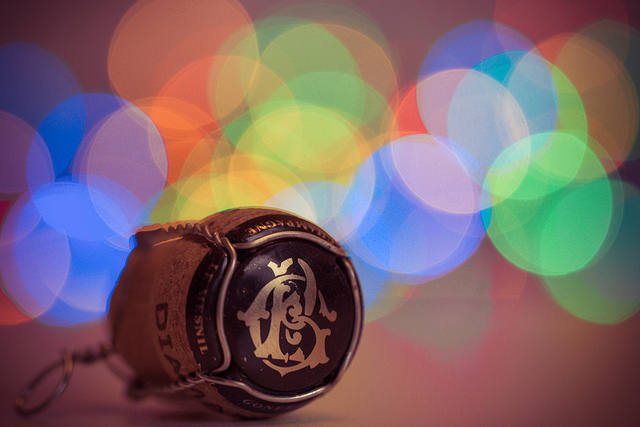 In aid of anyone waning on the path to absolute self-satisfaction, we hereby open resolution rehab to look at various common scenarios which we’ve scouted from across the internet in an effort to help those desperate to improve. Shall we begin?

Smokers have an excellent way of admitting defeat before the bell has even rung, somehow deafening the nagging voice which screams at them every time they light up a cigarette. The biggest mistake smokers make is attempting to go cold turkey; they have themselves a symbolic last cigarette and then stew for days until they finally break and ultimately feel ashamed for sparking up again. This approach is wrong on many levels and discredits the many methodologies which exist to make the weaning process much easier; tobacco is a drug, and your body will react negatively if you cut off the supply in an instant.

A method which gained massive popularity over 2015 was vaping; these are usually electronic cigarettes which recreate the feeling of smoking, except they use a liquid which is burned and inhaled, thus creating the vaporisation effect. The government is dragging its feet, probably scared at the thought of purposely stemming tobacco revenues, but soon e-liquids and vaporisation solutions will be regulated in a similar fashion, making the process of finding a suitable smoking substitute much easier.

Luckily, we don’t have big tobacco to contend with as much these days, as they’ve been relegated to a voiceless, brand-less ancient monolith which is barred from ever creating an ‘engaging social media presence’ to entice young people to their doom.

I wanted to exercise regularly, but finding the time or effort is already proving difficult

This is especially common when you’ve made that cracking decision to exercise regularly in 2016, but haven’t planned much beyond that. In order to stick to a workout routine effectively, however busy you may be, a bit of forward planning is absolutely necessary in order to give yourself a standard to strive for. Without a goal or any clue of what you’re doing, you’ll end up going in circles and ultimately burning yourself out which will put your squarely back at phase 1.

Remember, you’ve got an entire year to improve your health and forge a fitness plan which responds well to the needs of your body, so don’t rush anything and take the time to seek wisdom on the subject. There’s plenty of varying methods for all levels of experience; interested in biking but want something easier to get you started? Try an electric bike. Or perhaps you want to get fit but can’t afford a gym membership? Find somewhere local, such as a local park, and get yourself familiarised with it so you can exercise regularly and know exactly what you’re doing there.

Most of all, patience is the key. No doubt plenty of resolution holders quit after the first week after failing to see the results they wanted, but getting into shape and into an ideal frame of fitness takes time. Giving up will only make the process longer, so find a suitable motivation and stick with it.

I want to travel but I don’t know the right time, where to go or how to make it happen

Many people make a resolution to travel more, but because it’s typically something that we plan over a longer period of time, these ambitions can often fall to the wayside or fail to materialise as the more pressing issues of everyday life arise. Travelling is a wondrous experience but also takes unwavering commitment in the face of various roadblocks and inconveniences; there’s many ways these can serve as logical justification to curtail your travelling plans, but it’s important to be somewhat selfish in these situations and focus on where you want to be.

The more planning you put into your potential travels, the easier it will be to accomplish. As a suitable motivation, you can pledge your travelling time as a volunteer abroad for various causes. This way, if you feel like backing out again, you won’t only be letting yourself down but also everyone you promised to help. There’s a wealth of opportunities around the world, as well as plenty of organisations which need support from intrepid people and you could give them this help all whilst seeing the world.

Love animals? You could try volunteering at an animal sanctuary and working closely with exotic animals, all whilst immersing yourself in a startlingly new and exciting culture. Another popular option is American summer camps, where you’ll oversee youth sports and activities in a fun environment, and at the end of it all you’ll get your chance to explore the United States.

It’s hard to reign in the spending when you’ve become accustomed to certain delicacies, especially when they rank highly on the luxury scale. As such, many people abandon their spending limitation and fall back into bad spending habits. Much like fitness, the problem is that most people fail to analyse their existing funds and expenditure with enough scrutiny, instead relying on that internal decision making process which put them into a financial hole in the first place.

If you’re looking to overcome bad financial habits, the simple truth is that you must be absolutely ruthless in slashing your expenditure, especially if you wish to maintain your existing lifestyle. During this process, you’ll really discover what’s worth keeping at your expense and what’s worth doing away with. This will take time, but eventually you’ll apply this level of logical thinking and planning into all your financial decisions; feed and grow this habit as much as possible, eventually you’ll wonder how you ever did without it.

Here’s How To Organise The Ideal Engagement…