After Glastonbury introduced the revolutionary ‘Silent Disco’ in 2005, the muted party phenomenon has been popping up at festivals, house parties and events across the UK ever since. With no noise restrictions, and with famous fashion figures such as Marc Jacobs favouring the silent party, there’s no wonder the trend has elevated in recent years.  Below is our pick of Britain’s most spectacular Silent Disco venues. 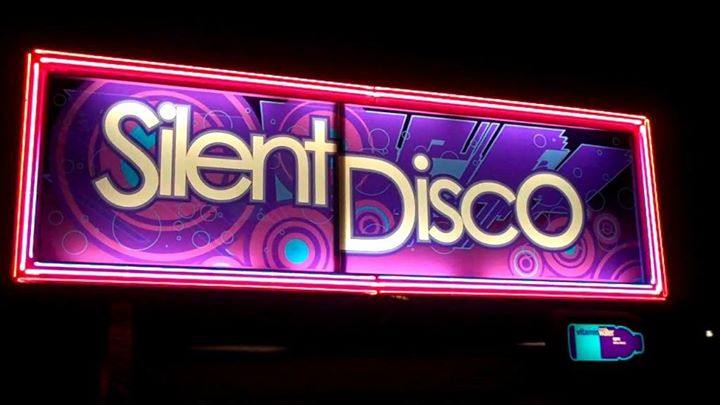 From the venue that bought dining in the dark to London, Dans le Noir? will be launching its brand new event every Friday evening, from 10pm until 1am. After its debut in the party capital of Barcelona, this unique sensory experience will provide a silent dance floor every Friday in trendy Farringdon, paired with chill-out drinks in the pitch dark. Resident DJ Tom Parris, who is associated with the world’s most prestigious clubs such as Space Ibiza, will providing an evening of disco house music to guests. Tickets are available for £19 per person, £15 as a prepaid voucher, or £9 for people dining in the restaurant.

During the day, London’s Natural History Museum is visited by many to marvel at some of the most fascinating artefacts in the world. However, as night descends on the museum on the night of 8 April, the venue will provide a stunning backdrop for a silent disco from 10pm until 1am. After the ‘after school club for grown-ups’ – where over 18’s can take part in a museum treasure hunt and relax in the atmospheric bar – the disco will commence in the magnificent cathedral-like Hintze Hall. An After-school Club for Grown-ups and Silent School Disco ticket is available for £45: www.nhm.ac.uk 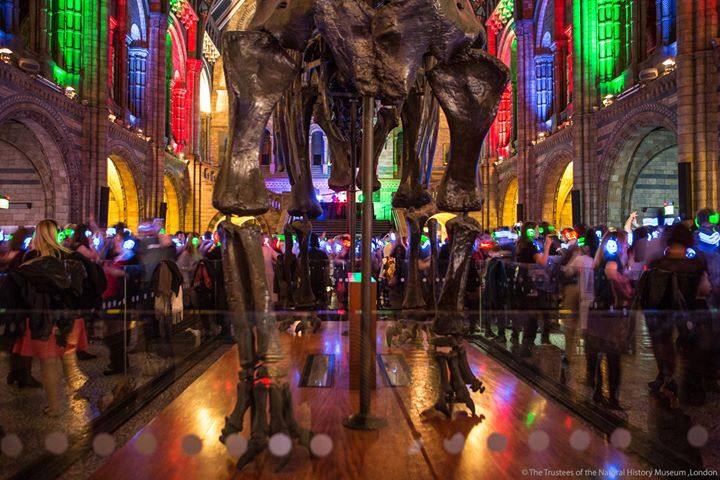 This West Country mansion holds Let’s Rock Bristol! every year, but this time around it is offering a whole new experience to festival go-ers. The festival’s silent disco will be held within the mansion’s 860-acre estate, and will feature a line-up with an 80s twist. Midge Ure, Jason Donovan and Sinitta (Renay Malone) will be among the performers entertaining guests throughout the weekend. An Adult Weekend Camping Ticket is available for £110: www.letsrockbristol.com

In a country estate of rolling Dorset countryside, this festival style silent disco will welcome party-goers from far and wide. Guests can dance the night away in the picturesque grounds of Lulworth Castle on Dorset’s dramatic Jurassic coastline at this weekend festival. The event provides a weekend of family-fun, followed by a huge silent disco for adults wishing to continue the party into the night. The festival’s line-up includes Jess Glynne, Katy B and Fatboy Slim, to name a few. An Adult Weekend Ticket is available for £197.50: www.campbestival.net

Getting my Bake Off at The Big…