Top Travel Destinations for 2016 That You Haven’t Considered

Since the turn of the new millennium there has been an increase in the number of budget airlines available for us to hop on and be whisked away to some far corner of Europe. However, due to increase global competition within the aviation industry, we have seen the cost of worldwide flights continue to fall and the World has been opened up to an abundance of new people seeking thrills and adventure.

This has led to several destinations becoming increasingly popular, including: Thailand, Australia and the USA. However, there are several countries around the World that are currently well off the beaten track and have yet been influenced by mass-tourism, which inevitably leads to the slight erosion of the country’s culture.

If you are the type of person who likes to travel in order to experience genuine, authentic culture, then there are numerous countries that I really would recommend visiting this year or next.

Here are my top five countries that you won’t have considered visiting but should be in 2016! 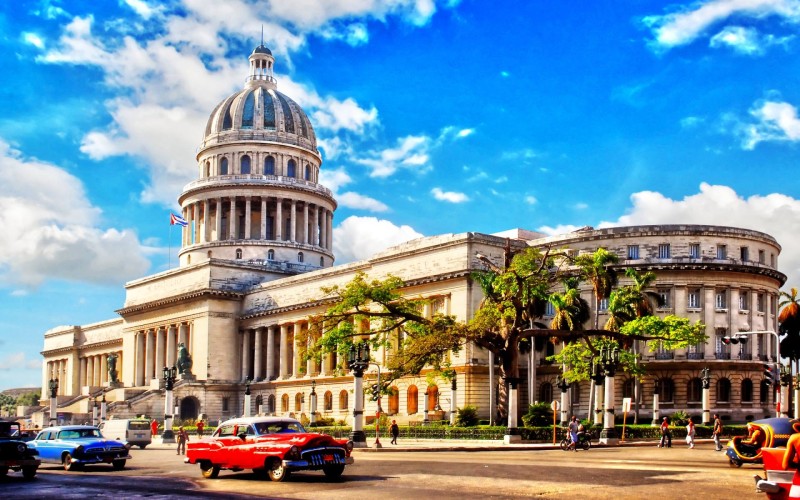 Cuba is an incredibly rich and beautiful country that has long been vilified by the United States; this has recently changed and Americans are now permitted to visit the country, albeit not as simple tourists. American citizens now have permission to visit Cuba if they are engaging in 12 categories of activities, including: professional research, participation in an athletic event and taking part in educational enrichment.

As you can imagine, due to Cuba’s close proximity to America, Americans are very curious about this beautiful island and you can expect there to be further lifting of restrictions, which will inevitably lead to a sharp rise in the number of American tourists entering Cuba each year.

While this is not necessarily a bad thing, it does, however, suggest that Cuba will face the inevitable rise of commercialism and there will soon be throngs of tourists battling it out, armed with their Canon digital cameras, bustling for their own little spot in the stunning Plaza Vieja.

This is a prospect that appeared to be incredibly distant just a few years ago, it will be fascinating to see how America’s relationship with Cuba will develop over the coming years.

While south-east Asia has certainly been on the mass tourism map for well over ten years now, there are countries in this beautiful part of the world that are still relatively untouched and waiting to be discovered. That is not to say that tourism does not play a major role in this country’s economy, it has risen from 80,000 international visitors in 1990, to 1.8 million in 2010. However, compared to countries like Thailand, this number is relatively low and you can be assured that this figure will inevitably rise in the next 5 years.

There is an abundance of sights for you to see including two UNESCO World Heritage sites, Luang Prabang and Wat Phu that are simply stunning and will take your breath away. The majority of people will simply bypass Laos and head to the tourist-dominated Thailand and Vietnam, make sure that you don’t follow the herd and invest your time wisely and visit this beautiful and relatively unspoilt country.

A lot of people wishing to travel in the USA decide to au pair in America in order to experience this rich and varied country without the excessive expenses associated with such a trip. While this is an excellent idea for those of you who do not have an abundance of money, looking after children is not everyone’s cup of tea!

However, if you are one of those lucky people who is fortunate enough to have the money to fund such a trip, then it is well worth visiting some of the more isolated corners of the States and seeing some of the places that really are well off the beaten track.

This certainly applies to Little Diomede Island that is bang in the middle of the 50 mile expanse between the United States and Russia. There are some absolutely stunning views of Siberia that are well checking out.

Located on the southern end of New Zealand’s west coast, the Fiordland region is ideal if you are looking for somewhere isolated, rugged and untouched by human development. The unforgiving mountainous landscape meet the rugged, jagged rock waters, ensuring that this a hugely unspoilt part of the world that will stick in your mind for years to come.

If you are in search of clean air, then the region’s air currents come straight from the Antarctica, meaning that although it is more than a little brisk, you will be breathing in the cleanest air that you ever will do in your life!

South America has long been one of those exotic destinations that everyone has long discussed visiting but never got round to it. This is slowly changing with the number of European tourists visiting the continent steadily increasing.

If you are looking for a country that is packed full of adventure, then look no further than the Colombia. There really is so much for you to see, including snow-capped volcanoes, lush green forests, beaches and lakes.

Colombia has long had a somewhat well-deserved reputation for violence surrounding the drug cartels and politics, which continues to discourage visitors. However, this stereotype is starting to disappear and it is expected that there will soon be an influx of mainstream tourists entering the country as opposed to the more-expected backpackers.

There are many beautiful cities to visit including the cities of Bogota and Cali; the former is the capital and has an abundance of culture thanks to the wonderful café culture that allows you to sit in peace and get through your latest book and enjoy the stunning mountain views.

This really is one country that will soon become more mainstream, so make sure that you get your flights booked as soon as possible!

Why You Should Learn How to Groom…

Why Mini Cruises are Top of my…