If you’re looking for a slightly crazy night out where plenty of laughter is guaranteed, and a bloody good burger is also on the cards then a night at Thom Foole’s House Party with a Lucky Chip burger is the one for you!

So where does all this happen, I hear you ask? The Old Queens Head on Essex Road, Islington.

We thought we’d give the event a trial run just to make sure you guys would be fans, and we give it a 10/10! 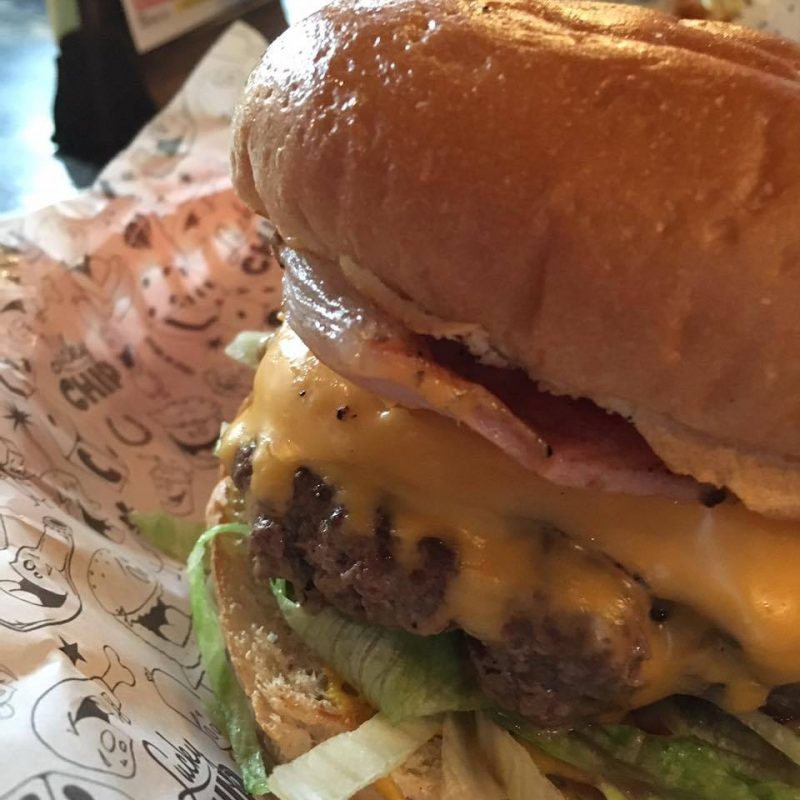 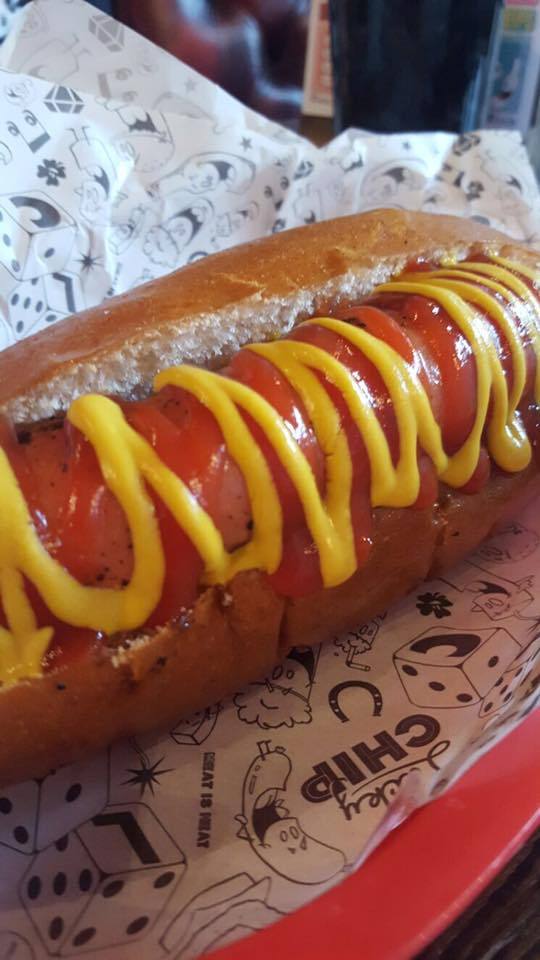 And they were bloody divine!

We next wandered the stairs to find a full-blown house party happening, I kid you not, there was a DJ, balloons, drinks following and room of people I’d never met before! Tying to avoid being the butt of any jokes we hid in the corner in a large booth, but alas, we got targeted, more than once!

Our host with the most, was Wilmot Brown, an eclectic out of work actor that had the chap up and playing musical statues within minutes of the party fully kicking off. He didn’t win. It also got a little crazy in parts with a poor fella named Bobby ending up tied to a Maypole and stuck on a bed! 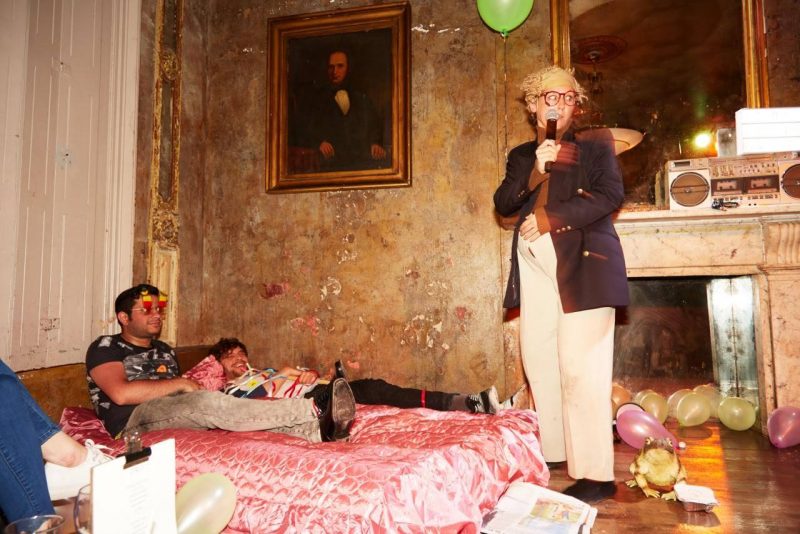 The first act of the night was Neil Frost & Dan Lee’s ‘The Establishment’ which were hilariously British commenting on the weather and cricket as us Brits tend to do.

Second up was the perfectly awkward Lee Kern, who gave us the history of rock & roll, told great jokes he had made up himself and showed off his steller dance moves!

We had the only lady on the line up next, Sophie Pelham, who had us giggling with her Sloaney impressions! 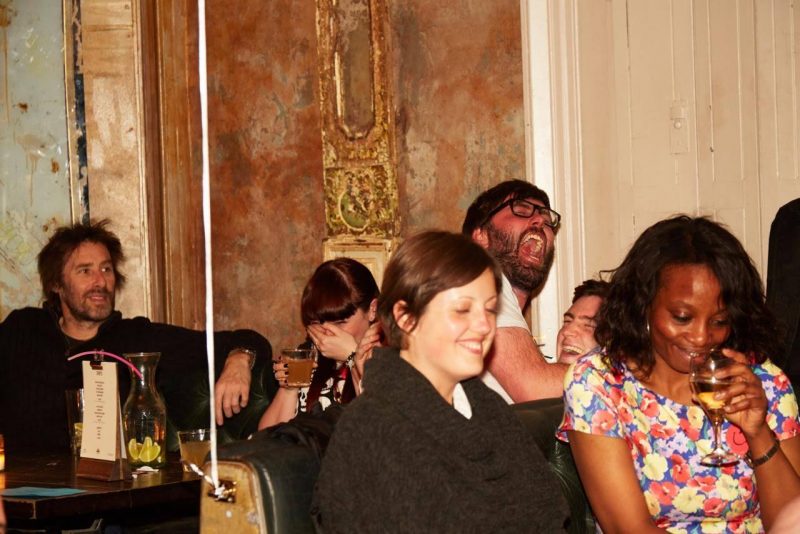 Next up was probably my favourite act of the night, oh standfast, a shouty poet that took a liking to the chap! We even got gifted a canvas with one of his poems on that made it home with us, and is waiting to be put up in the kitchen! 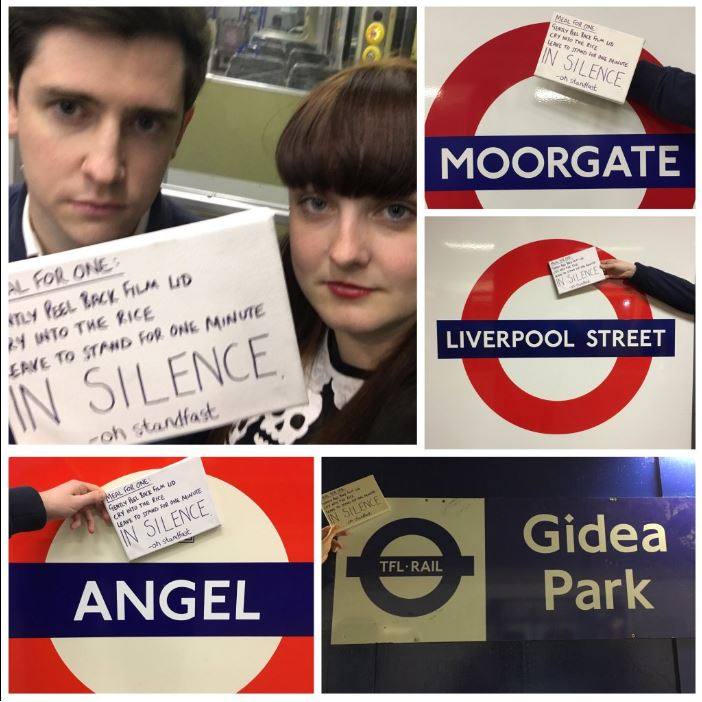 The final act was beyond clever, Frank Sinatzi, yes you guessed it… 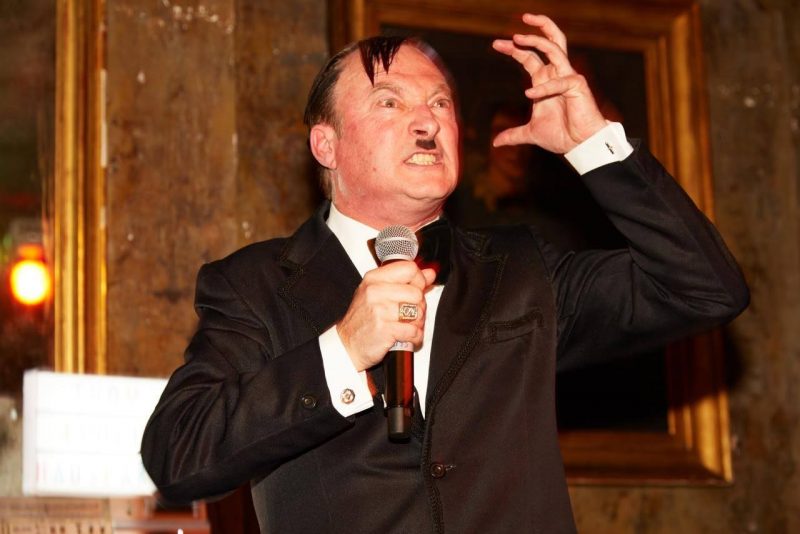 Singing Frank Sinatra songs with a slight German twist we were left laughing and then feeling a little guilty for what we’d laughed about but it was oh so much fun!

I can’t put into words how much we enjoyed our evening, we laughed until we cried and left with happy tummies! You need to keep an eye on the Thom Foole’s twitter for more dates as we highly recommend!

Learning How to Cook the Italian Way…