How to Shop for a Homecoming Gown *

For many, the highlight of fall, of autumn, may be Halloween or Thanksgiving, but in the case of the average high school student, there’s no bigger event than homecoming. Unlike prom (which started out as a primarily university event before fading from college life and emerging as the premier event in the life of American high school student), homecoming is an event which began and continues to straddle the line between high school and university. 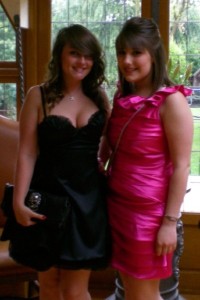 Homecoming is generally a big event at any school, as it is a celebration of returning alumni and is usually held at the first or final “home” football game. In many schools, the celebrations surrounding homecoming last for a week and include rallies, sporting events, competitions, bake sales, parades, teas, lunches, dinners, and sundry parties with the goal of celebrating the school and its graduates.

The entire notion of homecoming has been around for decades and the idea of who began the tradition is a hotly debated one. Some say homecoming got its start in 1911 when alumni were invited and encouraged to attend a University of Missouri football game. From the same region, others site the 1891 game between the Missouri Tigers and the Kansas City Jayhawks.

Whatever the true origins of homecoming, it is an event not to be ignored – especially by American students at U.S. high schools. This goes without saying, but as critical as prom is to spring, homecoming is to fall. Homecoming signifies not only the sporting event (generally football) that brought the crowds to the high school field but a big dance, the first of its kind for the school year. Some people have dubbed homecoming, “the fall prom,” but for many schools, the homecoming dance, while undeniably a significant occasion, is less formal than prom. That’s to say, instead of floor length dresses (although some schools do go the more formal route). It’s actually not too early to start considering homecoming dresses that are on-trend in 2016. 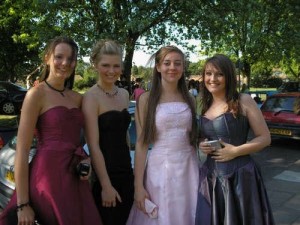 Since really, the base idea of homecoming is school spirit, why not start getting some of the cheering done early and start looking for dresses? Given that more high schools are on the spectrum of informal rather than formal, we can take a look at the option out there for teen girls across the country. In a way, the homecoming dance offers attendees much more of a chance to show versatility and range, since dresses other-than-floor-length can range from micro-mini, mini, knee length, and cocktail length. Bodice and necklines can come in bandage styles, sweetheart, empire, with dress styles from skater dresses to A-line silhouette. There are shiny silk-like fabrics as well as fluffy chiffons. Skirts can be fitted or full.

For colors, autumn colors – hues of maroon, brown, olive, gold, and orangey-reds are always a nice touch and often flattering on many skin tones. But reports say that red and yellow – in bright shades will be the colors of this fall. And, if those colors are too bold for you, those-in-the-know suggests subtle pinks and blues.

One of the cutest cinematic prom dresses of all time was worn by Larisa Oleynik as Bianca Stratford in the 1999 updating of Shakespeare’s “Taming of the Shrew,” “10 Things I Hate About You.” Bianca’s adorable ensemble was a two-piece, rose shaded dress, featuring a cropped top and a full skirt. We hear that two-pieces are back in both figure-hugging jersey and floral patterns. Also hot for homecoming 2016?  Ruffled tulle skirts.

Plan now for the homecoming – you’ll be bright, lively, filled with school spirit, and, you’ll have a super cute dress!