Here‘s our round up of the best and most unique afternoon Teas to try in London during Afternoon Tea Week.

Lancaster London has devised an Afternoon “ARTea” for those who know their Monet from their Picasso.

The eclectic ARTea menu will be edible, as will the canvasses within the afternoon tea, while waiters will serve guests in whimsical painting aprons. Dishes will be delivered to tables in painters boxes, revealing a delectable take on painting essentials. Delicate delights on offer will include: Finger sandwiches, pastries and freshly baked scones, all of which will be served on painting slates alongside jam & clotted cream concealed in 30ml paint tubes.

The innovative afternoon tea will be served to guests in The Lounge, where the work of emerging and local artists grace Lancaster London’s walls in celebration of the hotel’s affinity with London’s thriving art scene. 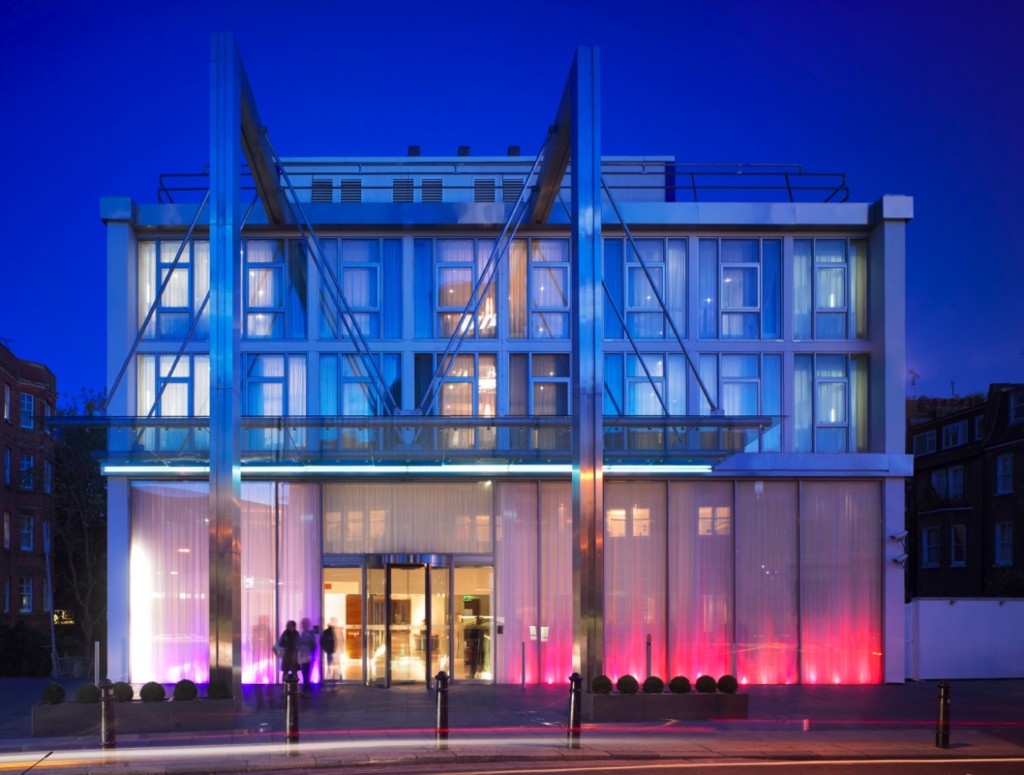 With Wimbledon fever having propelled Pimm’s to peak popularity, K West’s Afternoon Tea will feature an exclusive Pimm’s jelly cup accompanied by a marvelous mint sorbet, available throughout the week.

Traditional Afternoon Tea has been given a glam-rock makeover at K West Hotel & Spa in Shepherd’s Bush. Guests can swap traditional hot drinks for tea-infused cocktails, and even enjoy the treat late at night like a true rock star from 10pm until midnight. Who doesn’t love cocktails and cake at midnight?

Formerly the BBC Building Kensington House in the 60s, an endless list of Rock ‘n’ Roll royalty has stayed, played and misbehaved at K West  – Bob Marley and the Wailers, Bowie, The Kinks and Roxy Music to name a few.

The Glam Rock Afternoon Tea pays tribute to the hotel’s music heritage in a playful, fun and stylish way. The tea is served on vintage record covers, with electric blue and pink teapots and teacups, adding some glam to the rock.

Be treated like royalty at The Arch London as the five-star hotel has devised a perfectly patriotic Royal Afternoon Tea. The stately spread features a procession of dishes worthy of the Royal seal of approval. Classic British savoury delights include Chicken liver parfait with spiced fig chutney; and Rare roast beef, watercress and crispy shallots. Sweet treats include quintessentially British desserts such as Eaton mess, Victoria sponge, Battenberg, and Strawberry tart.  Royal Afternoon Tea, priced at £25 per person or £33 with a glass of Tattinger Brut Reserve, will be available between 8 until 14 August 2016 from Noon until 7pm. It can be enjoyed in the hotel’s stunning Martini Library, stylish Hunter 486 restaurant or chic Salon de Champagne lounge.

Like a fine wine, the tea leaves of Da Honh Pao (Imperial Red Robe) are left to mature and gain flavour for 80 years before being served. The legendary artisan tea leaves are extremely seasonal and can only be harvested on certain days of the year.  The high grade oolong tea, served at exactly 95°c in Royal China Club, is handmade from tender leaves, withered, tumbled, curled and baked in small batches over charcoal to create an aromatic infusion with distinctive dark cocoa notes, a toasted fruity flavour and a long smooth aftertaste that lingers for a good few minutes after being consumed.

5 Things You Have To Try When…