I’m going to let you lot into a dirty little secret of ours… We’re not that great with storage so our cupboards aren’t the tidiest you’ll see. Yes, I meant that kinda dirty secret, not what you were thinking! The flat is nearly always tidy, but that’s because I tend to put everything into our cupboards. It was starting to drive me mad, when ever I opened a cupboard it’d be a mess, you could never find anything and we had to do something to sort it out. Queue an intervention from Neusu.
They’ve actually changed our storage so much and I’m bloody glad they did as I had no idea where to start. We had a little chat on the phone and discussed what our main issues were; shoes, clothes and bedding storage.  Fast forward about a week later, two large boxes arrive and I become a girl on a mission to get our cupboards in order.
I started with the worst area… Gosh, I can’t believe I’m about to share this photo with the Internet! Our shoe cupboard… 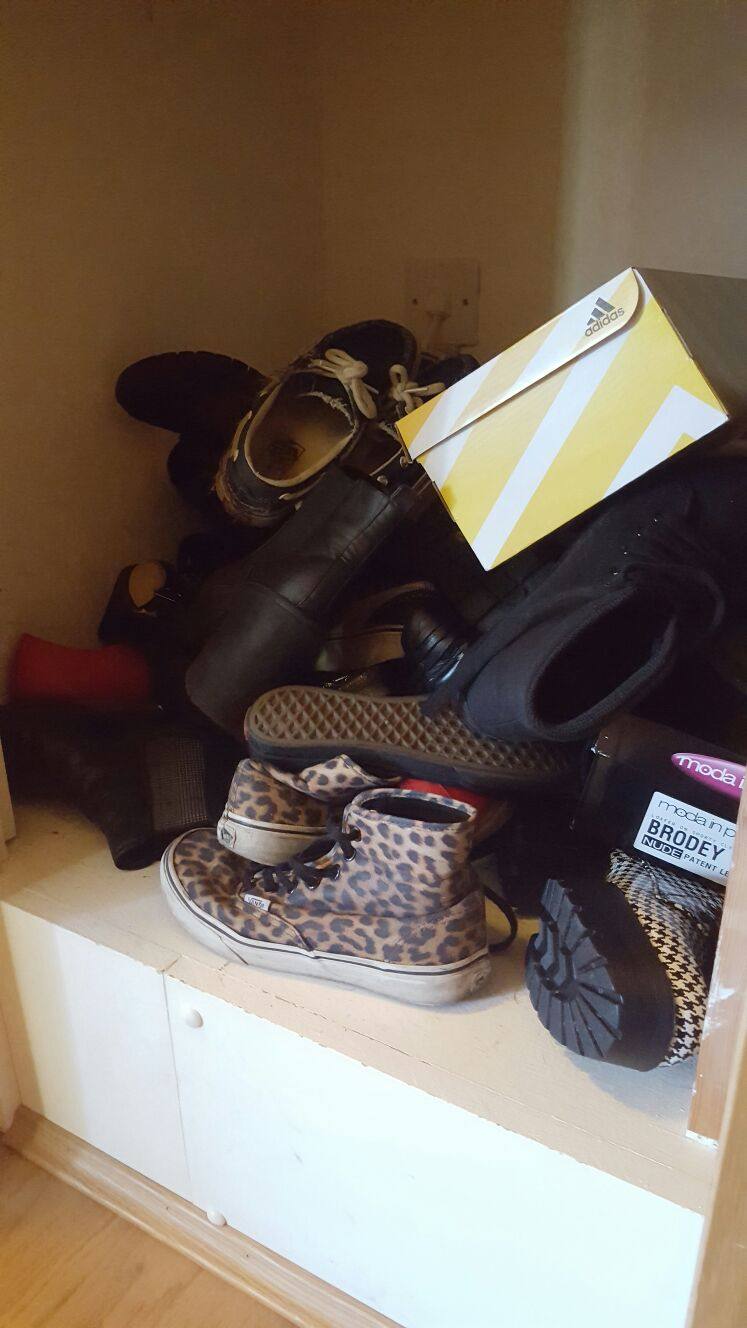 That’s my half, and this is Mike’s shelf… 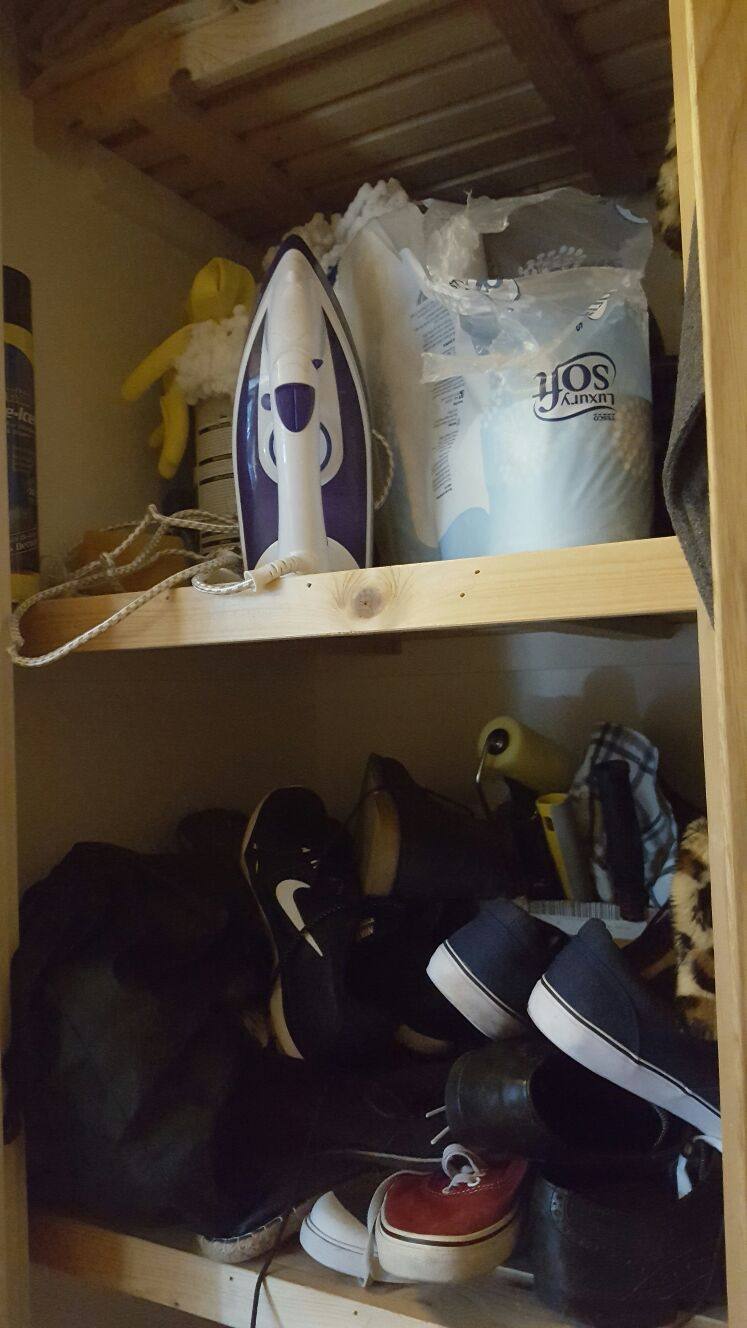 The longer I’ve lived in the flat with Mike the more shoes I’ve bought or collected from my parents so the pile has got bigger and bigger. It wasn’t always this bad, I promise you, at one point they were neatly packed in pairs, but as I grab shoes and dump them in a rush the mound ends up like that. 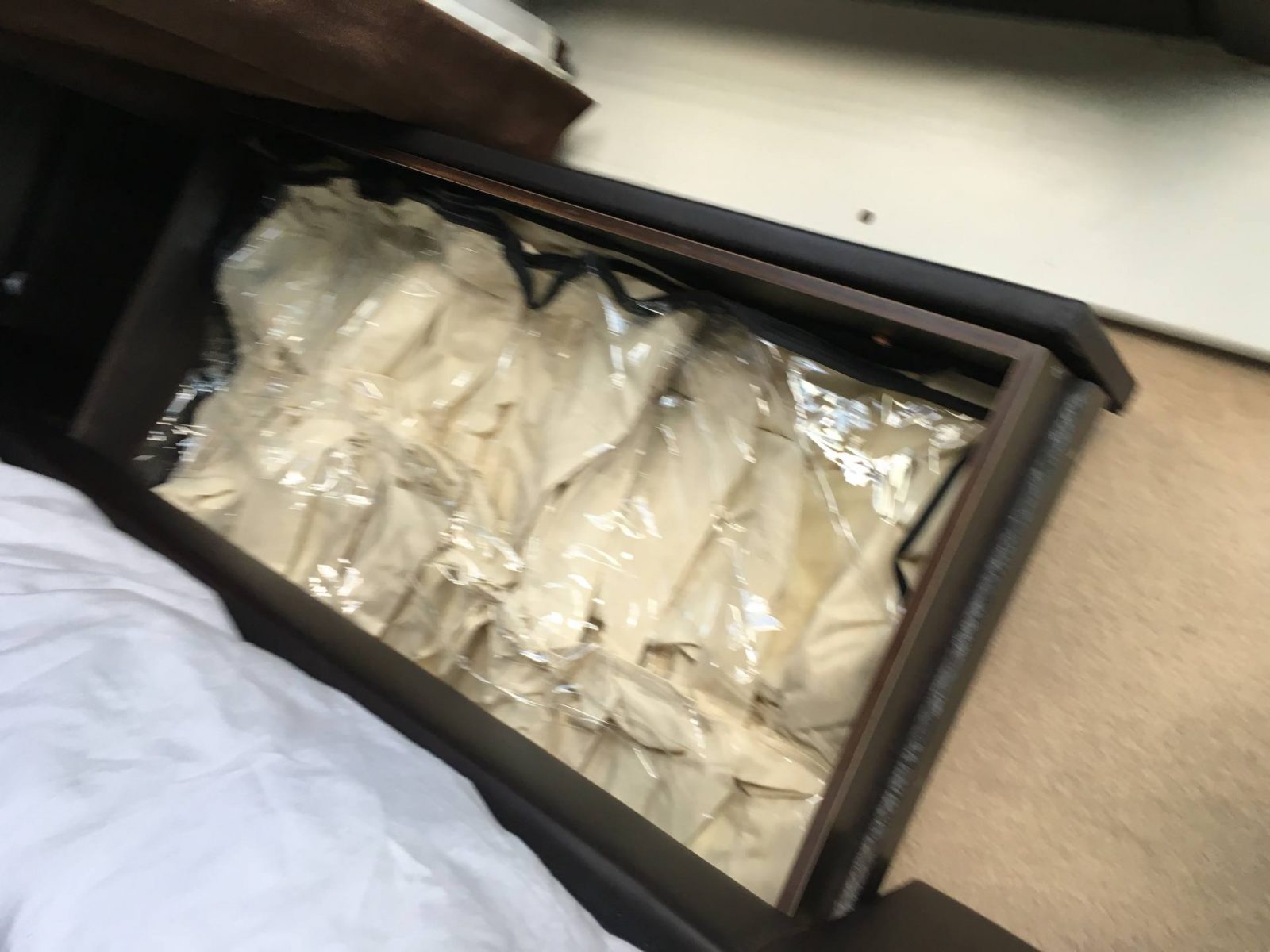 So to sort the issue, and this is something I never would have thought of myself, I was sent an under the bed shoe storage bag. This meant I could use the drawer under my side of the bed to neatly pack my shoes away. The bag is a little too big for the drawer but I’ve made it work and stacked most used at the front and more wintery shoes to the back as I won’t be needing them right now! 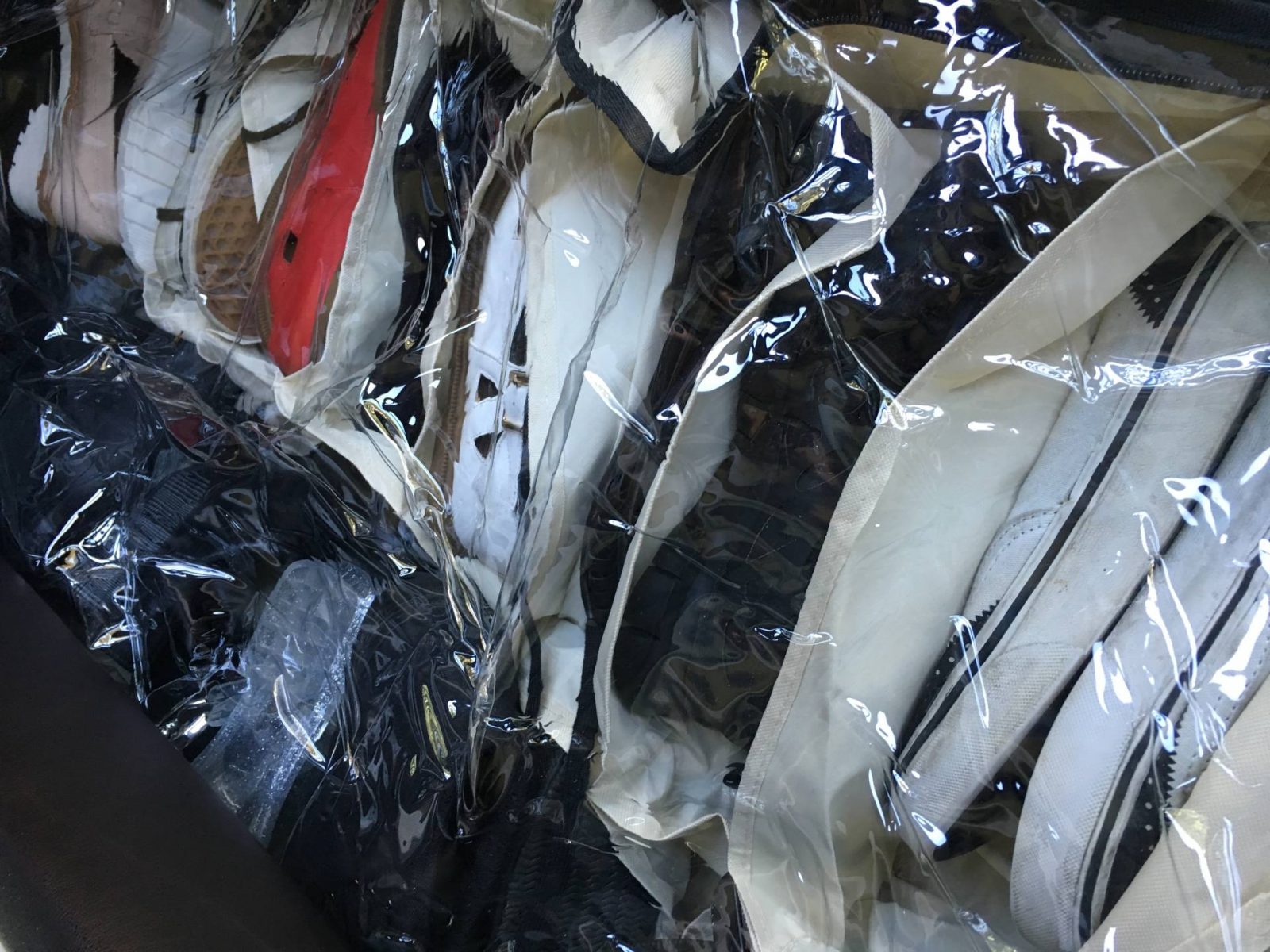 Some of my Dr.Martens were far too big for the drawer so they’ve stayed in the old cupboard but look… 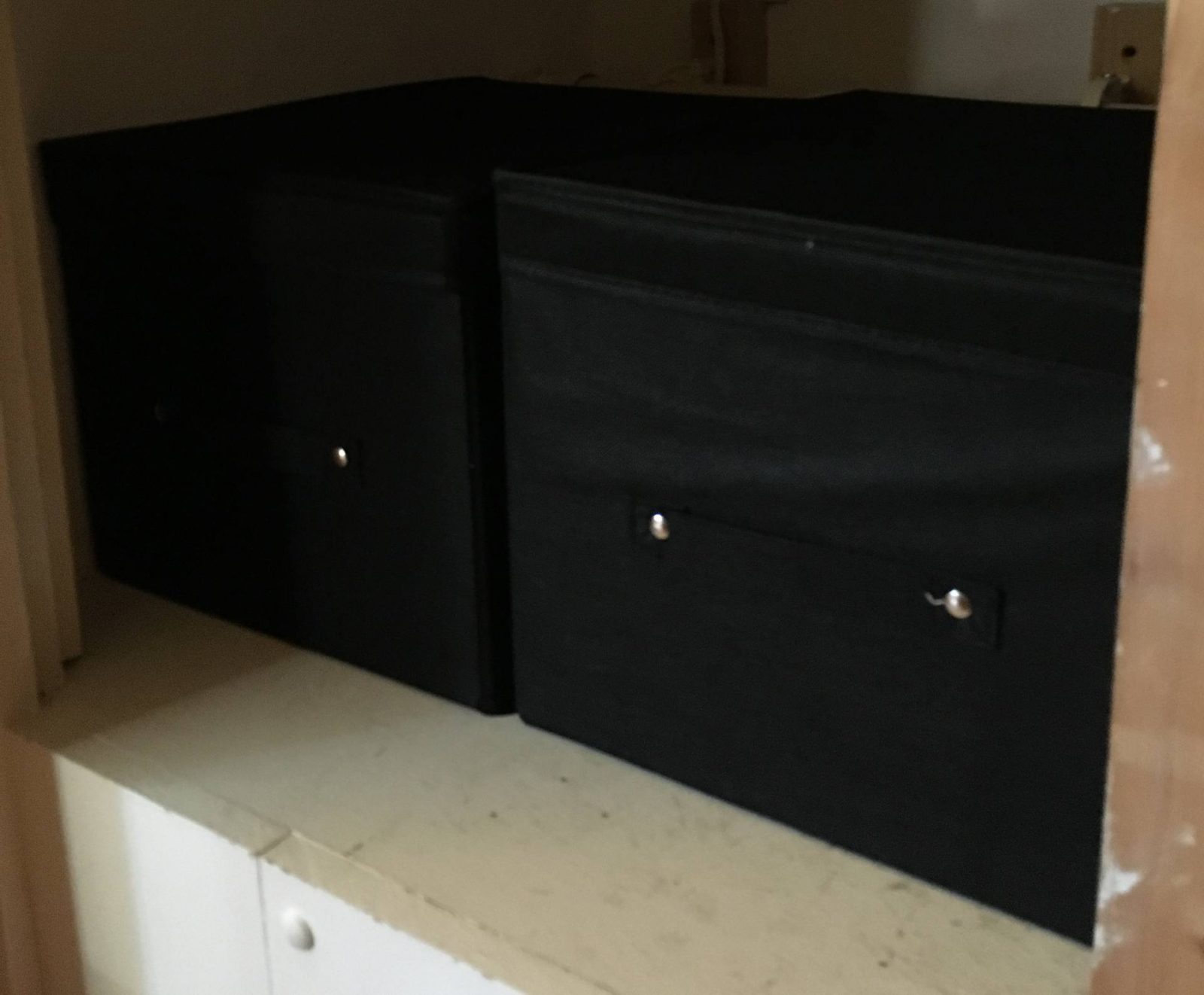 Yes, they’ve been boxed away in these rather handy fold up storage boxes. In the second box is the bedding that was in the drawer where my shoes now are. We have three lots of bedding, but only tend to have one in storage as I usually only wash the dirty set a day or two before we put it on the bed to keep it fresh.
To sort the mess on the shelf above I’ve stacked some of Mikes shoes on top of the storage boxes so he can find his shoes a little easier. 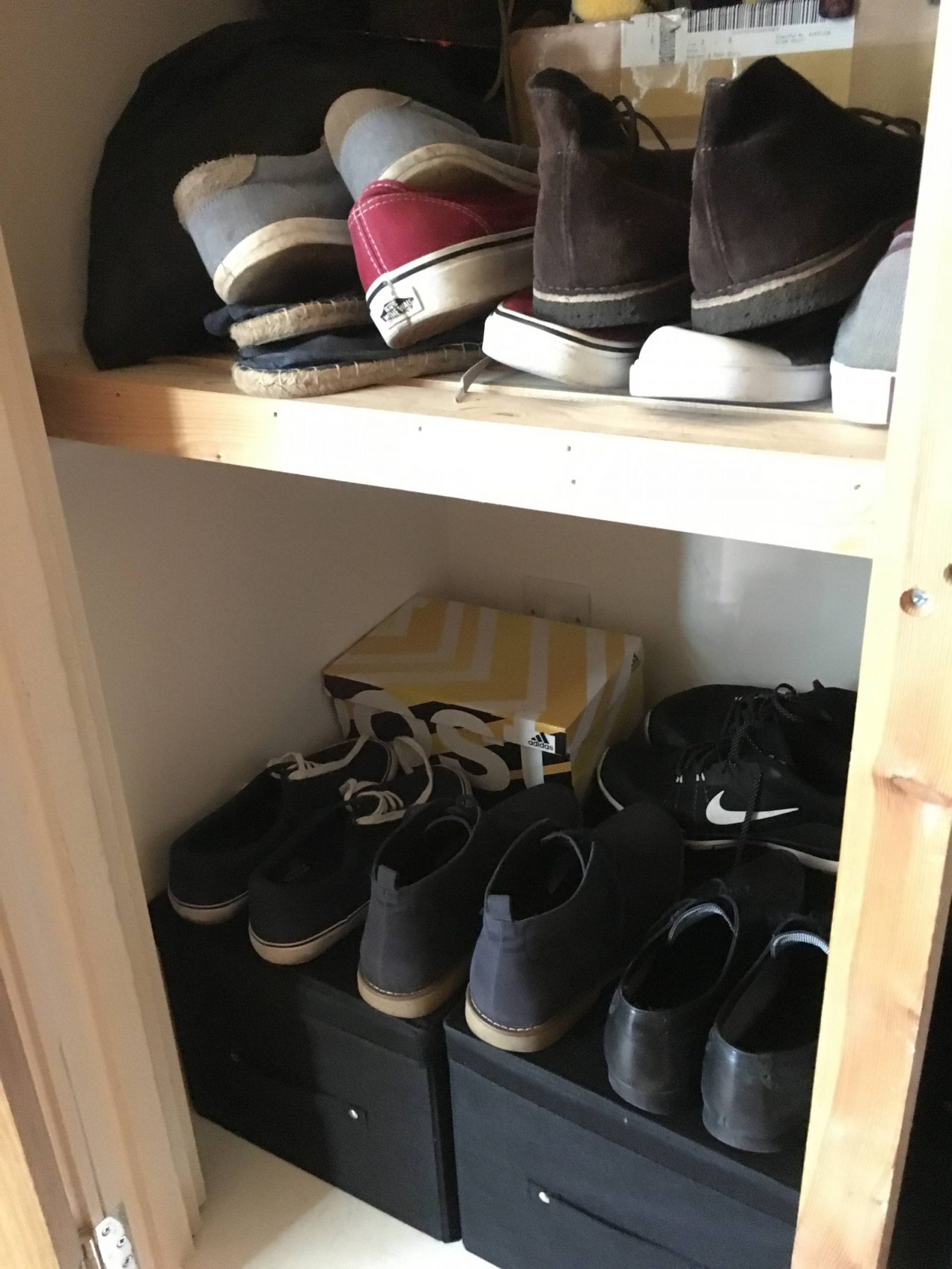 You may be asking why don’t we store his shoes under the bed too?! Under his side of the bed are our spare pillows and duvet so we ideally need to keep those there. 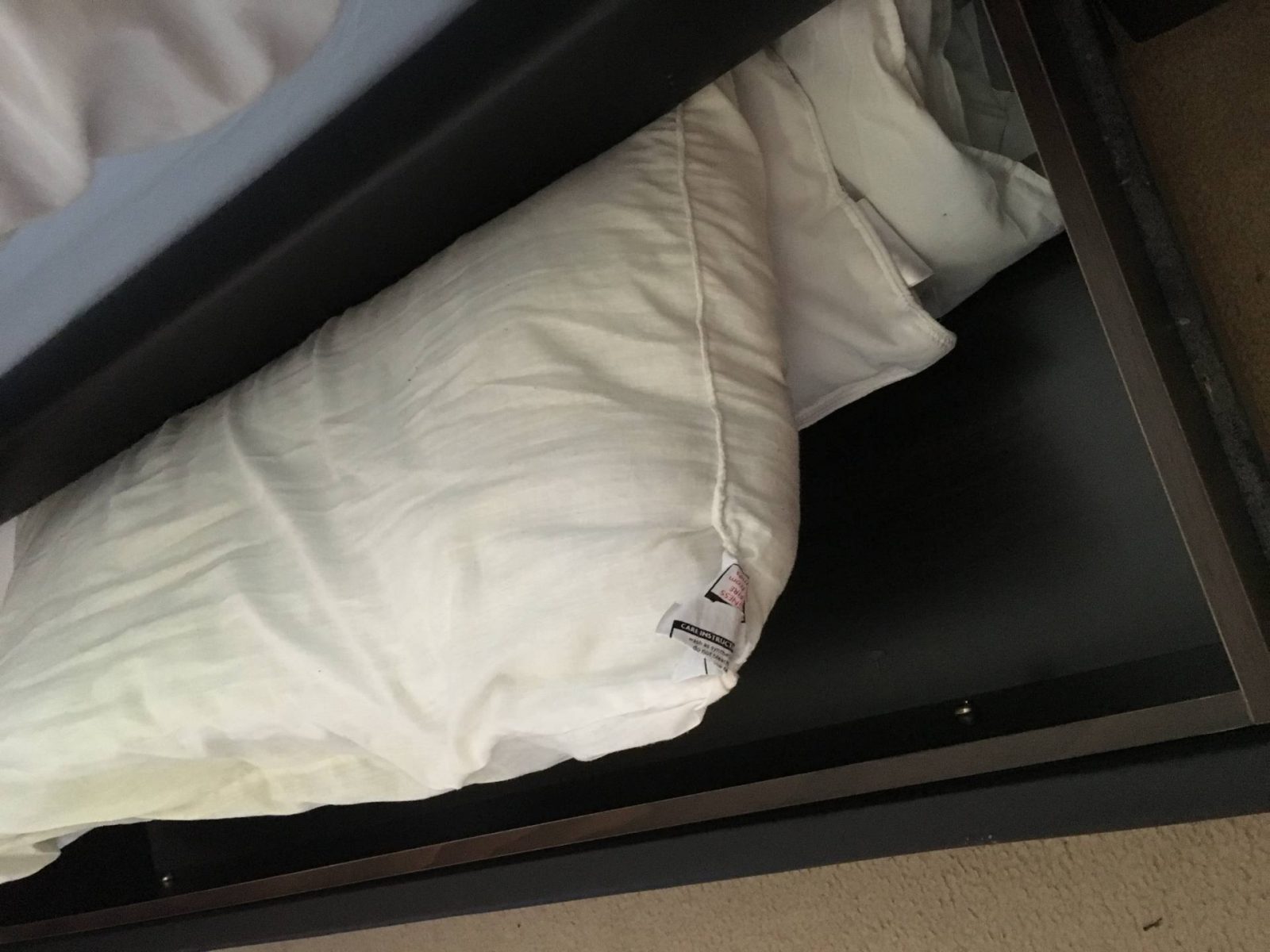 We have smartened that up though with another under bed storage option. 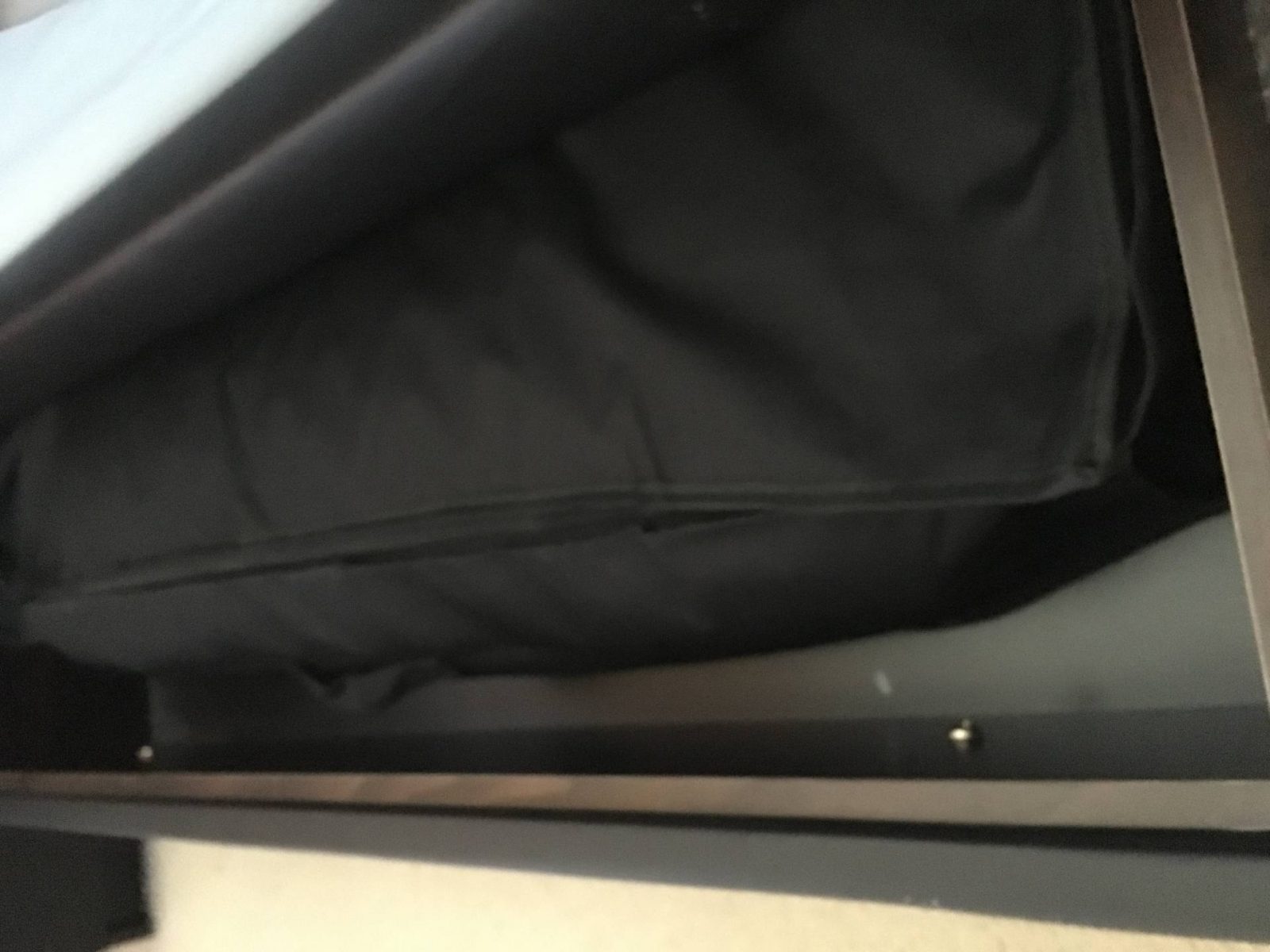 I often found it was hard to close the drawer as the pillows wanted to escape so this helps greatly, plus it keeps them a little cleaner than being shoved in a drawer!
Our last storage item we were sent is a 100L bedding cube that we are yet to use, but I know exactly where it’s going! It will sort out the mess in the bottom of Mikes wardrobe where he likes to stash odds and Sod’s!
It did feel that sorting this all out was a bit of a mission but now I’ve done it I’m so chuffed!

How Much do Home Improvements Add to…

Your Complete Guide to Reclaimed Flooring and…

What would I put in my Dream…