When it comes to lunches I like it to be quick, fun and filling so I can return to the office full and happy, so Herman ze German on Charlotte Street was the perfect place for this!

Herman ze German founders Florian and Azadeh moved to Brighton from the Black Forest in 2005. After realising the lack of their beloved bratwurst sausages in the UK, they took it upon themselves to bring the wurst to the English masses, and boy do we thank them for doing so!

I had heard a rumour that the Herman’s Market Brew Beir was pretty damn good so I opted for a nice little half pint… it was a work day after all. 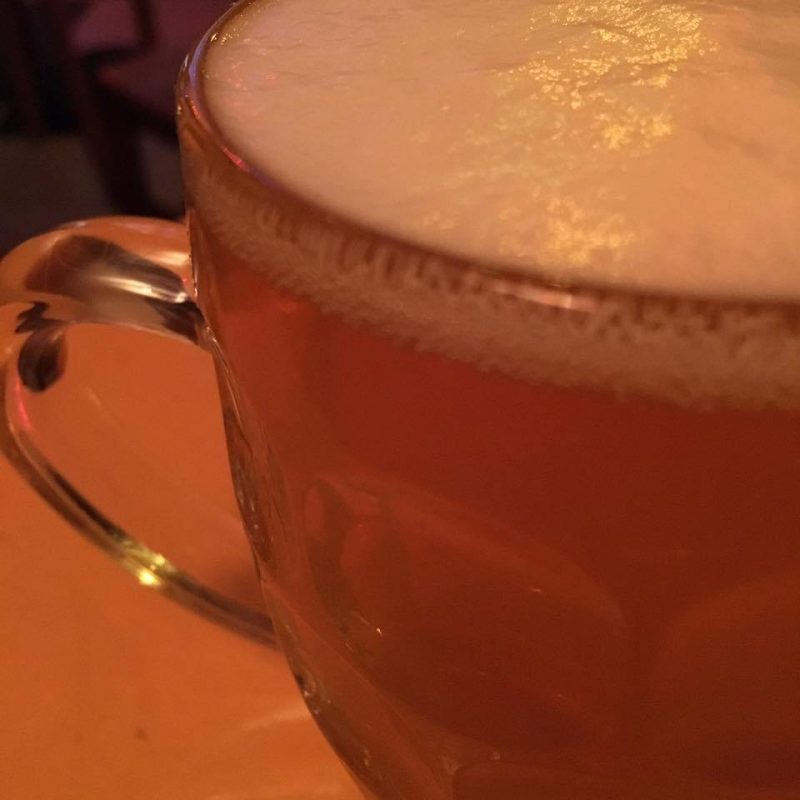 I took along a work colleague that I often lunch with, plus it was her birthday, and she had their famous Fritz-Kola’s… 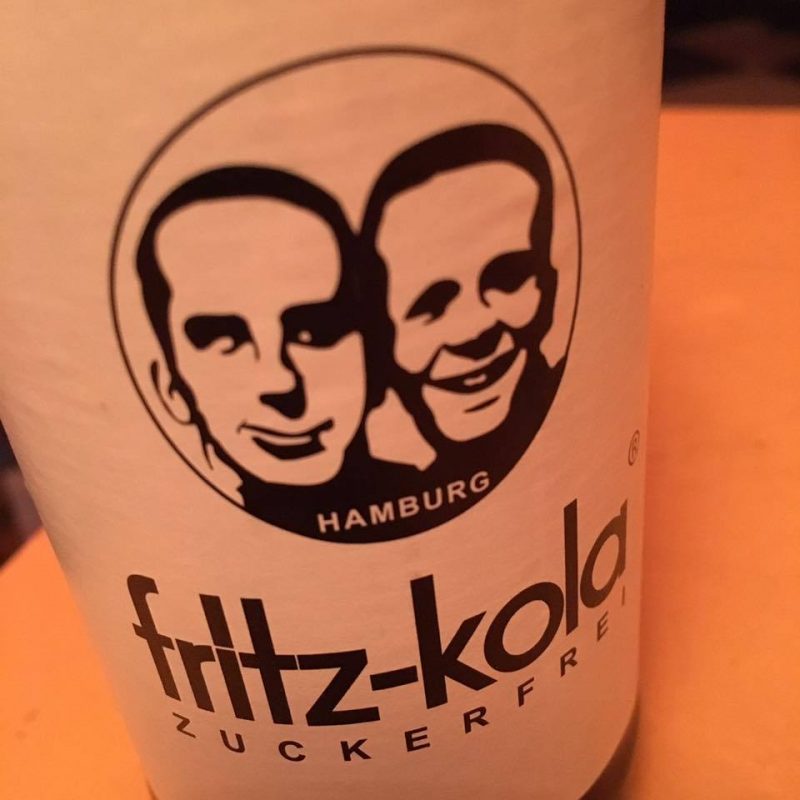 I love trying new offerings when given a menu, so I tried something I maybe wouldn’t normally have had… 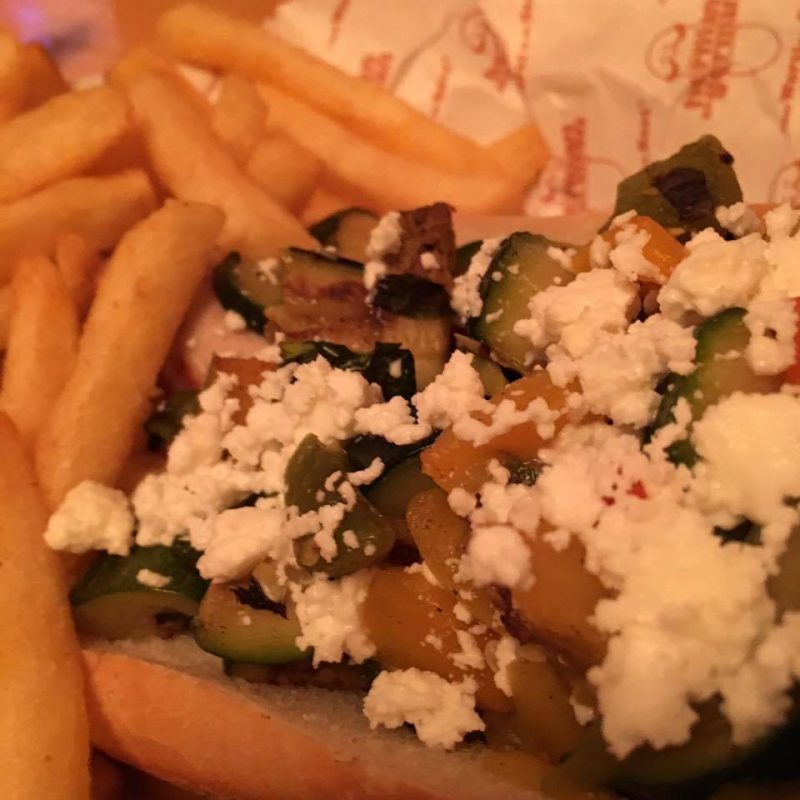 Herman’s signature Black Forrest Bratwurst but topped with freshly roasted vegetables, aged feta as well as their homemade veal gravy made on site. It was so good! I also felt rather healthy having the roasted veggies! Whoever thought about putting this combo together deserves a foodie medal of some form! 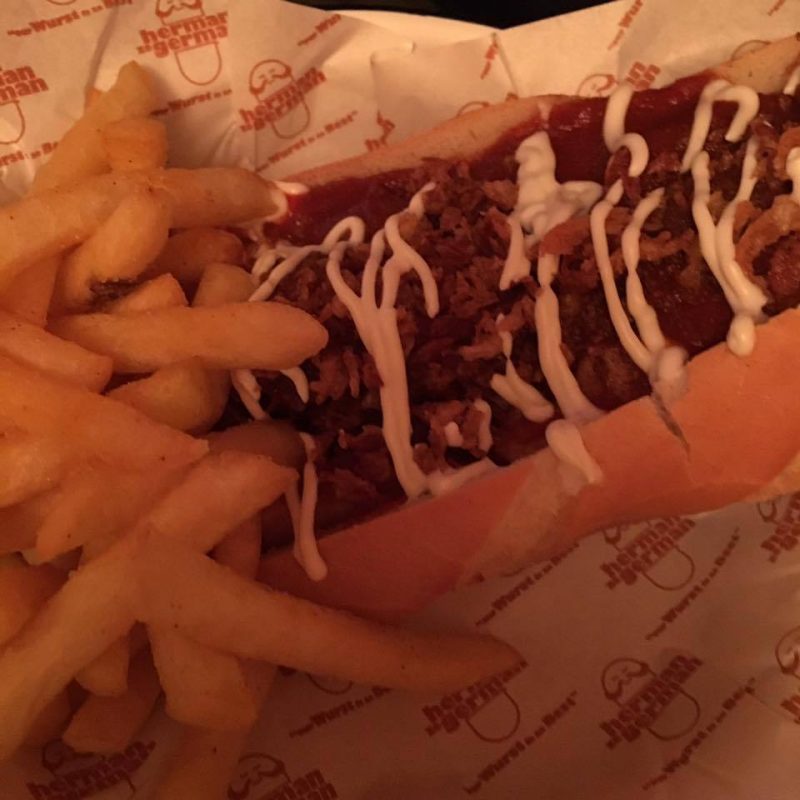 Onions, mustard, ketchup and a nice helping of mayo on top! The bratwursts are also healthy gluten & lactose-free which is great as she can’t have dairy! 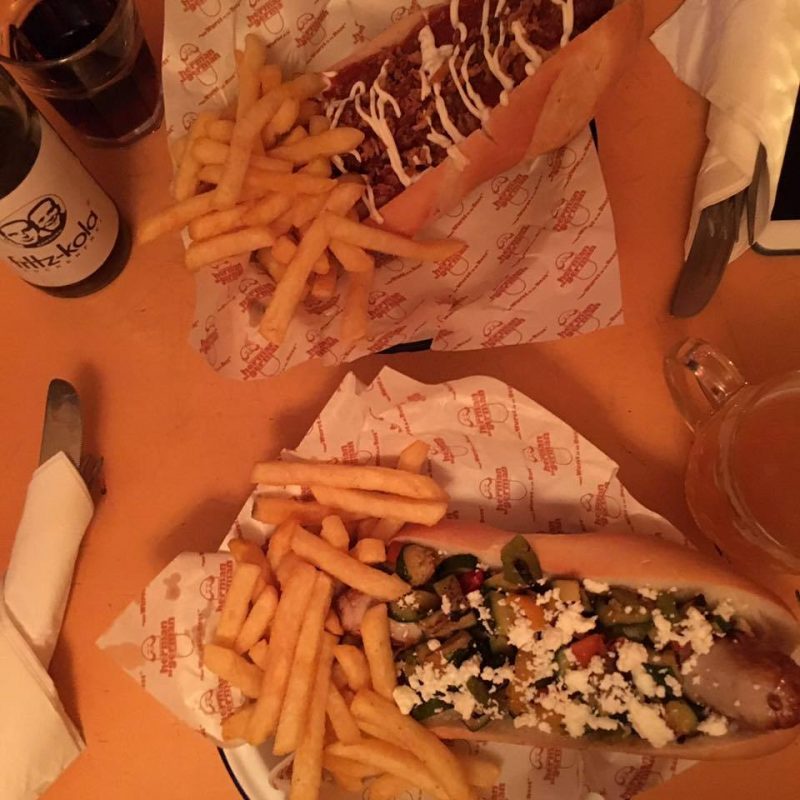 The portion size was perfect for lunch and the chips were some of the best I’ve had in a long time.

This Charlotte Street branch has been their most recent opening and it comes complete with Basement Bar and a whole host of authentic German draft and bottled Bier.

There’s also not just Bratwurst, there’s also Chilli Beef and Brockwurst to chose from; that means we have to go back and try those two right?!