You may remember that I while back I posted about Turtle Bay opening in Chelmsford, and I was gutted to miss the launch party but we finally got a chance to see what all the fuss is about this weekend.

We arrived, were sat… 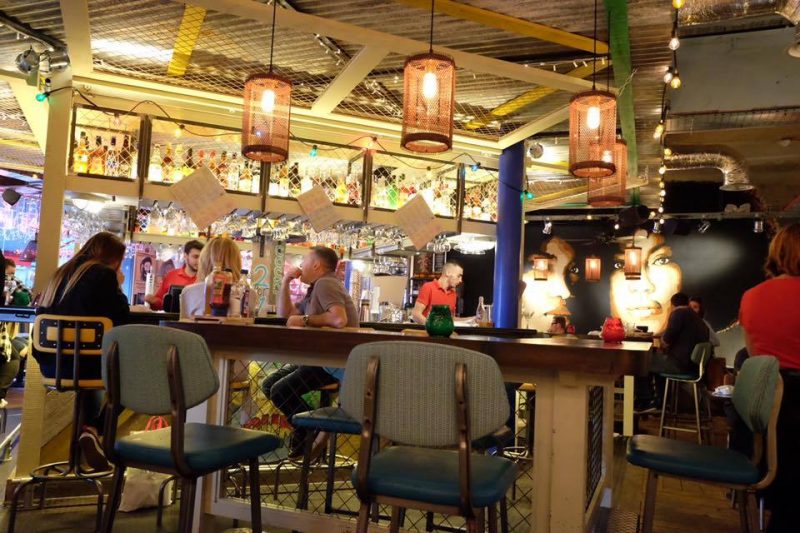 and menu placed in front of us. A menu filled with Caribbean delights that I couldn’t quite make my mind up about what to have. 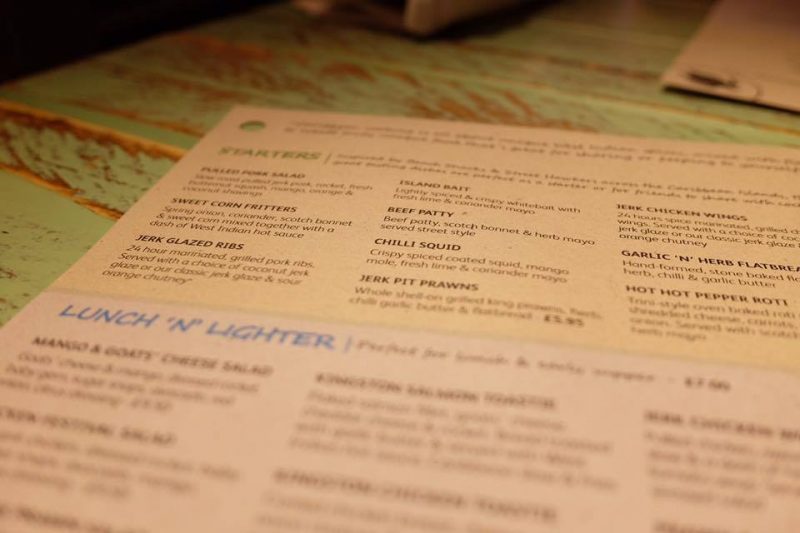 Even ordering drinks was kinda tough! I tried the Pale Ale (my usual drink of choice) and Mike opted for the Guinness based cocktail that was amazing, and that’s coming from some that hates Guinness and decided to try it after his glowing feedback! 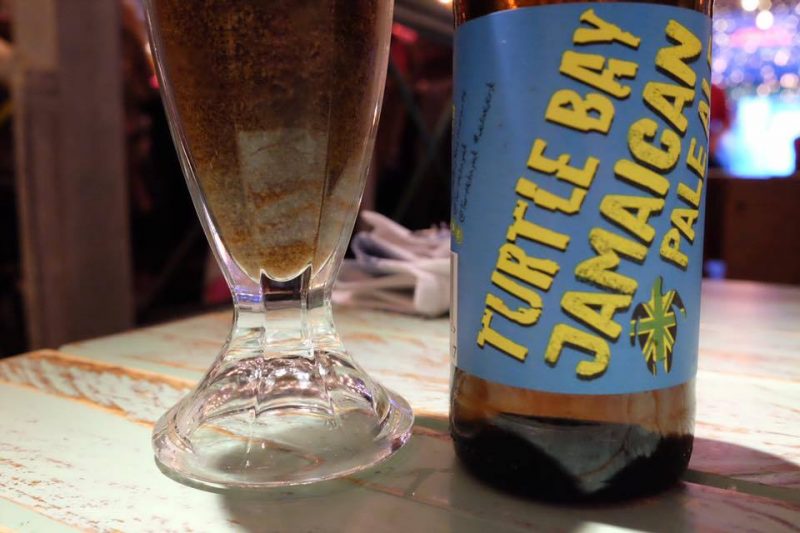 For starters, after changing my mind about 4 times, I tried the duck wraps. I’m a fan of these when we order Chinese so wanted to see the difference. 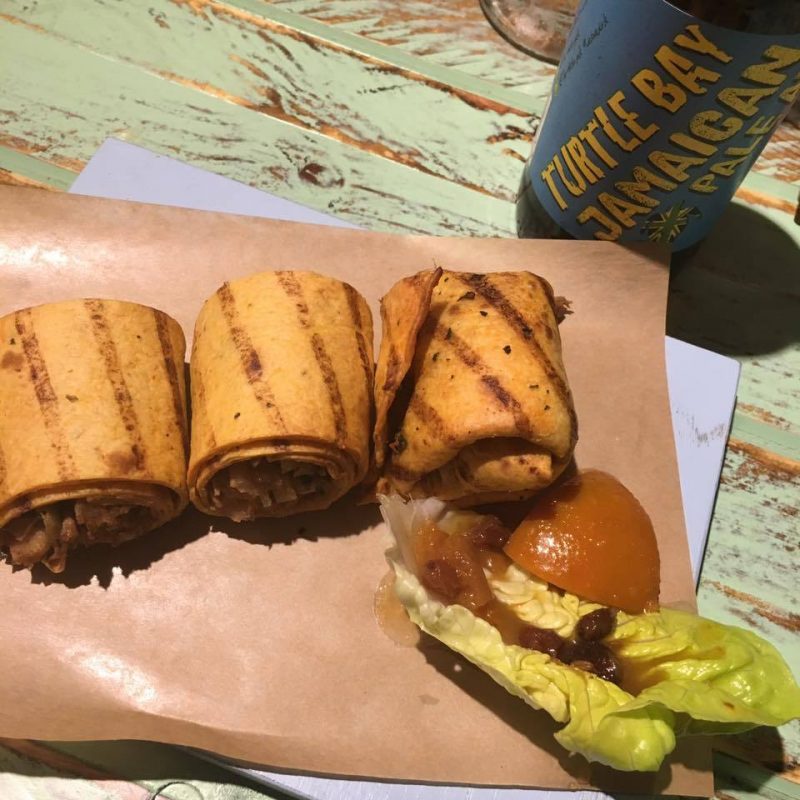 The difference was a lot… thicker wraps, different dressing and still tasty bloody good. Mike, as ever, went for the wings option. 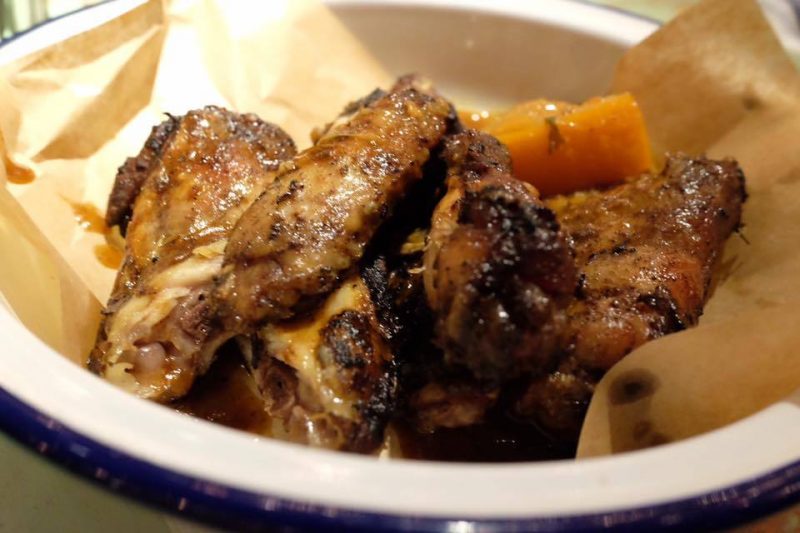 The flavouring on these comes as no surprise, jerk, marinated for 24 hours! They got spicier as the bowl went down but again, bloody good, and there were two empty plates.

For mains, I had no doubts that I wanted the Curried Goat. I mean, what else was I going to order! 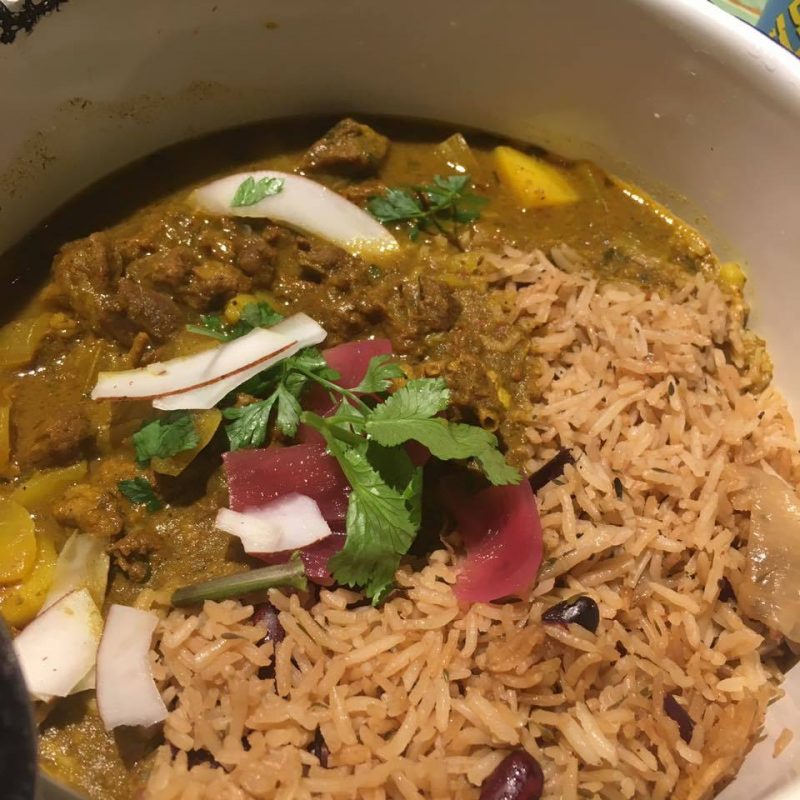 The curry consisted of marinated goat cooked in curry spices, scotch bonnet, sweet potatoes, citrus juice & ginger and was served with sweet onion chutney & Caribbean dumplings. This was mega flavoursome, although towards the end the scotch bonnet did get me! It wasn’t an unnecessary hot as a lot of meals can have, the heat was good heat!

Mike was on a jerk theme for the mains too, and ordered jerk salmon which features in the video above.

We were so full up but I felt like we needed to try the desert as the BBQ Pineapple had taken my fancy, and Mike wanted to chow down on som Rum & Raisin Bread Pudding!

We had amazing service from a waitress called Haidee, yes we have the same name! Great atmosphere and an all round really lovely afternoon. I know we will be returning as there is more on the menu that I’d like to try!

One response to “Turtle Bay, Chelmsford *”