When it comes to travelling, food plays a huge part in the planning process. We don’t like to plan a trip and be disappointed by the food when we arrive so we tend to book in advance after doing a lot of research. Yes, we’re one of those couples that mega plan trips before we get there!

We’ve eaten some incredible food whilst travelling, some together, and some before we had met so when the team over at Expedia asked us to share a few of our favourites we certainly jumped at the chance. Having looked back at food photos throughout the years there are a few places that really jumped out at us so here goes…

We visited Copenhagen earlier on in the year and it’s going to feature a few times on this post as the food there was amazing. 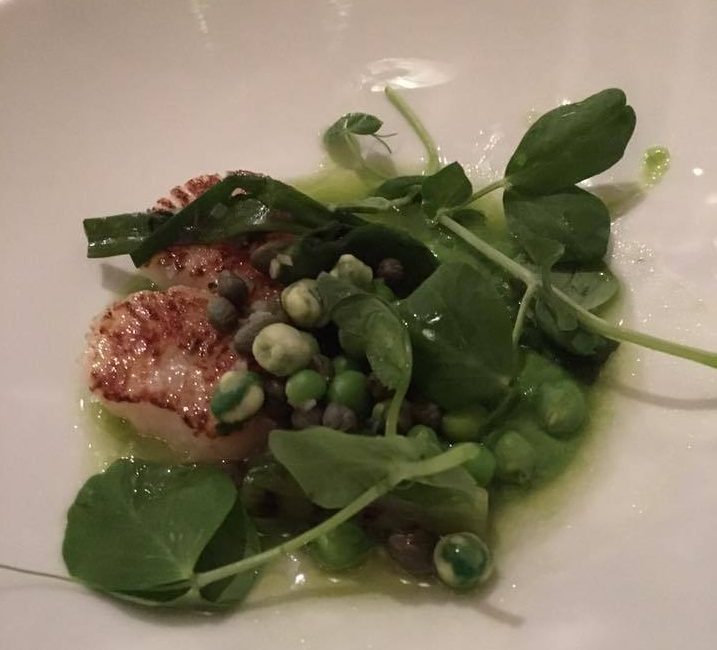 It may seem odd visiting a Danish country and eating Italian food but this came highly recommended and a five-course tasting menu for under £40 is something we’d never say no to!
For each course, there were two options, so we tried to make sure we both picked different options as to try all the menu.
This was a big stand out meal for us as it was one of the first time that Mike had tried a lot of the cheeses they used in the cooking, and for me, I’ma huge fan of cheese so it was a fantastic way to have so many different types in one sitting. They change the menu monthly so it’s somewhere I’d visit again as the food and service was both top notch. 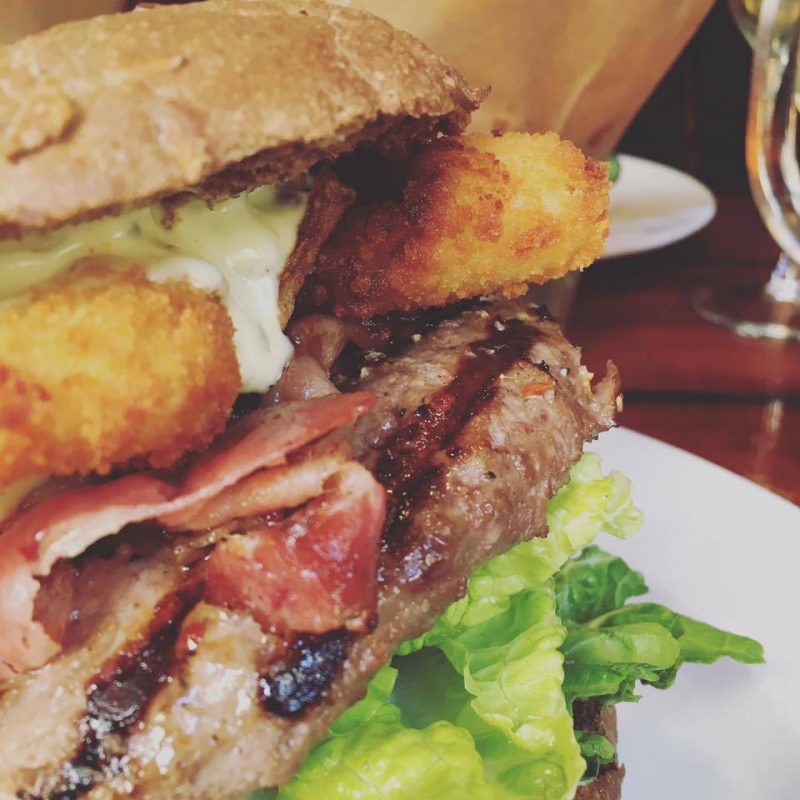 It wouldn’t be a list without a burger on it, right? And the burgers we had in Cocks & Cows were amazing! So they should be, they’ve been voted best burger in Copenhagen time and time again.
Mike went for Ze Brazil – Chili-grilled beef patty, fried buffalo mozzarella & chili mayo and I had The Govenator – Double beef, double bacon, double cheddar, BBQ dressing & onion rings.
For us, the highlight was the choosing the bun, as there is nothing worse than having an awful bun on a fabulous burger. 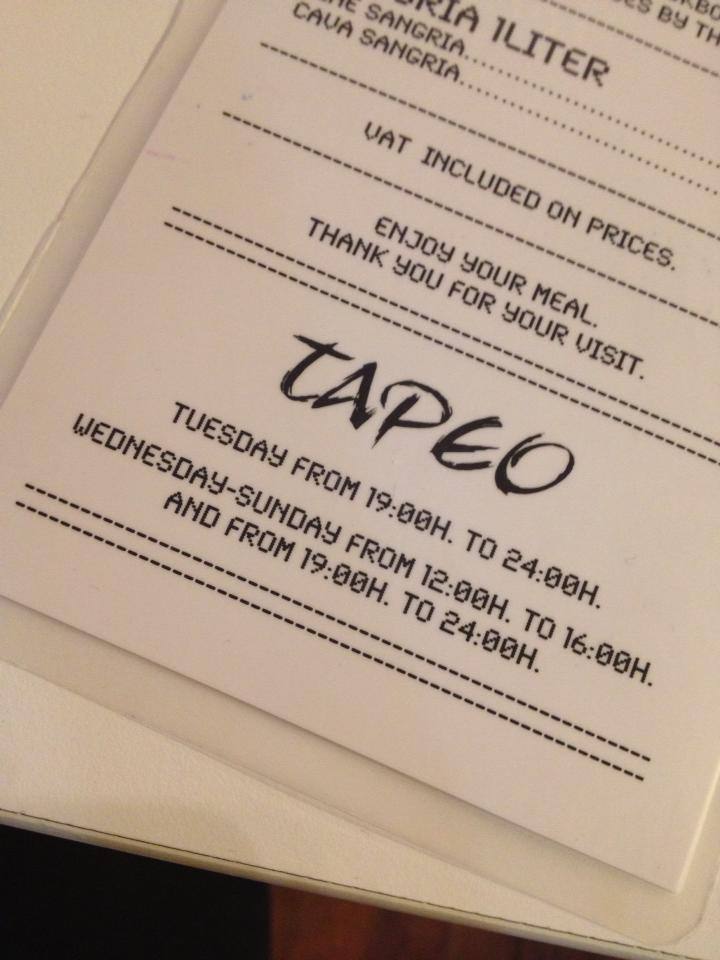 When I visited Barcelona back in 2012, this was, according to TripAdvisor, the best place for Tapas, so I obviously had to go and give it a try.
It was very reasonably priced and the food was amazing. It was very modern tapas and the whole feel of the bar was very modern too.
Would highly recommend the pan y tomate and the patatas bravas – both really good!

If you want really old school, traditional tapas then this is the place for you. I first got taken here by friends of my parents that lived nearby and it’s one of the most authentic eating experiences I’ve ever had; it’s filled with locals, it’s always full to the brim and the Cava comes in Kilner style bottles – they’re pretty well known for it. They also have homemade beer and the most amazing Iberico Ham. 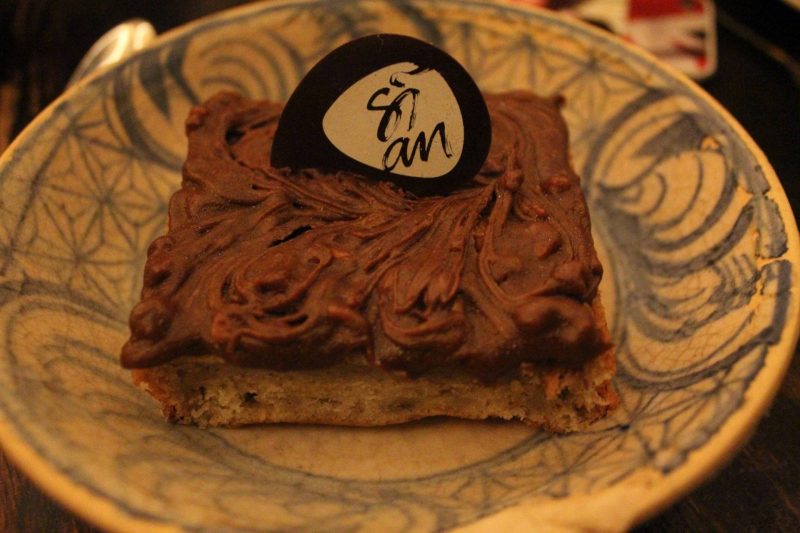 We were recommended eating here by a friends brother and it certainly is a hidden gem. Si An serve Vietnames style vegetarian foods and they are amazing, that’s big coming from someone that eats meat twice a day!
The atmosphere of the restaurant is incredible too; it’s decked out with flowers and birdcages. The service was also really great!

When I was a lot younger my parents would take me to a villa in the Algarve and we’d eat fresh pomegranate from the tree outside for breakfast, but my fondest food memory from there was when we went with a Portuguese friend to a BBQ.
The BBQ was down by the beach and all we ate was the fresh fish her friends had caught that day out on their fishing trip. The BBQ itself was made from a wheelbarrow and the flavours where just incredible. How I’d love to be able to return to that very spot with those foods a good twenty years later and appreciate it all a little more! 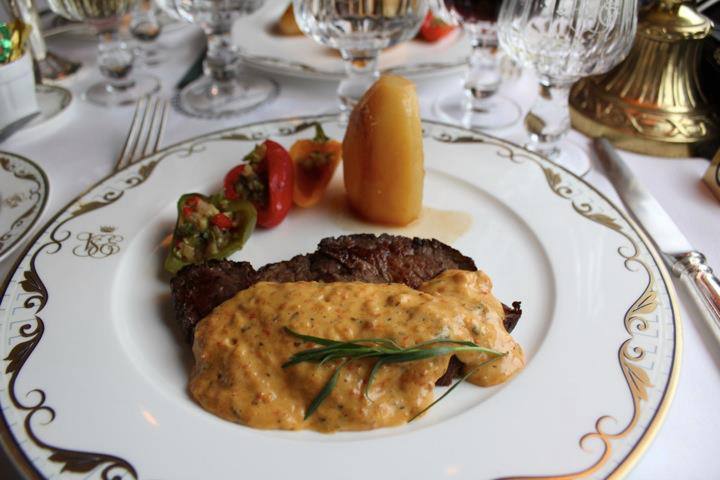 I have been lucky enough to experience a trip from London to Paris on the Orient Express and the food on board was out of this world.
Dinner was simply divine and prepared by the train’s highly skilled French chefs, with the finest ingredients.  Our four courses began with Alaskan Crab with Soya Dressing, Avacado Tartare and Wasabi Mayonaise, followed by the outstanding Grilled Charolaise beef with sun dried tomato Béarnaise sauce, small belly peppers filled with Ratatouille, and fondant potato.  We were then served a selection of the finest Cheese, you wouldn’t expect less in France, and then an Iced confit apricot soufflé flavoured with Pistachios.
If you ever get the chance, it’s more than worth doing. 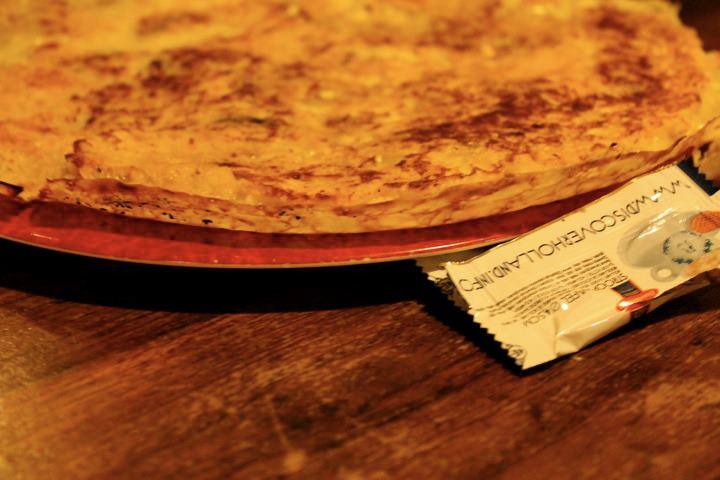 I wasn’t overly impressed with the food in Amsterdam but then again, that’s not what they are known for, but I enjoyed trying my first ever savoury pancake at The Pancake Bakery. I had always thought of pancakes being a fun desert or early protein filler breakfast, but I was wrong. I tucked into a pancake for lunch and enjoyed it thoroughly.

We have a trip to Lyon booked later this month so we’re expecting some great food there!

Where has been your favourite place to eat in Europe?

Share:
PREVIOUS POST
"Why Online Degrees Could Be the Answer If You’re Scared of Student Debt *"
NEXT POST
"Four Things to do in Manchester *"
1 comments so far.

One response to “Best Food Around Europe”