We visited Manchester earlier this year and loved it. It exceeded all expectations and we were quite gutted to have to come home! We are certainly going to be re-visiting at a later date as we didn’t get to do all we wanted, but I thought I’d share some of the things we did do and loved…

Eat at The Botanist 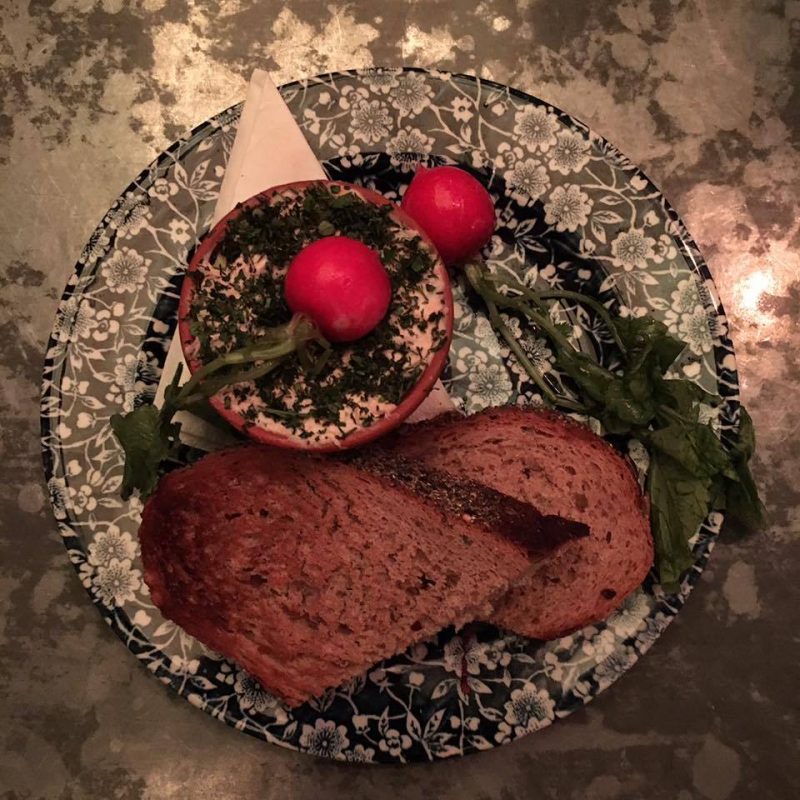 We began the evening with somestarters; both rather healthy ones which isn’t like us! Mike had the Tiger Prawn and Avocado Salad as we’re going through a bit of an avodcado phase having tried it for the first time a few months back. I went with the Potted Salmon with Brown Bread which was served in a tiny ceramic plant pot; super cute. We both totally demolished these, so that’s a very good sign! For mains we both ate ‘Off the BBQ’ as we do tend to do. I chose the Hanging Chicken Kebab topped with sweet chilli, ginger and garlic butter and served with properly seasoned chips. The butter drips down the kebab and into the chips… total dream. I was swinging towards the Chicken and Chorizo Pie but changed my mind last minute having seen the kebab option on a table not far from ours!  Mike chose the Rump Steak cooked Medium/Rare; and was pretty much licking the plate clean! He has this with chips and a side of broccoli with toasted almonds and crispy onions which I did eat a fair amount of. It seems broccoli can be super delicious without too much effort. We weren’t going to have dessert as we were pretty damn stuffed but our amazing waiter, Sonny, suggest the Rocky Road Kebab with strawberry, hazelnut brownie, marshmallow, biscuit sauce and chocolate crumb so we kinda gave in and had one. I’m so glad we did as it was light, great for sharing and full of fun flavours.

Look for the Ancoats Peeps

We were told about these little delights by a local couple we met whilst having brunch; walking around the Ancoats area, not far from all of the lush restaurrants in the Northern Quater, you will come across brass eyepieces set into walls. Through these peepholes you can see parts of industrial Manchester from time gone by. If it seems that there is no clear explanation as to what the Peeps are, or exactly how many there are, or where they are, that is because there is pretty much no information on the. The Peeps are to be stumbled across as we found a map of them that had zero corellation to streets in the area so we just had to look. I think we found 5 of them and it’s rumoured to be 10 to find! 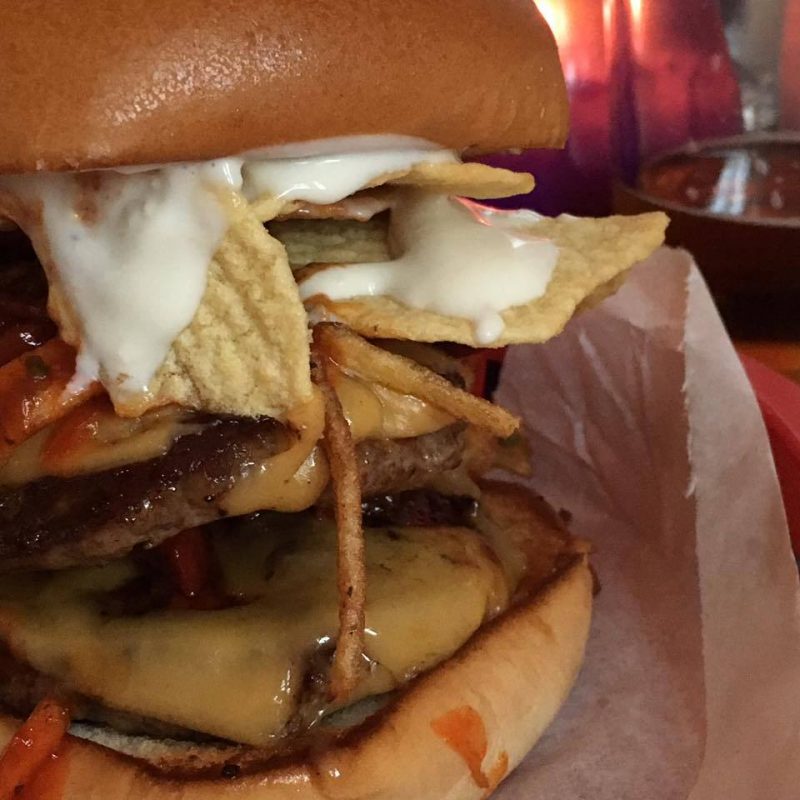 Yes, it is worth the wait and yes, it could be the best service we’ve had in a restaurant! I had the ‘I’M CRACK-ED, BABY’ burger that consisted of Cheese, chorizo, garlic salt shoestring fries, Cholula, salt & vinegar crisps, blue cheese sauce, jalapeno mustard, with a side of winning fries. Winning fries are legit amazing; they’re a mix of skin on & sweet potato fries so you get the best of both worlds really.  Despite the burer being huge it was so bloody good that we had to both clean out plates. I’d recommend sharing a portion of fries as they’re pretty generous too.

Take in the Street Art

There is so much good street art in Manchester, I’d say even more than in London! A lot of the pieces we liked were musical such as David Bowie and Debbie Harry. We walked down side streets, main roads and tiny allies and found such amazing pieces. It feels like Manchester embraces the street art community a lot more than London does and I love that!!

I could go on and on about places to eat as we did a lot of that when we were there, maybe that’s a sign I need to do another post on it!

If you’re looking for somewhere to stay I’d highly recommend the InterContinental Hotel; there’s over ten of them to choose from in the area! They also have a great list on their website about places to visit when you’re in Manchester, a lot of them ones we didn’t get to do!

New Beauty Treatments Everyone Is Trying This…

Do You Need This Tech To Keep…

2 responses to “Four Things to do in Manchester *”