If you’re an avid reader of this blog, you’ll know that I’m a huge fan of Mango Tree. I’ve dined over at their Belgravia branch twice now; once to try the Christmas Menu and once to try their usual menu. Both times I’ve been super impressed and always received the most incredible service that when we were offered to head over to the Harrods branch we jumped at it.

Harrods is one of the most famous shopping destinations in the world, so you know the clientele are going to have high expectations and Mango Tree certainly lives up to that.

Once having a little wander through the handbag rooms, we came to the food halls, where Mango Tree is situated. We were seated around the edge of the kitchen so we could both see the staff prepping foods and watch the shoppers ogling the food counters.

As we’re behaving ourselves this year by drinking less, Mike ordered Sprite and tried the Thai Iced Tea which was something I shall be ordering again. 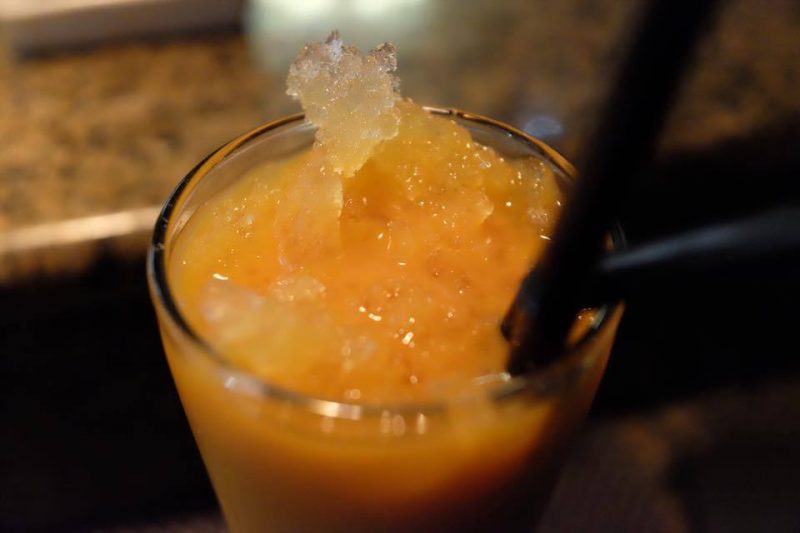 Food wise, we were so spoilt!

To start we thought we’d try some of the smaller dishes and have a share. We had a little chat with our lovely waitress to see what her favourites were and made a couple of decisions based upon her recommendations. It’s a little something we love doing when we dine out, as the restaurant staff should know the menu inside out and give you options you maybe wouldn’t usually consider.

So, the dishes we went with where the Popcorn Lobster with mayo, which was a great way to have a portion of Lobster without having to get messy and was certainly a huge step up from Popcorn Chicken! 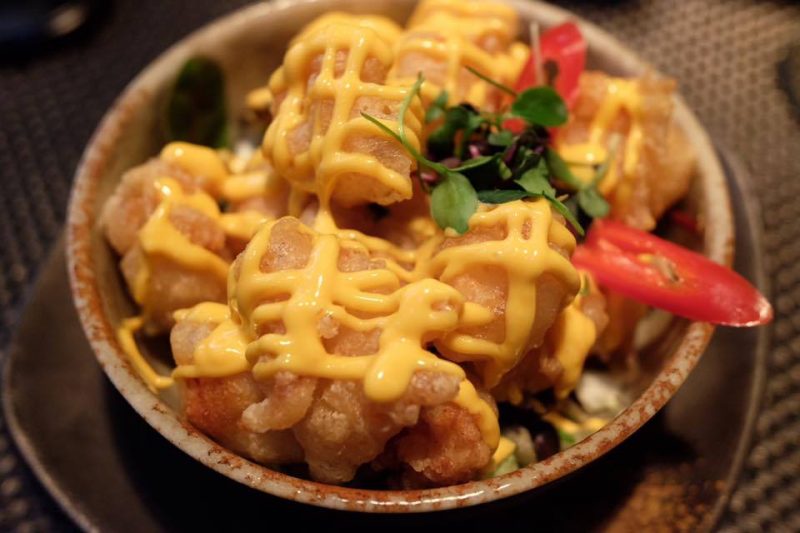 We also tried the Shang Hai Pork Sui Long Bao, which have become a bit of favourite of mine recently, so I order them wherever I can. These were so good. The bao was so light and fluffy. 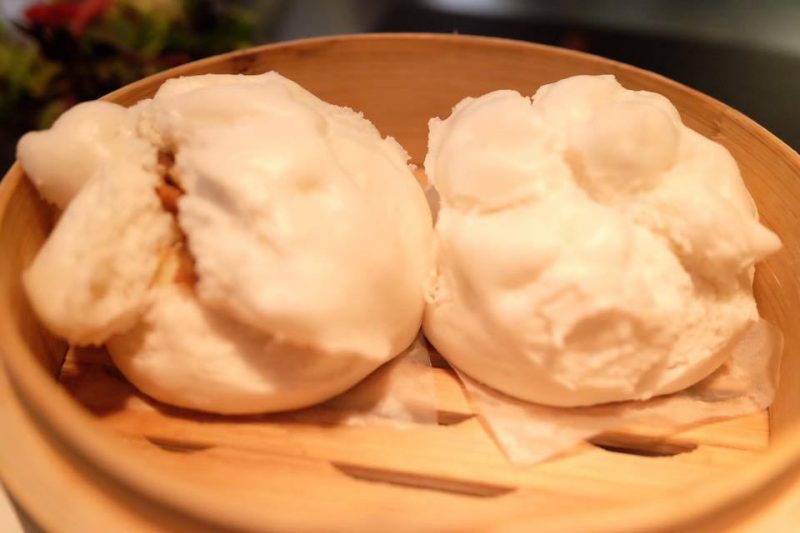 We also went in for some dim sum in the form of BBQ Pork Buns. These were bloody good, so much so that I really didn’t want to share the third one with Mike!

The last dish we went in for was the Aromatic Duck and Cucumber Spring Roll with Hoisin Sauce. These were great too! I’m a sucker for a spring roll so we tend to try these wherever go. 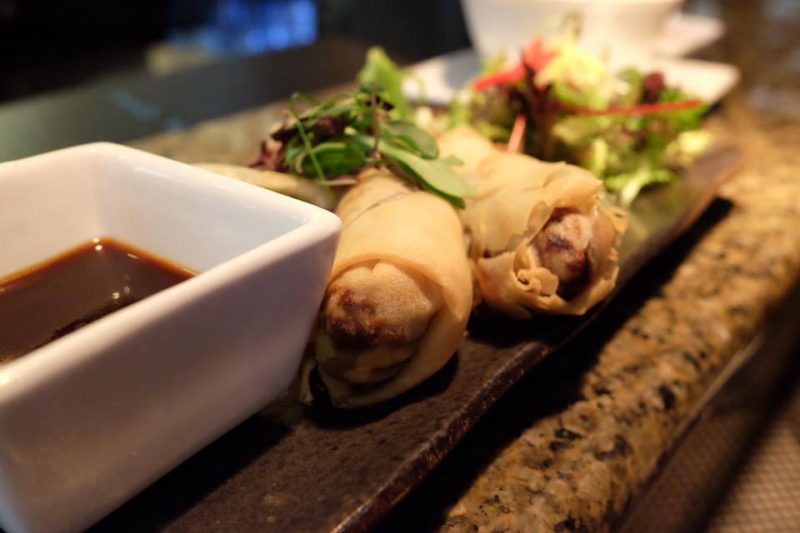 We then got told off by the lovely manager for not trying enough food, and that she would bring out a couple of their most popular dishes so we could really get a feel for the restaurant.

We certainly didn’t expect to be treated to such incredible foods.

We were brought out the Wagyu Beef, which was sliced with three choices of dipping sauce; Teriyaki, Sweet Chilli and Green Thai Curry. In all seriousness the beef was so good on it’s own that I didn’t really use the dipping sauces as nice as they were. This was served with a small bowl of rice as part of the dish. 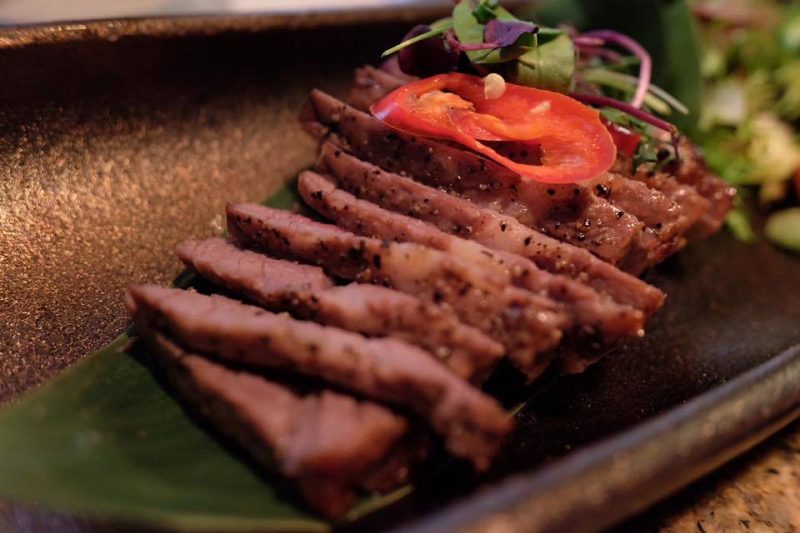 We were also brought out the Chicken in Spicy Basil sauce which was so good too. In fact, it was so good that we took the leftovers home so I could have them for lunch the next day. 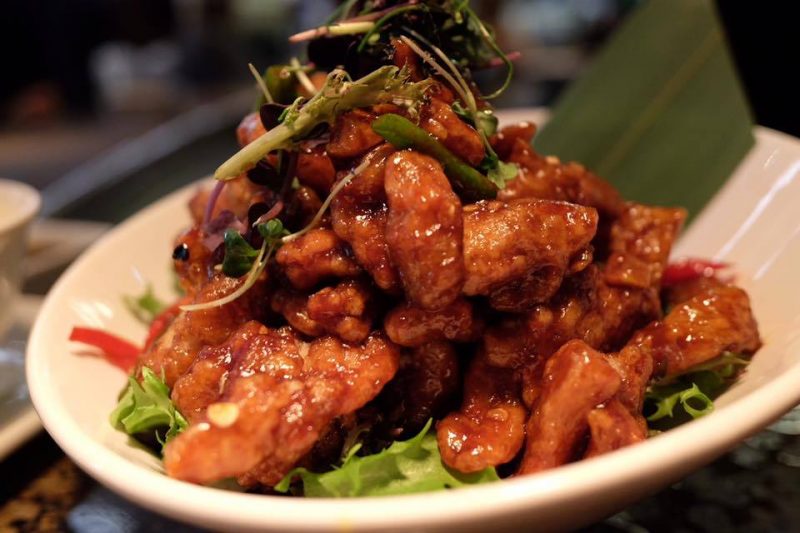 We were also able to try Jasmine tea for the first time, and it was real good! I’d never seen a blooming tea before so this was something new too! We had two pots it was that yummy! 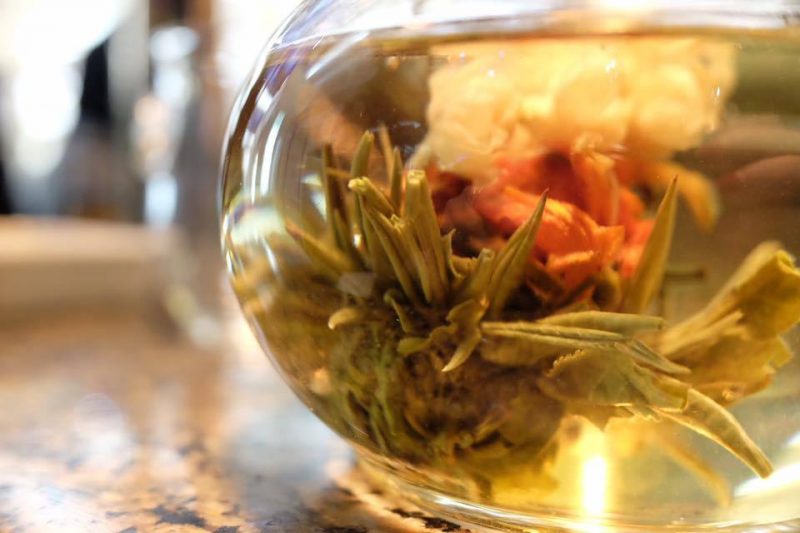 As ever, the service was fantastic, the food way above what we had expected  and the location was perfect for, both, shoppers and people watchers.

Best Places to take your Date in…