When it comes to Easter, we’re not very traditional.  We’re the same with most celebration days, for example, for Mother’s Day, we go out the weekend before as we hate going out on the day as you get rushed, it’s usually a set menu, and the service can be pretty bad too. So we decided to host a little Afternoon Tea Easter celebration this year. We love spending time with family, so we use any excuse really!

We had a little practice run to make sure my cucumber sandwiches were up to scratch. And to make the event a little more special the lovely team from Amara Living decided to kit me out with some new crockery from their Spring Lookbook. 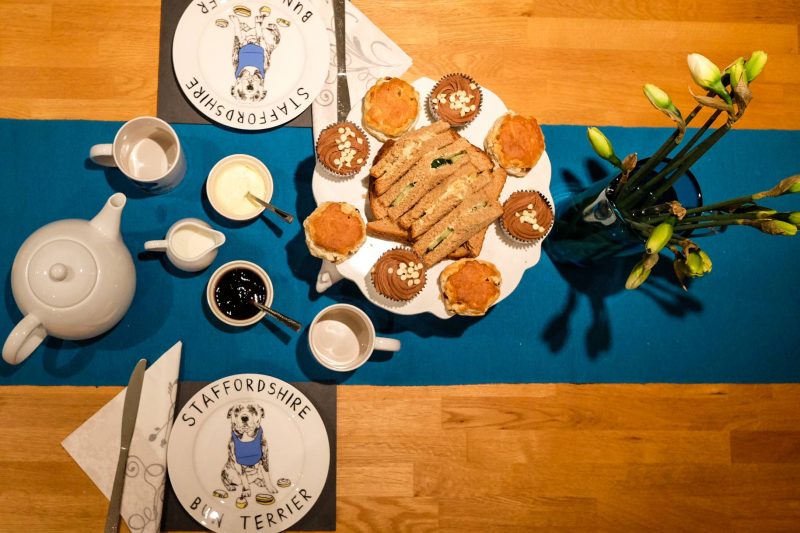 I have to say I was mega impressed with my afternoon tea making skills. We dined on cucumber sandwiches, coronation chicken sandwiches, scones and chocolate cupcakes.

We had a cute teapot filled with enough water to make four cups of tea, with a jug filled with milk as I’m all about the milky tea. We also had a larger jug that I thought makes the perfect home for the super tall daffodils I’d picked up earlier in the day. 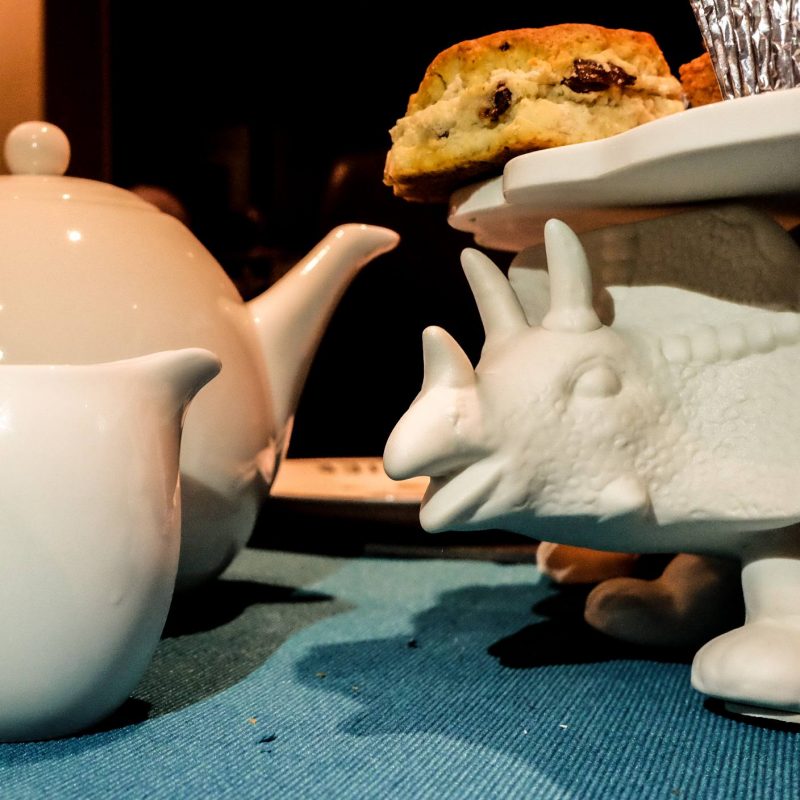 My most favourite part of the table is this insane dinosaur cake stand. Triceratops are in my top 3 favourite dinosaurs, as we all have a list like that right?! He’s made so well, rally quite weighty and held our afternoon tea upon his back with no effort! There are also two others in the set so you can stack them into a three-tier cake stand that I’m thinking I will add to my collection over time.

He’s been washed and is now sitting out on the table as he’s far too good to put away. I’m just trying to think of what to pop on him to make a bit of a thing of it! 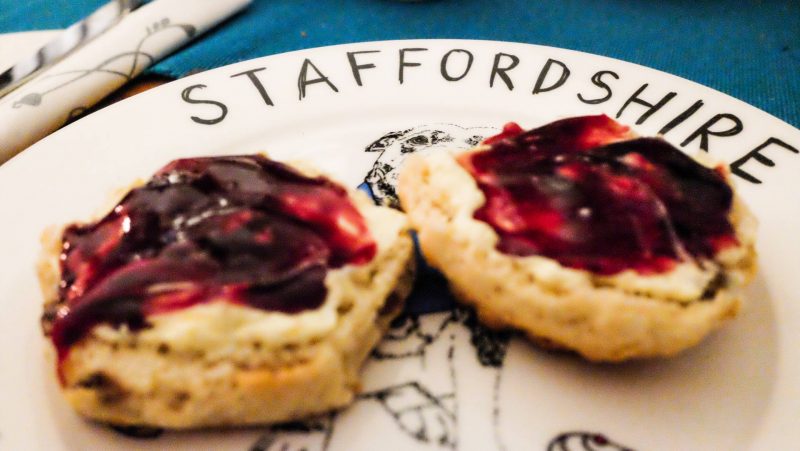 The other items that had me cracking up on the site when I was looking, were the ‘Staffordshire Bun Terrier‘ plates. As a big sister to two cheeky Staffs they had to be made part of my set! The little Staffies face on them makes up for him eating all the buns! As soon as they arrived I Facetimed my Mum to show how good they are and we both love them! Under the plates are our lovely new slate placemats; we desperately needed new placemats so these arrived just at the right time. I also thought they could be great to use as plates when photographing food, as they give such a stark contrast. 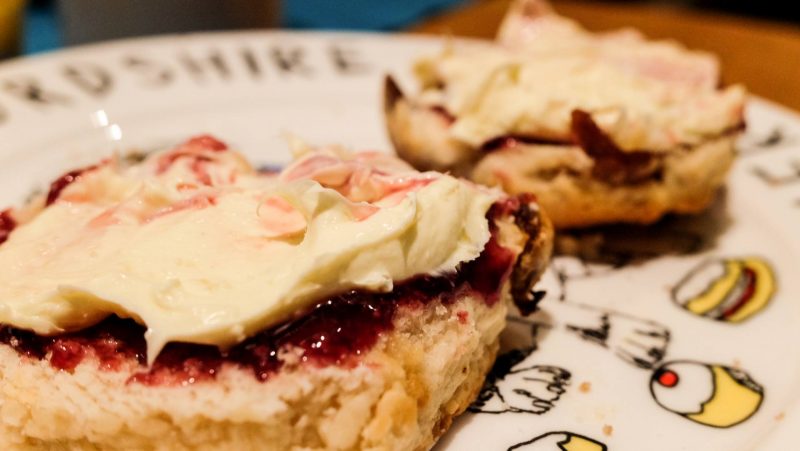 One thing we did notice when chowing down on our afternoon tea was that Mike and I layer our scones differently! I’m the scones above; cream first to act like a layer of butter then the jam on top. But Mike does jam first then his clotted cream!

How do you have yours?

Improving my Wellness with #MiraMoments *

One response to “Easter Afternoon Tea with Amara Living *”