Where to Eat in Berlin *

Berlin has some of the best foods I’ve ever eaten!

Our trip to Berlin was a surprise for Mike’s 30th so I had booked a ton of awesome places to eat so we had the best time as we are big foodie fans!

Our first stop was a local to where we stayed Italian and I can’t even tell you what it was called! It’s about a 5 to 10 mins walk from Andreasstraße on Karl Marx Allee. The food was incredible and the chef came out to ensure we loved our lunch so that was a super nice touch. 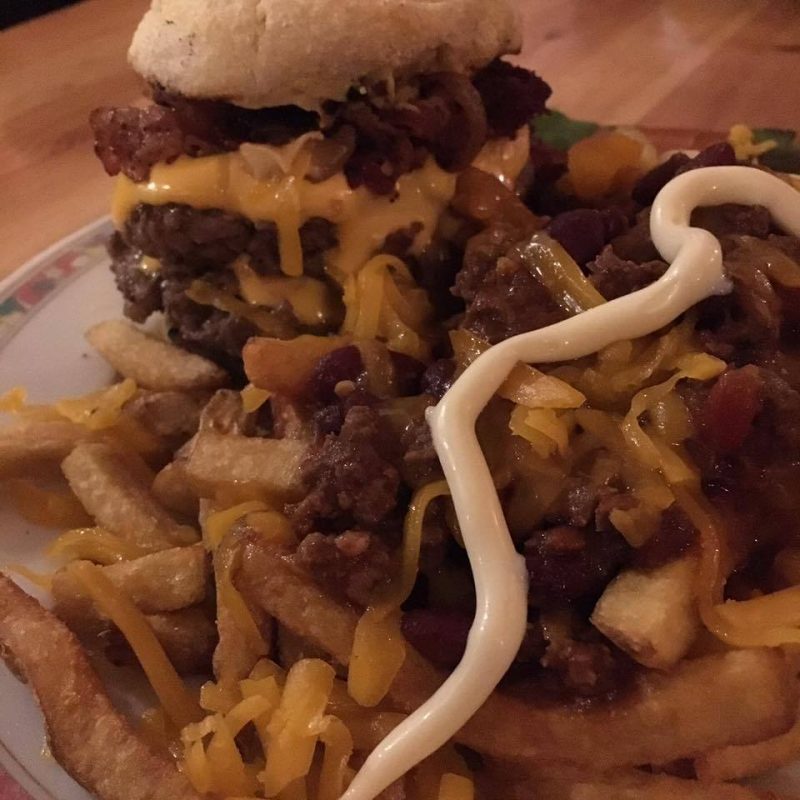 Dinner on the first night was this insane burger place called The Bird. It’s a New York-style bar and steakhouse, serving undoubtedly Berlin’s best steaks and burgers as I think they’re going to pretty damn hard to beat. They opened in June 2006 and since then everything, including Sauces, dressings, patties, is made fresh daily from scratch, which wins me over. The Beef is freshly ground every morning and service is fun, the atmosphere is quirky and the burger was the absolute dream. 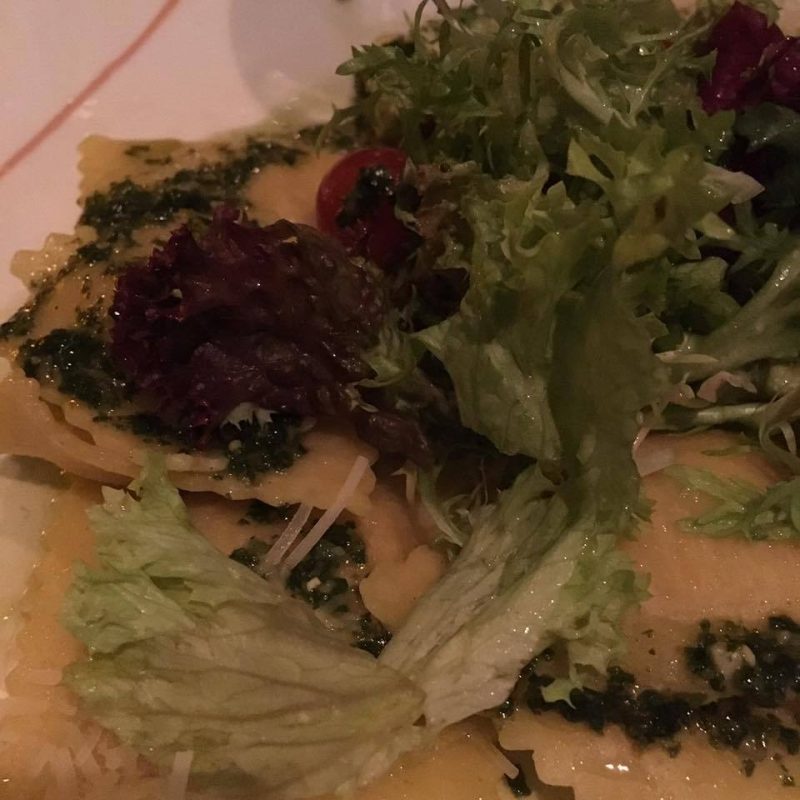 Our second night was one I’d planned well in advance and was pretty excited for. It was a set menu that was at the top of the Alexanderplatz TV Tower. The food was really nice, but there wasn’t much to chose from. You could do an Al A Carte menu but I couldn’t work out to book that online! The restaurant is 207m high so the views are amazing, the only issue I had with this was that you can’t book window seats, so we were sat a row back but we still had a really great night. 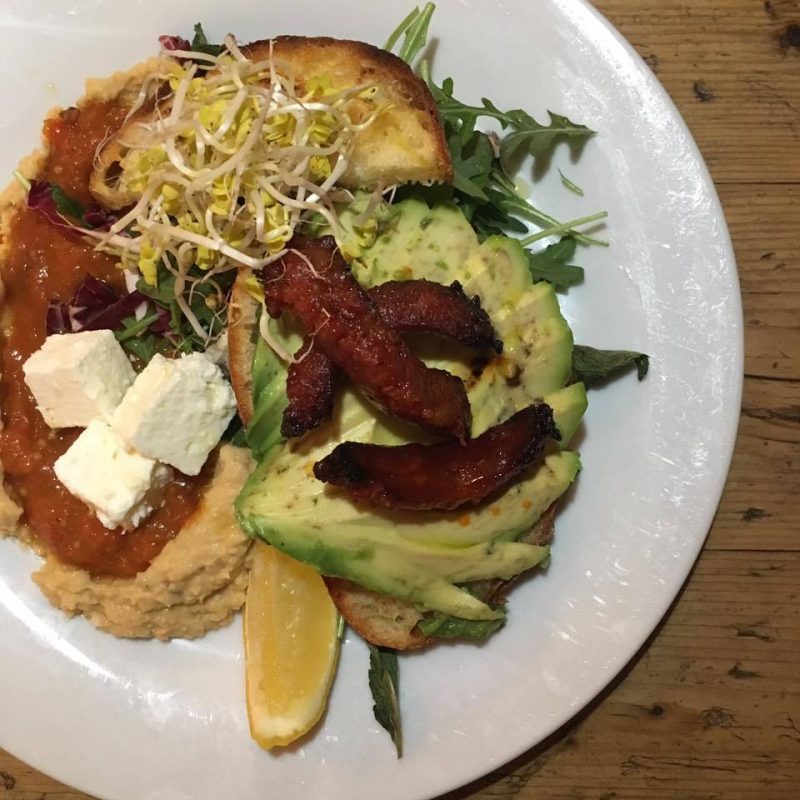 So this was the best brunch I’ve ever had! It was a place called Silo Coffee on Gabriel-Max-Straße. I’d done a little research into places for brunch as I wanted to ensure we had a good start to the day, and I’m so glad we came here! We got there about 9.30am and I’d advise that you do so too otherwise you’ll be queuing to get in! My meal contained totally amazing homemade hummus and chilli jam, with toast, avocado, chorizo and feta. It was around £10 but worth every penny! You need to go here!! 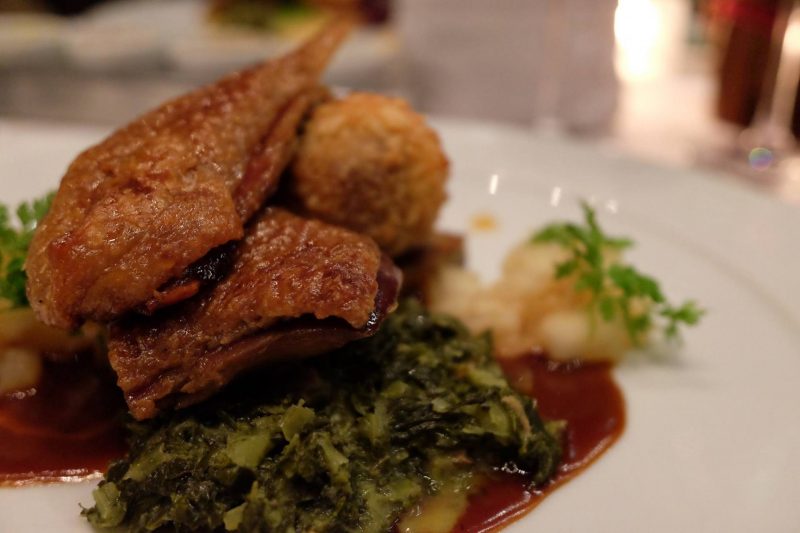 Our last meal in Berlin was what I deem the most special as I had to book this 6 months in advance, then reconfirm 3 months before and then 3 weeks before, and we had to have our passports checked on the way in! This was because we were eating in the rooftop restaurant on the Reichstag Building which is the German Parliament. I was so excited for this as I’d never heard of anyone eating there before and the menu looked incredible. We went full out with a 5 course menu, that also had mini course in between too! Our main course was the duck dish that’s pictured above and it was so good.

I can’t tell you how good the food was in Berlin, everything we ate was incredible.

If you want to see what else we got up to check out this video that I put together for travelcast.tv which is a new video platform specialising in Travel content which lets you geo-tag your videos. TravelCast is for you if you’re like me and spend hours watching people’s travel vlogs!

Have you had any good eats in Berlin?