Last week, myself and a friend headed over to The Gladstone Arms in Borough Market to try out their grub after opening their doors after a cheeky refurb! The Gladstone Arms is a well-known pub on the gigging circuit; it’s housed lots of well-known names and the three young entrepreneurs that are now in charge have put their passions of owning their own local pub favourite into reality and will be continuing this tradition. 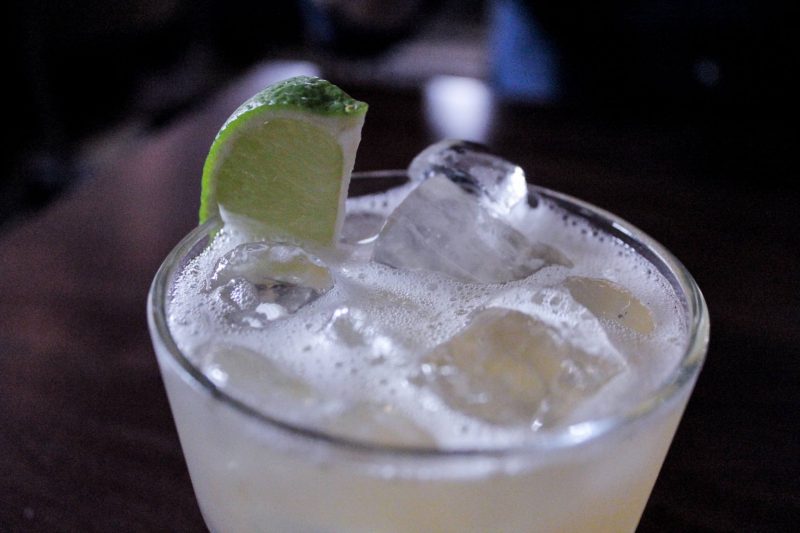 The Gladstone have revamped the cocktail menu so we just had to try a couple to give our seals of approval! Davide began on The Gladstone named after William Gladstone, as is the pub. This is a smooth cocktail featuring whisky with Tonka beans and bitters.

My first cocktail was The Great British Summer made with vodka, basil, honey and passion fruit puree; the total taste of summer. This went down a treat while checking out the menu and making our order. 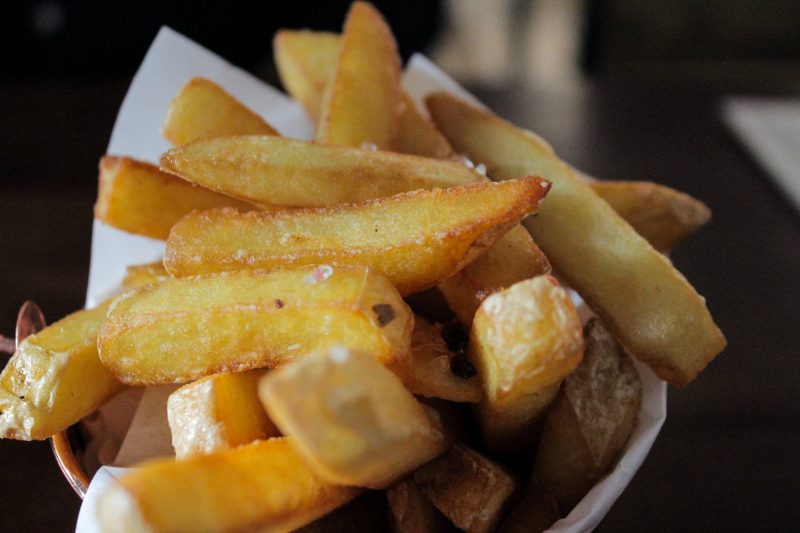 First up to the table where the chips with hibiscus salt, as we had ordered a fair amount of meat, it was only right to balance out with a portion of carbs! They were crispy on the outside and soft and fluffy on the inside, just as chips should be. This hibiscus salt finished them off nicely. 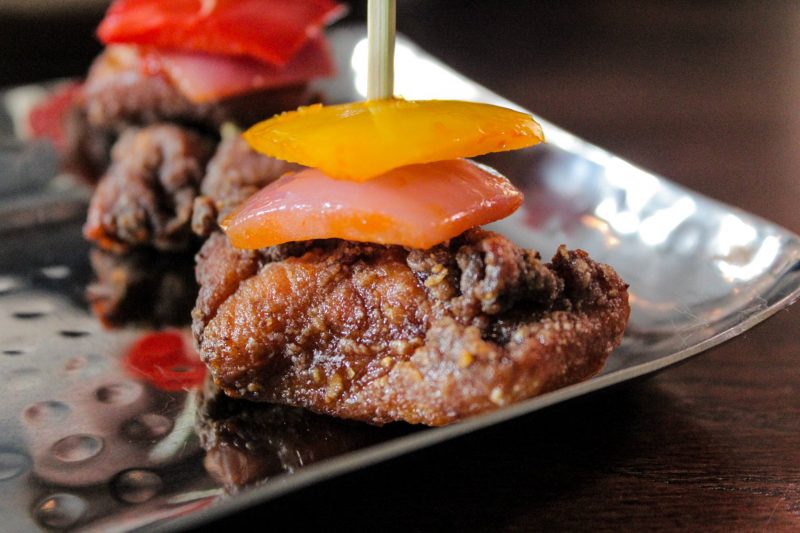 The first of our meaty delights was the Chicken Kara-Age; a Japanese style chicken with a slight southern coating served with onions and peppers. This was tender, flavoursome and the coating was so good! I wasn’t sure what to expect with the Japanese inspired dish but it was real good! 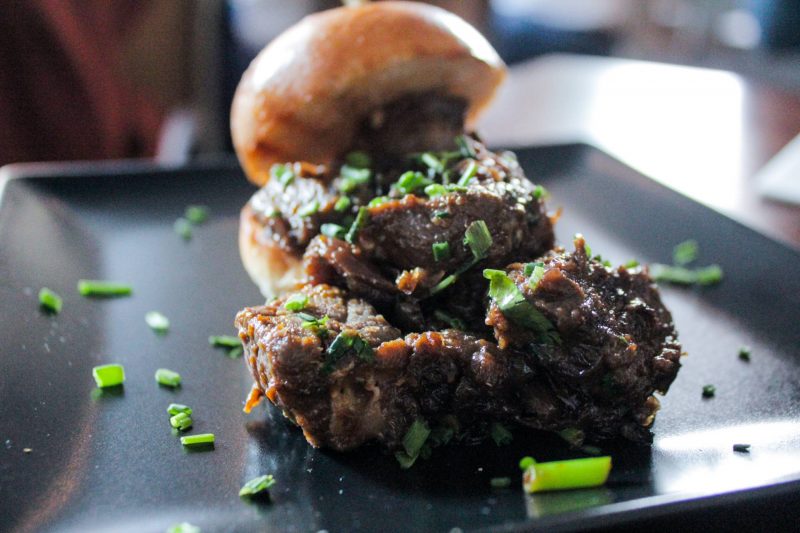 Second up, which ended up being Davide’s favourite, was the Beef Boti Kebab. This totally not what I thought it was going to be, as in my head was your typical late night kebab after a few bevvies, but instead I was graced with this beaut! A posh brioche bun filled chunks of tender, Indian spiced beef; this is a kebab style I can get behind. 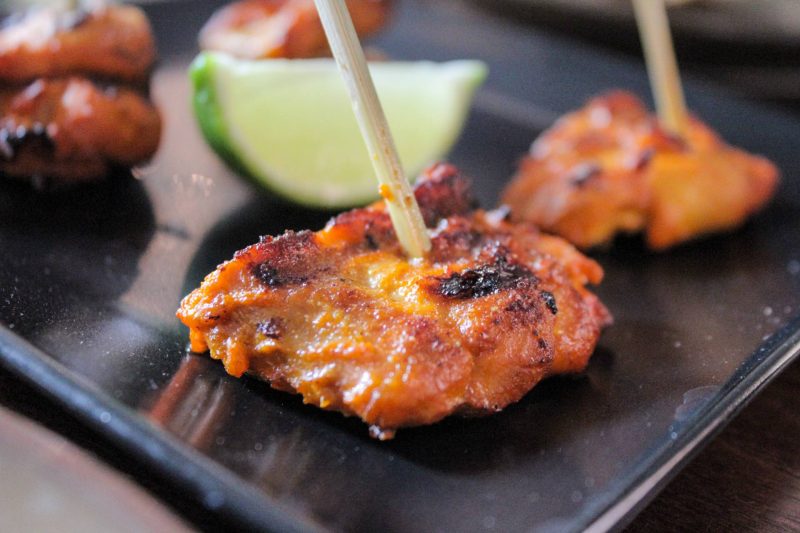 My favourite was the Traditional Chicken Tikka as I did think it would be when reading the menu and making our order. It was smokey, it was spicy and it was awesome. I think I could be making a trip back just for a few portions of these with the chips and a cocktail! 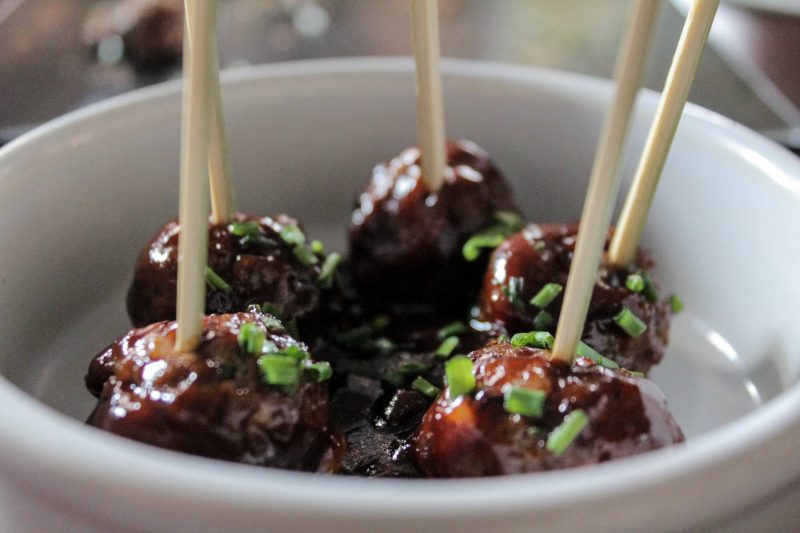 Our last dish was something we didn’t order, but we asked to try and I’m so glad we did! The Spring Lamb Meatballs in a smoked BBQ sauce are in season currently and they went down a right treat! I wouldn’t normally order lamb but now I’m rethinking that if it’s going to be this good! 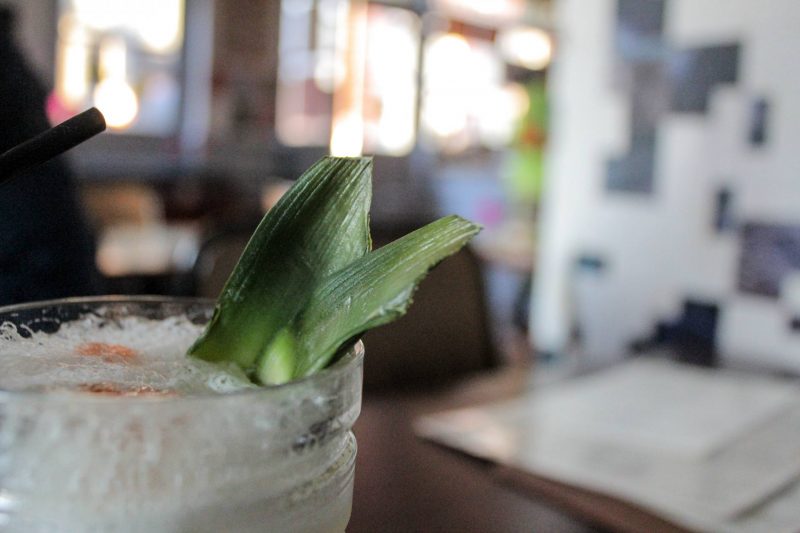 After dinner, we had another round of cocktails, one for the road you might say. I went for The Pickwick Papers as I’m a Charles Dickens fan, and this consisted of rum, lime and bitters. Davide went for The White Knight which was gin, lemon and sugar topped with a cherry and orange. Both perfect for the summer sun that was shining outside at gone 8pm; hello summer!

Both the service and decor was spot on, and the rest of the guest seemed to enjoying their evenings so that’s always a good sign!

3 responses to “Dinner at The Gladstone Arms *”