When you usually think of staying in a hotel at the airport it’s because you’ve got an early flight and want to make the most of your sleep, but sometimes we like to shake it up a little bit. After flying home from Barcelona we decided, as we were meant to land at 10pm that we’d make the most of a shower and a real bed after our festival as we had to be back in London for Rachel’s train home and stay at the Ibis Gatwick. 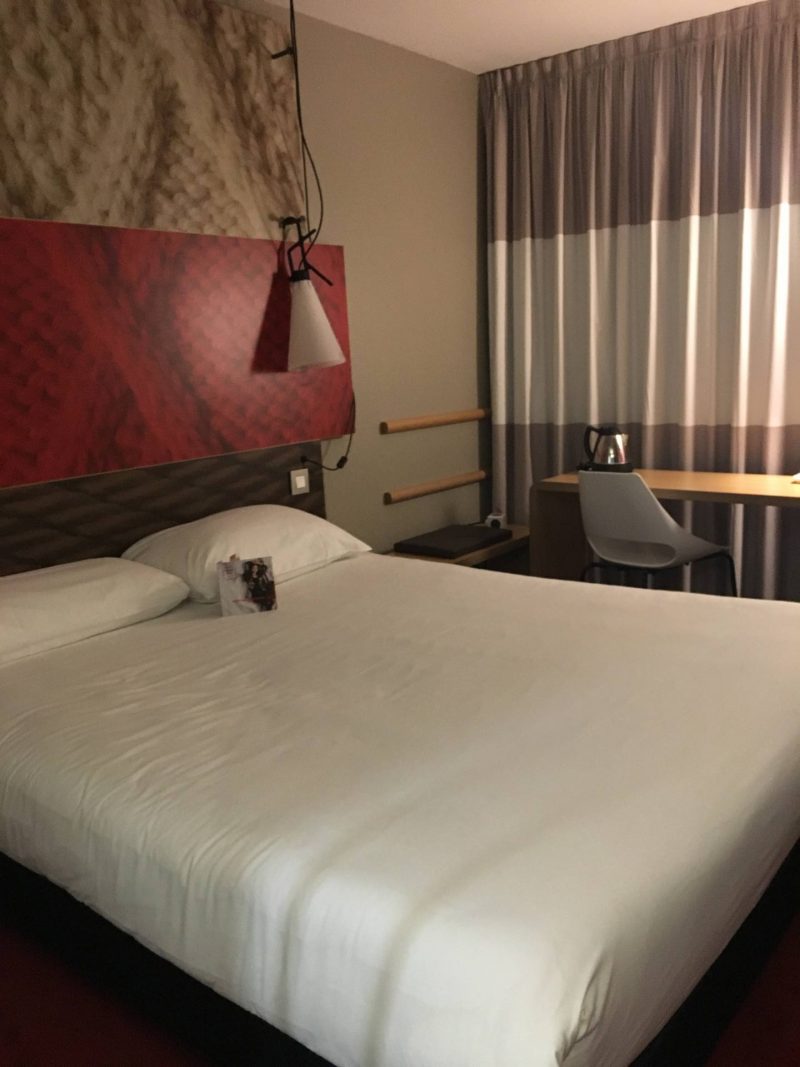 Our flight was delayed, we had had around an hours sleep over the space of 48 hours by then and it was a £20 Uber fare to the hotel as the normal taxi queue was over a two hour wait; it was safe to say all we wanted to do was sleep.

Luckily there was no trek back from Gatwick to the flat as the hotel was less than a 5 minute drive away. We got checked in and up to our rooms within minutes of arrival. I had never been happier to see a real bed and a shower with hot water! I grabbed my toiletries out of my case and was in the shower as quick as I possibly could be. 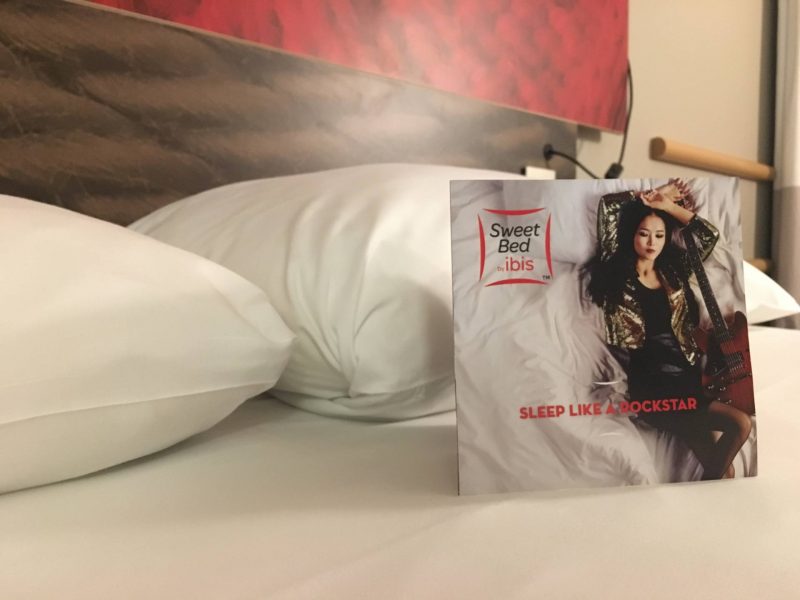 The bed was insanely comfy and I’m not just saying that as I had been sleeping in a tent and on a coach before that. The pillows were spot on; I often find that hotels give you really flat pillows and I really don’t get on with that. I’m all about synthetic inners too, no feathers for me and I often struggle with that too. I’m such a pillow snob.

My room was right at the end of the corridor on the third floor so it was super silent outside which meant those 4.5hrs sleep I managed to squeeze in there were undisrupted and totally peaceful. I think if I hadn’t set my alarm I’d of been awoken by housekeeping telling me I’d missed check out. 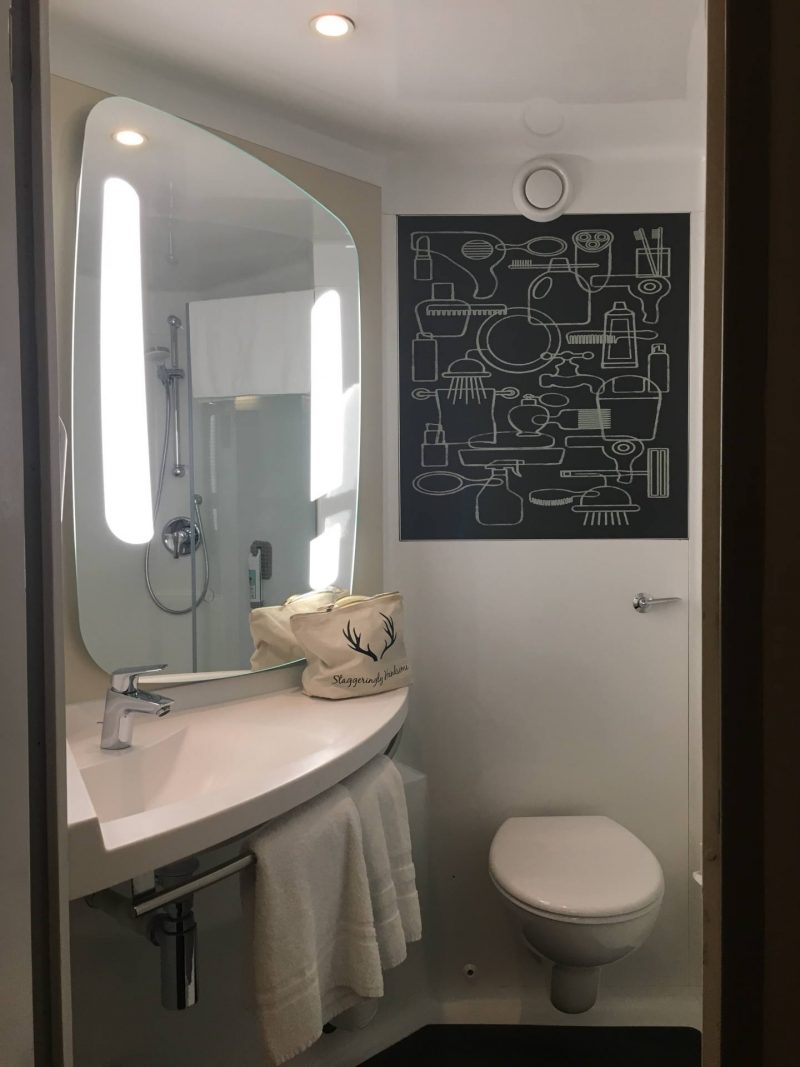 The bathroom was in the corner of the room and had everything I needed to make me feel human again. The shower was surprisingly large for the size of the room which was a welcome extra. The room also comes with face, hair and body wash which was handy as I didn’t have any shower gel and after living in a tent for a week it was so refreshing. 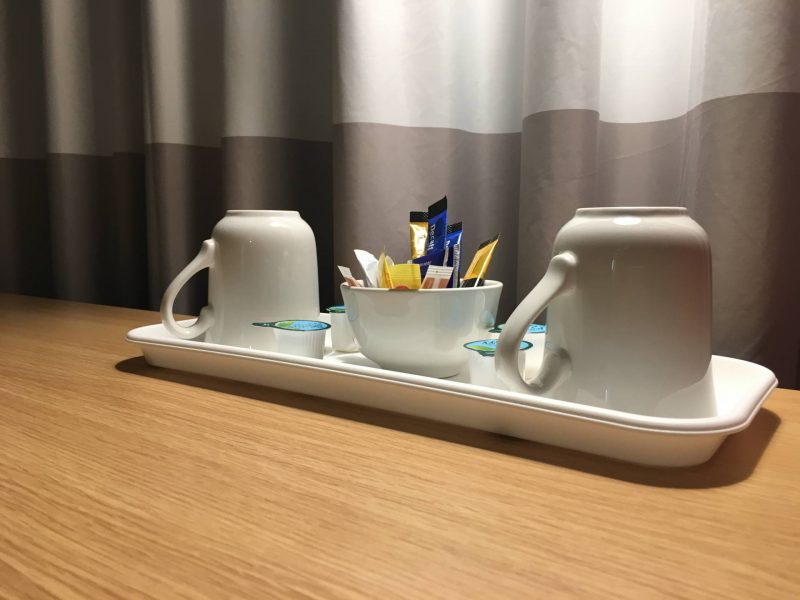 The room also had a hair dryer, tea and coffee facilities and a desk. They also have their own tablet in each room that can do your wake up calls, and give you information and access the internet with. They also had these great plugs by the bed that had a few sockets in with usb plugs too. These were perfect for charging my phone and iWatch by the bed.
Breakfast was part of our room booking so we helped our selves to the hot section as it was so needed! Rachel just had some toast but I went all out with sausages, bacon, beans, scrambled egg and toast as I was so hungry! We hadn’t really eaten much on our trip so this was the perfect way to fuel myself up for the day of washing once I was back home!
The staff were great, really polite and made our very short stay well worth it. It made our journey home shorter and saved us from commuting back to London the next day.
I’d highly recommend using the hotels after your holiday if landing late at night.