When I look back at the girl I was over ten years ago, I have fond memories of the fun I used to have, the friends that created those memories that have all moved on; some married, some with children, and thrown in there are a few regrets but I believe that they make you a stronger person.

I often wonder what I’d say to that fun loving, emo dressed teenager with stripey hair if I were to ever meet her, so I thought I’d sit down and write up those thoughts, just in case I ever get to! 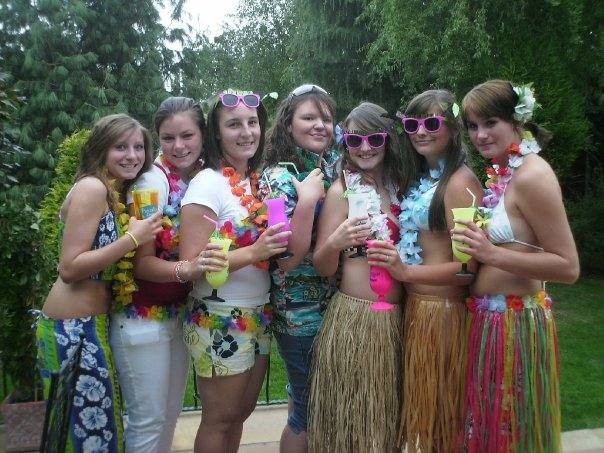 I fell into my first proper relationship at 16 and at the time I thought it was all sugar and rainbows. That we’d get married, have kids and live a long and happy life together. That was until jealousy got the better of me, it ruined so many nights with friends, and meant there was plenty of tears cried, but rest assured that one day, almost 10 years later, someone will walk into your life and not give you a reason to feel that way.

I was also cheated on in that very same relationship; my world came crashing down when I found out. I didn’t want to eat, I cried a hell of a lot and didn’t think I could go on. True drama queen, I was! But, those tears you will sit and cry will simply make you a stronger person, they will make you realise that he was so not worthy of your time and that there was better out there for you. So stop all that moping about, grab your friends and get back out there having fun. Don’t waste time on someone not willing to waste time with you.

The Way I Look

In a way, 16-year old me and 27-year old me dress very alike; I’m still pretty emo to be fair, I still dye my hair crazy colours, my wardrobe still contains checked shirts and black skinny jeans. I guess I found out who I wanted to be pretty early on, but there are parts of me that really got me down…

I had an accident when I was a year old that knocked out two of my front teeth pretty much as soon as I got them. I was to have a lovely gap that I used to put straws through until my adult teeth grew down. But when one of the teeth grew down it wasn’t right, in fact, I had lots of nasty comments about that tooth before I got my braces. All that hard work you put in, with braces, dental appointments, being cautious with what you were eating and drinking; it all pay off. The amount of comments you’ll get on having nice teeth as an adult outweigh all of the stupid comments as a teenager. And you’re lucky you got them sorted when you did as the cost of dental implants in the U.K has risen a hell of a lot over the past few years!

I got my first part-time job at 16 working in our local vets where I cleaned up enough poo and vomit to last me a lifetime. Obviously, there were some incredible moments witnessing puppies being born and crazy talking parrots, but when the time comes to move on from there, don’t be sad. Working with animals may be the dream but over the next 10 years, you’re going to be lucky enough to work in some amazing places, with people who really shape your life. You will end up in a career you didn’t expect to love so much so just keep going, the part-time hours in supermarkets through getting your degree will all pay off!

The fact that friends come and go is still a tough one for me; you spend hours upon hours with a certain group of people and then a few years later you don’t even smile if you see each other in the street. And you know what, as much as I miss some of the people I created memories with back then, you’ll end up with better friends as you get older. There may not be so many of them and you may not hang out as much as you did when you were younger but in turn, they are the right kind of people to have in your life.  Don’t worry about the ones that got left behind, focus on those in front of you.

I’m sure there are a hundred other things I will think of wanting to say but I think these are a good place to start.

How You Can Look & Feel Great…