Rocketing down the Thames! *

Last week myself, Kariss and some of the Love Pop Ups London team spent our Friday evening speeding down the Thames at high speeds. This was made possible by the awesome lads from Thames Rockets who had us laughing all the way. 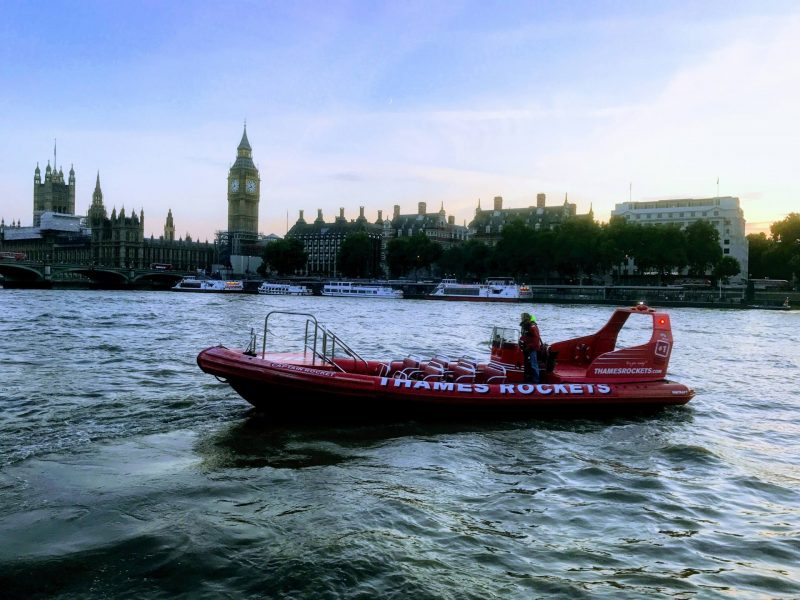 Hopping on board, underneath the London Eye, at 8pm meant we got to head out in the sunlight which was great to be able to take in all the fun facts that James, our captain, was telling us. There were so many facts that I didn’t know which always helps as I’ve done so many walking tours, historic days out and just spent so much time in London you can begin to hear the same stories over and over. 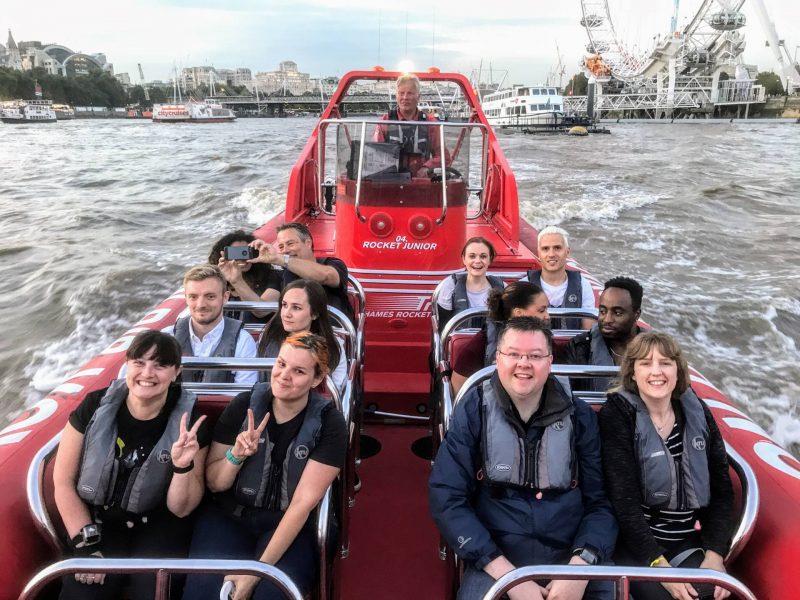 The first half of your trip is a gentle sail down to Wapping being filled with this wonderful fact but in such a humorous way. James kept us guessing, laughing and fully immersed in what he was saying which must be a bit of a task as we were all taking photos and muttering about the previous facts he’d just thrown at us.

As soon as you head past Wapping Police Station the speed kicks in, as does the soundtrack. The speakers must have been well hidden as the James Bond theme quite made me jump! The boat twists and turns that kept us on the edge of our seats all whilst singing along to the likes of Bruno Mars, Beyonce, Queen and, of course, Journey! The music fits the route perfectly building suspense and bringing us back down when we slow; it was really effective and unexpected. 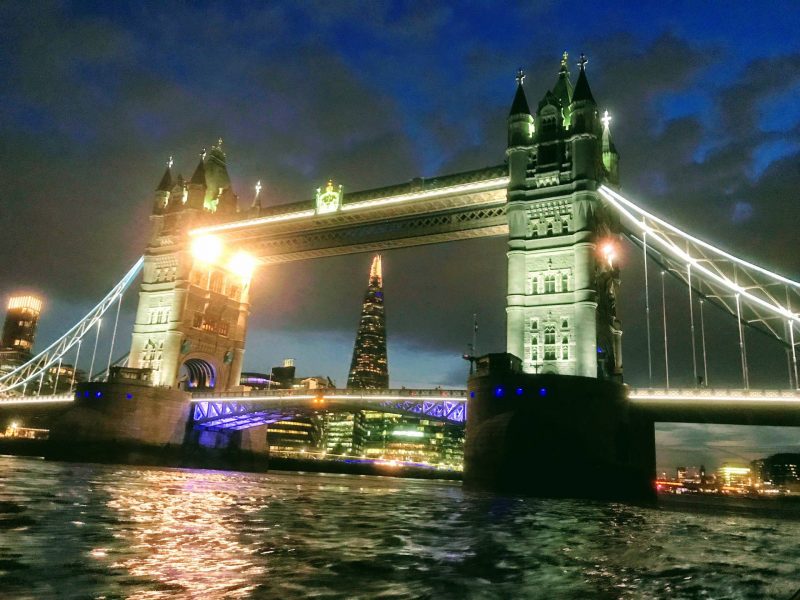 Once the fast paced fun was over we came back into dock back under the London but not before a cheeky cocktail whilst on board; yet another unexpected addition! They were served in Red Solo Cups which always put a smile on my face as I like to think I’m in America at some rad party when drinking from them!

I can 100% see why Thames Rockets have won so many awards, including  ‘Small Business of the Year’ when they first kicked off 10 years ago, then quickly followed with the ‘Best New Tourist Attraction: Gold Award’ from VisitLondon. Plus most recently they have won the ‘Family Friendly Attraction of the Year, 2017’ by VisitEngland; not a bad title to have, right?!

We are heading back this weekend in the daytime, so expect a video coming of both trips very soon!