How to Spend 8 Hours in Barcelona

On our way back from Benicassim music festival we had around 8 hours to spend in Barcelona before our flight. We thought we’d utilise the time we had rather than waiting around at the festival campsite. We left the campsite just after 6.15am meaning we arrived at Barcelona airport a little after 9am. We had a quick freshen up in the loos, dropped our bags into the bag drop and hopped on the shuttle bus to the town centre.

We had both been to Barcelona more than once so our few hours spent there were very relaxed yet I saw little bits of Barca I’d never seen before! So, without further ado, here’s how we spent our time.

Our first stop was the newly opened Sephora branch minutes from Plaza de Catalina, that was complete with slide do to the store. Yes, I did squeal quite a bit, but there’s nothing like making an entrance right?! The store was huge and I made my first ever purchase in the form of sleep masks as my blogger babes rave about them. We also made this crazy gif in the store but I’m pretty useless at drawing hearts!

We then moved along Las Ramblas into Mango, Zara and Pull & Bear as they were having pretty decent sales. I often find that these stores have far better items than in the ones we get at home.

We also made a stop off at the Officina de Tourismo to grab a few souvenirs as no Trip is complete without them.

Our first food pit stop was a pretty generic stop in Starbucks to grab water and crossiants as we hadn’t eaten yet. It was also a cheeky chance to charge our phones. 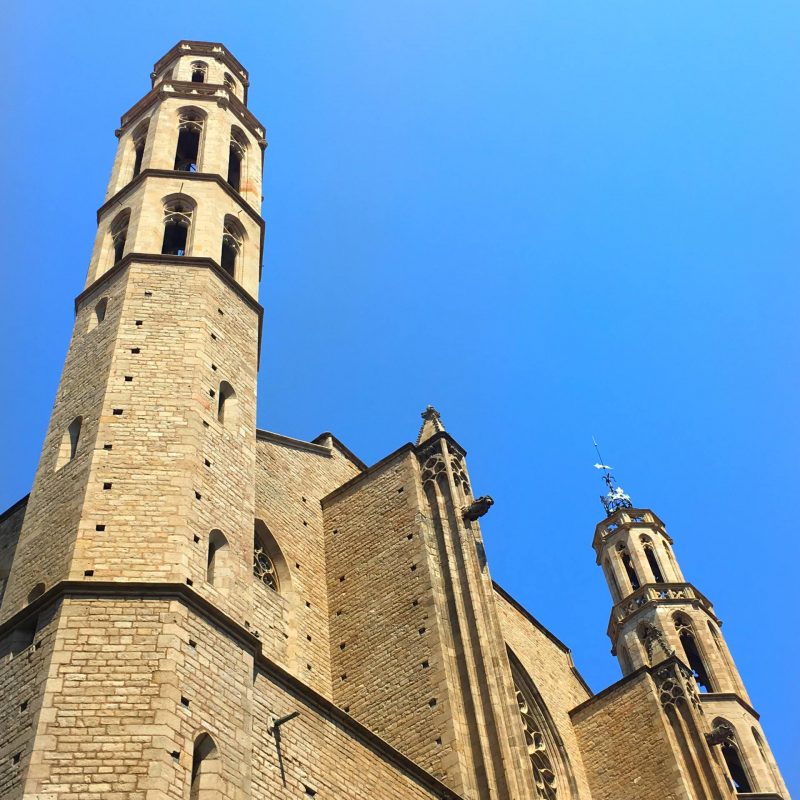 From there, feeling fuelled up, we took a right turn off Las Ramblas and into the little alleys filled with smaller, quirkier shops. I love getting lost and not knowing what is going to turn up around the next corner. We found stunning churches, traditional Spanish homes and plenty of cute dogs! We wandered these for a couple of hours before deciding we needed a tapas break. 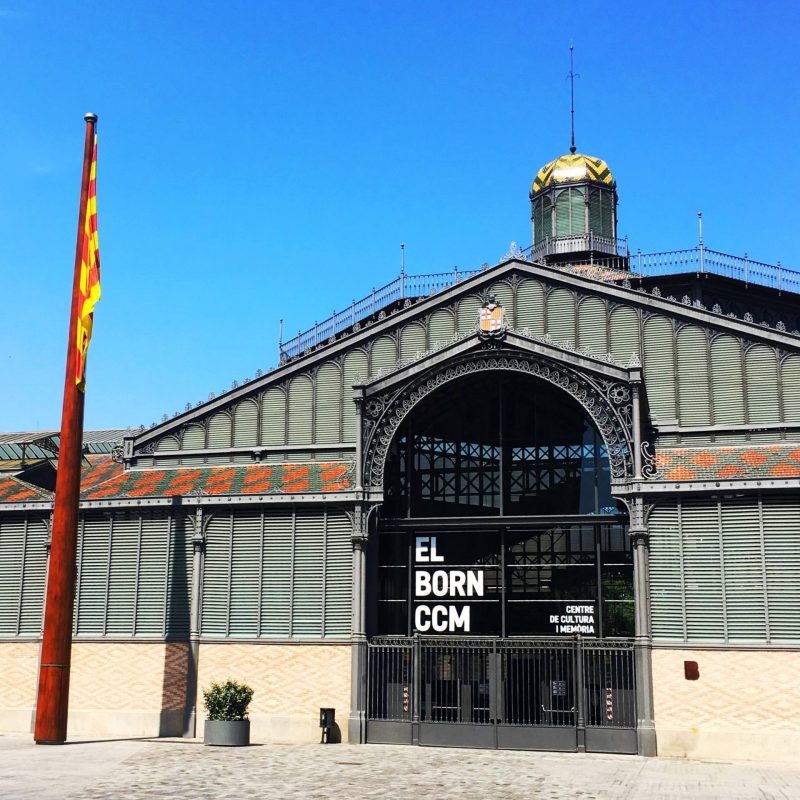 I’m a firm believer that you can’t go to Spain without eating Tapas and as the Tapas I’d had at the festival wasn’t up to much I used that as an excuse. There were so many tiny Tapas places around the back streets so it was just a pick one and eat situation.

Once seated I ordered Patatas Bravas and Chorizo al la Plancha as I didn’t want to go over board. I’m a little gutted we didn’t order any Sangria but with the heat I was drinking water like there was no tomorrow! The food was great and I even got a compliment on my Spanish and my accent! Worth the stop for sure. 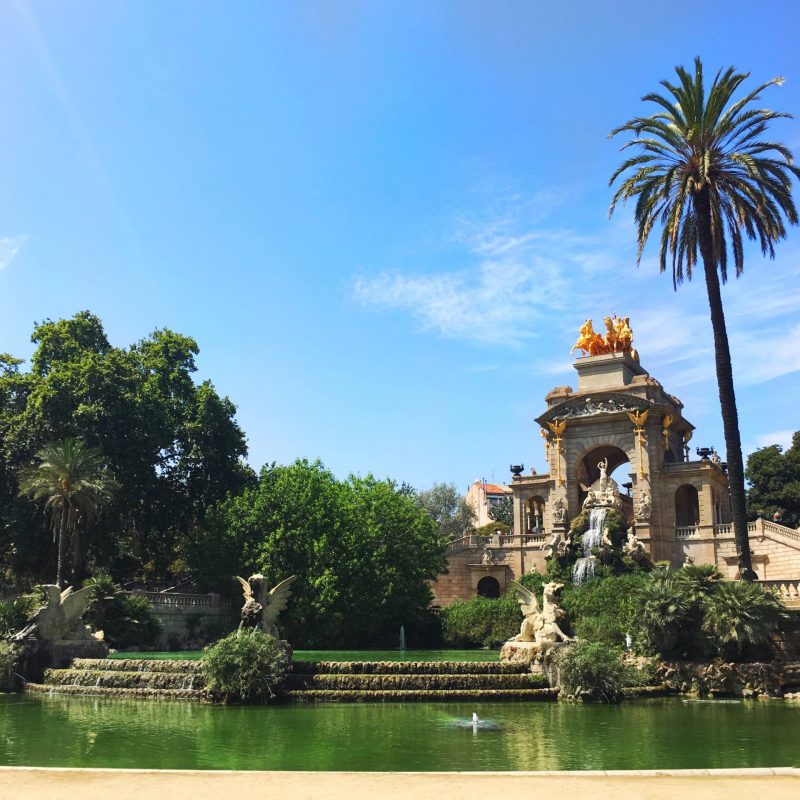 We then carried on our wander down to one of the most stunning parks I’ve ever been to, and that’s saying a lot as London is filled with them! The Parc de la Ciutadella is also home to Barcelona Zoo but we didn’t have time for that. We had a wander, took in the sites and then had a little sit down opposite the stunning fountain in the shade as the sun was beating down hardcore! We watched the children having water fights and tourists on bike tours.

From there we headed back into town for a little more meandering through the small alleyways and took in the amazing Spanish culture as we watched a couple performing Flamenco dancing in the streets. After this we carried on back to the bus as we were more than ready to head on home with our vast lack of sleep.

It may not seem like we did much but for us, this was a lovely little day out that hadn’t expected when we first planned our festival trip.

2 responses to “How to Spend 8 Hours in Barcelona”