I’ve never been one of those travellers that can hostel hop or do hotels on a budget; that was until I learnt about Clink Hostels and they are gradually changing my mind! They are a super fun brand with 3 hostels to their name, currently. Two of them are in London; I stayed in one back in 2015 and it was a converted courthouse (where Punk band The Clash had stood trial and where Charles Dickens once worked) which is so up my street. We had a great night in a private room, the loos and showers were so clean and the social spaces were great.

So roll around to September 2017 and I still haven’t quite got it in me to book a hostel for a trip, I honestly don’t know why I keep putting it off, but the lovely team from Clink may have just given me the kick up my backside that I needed to do so.

They flew me, Penny and a few other lovely bloggers to their ClinkNoord hostel in Amsterdam, just a 5 minute ferry ride from behind Centraal Station. Despite it being gone 10pm we received a really warm welcome from the reception staff and were given the keys to our 4-bed dorm. We had met up with Sandra along the way who was also in our room.

Our other roommate had already checked in but wasn’t around so we headed on down to the bar to meet the others and discovered that Sophie was bunking in with us too!

After a couple of wines we all headed back up to the room for a little inspection, just like the hotel inspectors you see on tv. The room passed with flying colours; each bed had its own locker, plug, 2 USB slots and an over bed light. We were dead chuffed to see our own shower room and loo were spotless too. One great thing about a dorm of 4 girls was having the loo and shower separate so we could all get dressed at the same time, just on a quicker rotation. 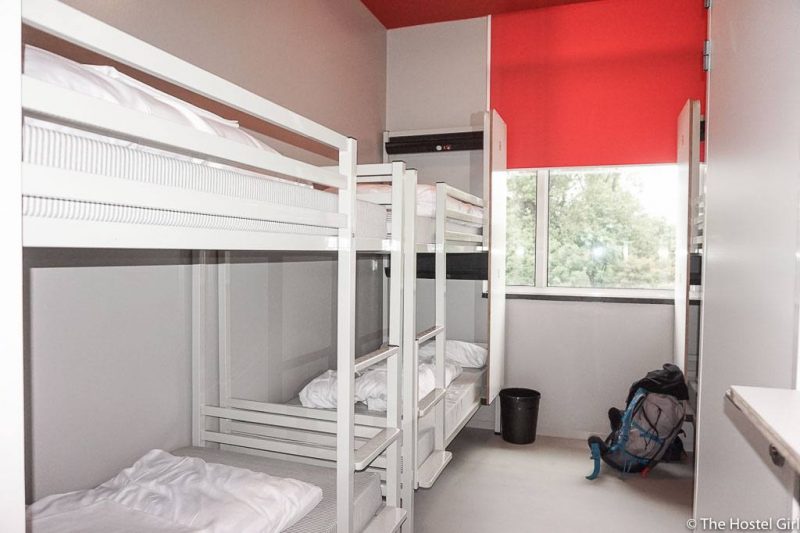 As there had been flight delays, wine and it was a late night I totally forgot to take a photo of the room we stayed in. I think that makes me the worlds worst blogger! So I pinched this photo from Katie, another lovely blogger from out trip of the 6-bed dorm she had stayed in before.

We all slept really well and were up bright and early for breakfast. So I’d never experienced a hostel breakfast before so I had this image in my head of hoards of people fighting over horrid food and gosh, I was so wrong! 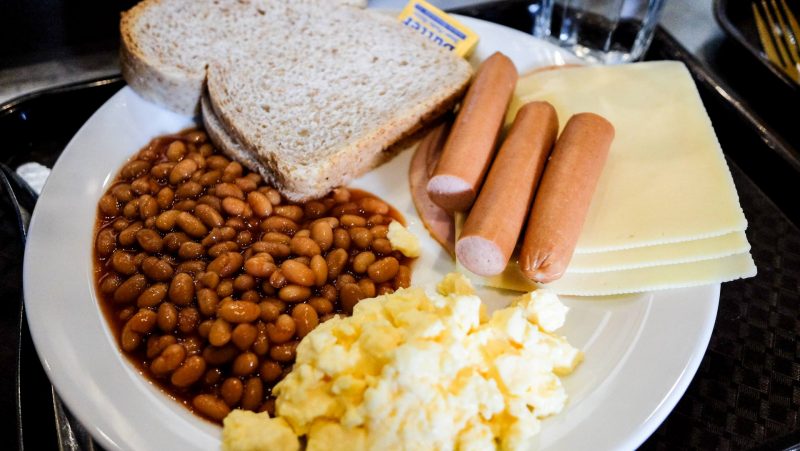 Clink was so civilised; we gave our room number at the door, walked around, grabbed a tray and plate, filled up with what we wanted from the array of foods, toasted the bread and got a drink. So easy. Much like any buffet you’d get in any hotel, although they 100% won me over with hot dogs at breakfast. Whoever had that idea, I salute you.

With full, happy tummies we headed off into Noord with rest of the bloggers but that’s a separate blog post coming later in the week! 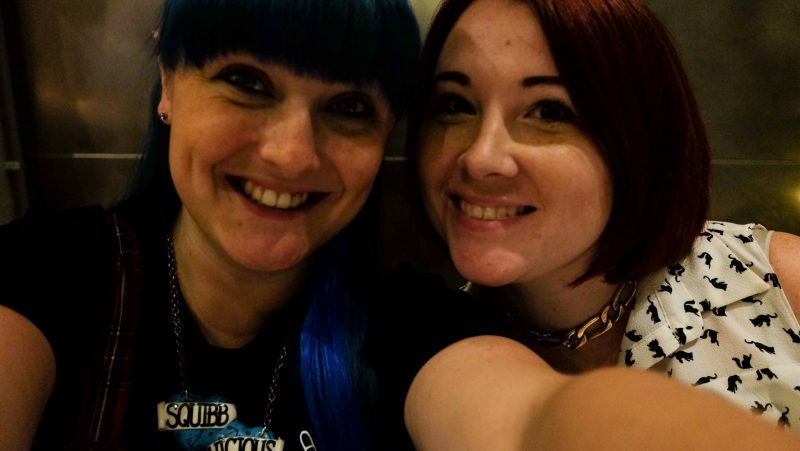 So after a full day out exploring, we had a quick freshen up, donned our glad rags and headed down to the bar where we were greeted with Christmas… yes, I did just drop that C bomb that I dislike so much! I have to say, at first I didn’t quite know how to feel. I’m a Grinch, I dislike turkey and I never really get into the full spirit of things right until the very last minute, but I wasn’t going to let that get to me. ‘Suck it up and enjoy it’ I thought to myself.

But then things changed, we found out our Christmas dinner would be vegan. I was so relieved that there was no turkey. We also found out that they had sent out an email to their subscribers who voted for a vegan Christmas meal and we were the first to give it a go.

The chefs at Clink had never cooked a solid vegan menu before as it seems it’s not such a popular lifestyle choice as it is in London. So here’s what we chowed down on… 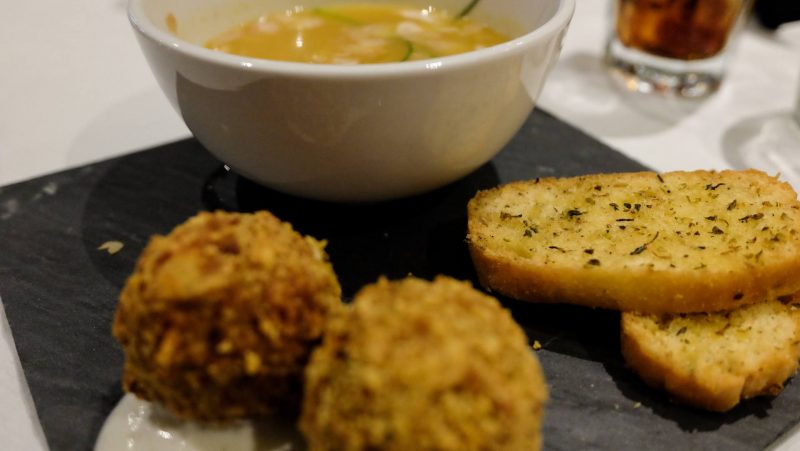 Our starter was a lovely soup with Masala, ginger, pumpkin and coconut served with cinnamon roasted almonds and garlic crouton. With sides of Vegan Bitterballen made from cauliflower, mushroom, green bell pepper, seitan, soya milk and bread crumbs layered on yoghurt, mint and garlic dressing. 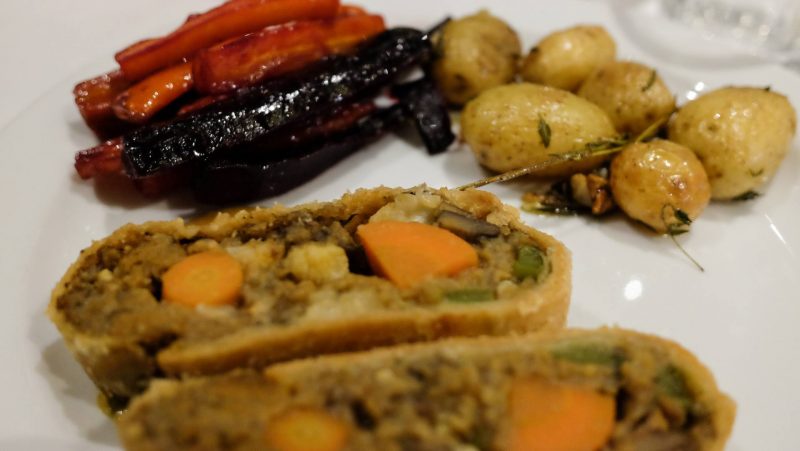 Our main was Wellington created with seitan, carrots, mushrooms, potatoes, farmers cabbage all inside of puff pastry served with tri-colours root vegetable and baby potatoes roasted with thyme, rosemary and garlic. 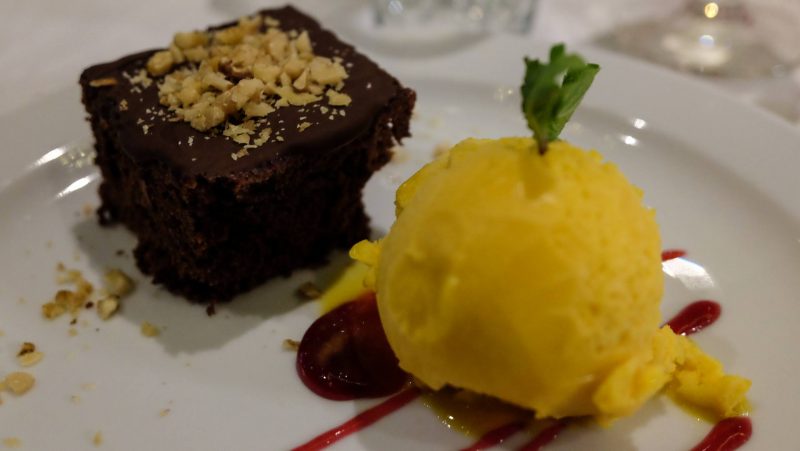 And my favourite course of all was the vegan brownie made with cocoa powder, brown sugar, Choco chips, vanilla and a splash of rum served with crushed nuts, mango sorbet on a squiggle of forest berry coulis. SO good!

Each course opened me up to new things I had never tried before, new flavours I think I’ve missed out on before and a whole new realm of food. I’d never even heard of seitan before let alone try it, and it really made me not miss the meat I’m so used to having on my plate. The chocolate was so rich despite and really creamy despite not having milk in.

As the night came to a close we were introduced to The Hashtag Bike team that have a room by the lobby. 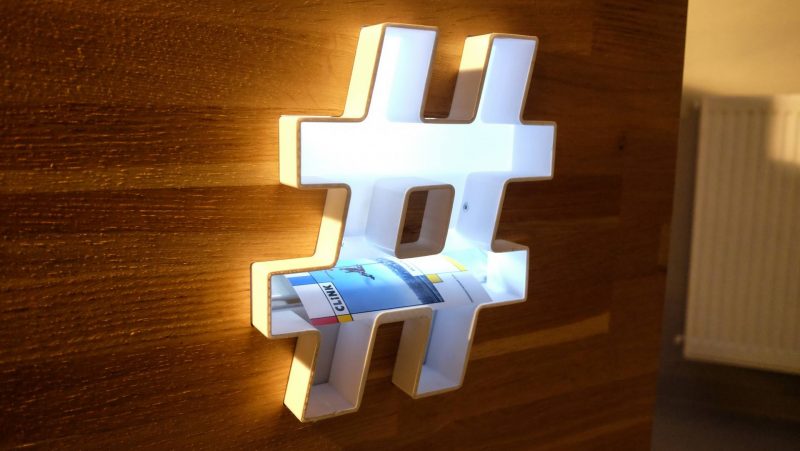 If you post a photograph with #ClinkNoord it will be shown on screens around the hostel and you can visit The Hashtag Bike team to have a print out of your photo. There are different frames and options to print a photobooth style shot to and they’re available at €1 each. I got two printed for my fridge to remind me of my fun adventures with Clink.

The following morning I dined on a similar breakfast and we checked out to head over to Centraal for a whistle stop tour of Amsterdam as Penny had never been before. That post is also going live later this week.

Thank you Clink for an amazing time. I, for sure, will be booking a room with you when I next return. 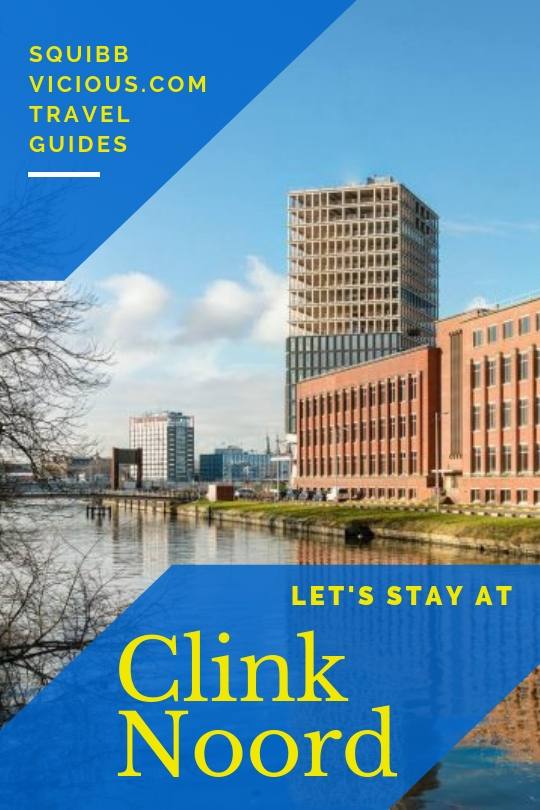 One response to “Staying at ClinkNoord, Amsterdam *”