As part of our day out in Noord we visited the A’DAM Lookout Tower. I’m a sucker for a good view out over a city so I was dead up for this! With an entry of a mere €12.50 it’s something I’d now make the trip over to Noord just to do.

Here’s what you can expect from the awesome A’DAM Lookout!

The experience starts from the minute you walk up the stairs towards the lift as you’re greeted with this awesome throne from Gibson. We obviously all stopped for a photo as it was too good to miss out on. It gave us serious Game of Throne vibes!

Your next stop is the green screen to create your fun photograph. I usually skip these as they cost a fortune and just go in a drawer somewhere, but at A’DAM you get all of the photos they take as a free digital download! 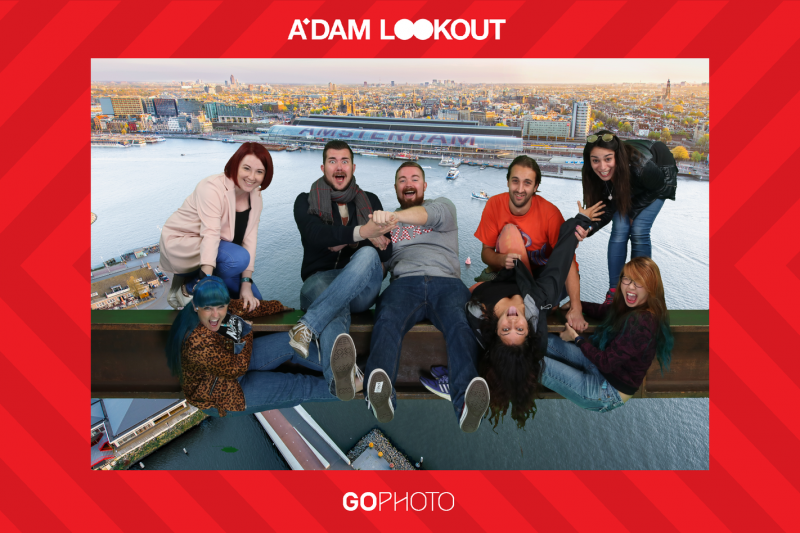 The lift up is a light show! We all stood in the centre staring up in awe and before we knew it we were on the 20th floor and had to disembark! Check out my Amsterdam video for the light show footage! 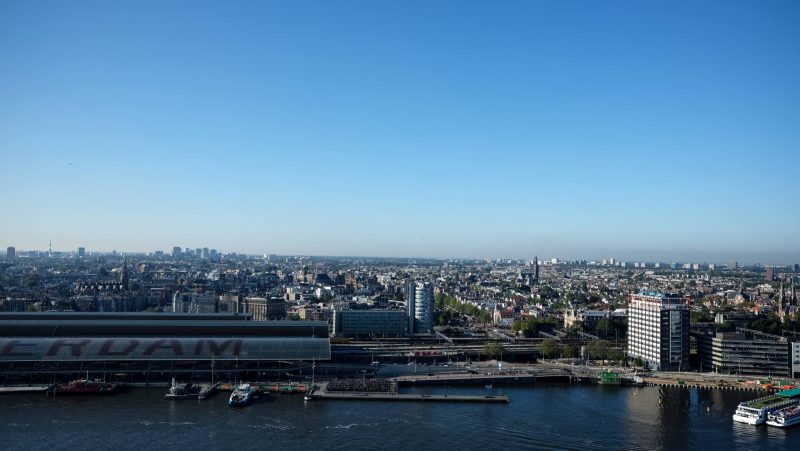 The 360 view is more than worth the money you pay to get up to the top. They have signs pointing out sites you should see and plenty of binoculars so you can really see what’s going on. One thing I had no idea about was Centraal Station having Amsterdam on the glass at the back as I had only ever left via the front entrances before.

For me, getting to swing on Europe’s Highest Swing was the highlight.

I’m pretty scared of heights, but for some reason, I felt the need to go and do this alone. I may have squealed a few times but being able to look out and down over the sights was so bloody cool! 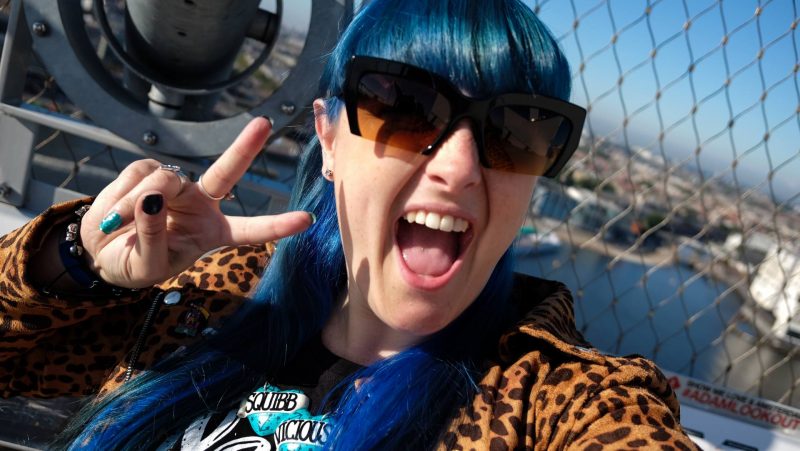 That’s how happy I was with myself for facing a fear and loving it! I was so happy with myself that I text so many people just to gloat!! 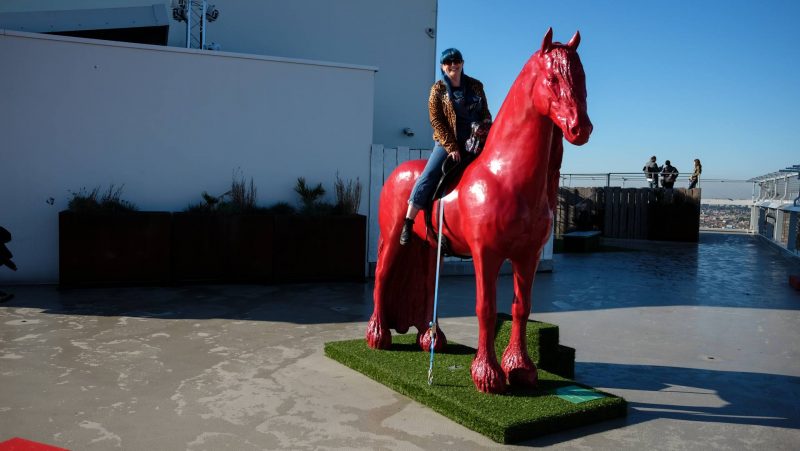 All around the top of the tower there are awesome photo opp set ups, like this super cool horse. It took me far too long to work out how to get down from this as my legs were too little to reach the steps without praying and sliding a little! There are also higher viewing platforms that are the perfect spot to snap away as you don’t get the barrier around the edge in so it totally looks like you’re up there, roaming free!

When you’re on your way back down to the lift make sure you stop off at the SkyDeck for a cheeky beer and to make the most of their interactive displays. They have these insanely cool screens that show you the view at day, night and historically which gives you a feel of how Noord is coming along quite nicely. There’s a Panoramic Bar up there too where you could even grab some lunch!

Once you’re back in the lift there’s a different light show on the way back down and as you leave, be sure to check out your photos as you can view them on the various backgrounds offered and have a good laugh! 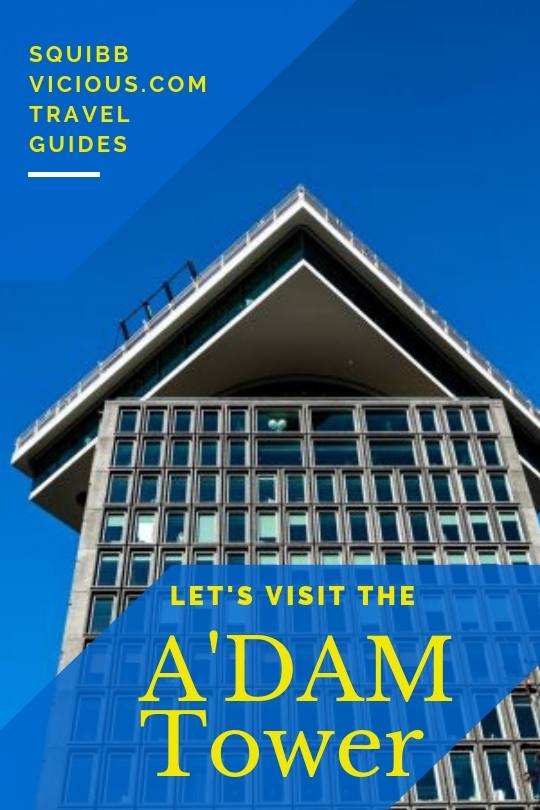 Why are the Balearic and Canary Islands…

Top Things to do in Sicily*