When it comes to pizza, we rarely have it at home as it’s such a lot of calories and it’s not very Slimming World friendly! As much as I love eating it sometimes I have to be a little more sensible with my food choices. 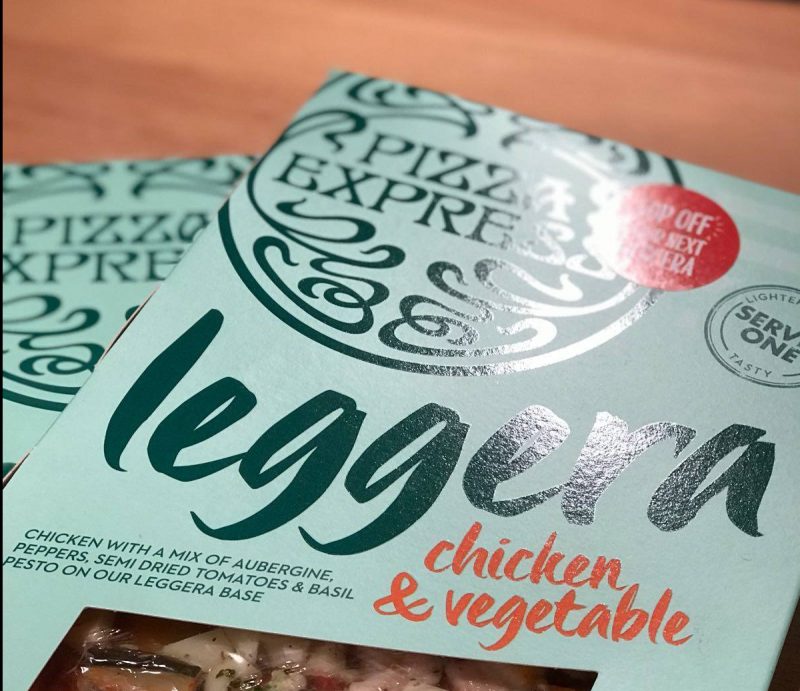 Well, that was until the team at Pizza Express launched their Leggara range into Waitrose stores! The Leggara pizza, on average has 44% less saturated fat than the Pizza Express Classic range, has less than 400 calories in each pizza and use a multi-grain base which makes it that little bit healthier! They are also packed with what I’d say are slightly healthier toppings with more vegetables!

On Saturday night we sat down with one of each flavour to share, and a little jacket potato each as they’re free on Slimming World to have what felt like a bit of cheeky meal whilst watching Apollo 13

! I’d never seen the film before and having just been to the Kennedy Space Center I felt like I had to and pizza is perfect movie food! 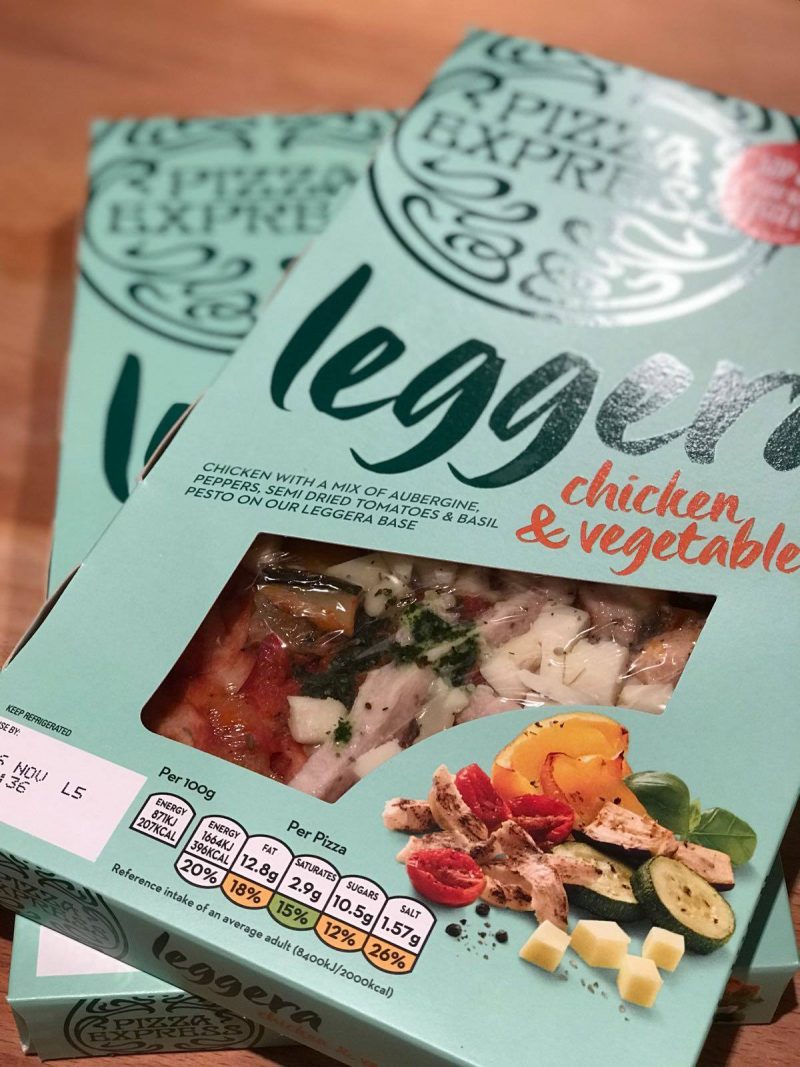 The two flavours are Chicken and Vegetable and Squash, Kale and Goats Cheese.  As per the packets instructions, I heated up the oven, drizzled with a little Olive Oil and cooked for 9 minutes to ensure they were crispy round the edges. Such a quick dinner! So here’s how they tasted… 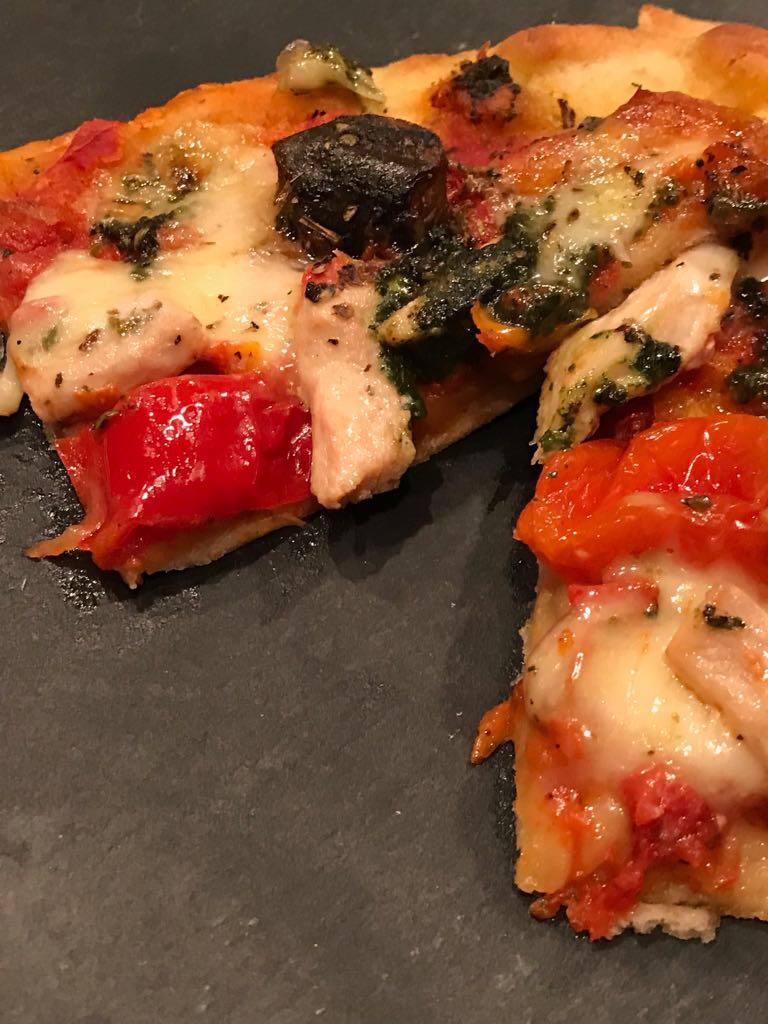 The first one that I tried was the Chicken and Vegetable which is a mix of Aubergine, Peppers, Semi Dried Tomatoes & Basil Pesto on the mutli-grain Leggar base. This was so tasty! The chicken was tender, moist and there was plenty of it on the pizza and all of the vegetables were filled with flavour and really complimented the chicken. I don’t think I’ve ever had Aubergine on a pizza before and it was really good! 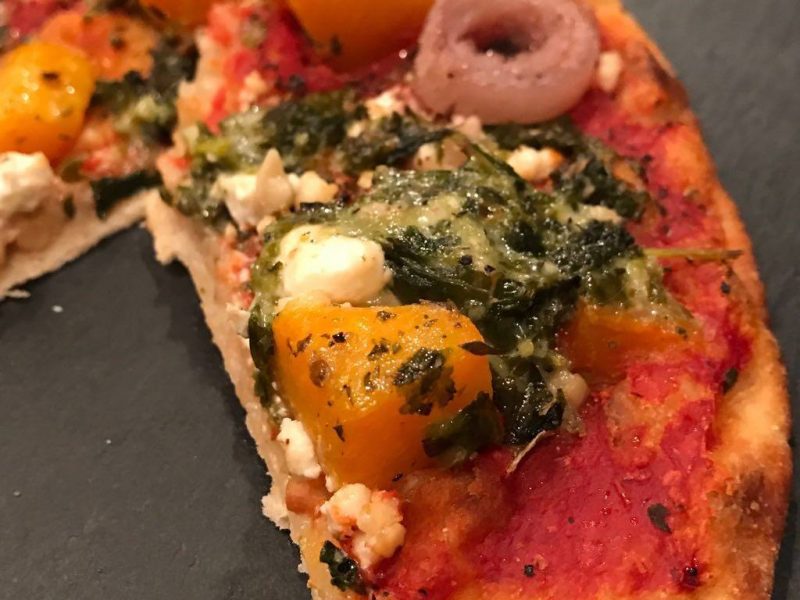 The second was the Squash, Kale & Goat’s cheese with red onion, rosemary & thyme. This one was so much tastier than I had thought it was going to be! All of the flavours worked really well together as I was worried the goat’s cheese would be overpowering compared to the other flavours but it really wasn’t! I was really shocked at how much I enjoyed this one! This is also the vegetarian option.

When you visit a Pizza Express restaurants they serve the Leggera pizzas with a salad at the centre, so they recommend you do the same at home. Obviously, I went against the grain and had a jacket potato as I was super hungry and needed that little bit more, but I was to do these again for a weeknight meal I’d certainly have it with pasta to keep the calories even lower!

So there we have it, pizza filled with flavour, healthier toppings, and doesn’t leave you feeling stoggy all for less than 400 calories! I think we’re on to a winner here!