If you’re one of my Twitter followers you will have seen that I tuned in to watch the Pride of Britain Awards with TSB last night and was reduced to a sobbing mess. My friends always joke that nothing can get past my black heart, but it seems the incredible stories from some of Britain’s most inspirational people really did chip away at that hard exterior! I’m, also, not usually one to get behind Award Ceremonies either! I don’t watch the Oscars, the Brits, the BAFTAs and I don’t keep up with red carpet trends, but the Pride of Britain awards is something I am 100% behind. Even Mike agreed and that’s a first! 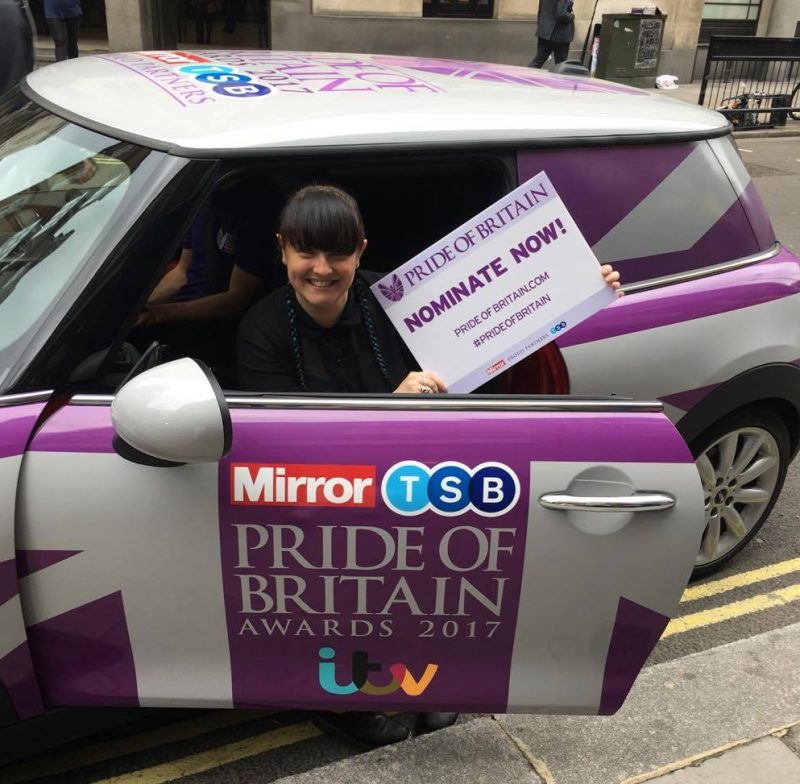 There were so many stories that really got hold of me and made me reach for my tissue box but the ones that really got to me were those based in London. I think this ties in really well with #TSBLocalPride as when something is close to home it feels like you identify with it a little more. London has had it pretty tough over the past few months with various terrorist attacks and the Grenfell Tower fire, but we have certainly shown that London is a solid force and one not to be messed with! Our London Fire Brigade that battled the Grenfell fire for more than sixty hours and the Police Officers that were the first on the scene to London Bridge, Westminster Bridge, Borough Market and the Houses of Parliament deserve to be known as Heroes and shouted about across the country. It was great to see how local communities came together, too. I’ve been to pay my respects at the Grenfell Tower and it’s harrowing.

TSB Community Partner winner, Fraser Johnston, really warmed my heart after being in tears for the best part of an hour! Fraser is a 20-year-old student who set up a genius scheme in his spare time just last year. He and other volunteers take pensioners, all aged over 85, out on trishaws, which have two passenger seats on the front, on more than 1,000 rides! Speaking of his win to TSB, Fraser said: “It’s a massive honour to be given the TSB Community Partner Award. Hopefully, other people will see what the team and I are doing and be inspired to get involved in their own communities. Taking the older generation out on our trishaws doesn’t just give them fresh air and a chance to chat – it also makes them feel less isolated and a part of society again.” It’s great to see the youths of today taking such an interest in pensioners and making their lives better!

I have to fully agree with TSB’s quote of ‘people helping people is a good thing for all of us’ as the Pride of Britain Awards has really shown what inspirational things people do in their daily lives when they think they’re just doing their job, or helping a few people. With everyone teaming up we can make such a difference and it really opened up my eyes last night!

Kicking off the New Year with Healthy…