Getting Dirty with Bubble Waffles and Beer Cocktails at Belgo, London * 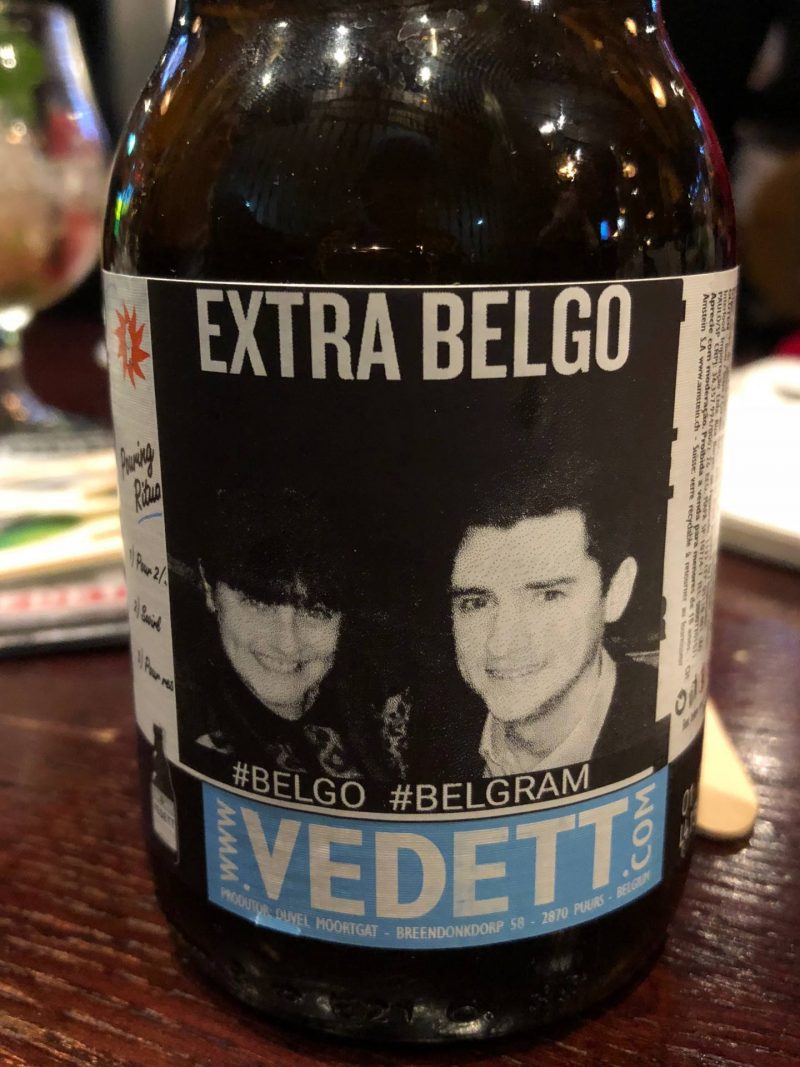 I mean any event I can go to that will print my face onto a beer bottle is a winner right!?

But onto the main showstoppers of the night, the selections of foods we got to try! 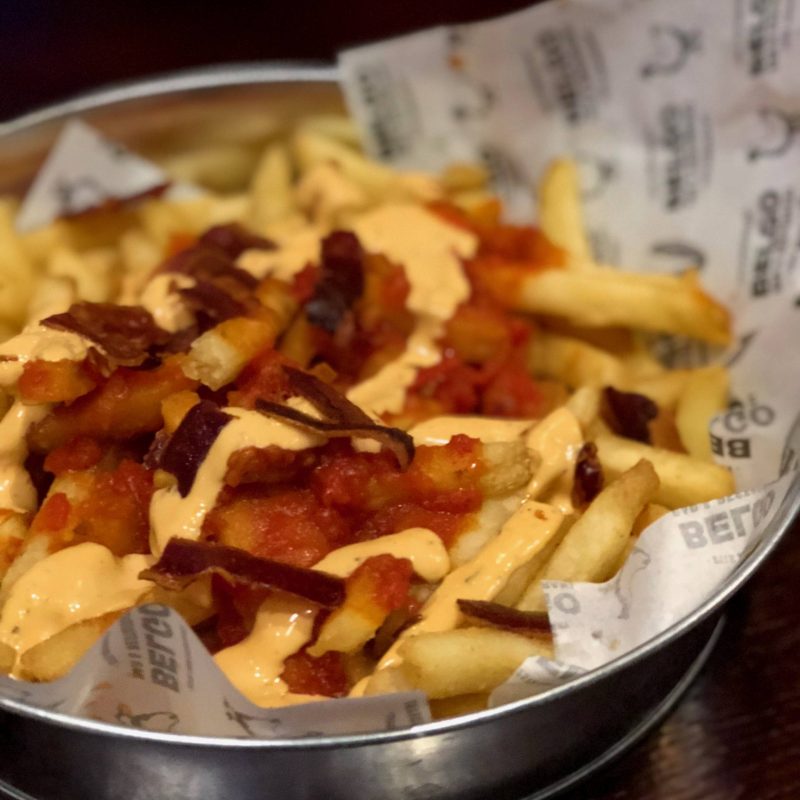 My personal favourite was the rathernaughty, ‘Dirty Grazer’ which is an insane combination of crispy calamari, croquettes, black pudding bonbons that were so tasty and a new signature menu addition in the form of mussel popcorn that’s all in a large sharing pan, but no, that’s not it! All of that is sat on a huge bed of ‘Dirty Fries’ (pictured above) which are the super tasyty Belgo frites with Belgian tomato sauce, ‘baconnaise’, pancetta and a Monterey Jack cheese sauce, it’s legit the food of dreams. It’s safe to say that my Slimming World eating was put on hold when these appeared on the table! 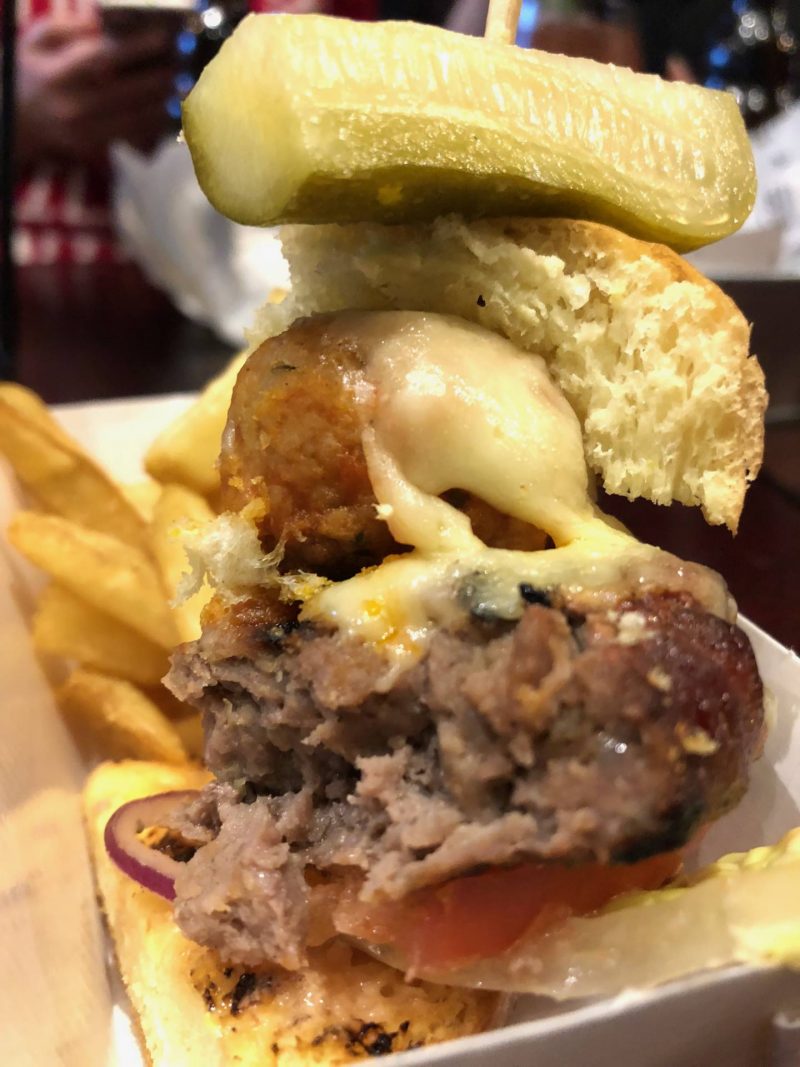 My second favourite won’t come as any surprise as it’s the new Bad Boy burger! It’s a classic beef patty with a super tasty meatball, Belgian sauce and Emmental cheese. So it’s a little different from my usual cheese and bacon favourite and I think that’s why I enjoyed it so much too! The meat patty was really good quality meat too! 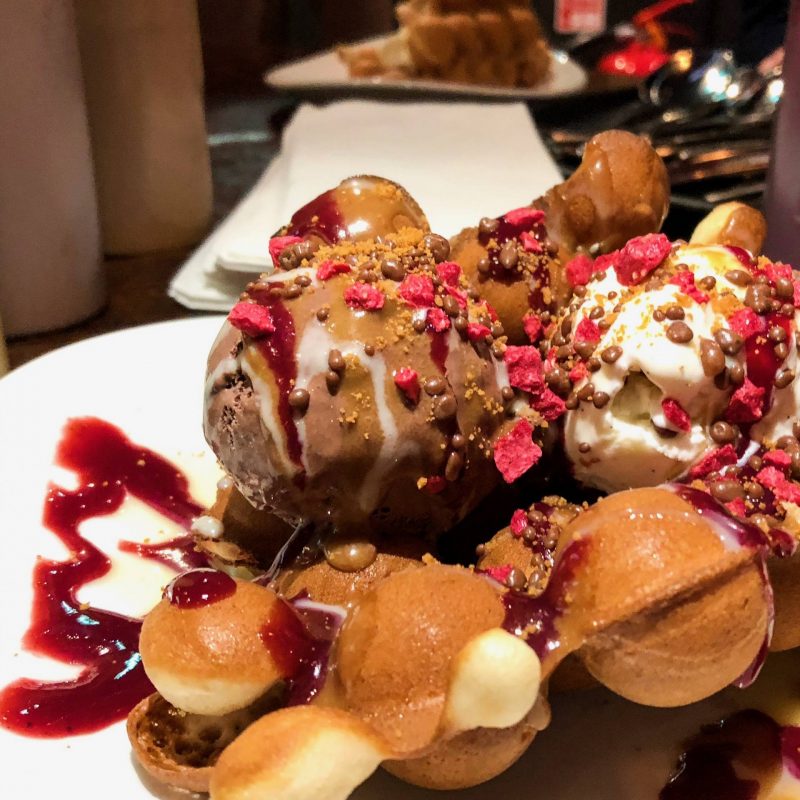 So if you’re one of those that likes to Instagram your food then you need to get the Bubble Waffle for dessert! There are over 500 different topping possibilities, including 8 different ice cream and sorbets, a selection of sauces and topped with your favourite sprinkles. I’m pretty sure we have about three sauces, two types of ice cream and about four different sprinkle toppings on ours, you know, for the ‘gram! It also tasted bloody good too! 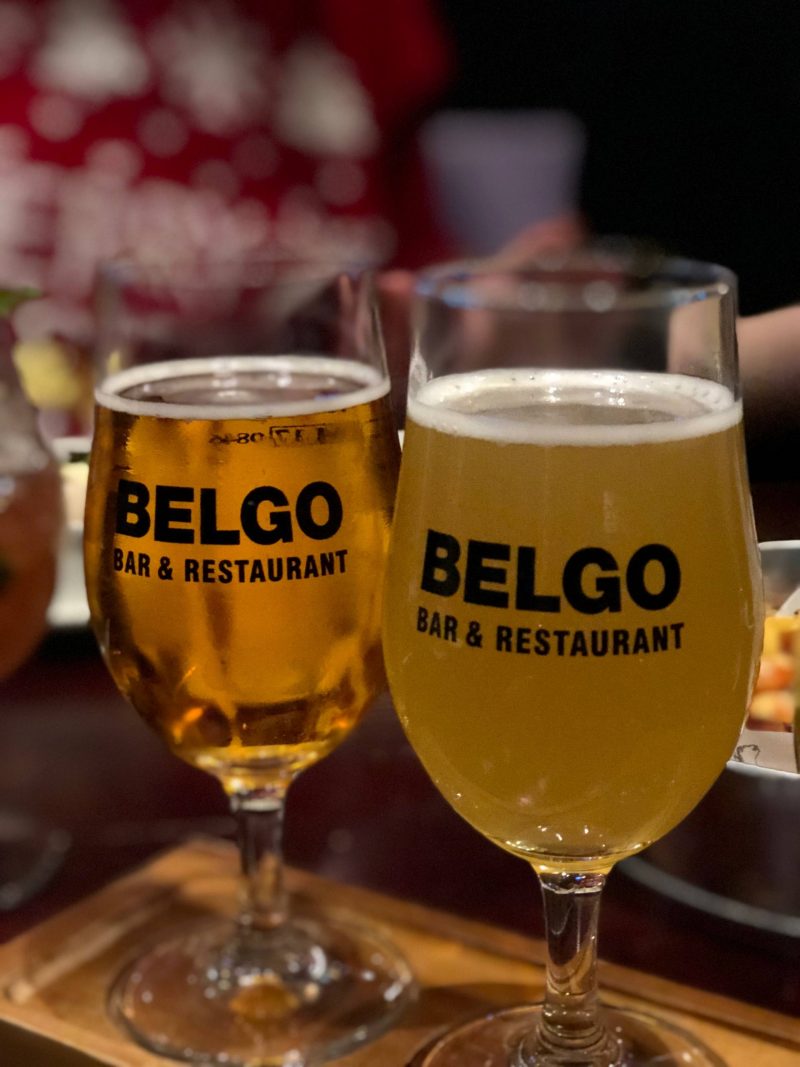 Belgo serves over 70 varieties of beer which is bloody crazy! Most of them are inspired by Belgium’s unique Trappist brewing heritage, which makes sense with them being a Belguim bar right?! We tried a flight of three Belguim beers and they were all really good and not something I’d usually order as I’ve not been well enough educated on them, but now I know! 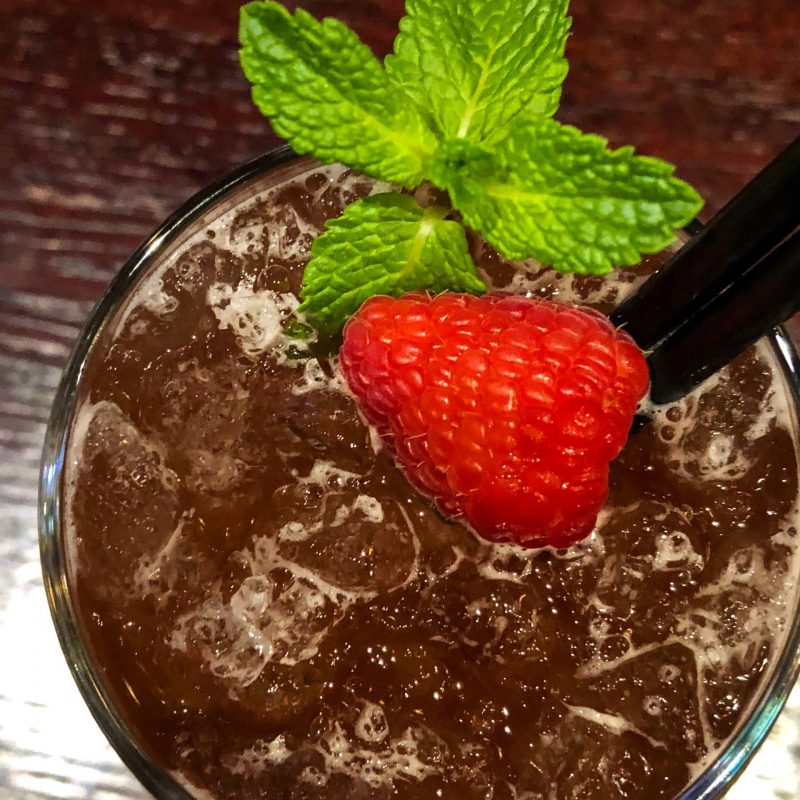 But if you’re not really into beer all that much, they have crafted an all new and exclusive-to-Belgo ‘Hoptails’ menu!  These combine some of Belgo’s favourite beers with classic cocktails such as the Mojito pictured above which was shockingly good and didn’t taste of beer at all. So if you’re game for trying something new then pop in to your local Belgo and try a ‘Slagarita’ or a ‘Pina Co-Lager!’

We had a great evening with friends; catching up, trying new foods and drinks so it was quite a winner for a Monday night! We’ve both said we’d return for those Dirty Fries and Bad Boy burger with friends to top up on Hoptails! Any excuse right?!