Cosy Night’s In with Butterkist Popcorn *

Over the past few weeks we have been here, there and everywhere, so when Butterkist offered us the chance to book some time into our diaries to have the perfect night it, we were so relieved! I’m a firm believer in cramming in as much as we possibly can into each week so we don’t regret missing out on anything but we do need to slow down once in a while! Rumour has it that Butterkist are the champions of the Big Night In so last weekend we put them to the test! 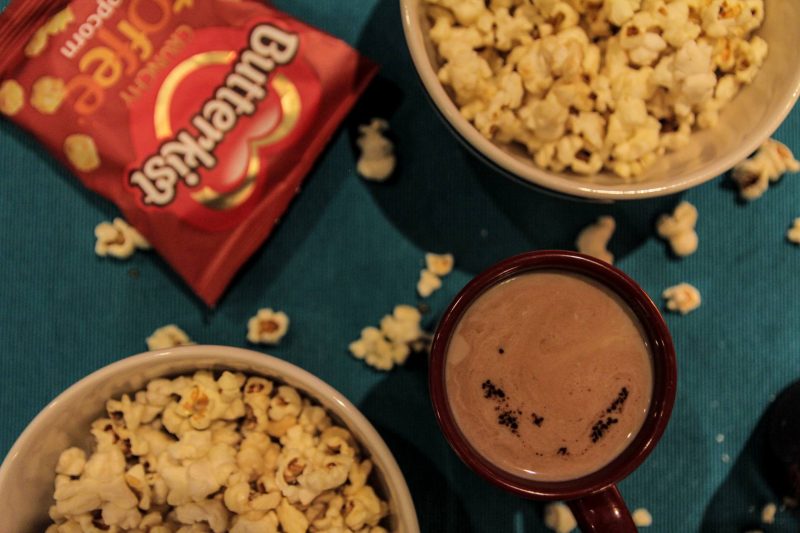 With the snow falling thick and fast outside, we couldn’t have picked a better evening to cosy up on! I boiled the kettle to make us some spiced pumpkin lattes complete with shots of Baileys to really warm us, I popped our Butterkist Sweet and Salty popcorn into a couple of bowls as I’m not big on sharing foods a lot like Joey from Friends and we began discussing what kinda of film we wanted to watch. 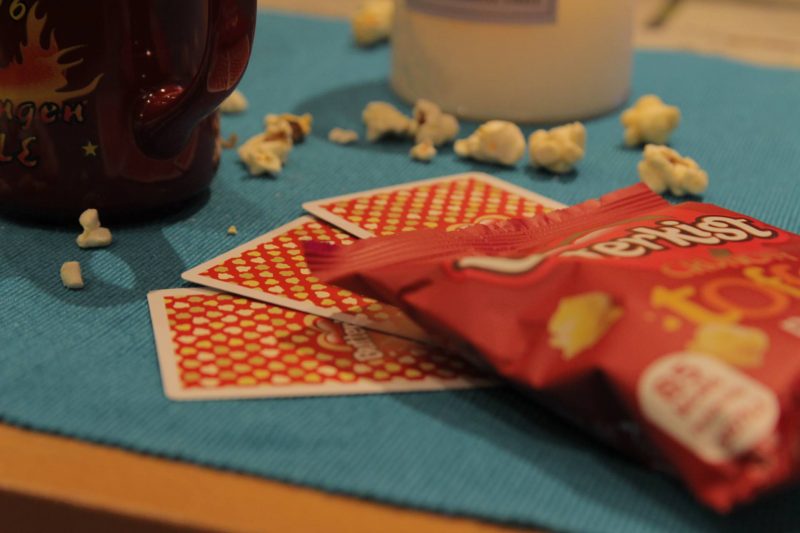 After a little too much Bailey’s slipped in our drinks, accidentally on purpose, and a really long discussion on film choice, I finally agreed to watch ‘The Polar Express’ as it was top of Mike’s list and with all the snow in the film, it was bound to make us feel that little bit more cosy inside. I’m normally quite against watching Christmas films so early on in the month but with the weather outside it just felt so right! That’s a big statement coming from this Grinch! 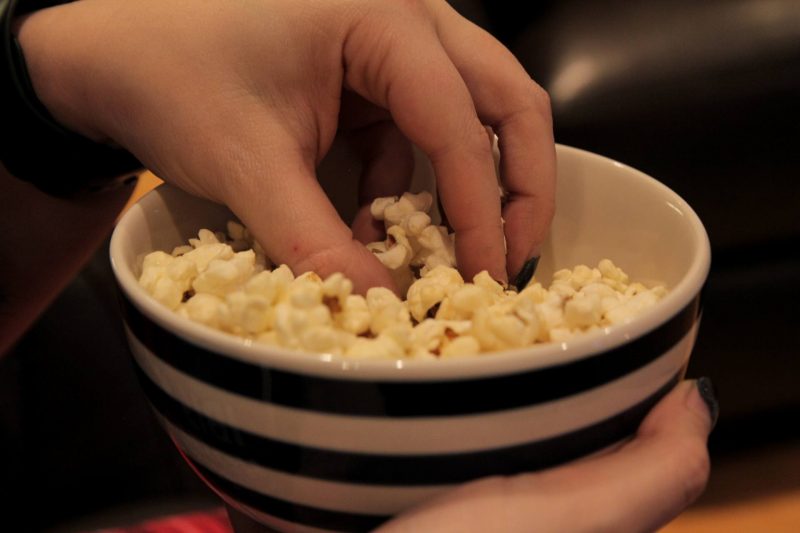 I have to admit, my bowl of popcorn really didn’t last all that long as I scoffed it down a little too quickly as it was so good! Popcorn isn’t usually something I put on the weekly shop so it’s a bit of a treat for us and I love that it’s quite a low calorie treat too! Makes me feel less guilty for wanting to eat a family share bag to myself as I just can’t stop! I’ve even taken some of the smaller bags to work so I can snack a little healthier than grabbing a normal bag of crisps. 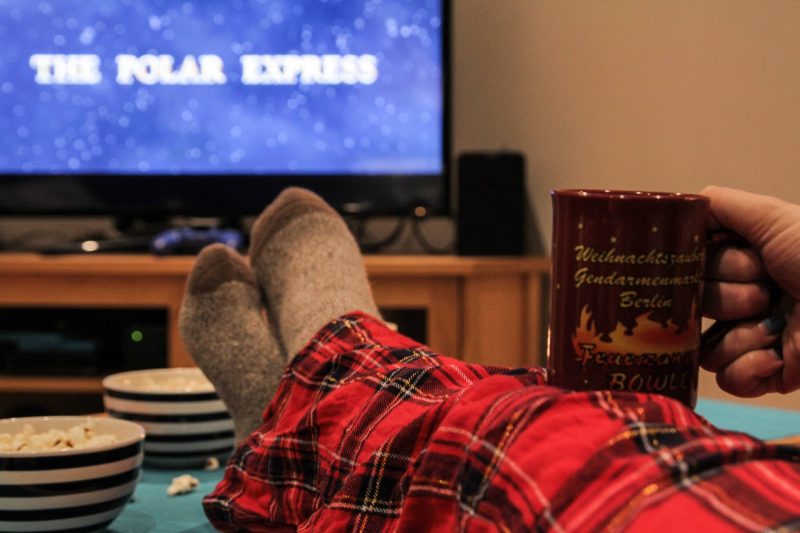 We didn’t really realise just how much we’d appreciate just sitting down and stopping for a while. Constantly being on the go is something we have got used to so we book things in left, right and centre. Recently, we managed to get to two places in one night so we were really spreading ourselves thin and weren’t taking how we’d feel in the long into account. We’ve also been doing a lot of seeing friends, Christmas parties, and events separately so it was good to get in some quality time on the sofa together!  The only downer on the night was the film choice wasn’t that great but I’m totally blaming Mike for that one!

One response to “Cosy Night’s In with Butterkist Popcorn *”