I say it every year, but where an earth is time going?! I am sure it should still by July time as I feel I’ve got so much more I want to cram into this year! I have travelled a hell of a lot, more than I have any other year. I visited friends that I’ve made through the blogging world. I spent yet another amazing year with Mike. As a couple, we’ve achieved a lot and grown together which helps when your partner is your biggest fan and fully supports every crazy idea you have!

I love reading what other people have got up to throughout the year so here’s my year in review! 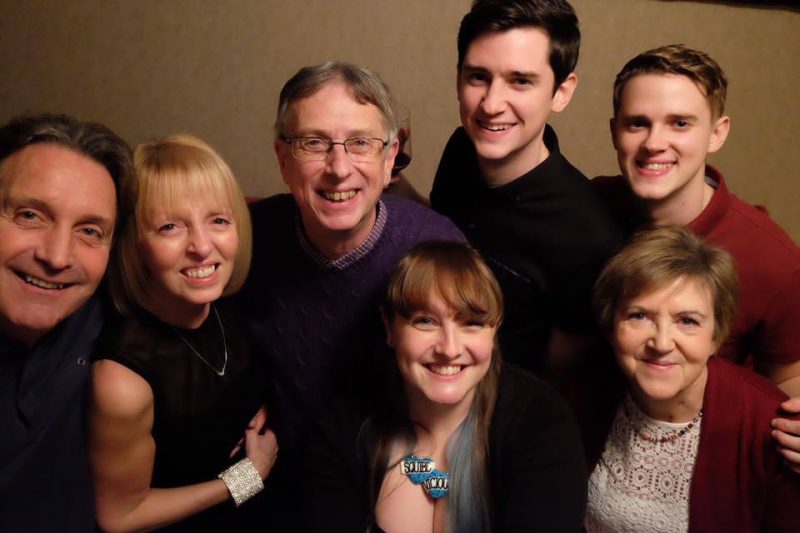 We kicked off our 2017 with Mike turning 30 on January the first, so we had a Thai buffet cooked at my parents that was bloody insane! We did a fair few restaurant reviews in Essex and spent 10 days at Bishop’s Castle Barn, one of our favourite places to while away the hours. 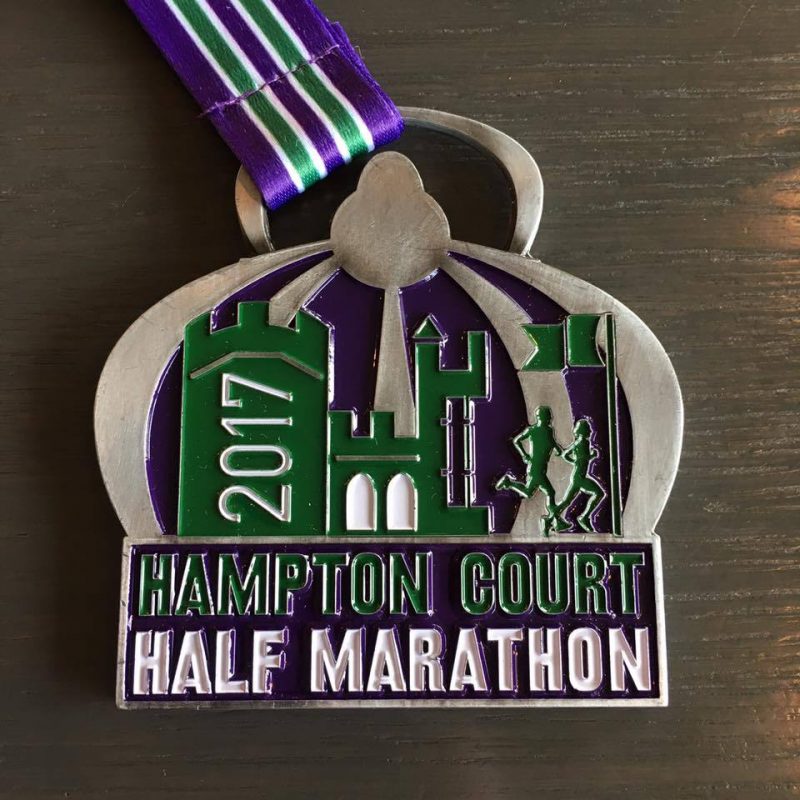 As my London Marathon training was in full swing, I chose to run the Hampton Court Half Marathon to ensure I was on track to the full 26.2 miles. We did a lot more eating, maybe not the best idea with all those miles coming up! I also sat and reflected on how I felt as a person; was I where I wanted to be life or was a going to be deemed a failure? 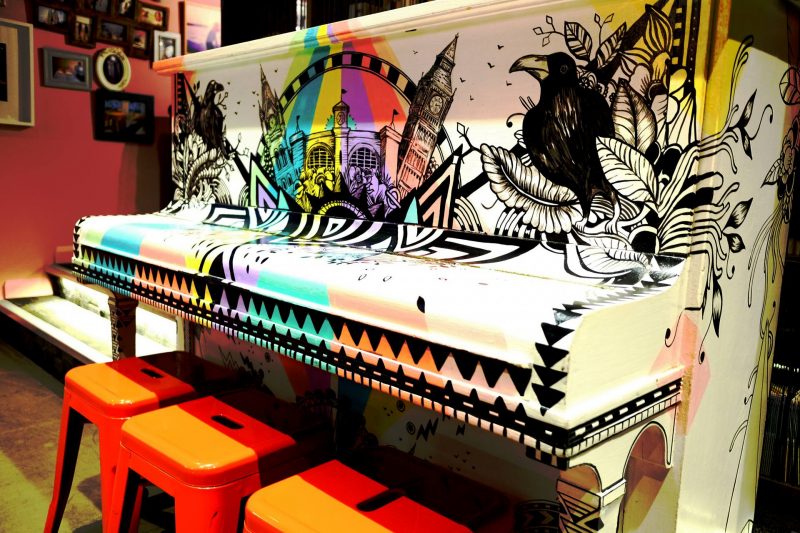 March was a fun one that kicked off with a blogger sleepover at Generator Hostels with some total babes! There was a ton more eating out too! THe highlight of March for me was Kariss started a Whatsapp group of total boss ladies and it’s changed my year so much, and has given a whole new meaning to Girl Squad! 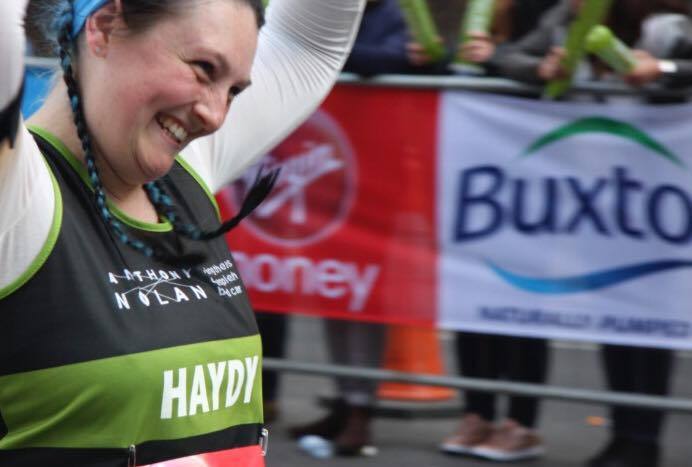 April was a pretty fun-filled month with a stunning wedding in Glasgow, another stunning wedding a little closer to home, trips to see dinosaurs, ate some amazing Sunday Roasts, had a couple of cute picnics and ate plenty of burgers! But, of course, the main highlight was completing my London Marathon in 5:58:57, under the 6 hour mark I had set myself and a 17 minute improvement from my last one! We also signed up to DogBuddy and had our first cutie come and stay with us! 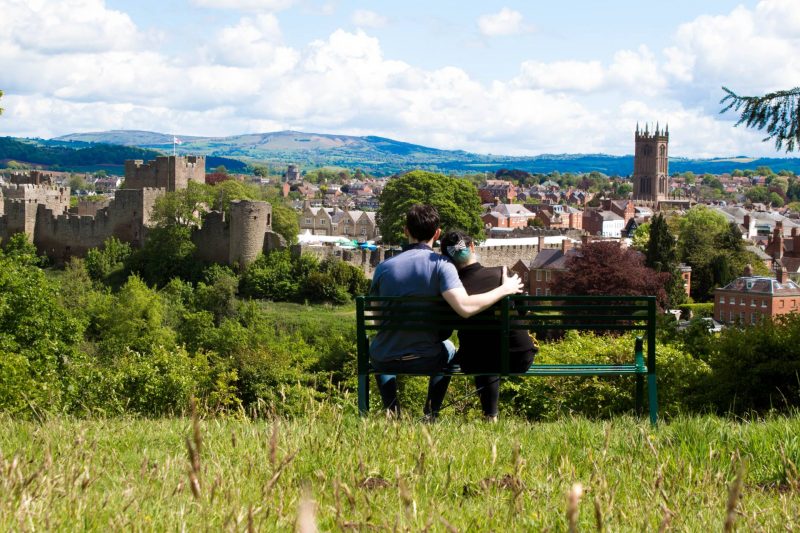 May brought a flurry of events; the opening of Firezza’s first sit down restaurant, Trek America’s fun 360 tour, a stay at Fishmore Spa in Ludlow, and spinning with Fitness First. To get over being here, there and everywhere we had a cheeky night in and made some lush cocktails. I also spent a few days in Copenhagen to celebrate hitting targets with Cheapflights. 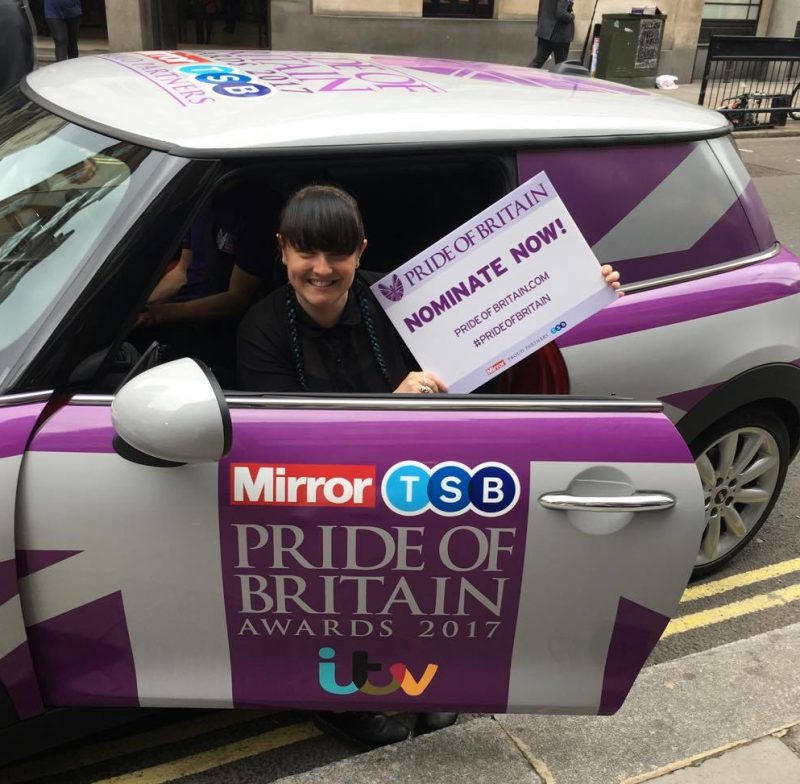 Again, June was filled with more events; Gentleman’s Afternoon Tea at The Royal Hotel, trying out the new menu at The Gladstone with friends, wine pairing with one of my favourite brands, Campo Viejo and I helped to drum up support for the Pride of Britain Awards. But the biggest highlight was a super fun one for us as we finally purchased our Mavic Pro Drone! 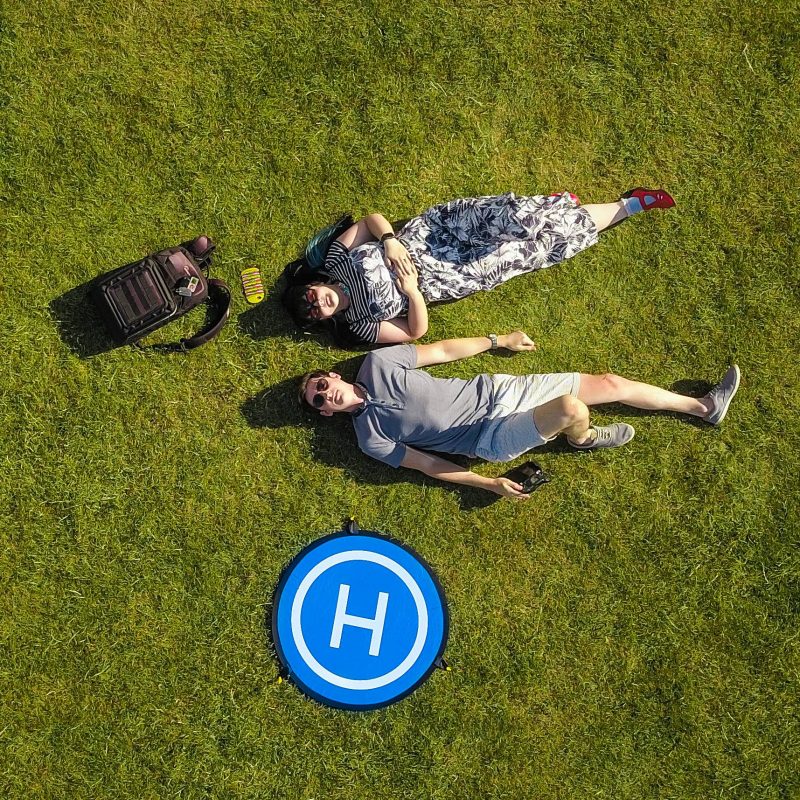 July was filled with travel, change and friends! Early in the month I gave a talk on SEO, ate at The Station Pantry, Suttons Arms and Stagolee’s, I left my job at Cheapflights and decided to take 3 weeks off to have some fun for myself! I went to Benicassim Music festival with Rach, visited Hayley in Birmingham, spent the day in Margate with Kariss and Maryam, popped up to York to see Laura, Lizi and Rach and finished the month in Malta for Tomorrow Land Unite. 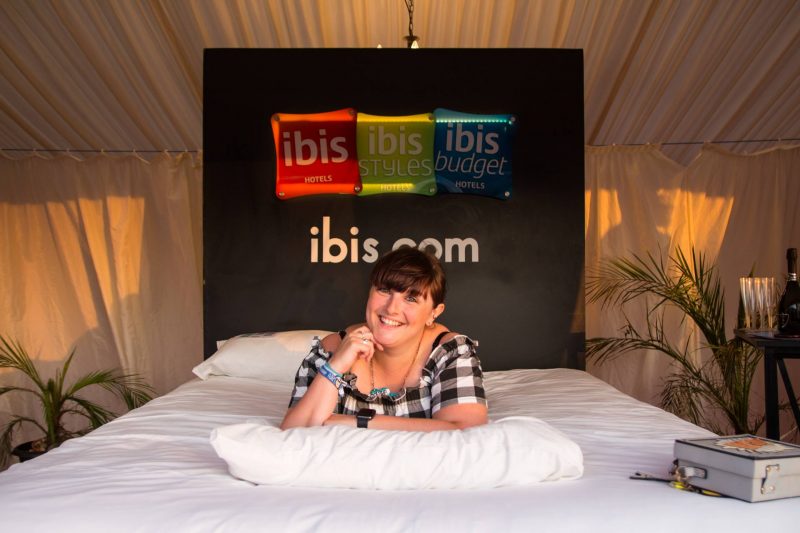 I started my new job at Culture Trip at the start of the month, brunched a couple of times with Obica and Chotto Matte, there were more burgers, the loveliest of picnics, and we binged with Three and Netflix! We also had such a fun weekend in Brighton with ibis where we ended up out partying til 3am with Milly! 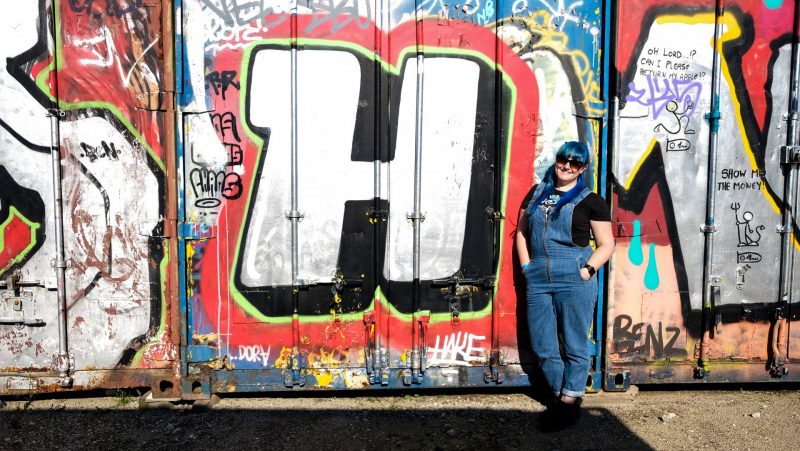 Yet another fun filled month! I died my hair completely blue, played games with an old iPhones, made Galaxy doughnuts, met the lovely Andi Walker, and there was some brunching with Peyotito. But my main highlight was taking a trip to Amsterdam with Penny courtesy of the lovely Clink Hostels; we explored Noord and Centraal Dam. 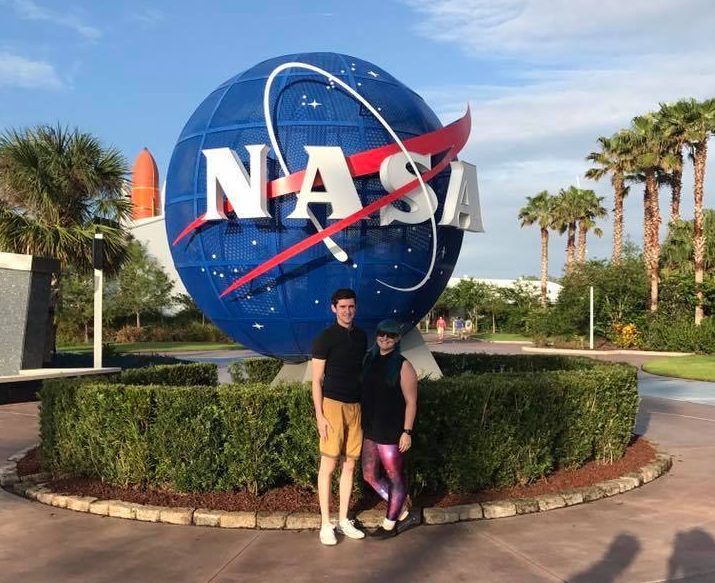 October was my most favouite month by far! The Pups were treated by Barc London, we did bottomless brunch at Sanctum Soho, we went to a ton of great events, brunched with Tia Maria, ate amazing pizza, hosted a dinner party. We also spent the most amazing two weeks doing Trek America that ended with an awesome trip to the Kennedy Space Centre. We also made amazing friends and I experienced my first round of group travel but more on that in the New Year! 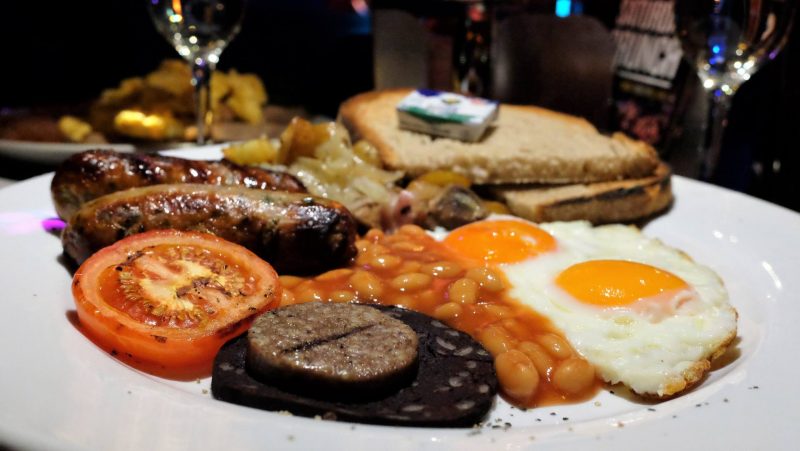 November brought a month eating; brunch at The Piano Works, trying Cuban foods, testing out the new Christmas menu at Turtle Bay, vegan burgers at Mooshies, ate a donut bouquet, but despite that I manage to hit my half a stone loss target on Slimming World. We also worked with The Retreat Essex on this awesome video. 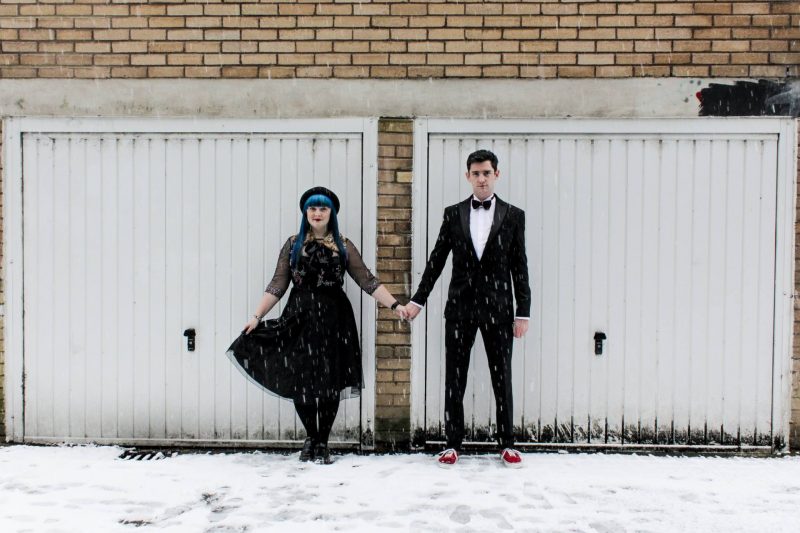 December has been bloody mental! I can’t remember the last time I sat down and chilled out fully! We started the month by Go Karting with TeamSport, caught up with friends at the ibis lates and the Rekorderlig Cider Lodge, went ice skating at Intu Lakeside followed by a meal at Ask, saw the Magic Lanterns at Chiswick House, I lunched with Mumma Bear at Banana Tree, and we pencilled in a few nights off to have a cosy night in and drink some bloody good wines. We also did my most favourite photoshoot ever in collaboration with Suit Direct; the snow really set it off and I’m so happy we had a remote for the camera!

Seven of the Best Things to do…