As the cold nights draw in there’s nothing better than grabbing a buddy or two and heading out for some hot cider. I grabbed my oldest friend, Josie, and we headed down to the Rekorderlig Cider Lodge along the Southbank. Just a short walk across the Golden Jubilee Bridge from Embankment station it’s in such a great central location! We had such a great night that I’ve pulled together my top three reasons to cancel whatever else you had planned for tonight and head on over there. Trust me on this one, you won’t regret it! 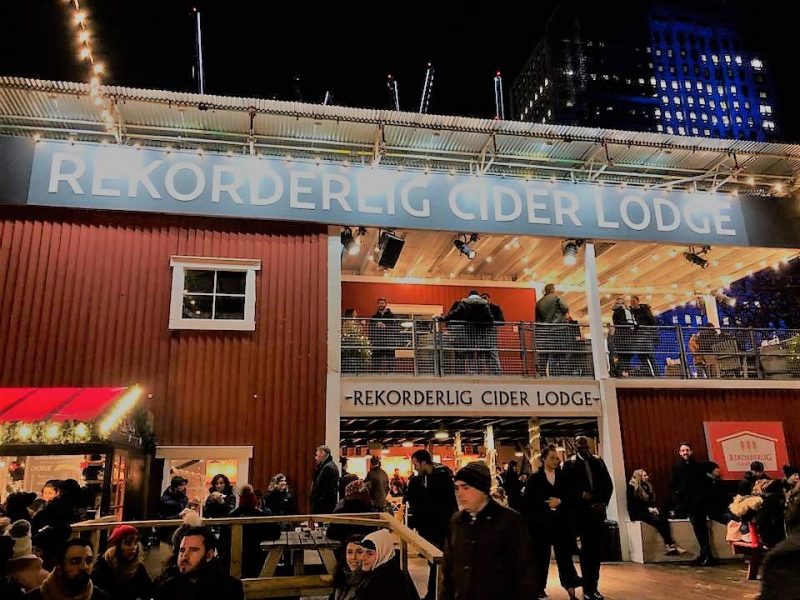 This building was far bigger than I had imagined it to be and despite its size, it still felt like a super cute winter cabin inside! There were plenty of seats in the form of sofas, tables, benches faux grass and barrels to perch around we found a spot super easily. I was mega shocked at how busy it was for a Tuesday night, but as Josie pointed out, in the run up to Christmas no one cares if it’s a school night or not and that’s exactly why we were out! There were heater lamps so be sure to find a spot under one of those as the nights get colder and colder! 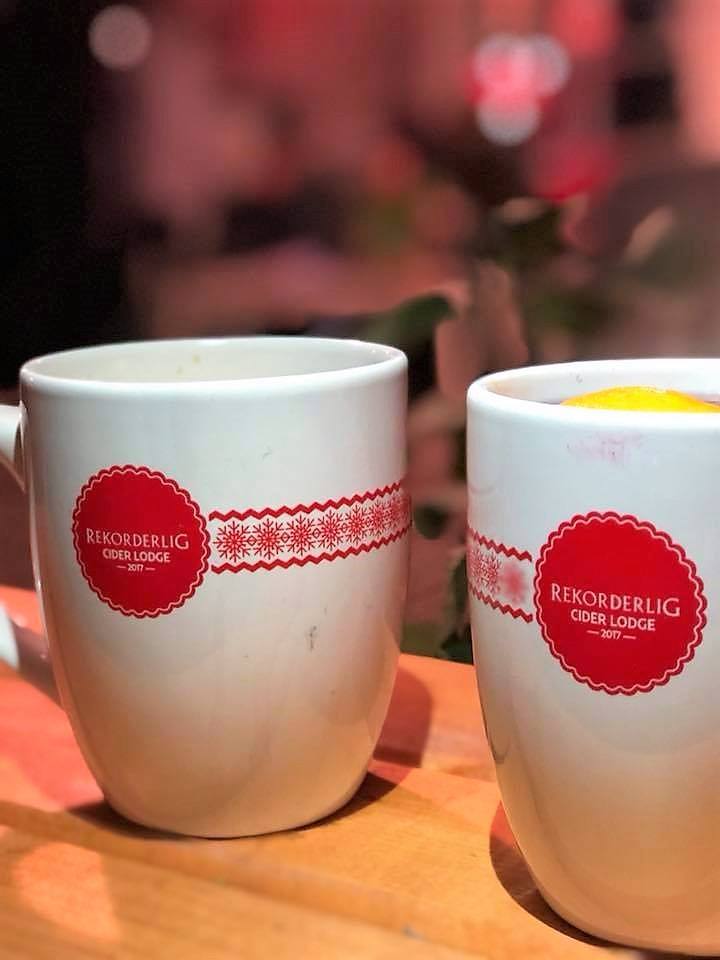 You all know that I’m a huge Rekordelig Cider fan, there’s no hiding that for sure, so when I found out that they were selling hot mulled Rekorderlig Cider I was right down the front of the queue! It was everything I needed at the precise moment, and more! I had cold hands from the walk over, it had been a long day writing strategies at work and I was in need of something warming and slightly alcoholic so it ticked all of my boxes!

The flavour was so good, the little chunks of orange soaked up some of the drink so they were great to eat after I’d come to the end of my drink and it gave me that warm, fuzzy feeling of winter inside. The one I so needed that night! 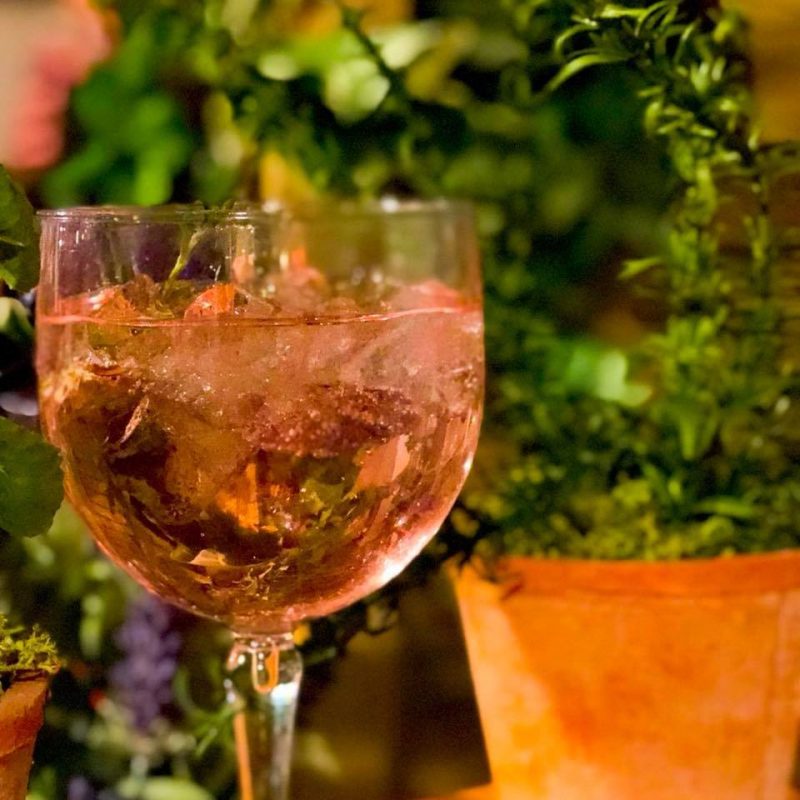 After warming our cockles through we moved on to trying the new Botanicals Range from Rekorderlig Cider. They aren’t out in the shops yet, so I just had to be in amongst the first to try them!

I went in for the Grapefruit and Rosemary and got Josie the Peach and Basil, and we were far from disappointed. I mean, trust us to be drinking summer-like, refreshing cocktails mid-December and be enjoying it! The flavours were wholesome fruity goodness and I just wished I was sitting on a sunbed in a far-flung sunny destination enjoying it! That would have been the icing on the cake.

The Wintery Feelings All Around! 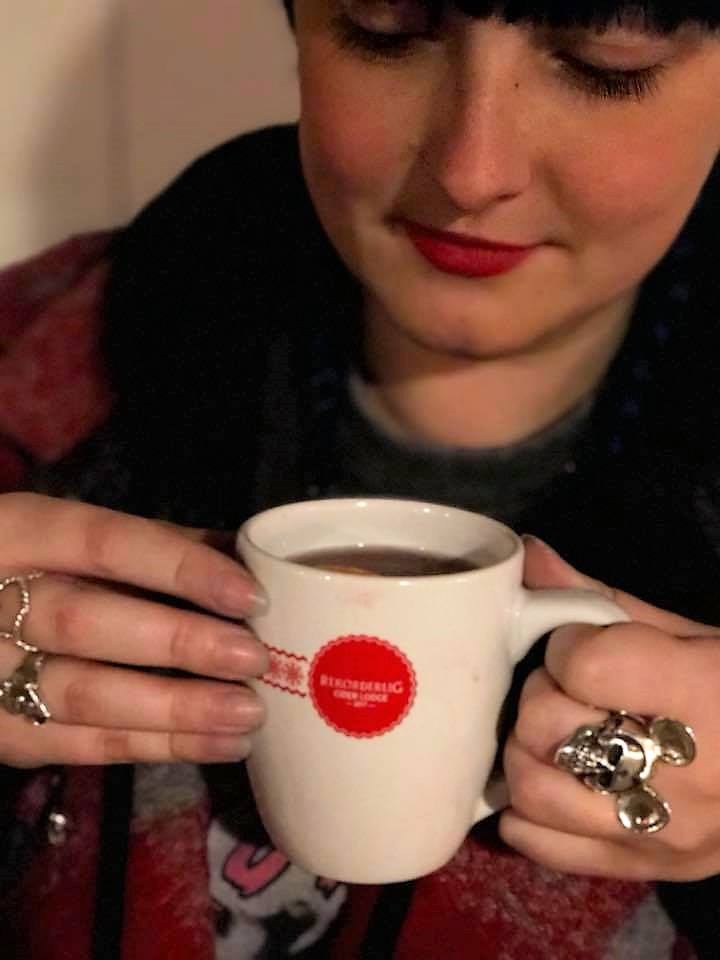 My last reason is just how wintery and fulfilled I felt when I was there, and I’m sure I wasn’t the only feeling the same! As I looked around the room there were groups of friends all huddled around tables and sofas with their hot mulled cider, covered in blankets laughing the night away. It got me thinking that that is exactly how December should be spent; with friends and family, creating memories that will carry on through to the New Year.

Once we had drunk up, we took a stroll around the stalls just outside of the Rekorderlig Cider Lodge and I purchased the softest scarf I’ve ever witnessed! Josie and I laughed, caught up and made a promise to come back next year as sitting round an open fire whilst eating Steak and Chips is something we could get used to doing.