So I had this rule, one rule, that I went and broke in true style. That one rule was a rule I had set myself and it was to not have any Indian food until I was happy with my weight. This may seem like an odd rule, but when I have Indian food I have NO self-control. I order everything and always do my best to finish it. It’s not really ideal when I’ve been trying so hard to lose some weight but when I heard City Spice had won like every curry award under the sun I kind of had to break that rule!

We ventured over to Brick Lane one Saturday night to try out the cuisine and to see if they really were worthy of all of those awards they had out on display! Being on Brick Lane with the tens of Indian restaurants you really have to be good to stand out, you need to be top of your game and make sure people know it and don’t end up in one of your competitors!

There was a warm welcome awaiting us as we arrived at the aptly nicknamed ‘King of Brick Lane’ and we sat upstairs watching the rain fall outside and the revellers decided where to shelter and grab some food. There are two floors within City Spice but I personally prefer to be where all the action of the kitchen and bar area is. 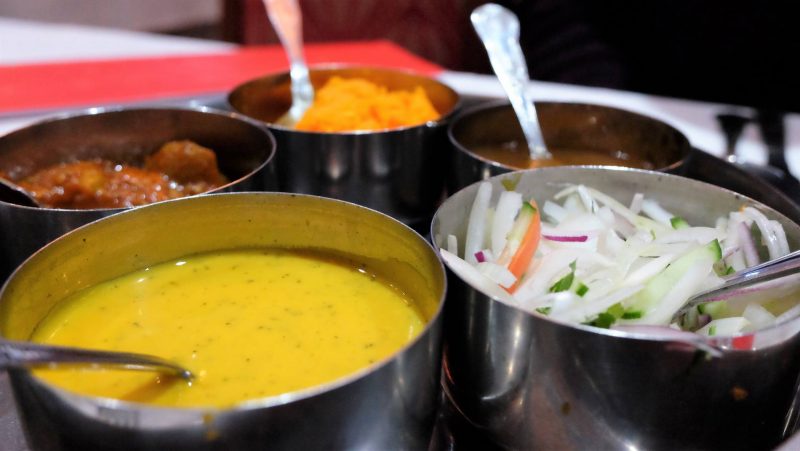 With a bottle of Oyster Bay ordered whilst chowing down on some popadoms and some of the nicest condiments it was time to make a decision on our main courses. I’ve learnt that from the way I overeat drastically at Indian’s that I tend to skip a starter so I’m not being too much of a rule-breaking rebel!

It took us so long to make a choice from the City Spice Award Winning Dishes section of the menu as all of it sounded so good, but we knew we wanted to try something they were known for! 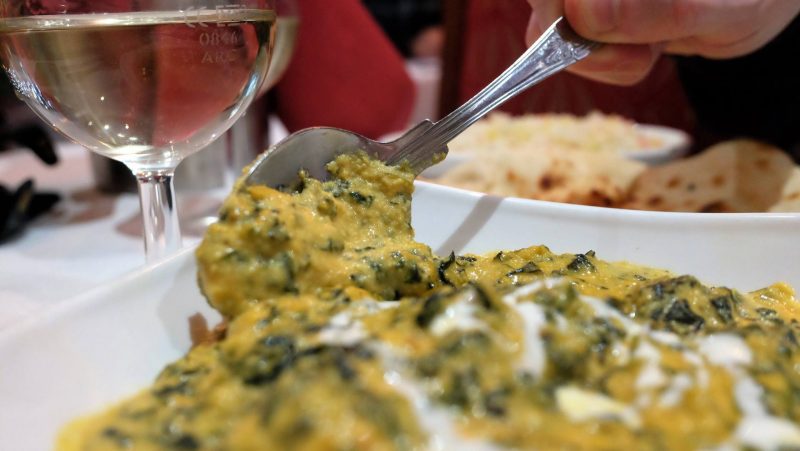 Finally, we agreed on two mains, a portion of Pilau Rice to share, a Peshwari Naan and some Saag Paneer as that’s my ultimate weakness and this did not disappoint at all! 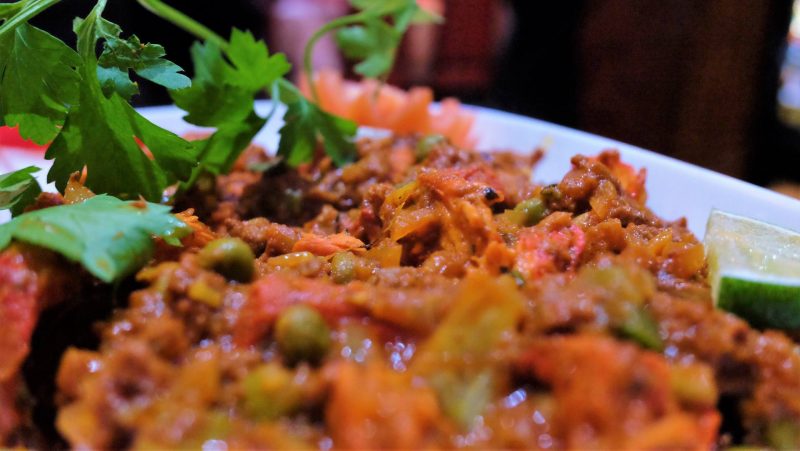 I went in for the Murgh Masala complete with a mince sauce and it was incredible. There was so much flavour, yet the sauce wasn’t stoggy at all which I find some can be. The portion was a little too large for me but I devoured all of the chicken as it was so flavoursome and I mopped up as much of the sauce as I could with my leftover rice and naan bread!

Mike went for a Thatul Tanga Bhujon with chicken cooked with homemade sweet and sour spicy sauce which he said was such a unique flavour, garnished with onion and coriander. When you took a mouthful the flavours all took turns to fill your mouth! He thoroughly enjoyed it! 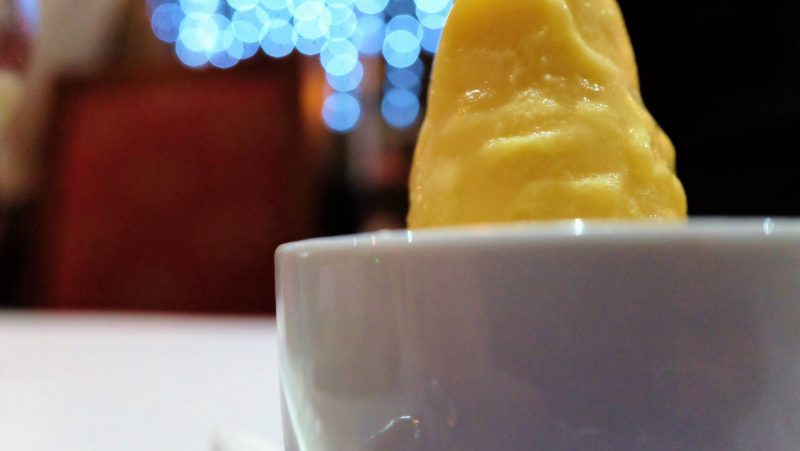 We shared a little serving of Mango Kalfi as it’s something I really love!

I can’t praise the food here high enough. I didn’t feel like I’d just eaten a full-blown Indian meal made with rich flavours as I wasn’t suffering from the usual ‘Indian Hangover’ I get after most meals! I’m often left feeling full of sugars and a bit let down but this didn’t happen at all. I felt great after eating, in fact, I was a little gutted I didn’t try something from the starter menu now!

We have both agreed we’ve found our new favourite curry house in London and we’re planning on taking our dads back as they love a good curry! They’ll also appreciate the fab wine menu and fantastic service!

What Happens When a Private Chef Takes…

Where to Eat and Drink in Liverpool