Bridging that Gap with with Arla’s Fibre Yogurt *

So, did you know your recommended daily allowance of fibre is 30g? Yes, 30 whole grams of fibre each day. But, the average adult in the UK only consumes around 18g a day. Something needs doing right?! Before I start delving into how you can easily up your fibre intake, I’m going to tell you a little bit more about what fibre is exactly…

Fibre is the parts of plant foods, such as vegetables, fruits, grains, and beans that your body can’t digest. It is type of a carbohydrate that helps keep our digestive systems healthy. Insoluble fibre is found in wholegrain breads and cereals, nuts, seeds, wheat bran and the skin of fruit and vegetables which help to keep your body ticking over nicely.

I eat a lot of vegetables, but I’m not a big fruit eater, nor do I eat a lot of nuts and seeds or cereals, so where do I get my fibre from. I eat a lot of wholemeal bread, wholemeal pasta and if we are having rice we have that wholemeal too. And now I have Arla fibre yogurt for breakfast too. 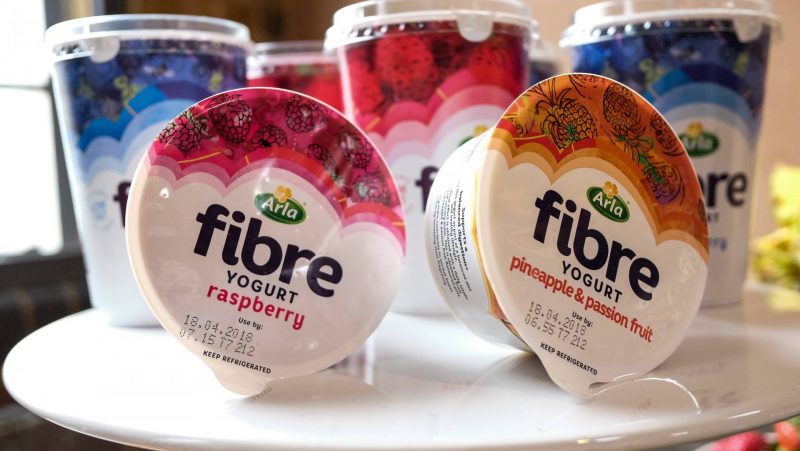 But before spending an afternoon with the Arla team I wasn’t aware that eating an Arla yogurt every morning as opposed to a normal yogurt for breakfast could really up my fibre intake to a whole 4.7g per 150g serving. I’ve also learned that swapping grapes for strawberries is 2.5g of extra fibre per bowl making my breakfast 7.3g of fibre without really changing up much. 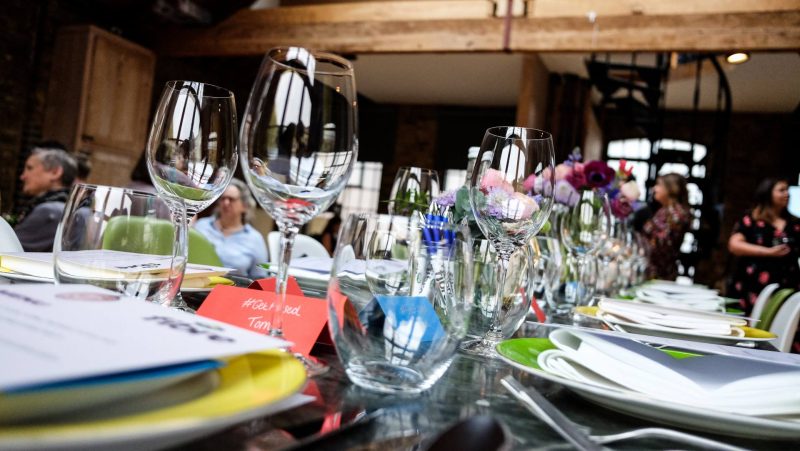 I was lucky enough to have lunch with the team to learn even more about fibre and I was shocked at just how a tiny change can make such a big difference to your diet. I’m talking about changes you won’t even notice. 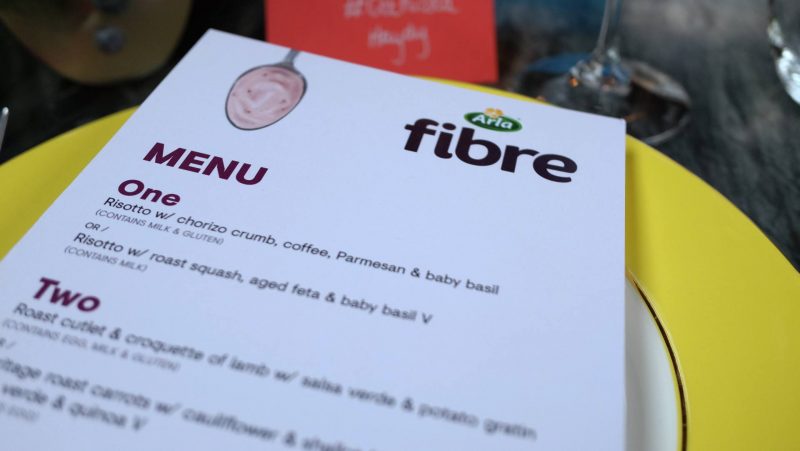 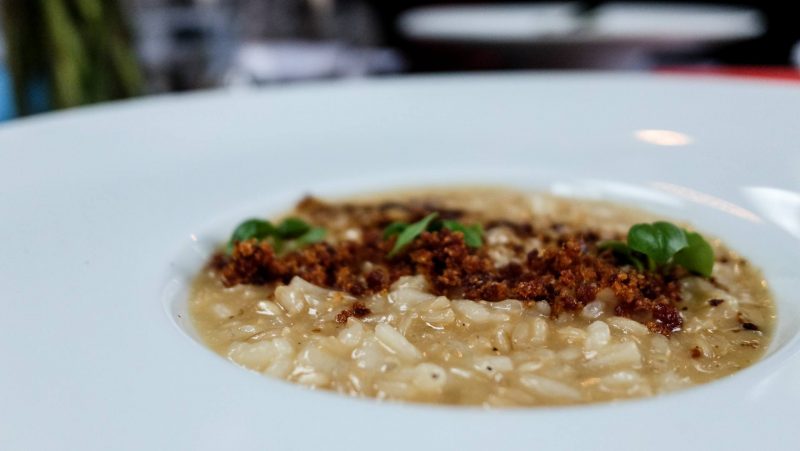 The starters both looked very similar, in fact, they were near on identical so we were still baffled at this point as to what exactly would be different. This tasted really great too as anything with chorizo in is a total win for me. 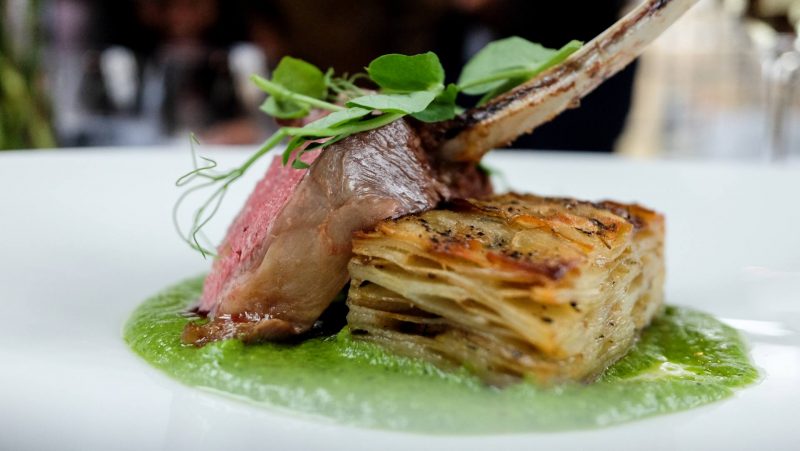 When the mains were served we notice a few tiny differences like the colour of the sauces was every so slightly off. My meal appeared a little greener than the other menu. 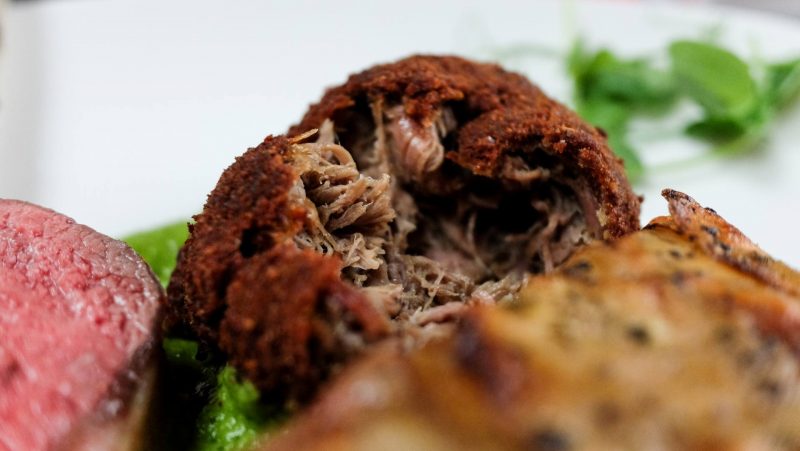 And our croquette of lambs were also ever so slightly different looking, my was a little darker on the outside.

The main was amazing. I would seriously eat it time and time again and I’m not a big lamb eater, so that’s saying something. The lamb was cooked to perfection so it just melted in your mouth, the potatoes were just the right amount of crispy and that croquette was bloody good too! I didn’t even leave a smidgen of sauce! 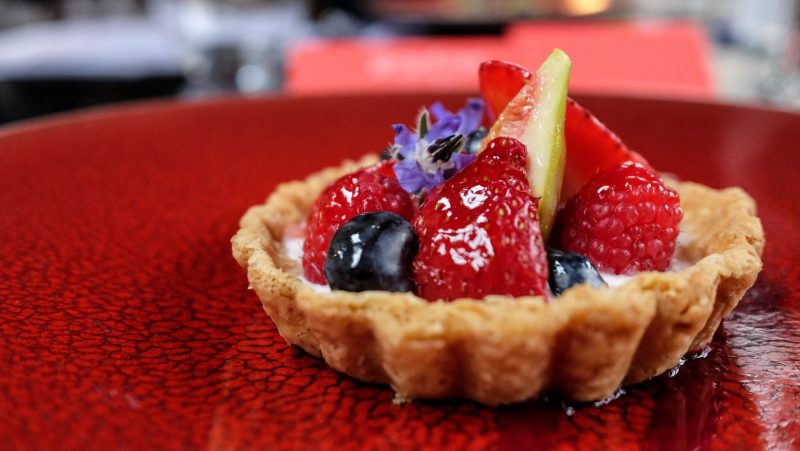 But the desserts were where things became a little more interested and a little odder! My dessert came with this lovely high edges casing, with strawberries, fig, and blueberries in Arla’s fibre yogurt. Whereas the other desserts had a plain low case, kiwi, red grapes, cherries and honey’d yogurt. It was at this point we realised that my menu was higher in fibre.

Wholemeal flour, wholemeal bread, wholemeal rice and seasame seeds had played a huge role in my meal, but the other meals had white bred, flour and rice with pine nuts. But those little differences made such a huge difference in fibre levels. The other menu had just 11g of fibre in, so not even the daily average, but my menu had the entire 30g of fibre that your body needs in a day.

So it turns out that when it comes to fibre always pick brown over white, seasame over pine nuts, and that fruit contains such different amounts of fibre so swot up on those too!