A Day of Burning Calories then Feasting on Carbs in London *

Over the weekend I had a fantastic day out burning a lot of calories and then having a full blown carb fueled feast to end the day! It was rather successful so I thought I’d share the fun we had so you can give these awesome activities a go too! I love finding quirky things to do in London as it makes every visit there a little different.

We started the day with meeting the team from PediBus to get our cycle on and the streets of London! 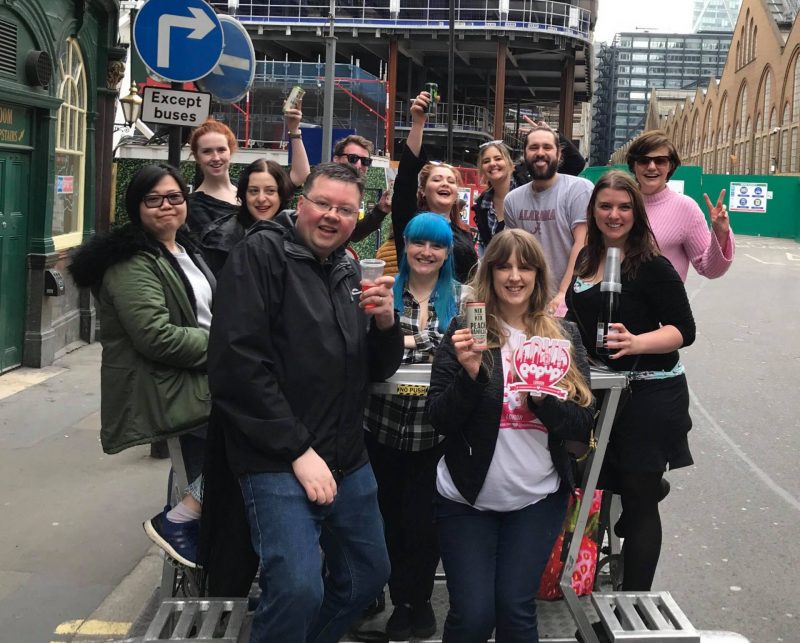 PediBus is an eight-person bike that uses the riders leg power to get them around a route of London. There are four routes with the PediBus London and they are City and Thames, Shoreditch, St Pauls and London Borough Marker. However, even though all the routes are the same time and distance, not all routes are available every day.  You’re allowed to bring on two drinks of your choice to make the ride a little less taxing and there’s a pub stop half way round or if you’re not a big drinker you can use the stop to pop to Tesco and grab some snacks!

I loved the attention we got from passers-by, I love the laughter we had, I loved how we got to cycle past the Tower of London, I loved that as a group we got to control the music and I love the burn I got in my muscles showing I’d worked pretty darn hard! 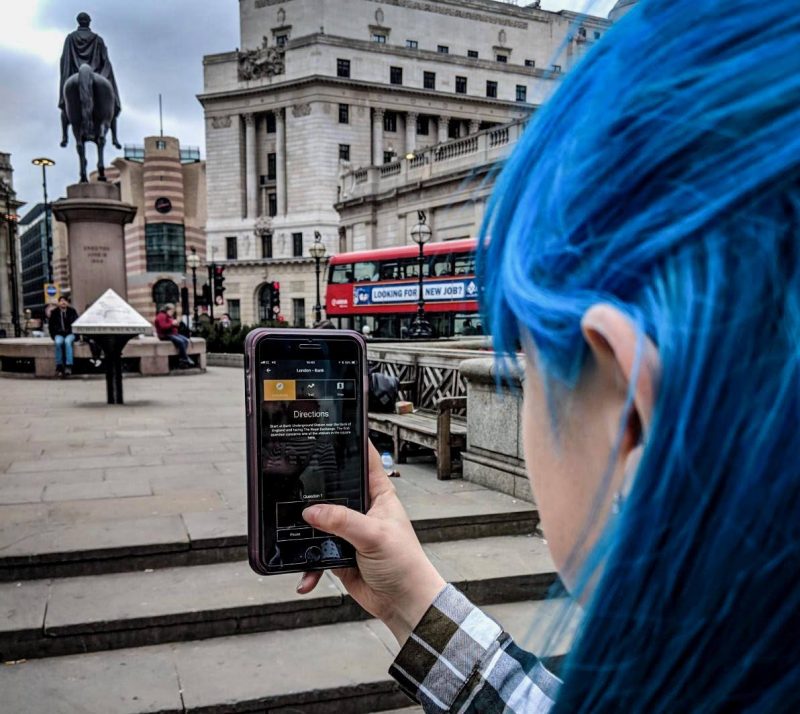 From there, my buddy Yen and I wandered down to Bank and downloaded a scavenger hunt style walking tour with the Tramble app. Tramble is an app that allows you to download walking tours in various areas of the UK including London, Oxford. York and Brighton. But it’s not just a walking tour; you get 60 minutes, and you have to answer 10 questions as you’re guided around your chosen area. I learned so much about the Bank area and we had a lot of fun. We managed to complete the tour in 44 minutes and made it onto the leaderboard as we were so speedy!

Each tour is £1.99 to download and they are tours to use as many times as you want. I think it’s really good value as I’ve done a similar walking tour before and that was £10 on Groupon!

After 90 minutes of cycling and an hour of fast-paced walking to beat the clock, we knew it was time to feast upon some carbs. We had so earned it! We headed on over to Tank & Paddle on Heddon Street, the newest of their crew. 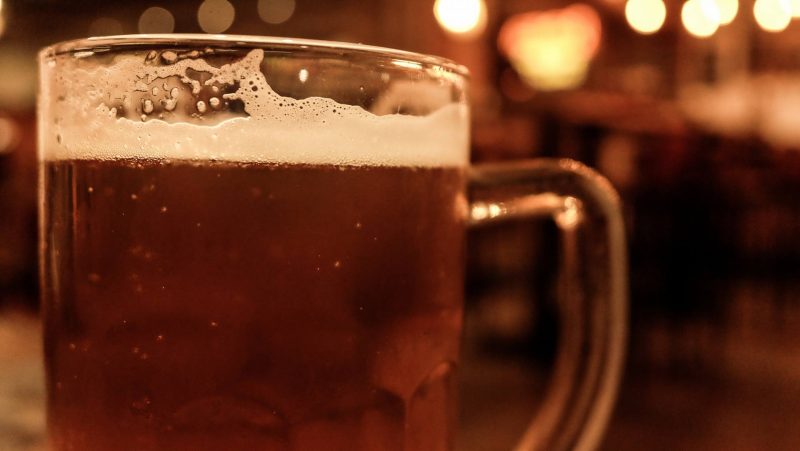 And living up to the name, we ordered a tank of beer each. Well not quite, but we did grab a beer. I opted for a Meantime Brewery Fresh Pale Ale which is a new beer for me. Meantime are my favourite brewers as I’m a Greenwich Uni Grad and they brew there, and I love their Pale Ale so this was even better! It was fruity, it was hoppy and it was gooood! 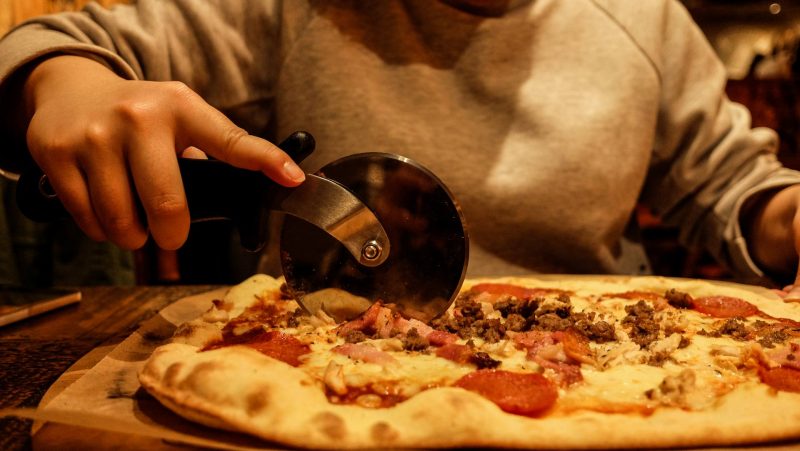 And, of course, we ate plenty of pizza! We both had the Meat Your Match pizza which was topped with Pepperoni, Spicy Beef, Smoked Bacon, and Chicken. I added a little red onion, and fun fact; the first extra topping is free! As ever, the pizza’s were so good. They are the right thickness, just the right amount of cheese as it can often be a little too much and there was plenty of toppings on each slice. I rarely eat pizza and don’t feel stoggy after it, but I always feel good after eating a Tank & Paddle pizza!

If you’re feeling like being a little bit more sporty then you can play Shuffleboard after your meal too. It’s the perfect chance to catch up with friends over a few more beers as there’s so many to try on the menu! When ordering, don’t forget to check the board as the name on it gets a free drink, but you do have to prove it!

This was a great day filled with so much fun, good food, and great company.

Share:
PREVIOUS POST
"Learning How To Build your Brand at the #BloggerBrandWorkshop with Currys PC World"
NEXT POST
"Deep Cleaning our Bathrooms and Kitchen with Fantastic Services *"
0 comments so far.