Getting Jerky at The Reggae Brunch with Cottons *

When I was growing up, I listened to just about every music type I can possibly think of. My parents are huge music fans so it has kind of rubbed off on me. I remember afternoons dancing to Blondie, Simply Red, plenty of Tamala Motown, Garth Brooks, and more Elvis than anyone else I know. Amongst all of that, there was a lot of reggae. We’d have Chaka Demus and Pliers’ ‘Tease Me‘ on repeat in the summer and once I hit 18 I’d spend my Thursday nights dancing to Indie music, my Friday nights moshing along to my favourite emo tunes and my Saturday nights dutty whining to as much dancehall as Romford would allow.

So it’s safe to say my taste is dead eclectic, and when I found out about The Reggae Brunch, I just had to there to relive those childhood moments I knew would come flooding back as soon as I heard those beats again. 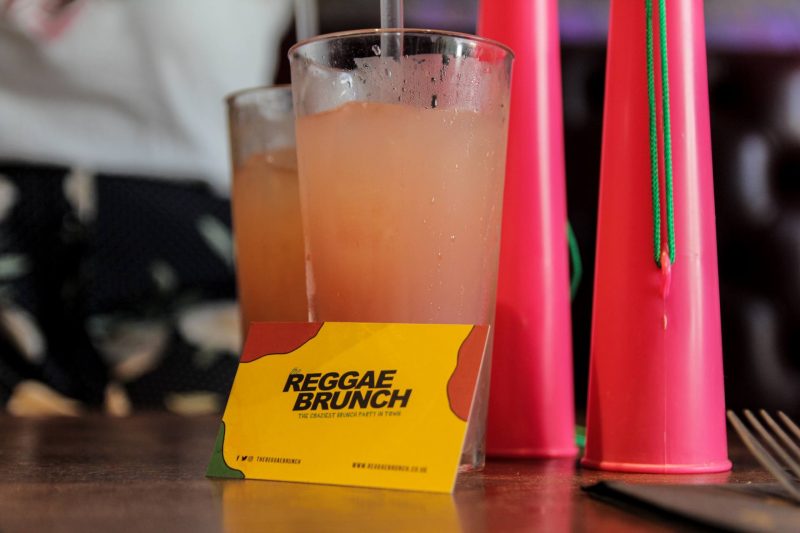 The Reggae Brunch are a pop-up event that brings a refreshing experience with some incredible foods. From when you arrive at 12pm there’s unlimited rum punch for a full hour before feasting on a 3-course meal from Cottons Restaurant & Rhum Shack. After dinner, and even between courses, there’s plenty of time to enjoy DJs spinning your favourite Reggae, Soca, Calypso, Reggaeton, Bashment, Afro, Soul, Ska & Commercial hits. Sounds like a right bargain for £38 a ticket, right?! 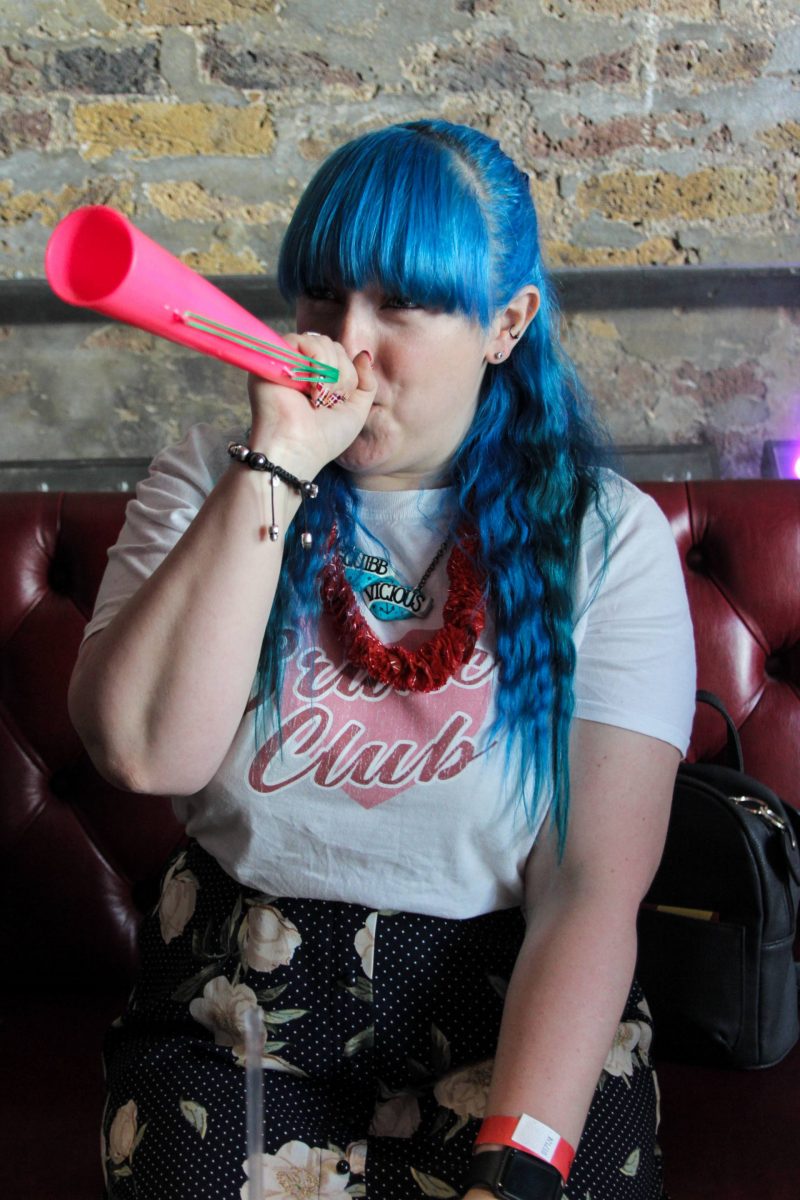 On arrival, we were given cards with the number three on and so the hunt began to find that table number, after grabbing our first glass of rum punch. We were sat by the huge glass windows at Fu-Manchu in Clapham North and we were ready to grab another glass of rum punch, they just slid down to easy! The tunes were already being pumped out over the speakers and everyone was having a great time already. 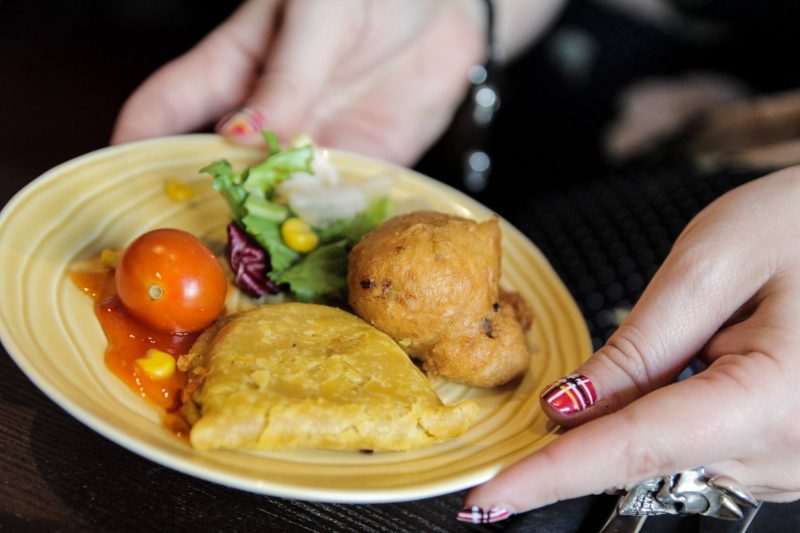 Shortly after everyone had arrived the starters were brought round. I had high expectations for having already eaten at Cottons beforehand and the vegetarian platter certainly hit all the right notes. We had a sweet potato and vegetable fritters which, with a dip in the sweet chilli sauce, we a great way to kick off the foodie side of the event. 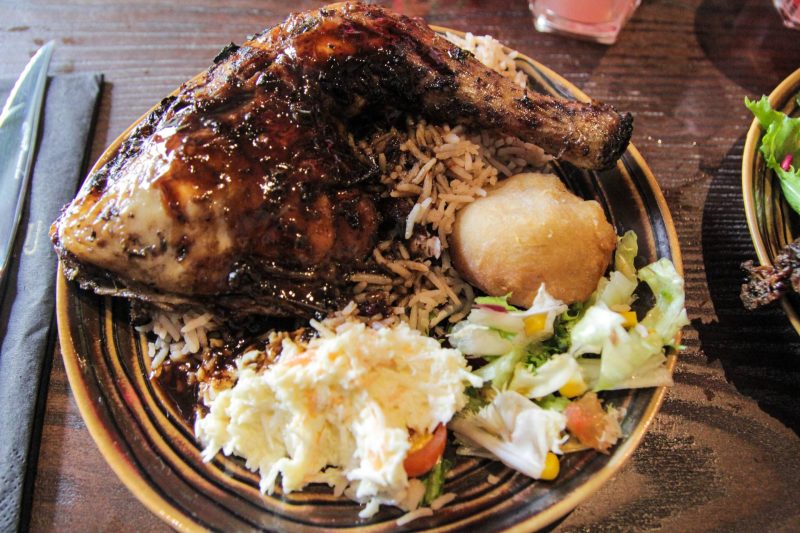 I had previously had the Jerk Chicken from Cottons with my dad so I knew what to expect and was so excited. I’m a big fan of nearly anything in jerk dressing! Mike hadn’t had it before and was blown away. We pretty much ate in silence as we were enjoying it so much. The coleslaw and salad were a cool welcome from the spice to break the meal up a little. I love spicy food but it does proper get me when I eat it. 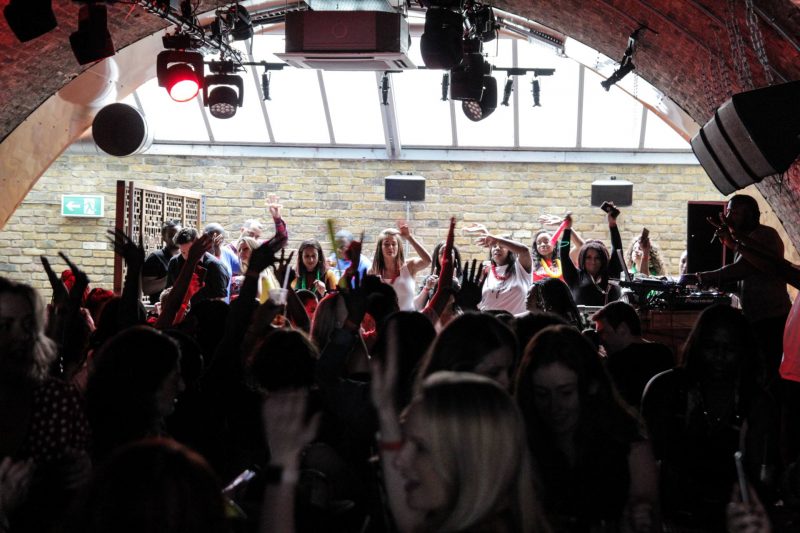 Between main course and dessert, things really got crazy! There was dancing, there was a raffle, there was MCing and there was plenty more drinking! 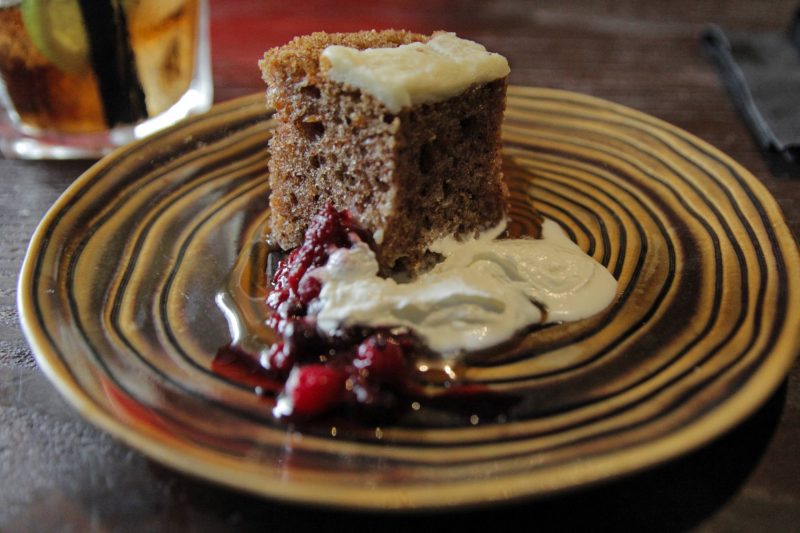 The dessert was a proper lush slice of Rum Cake that was just right after quite a heavy meal. It was filled with flavour, not at all stodgy and went down will with my Malibu and coke. 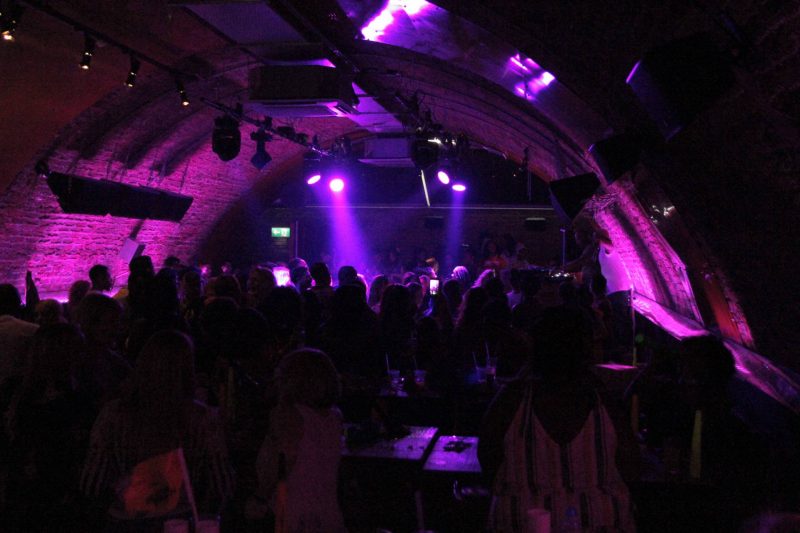 After desserts had been devoured, things got even more off the hook. The blinds were closed making the restaurant space into a nightclub and the tunes just kept coming. There was a hell of a lot of dancing, some pretty impressive karaoke from the crowd and far more drinking. After cutting a few shapes, we were well and truly ready to hop back on the train home and have a nap to refuel!

If you want to go, but want to skip the eating you’re able to pick tickets for £15 for just the after party fun, but I do highly recommend trying the amazing foods too! Each week the venue changes and you won’t find out where it will be held until just a few days before which makes it even more fun!

Thanks to Love Pop Up London for supplying one ticket to this event.

Share:
PREVIOUS POST
"Making Sense of the Help to Buy Scheme *"
NEXT POST
"Getting a Bit Nutty for Special Celebrations with Nut Cakes *"
0 comments so far.