The Guy Fawkes Inn is a medieval inn in the stunning town of York. In fact, it stands in the shadow of the super imposing York Minster, the very birthplace of the notorious plotter, Guido Fawkes, back in 1570. Or as we better know him, the infamous Guy Fawkes!

Yes, the chap hat got caught out trying to blow up the House of Parliament was born in the very spot that we had our lunch on! Pretty cool right?!

On arrival, we were escorted past the heaving pub, through the restaurant and sat out in a tranquil conservatory where we ordered a cheeky lunchtime bevy. Mike ordered the stout from York Brewery which he was dead chuffed about as we didn’t get the chance to try when we there. I had a lush glass of Rose wine which is so not like me but something in me felt like going against the grain and rebelling. Maybe I was channeling my inner Guy Fawkes! 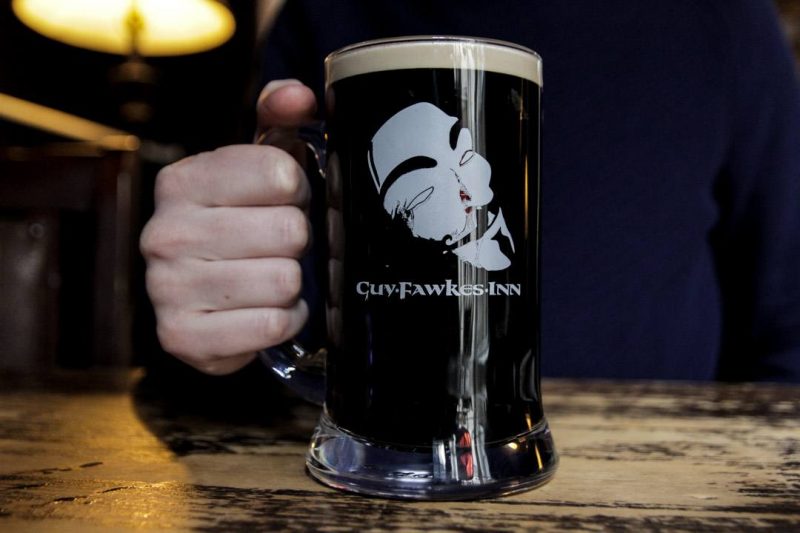 As we had a huge breakfast and had dinner planned with friends, we only wanted a light lunch as we were hungry but not famished! We opted for some sandwiches as they’re always a sure way to fill you up, to that happy full feeling, not that awful over eaten bloated feeling.

I had a proper tasty chicken sandwich that was paired with a chili sauce and some perfectly cooked roasted peppers. Mike had a beef sandwich that he devoured pretty darn quickly so that’s a tell-tale sign that he thoroughly enjoyed it! 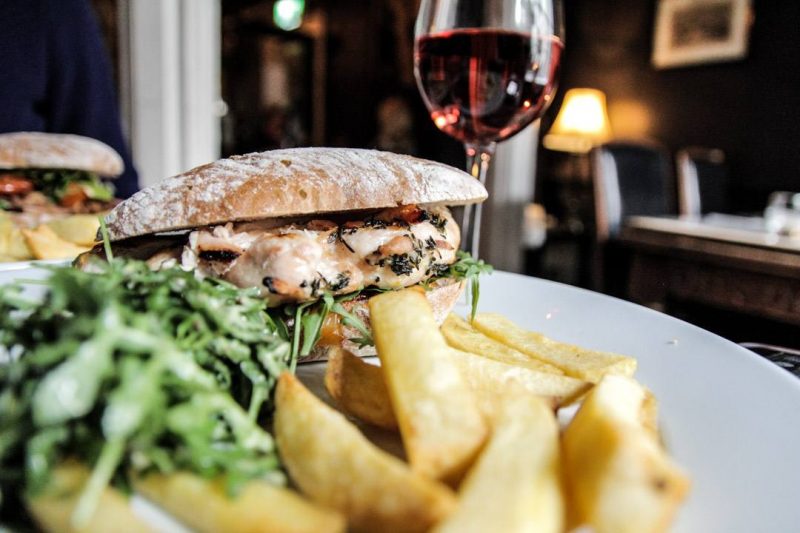 These were plated with a peppery rocket salad and those proper chunky chips that are crispy on the outside and fluffy like clouds on the inside! We didn’t think we were quite as hungry as we were until the food got placed in front of us! I was thinking I’d just have a few of the chips as they looked so good, but that didn’t happen! I literally cleaned the plate and made sure I mopped up all the ketchup we had in our pot too! 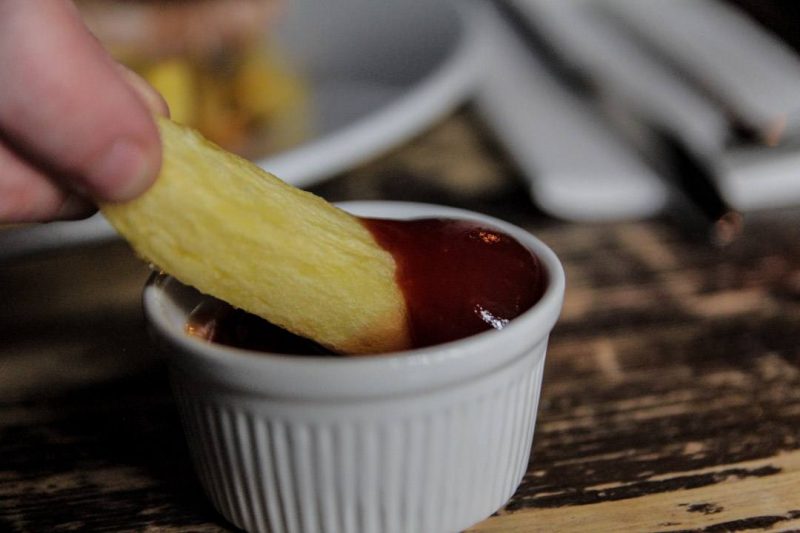 After finishing up and chatting with a few of the amazing members of staff, we headed out into the courtyard to check out the murals dedicated to Guy Fawkes and the failed gunpowder plot. I love historical places and I think I enjoy them, even more, when I can chow down on good food inside of them! 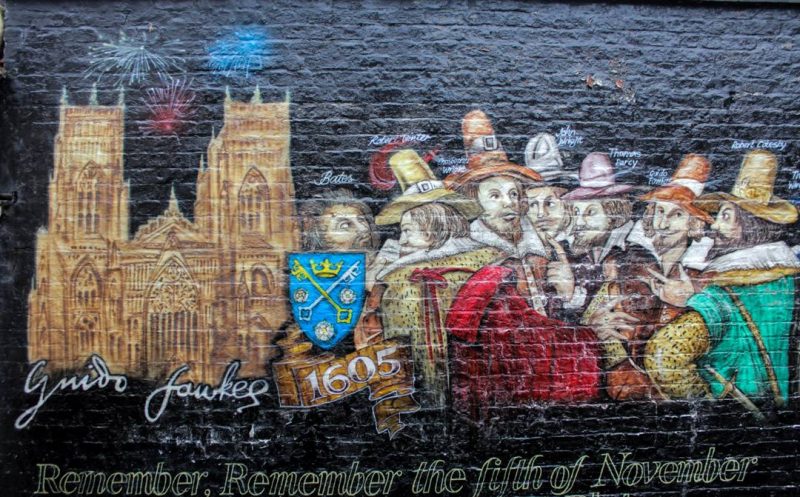 I learned a fair amount about the gunpowder plot from both the staff and all of the information around the restaurant and pub. I also greatly enjoyed the menu having sections like ‘Start the Fire’, ‘Feed the Fire’ and ‘Let in Burn’ which gave me a little chuckle when deciding what to have. There’s also the Conspirator’s Menu which is served Monday to Friday from 12pm to 6pm that offers 2 courses for £11.95 and 3 courses for just £14.95!

If we ever return to York, which I’m sure we will, I know that I will be booking a room at the Guy Fawkes Inn and be stopping for an evening meal as the food and services is far too good to miss out on.

Gin Pop Up at The Hoxton!

Blackpool in 24 Hours: What You Need…

Share:
PREVIOUS POST
"What Makes Manchester the Top Destination for a Stag Do? *"
NEXT POST
"Spoiling my Dogs with a New Bed from Raised By Humans *"
2 comments so far.

2 responses to “Lunching with Guy Fawkes at The Guy Fawkes Inn, York *”