Spoiling my Dogs with a New Bed from Raised By Humans *

When it comes to spoiling pets I’m pretty bad for it. Whenever I pop back to my parents, I love taking something special for my two dogs. A few weeks back, I upped my game a little and spoilt my favourite four-legged friends to a new designer dog bed from Raised by Humans. 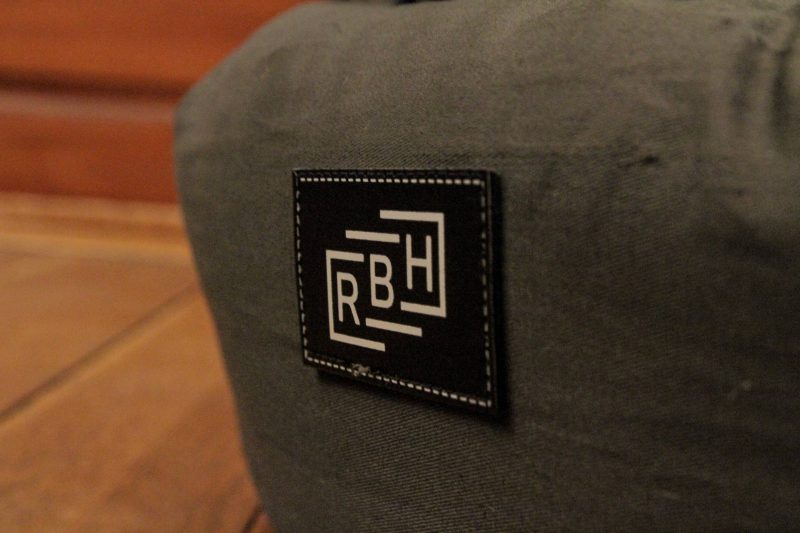 Raised by Humans began with a realisation that the pet industry is littered with dog beds that sacrifice design for the convenience of fitting those beds around the owners busy lifes. And it is often assumed that luxury means tweed and tartan, you know me, I love a bit of tweed and tartan but sometimes that just doesn’t fit with the interiors where you want you furry friend to curl up and sleep.

To turn this idea totally on its head, Raised bu Humans wanted to do thing a little differently so they went back to the drawing board and started with the one thing the many other dog bed makers tend to leave until last if even remember it at all. And that’s a proper good design! And no, that doesn’t just mean it’s gonna look super stylish, a good design also takes into account how your pet is going to feel when catching their 40 winks. 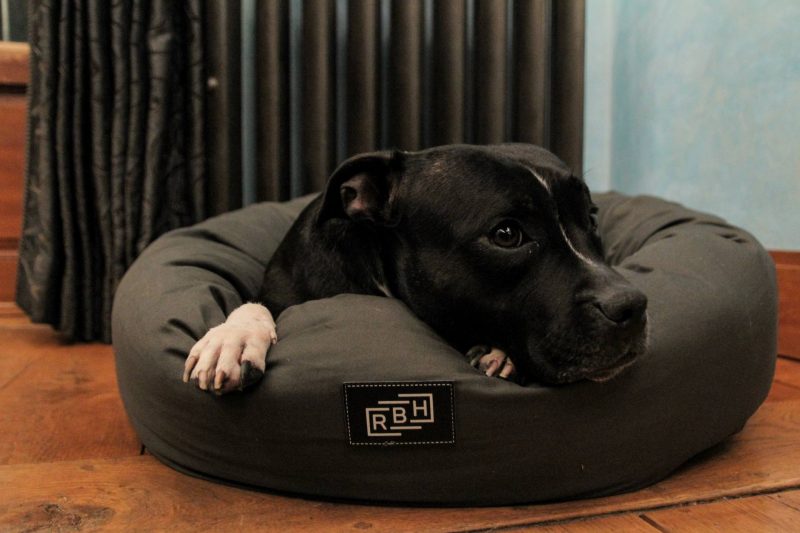 But why is the design of a dog bed so important? The answer is quite a simple one; it’s what Raised by Humans want to do! They are a solid team made up of four friends from a design and marketing background, and obviously, they all happen to be pet lovers. And they are pet lovers who don’t like being forced to compromise on the things we have on display in our homes making ugly dog beds a thing of the past. 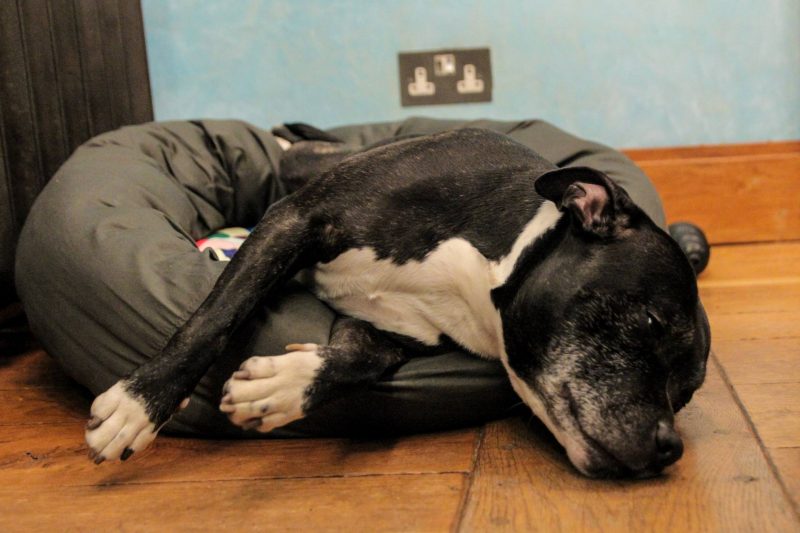 Raised by Humans forerunning thought was to create a range of dog beds that look so good that you want to need your sofa anymore! But then it won’t fall apart when your four-legged buddy decides to climb all over it and not have a care in the world! 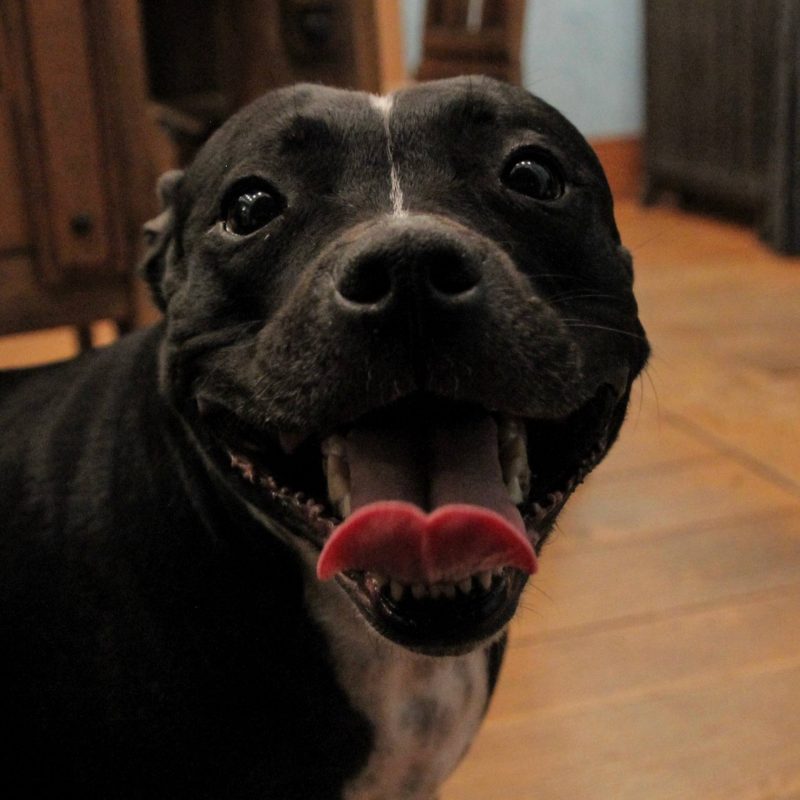 And the Squibb family, including the furry siblings, all think they’ve done a bloody good job! Just look how happy Chungy was about her new bed! She didn’t wipe that Staffy smile off her face for quite some time. In fact, since them having the bed, it’s become her favourite bed around the house and Mum’s seen her trying to push poor Chess out when she wants it! 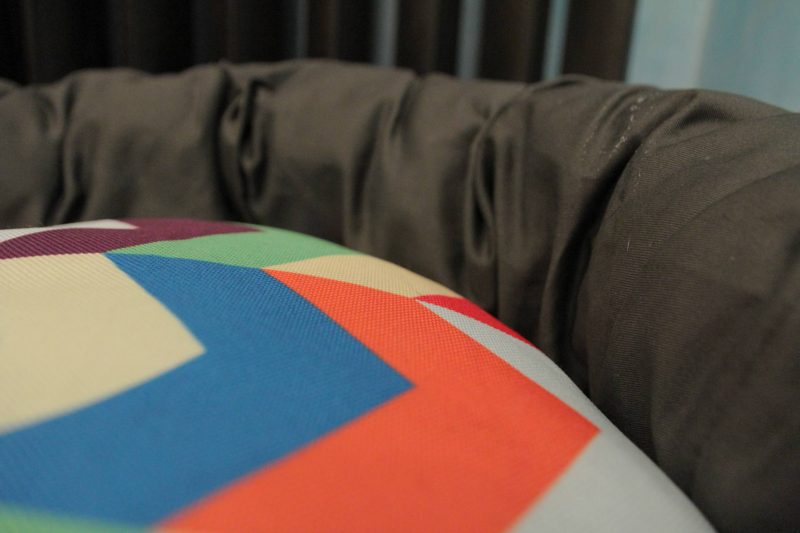 The bright colours fit my parent’s kitchen so well, and the design is just so durable. Having two Staffy’s climbing in and out, the bed is doing so well. They play fight a lot in and over it so it does take a lot of beating from those crazy pups. 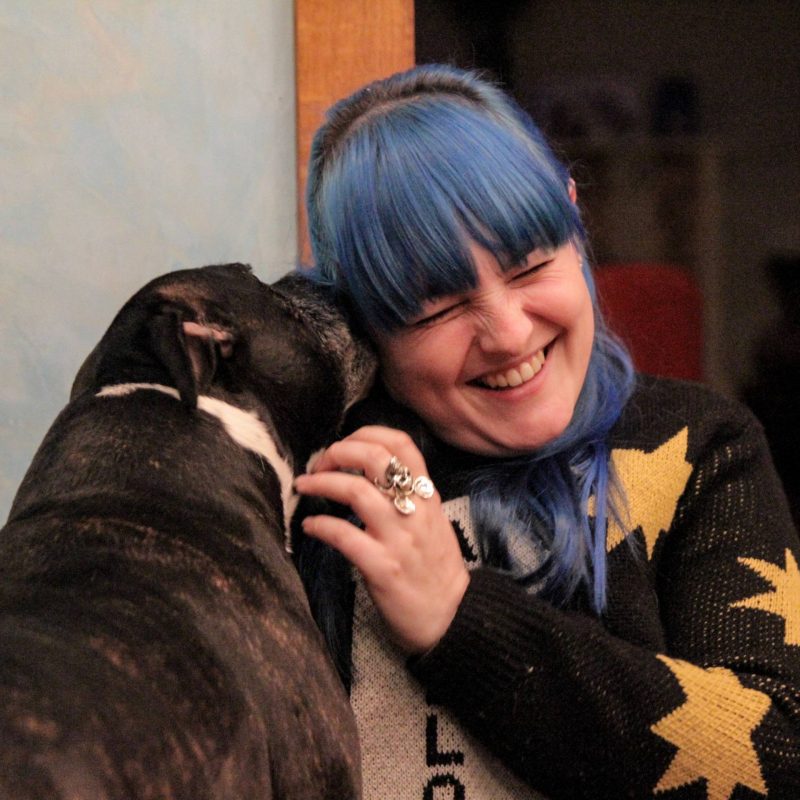 I think this was Chess’ way of thanking me for turning up with a new awesome bed, right? They bloody love it as do the rest of the family so we think Raised by Humans have totally hit the nail on the head for what they wanted to achieve!