A Fun Filled Night at Musical Bingo in Shoreditch *

So when I say a fun-filled night, I don’t mean that mildly. Musical Bingo will have you out of your seats dancing, singing and shouting along to the crazy fun that unrolls in front of you. I mean I had split trouser from throwing too many sick shapes, there was plenty of wine drinking and there was more laughter on a night out then I can remember there being in quite some time! 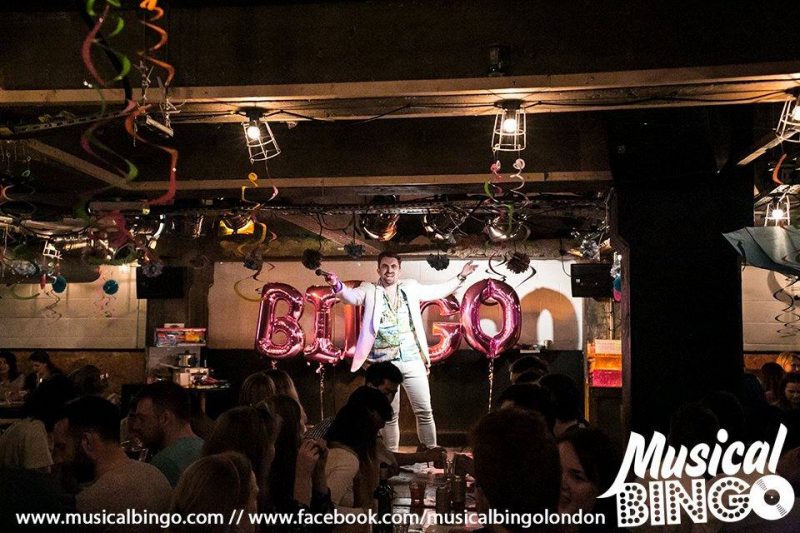 So what is Musical Bingo I hear you asking, well, it’s just like regular bingo, but instead of shouting out numbers they play songs! Each round takes on a different theme of song choices, these could be based on either a decade, genre or a just a fun topic. Our night was Spring Fling themed so our first round was summer tunes, we also had two other rounds including club classics which is where it all got a little crazy! 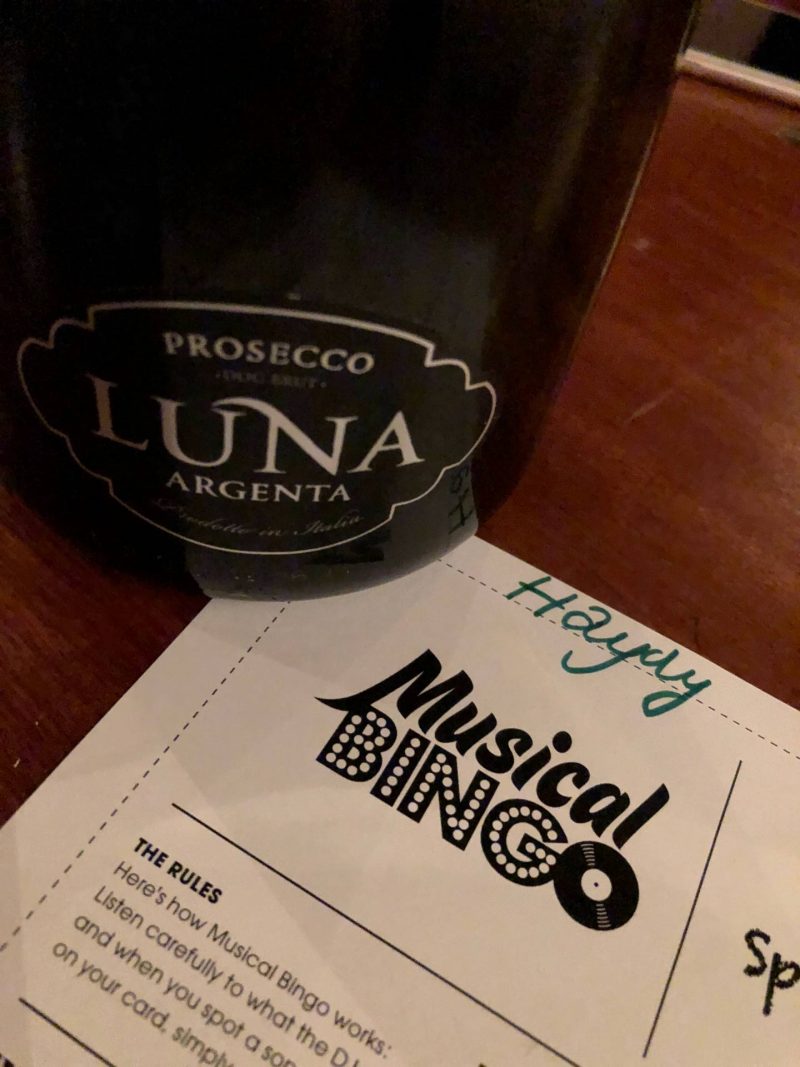 Our host for the evening was hilarious, he really kept the crowd going and bought plenty of laughter. He had mystery boxes were winners could choose their own mystery prize which included some decent headphones to a meat pie! There were also prizes for one line, two lines and three lines which included drinks vouchers, flip-flops and many crazy items!

We had a table of six which really helped as between us we could name nearly every song between us that was played so we could get in quick with our answers. It was quite handy having a friends with different tastes in music as it meant we could cover so much more! I was bang on it with Motown tracks, Grace knew the older tracks and the other ladies were dead good at a lot of the pop music I hadn’t heard before. 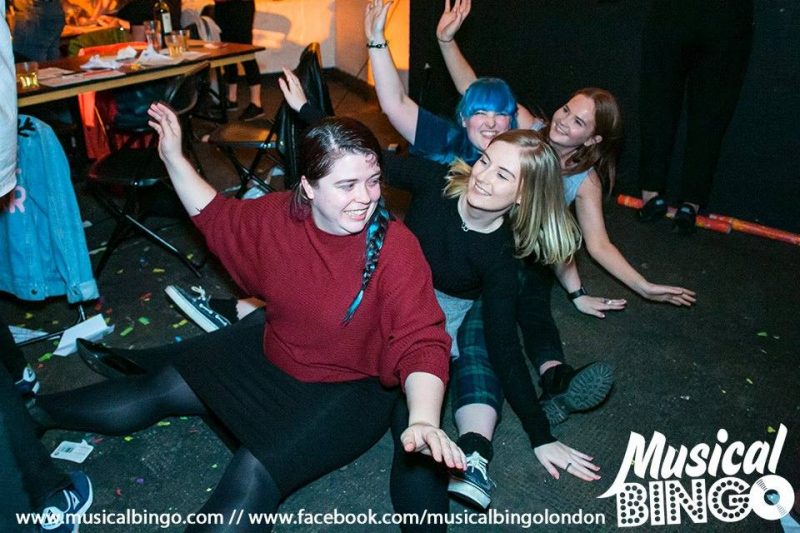 As the night went on the dancing and involvement from the crowd just got better and better! In between each tracked played there was full-blown dancing, see image above as proof. We threw ourselves wholeheartedly into ‘Oops Upside Your Head’ despite not even the full song being played. There’s commitment for ya! 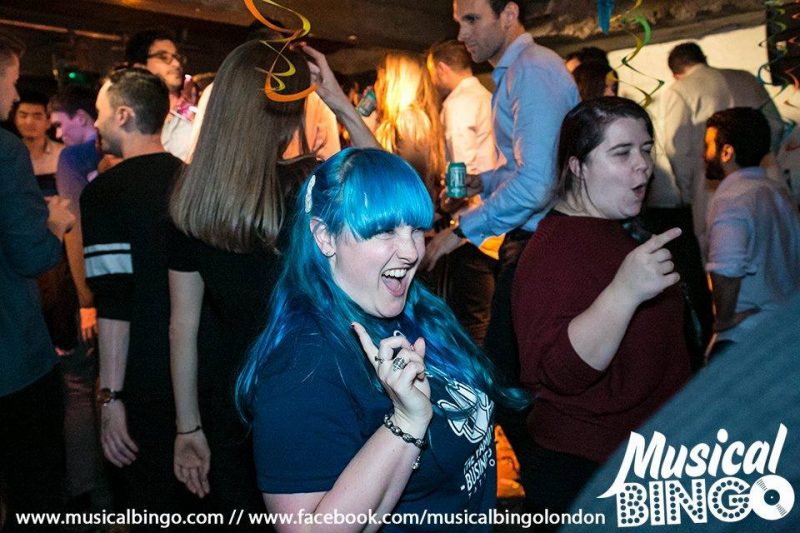 By the end of the night, the stage was full of dancers of all abilities which made for great people watching. I don’t think there was anyone in the venue that wasn’t having fun! I’ma lover of a night out down the bingo but this really was something else; it fused my love of music into something completely new and made me become dead competitive as, after muchos vino,  I was 100% sure I’d win the top prize of an electric drum kit as I looked most suitable to be in a rock band. Yep. this rock chick thought she had found her calling in life only to have those dreams shredded as the DJ obviously didn’t get the memo to pick the songs off my bingo card!

Heartbreak aside, we had such a great evening and I will certainly be returning as all the girls loved it too. It made a total change to our usual dinner and drinks and that change was a very welcome one!