Nothing screams summer more than a good cocktail or two in London with friends after a day at work. I can never seem to find a location near to Liverpool Street that I like and want to return to, well that was until I found Devonshire Terrace!

As I wandered down through the backstreets of London to find Devonshire Terrace, I found myself transported to a part of Liverpool Street that I had no idea existed! Devonshire Square and the surrounding area had a few little restaurants, a POD where I grabbed a cuppa so I wasn’t too early, a Planet Organic and of course, my destination for the evening. On arrival, there was plenty of seating outside at both the front and the back so that means lots of space for summer cocktails. 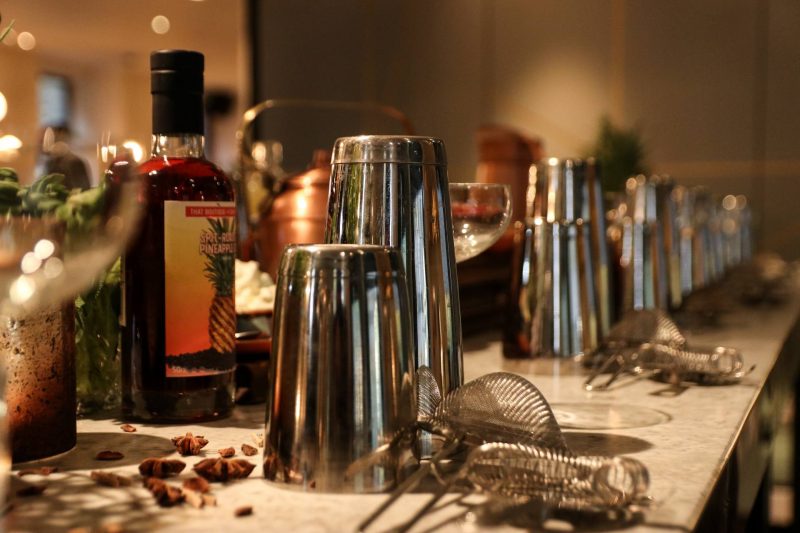 Devonshire Terrace is part of the well known Drake and Morgan chain which is one of the few chains I know that put in so much effort into each and every one of their branches and you know they will fully exceed your expectations every visit. 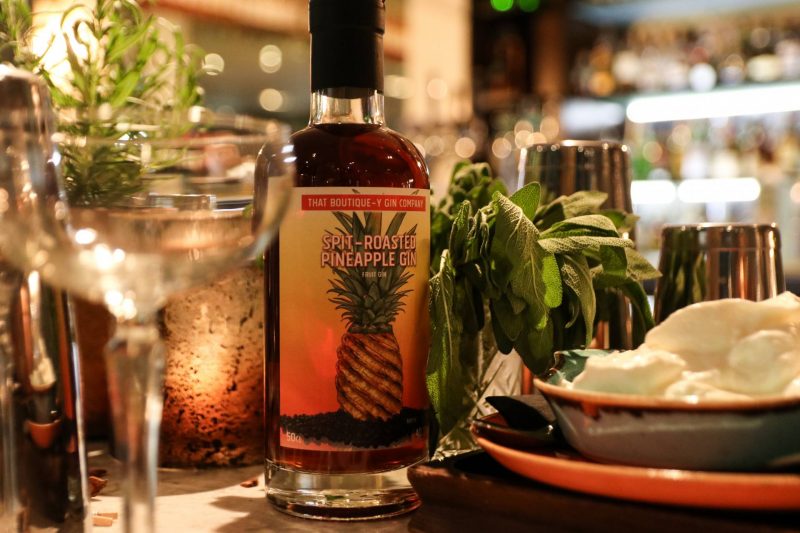 Getting back to those summer cocktails, we actually had the fun of making our very own. We made the amazing Yoga mat & chai, which ingredients sound a little crazy, but trust me, they really work! We used Boutique-y spit-roasted pineapple gin, yoghurt, almond milk, honey green tea, baking soda, and lemon, with sage & hazelnut for decoration! 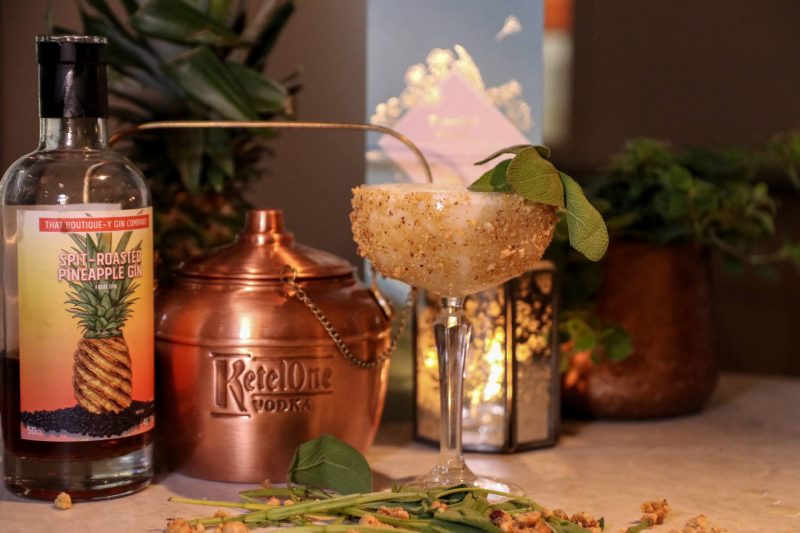 After all the fun and games of cocktail making and drinking them, we moved into another room, seriously, there are so many good nooks and crannies there, to have our dinner. 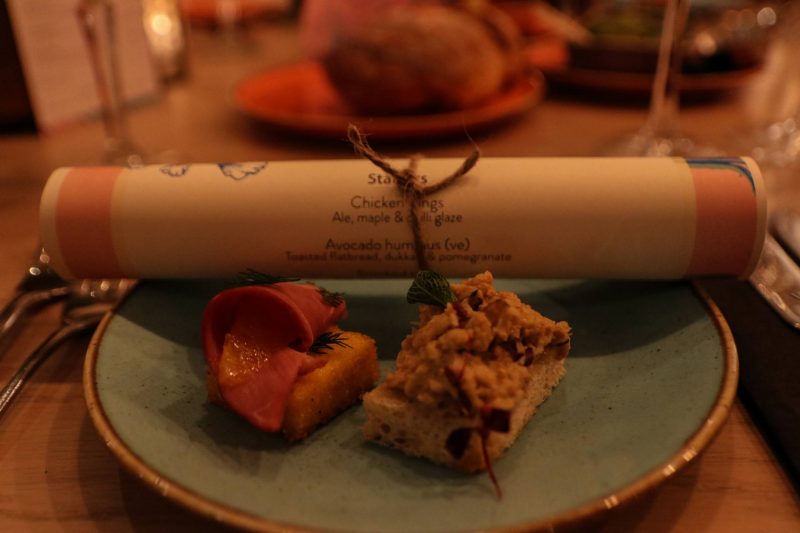 We started with some yummy canapes to give us a little taste of what to expect. One being duck and the other ham, they both went down a right treat!

We then had a choice of which meals we wanted and it all looked so bloody good that I found it quite hard to chose, but as I am on Slimming World I decided to attempt to be a little better than I normally would on a night out! 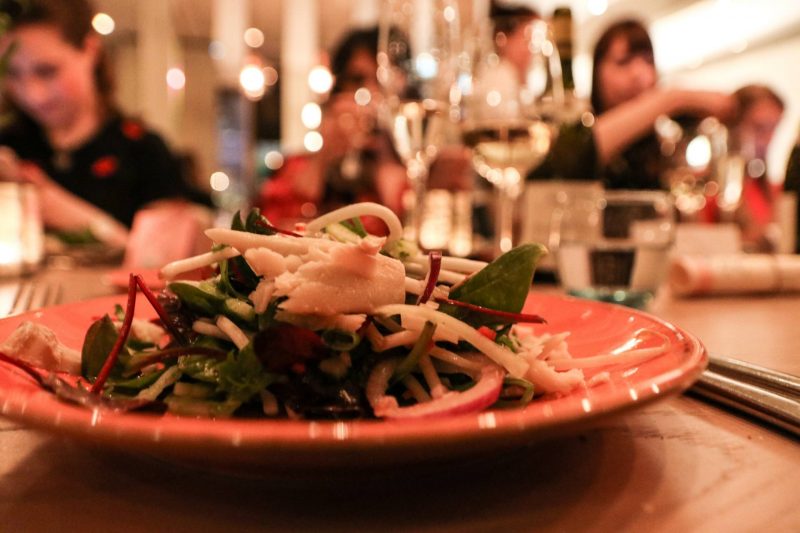 My starter was the incredible Smoked trout in a Thai ‘nuoc cham’ dressing served with an exotic salad. I am so glad I picked this as there were flavours I’de never had before and I felt so good after eating it! It was light, refreshing and just so flavoursome! 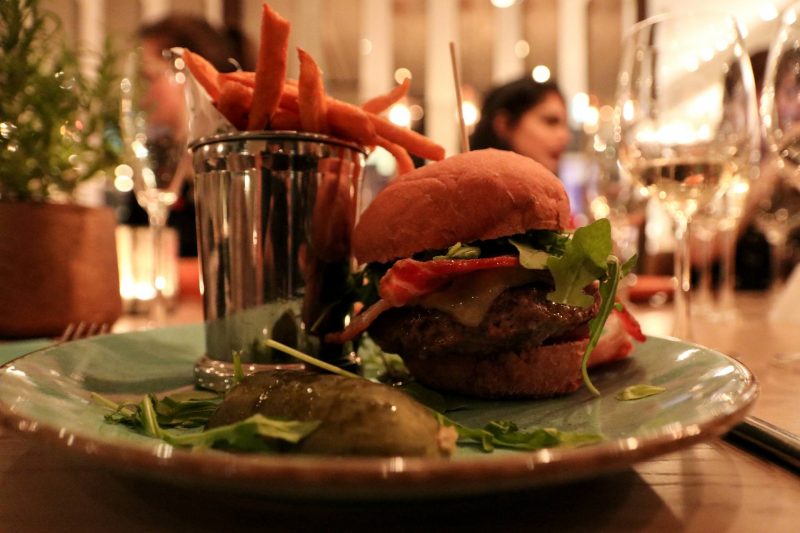 Ok, hear me out on this one, I know huge stacked burgers aren’t that good for me, but I did only have a mouthful or two with the full bun to get the overall taste and then I just ate the meat and salad together from the middle. I also paired with sweet potato fries and only had a few! They were so good I could have easily devoured the lot. The meat patty in the burger was really high-quality beef and the bacon they had used was impeccable. I also loved the touch of the beetroot brioche bun. I shall return when I’m free of Slimming World to conquer this beast in its entirety! 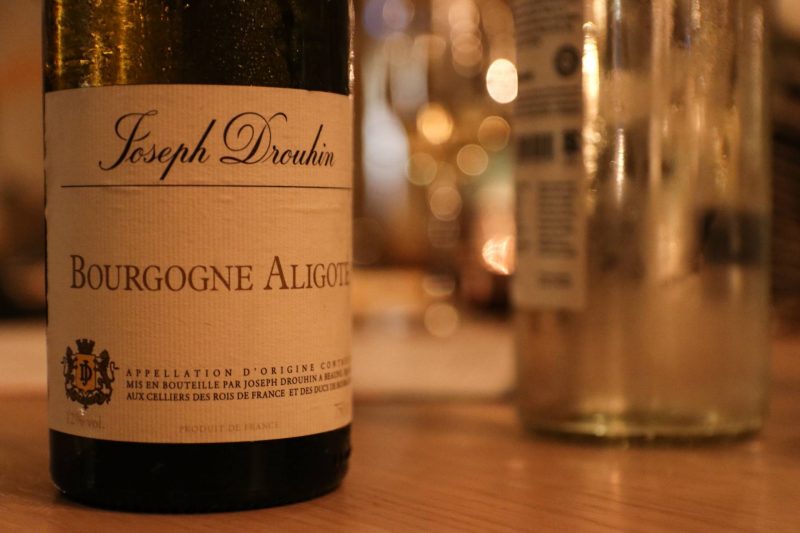 Our meal was paired by the lovely sommelier and it was something I would have never chosen myself. I’m not usually a Chardonnay drinker but this was refreshing, not too oaky and didn’t take too much away from the food either. 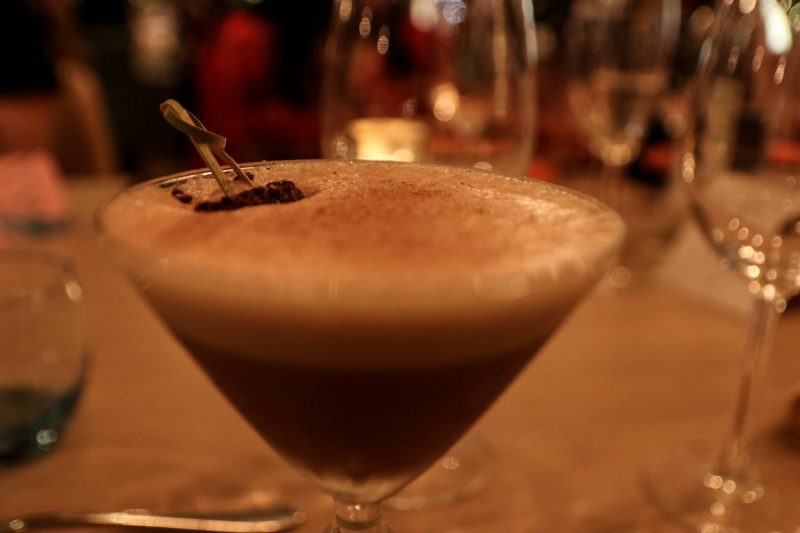 In one last attempt to behave myself a little, I went for the Brownie Martini rather than a full dessert. That little chunk of brownie has got me 100% going back to eat the full portion as it was divine! I also know that my girl gang will be joining me for that!

The service was outstanding, the food so fresh and flavoursome and the drinks made the evening. Devonshire Terrace, you’ve got youself a new fan!

Where to #DiscoverTheStars of Leicester Square *