Hitting all the Right Notes at The Scotch Whisky Experience *

When it came to whisky, I legit had no idea where to begin. I knew I wasn’t a fan of the likes of Jack Daniels as all I can think of when I hear that name is the time we decided to do shots of it at midnight one New Years Eve and that hangover was a rather bad one! I’d never really tried Scotch Whisky so when we were in Edinburgh we obviously had to make a stop at The Scotch Whisky Experience so I could be educated in good whisky and Mike could brush up on his skills. 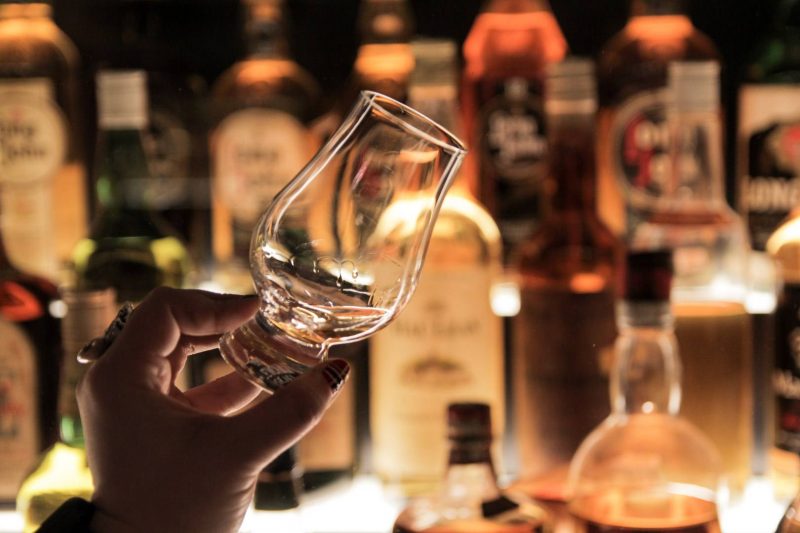 The Scotch Whisky Experience taught me so much it was unreal. I mean, who knew there were 5 different types of whisky that all came from Scotland. Well there, we go, now you do! There’s Lowland, Highland, Speyside, Islay and Campbeltown. These are all single malt whisky which means it is made only from malted barley, in two (very occasionally three) copper pot stills, by a batch process. ‘Single’ malt whisky is the product of an individual distillery. And whilst I’m throwing the facts out, whisky is the Scottish spelling and the Irish spell it whiskey, with the extra ‘e’. This difference in the spelling comes from the translations of the word from the Scottish and Irish Gaelic forms. Whiskey with the extra ‘e’ is also used when referring to American whiskies. 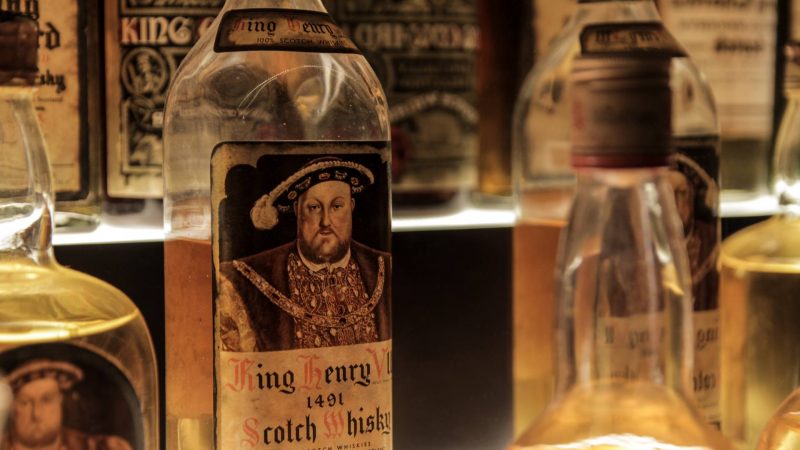 But back to the task at hand, our Scotch Whisky Experience Tour. On arrival, you jump in a barrel and get transported around how to whisky is made in a virtual distillery which made me surprised at how many similarities there are with beer! We do a lot of brewery tours so it was really interesting to see the overlap.

After your tour, you are shown into a room with a huge TV screen and handed a small piece of paper. All sounds a little ominous right?! Wrong, your piece of paper is a scratch and sniff card that allows you to smell the flavours of each whisky as the video you’re watching each of the five different locations around Scotland that produce whisky. From this, you pick your favourite smell and as you arrive in the next room you are given a dram of it! You watch another film about blended whisky and are filled to the brim with more facts.

The final leg of the tour is by far the most impressive. You’re taken through the worlds largest private whisky collection. The story behind it is that back in the 1970s, Claive Vidiz, a whisky enthusiast in Sao Paulo, Brazil and founder member of the Brazilian Association of Whisky Collectors, started to seek out and purchase Scotch whisky of varying type, cost and rarity. He amassed almost 3,500 bottles over 35 years. None of them having ever been opened!

And then in October 2006, The Collection was purchased by Scotch whisky distiller, Diageo. When Diageo brought the Claive Vidiz Collection home to Scotland, it was with a commitment to preserve the legacy, the passion with which it was collected and to share it with an international audience. It was decided that tit would be best stored at The Scotch Whisky Experience for all who do the tours to see it. Some of my favourite bottles include a couple with Henry VIII on, a pair of Scotty Dogs and an entire set of chess peices all filled with whisky! 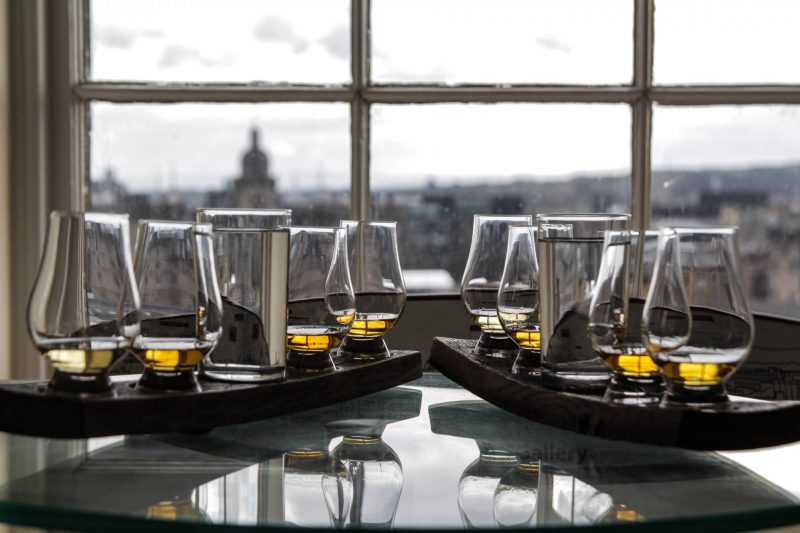 We were kindly gifted the Gold Tour passes so when the tour was over we had an extra whisky tasting session done in our own time. We chose to sit overlooking Edinburgh and take our time to ensure we really enjoyed each whisky. My tasting notes are a bit of a mess as we were scrawling away our thougths as we went along! 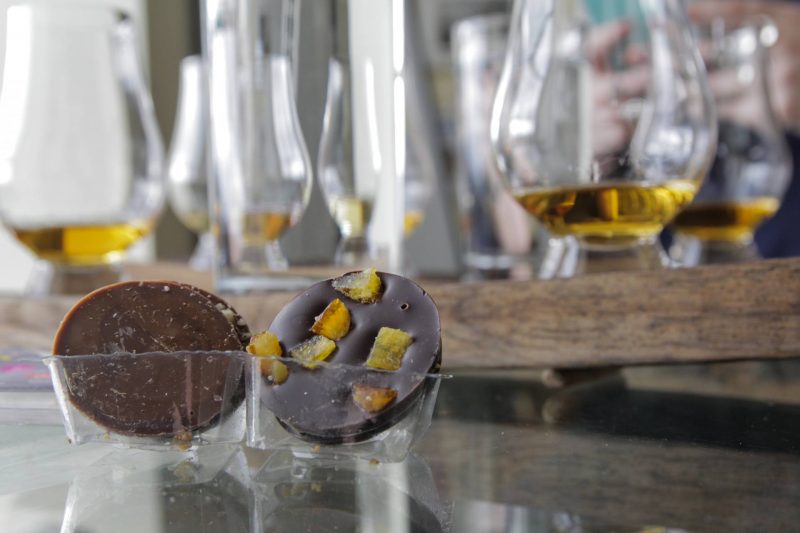 Another thing I didn’t know was how much chocolate can change the taste of a whisky! In fact, I actually preferred the Lowland whisky with chocolate and preferred the Islay and Highland without the chocolate.  Neither of us were fans of the Speyside whisky as we felt it wasn’t quite as good as the others and without sounding daft, it smelt exactly what I imagine whisky to smell like and it kind of put me off as the others had far better smells! The Highland shocked us by tasting so much better than it smelt too which was great!

Our personal favourites were the Lowland which was very easy to drink, was very light and had a short finish, and meant I could eat more the of divine chocolate it was paired with! We also loved the Islay as it’s smokey taste reminded us of Bonfire Night and the after taste had a slight tangy kick which was so different to the other whisky we tried!

We really did learn so much and I left a whisky fan having tried so many varieties! If you’re ever in Edinburgh you need to head on down to The Scotch Whisky Experience for sure. You can thank me later!

Wine’d Up with Mr Vine

Why Is It Important for You to…