A Short Day Trip to Vianden Castle with a Luxembourg Card *

With having all of our travel in with the Luxembourg Card we spent a day out in Vianden, which is right up in the North East of the country. We hopped on three buses from our hotel which got us there in around an hour and a half, but there is an option of getting the train depending on what time and day you visit. The route we took on the buses was so scenic that the time actually went really quickly; we drove through small villages with the cutest houses, we drove through fields upon fields filled with sheep and cows and we drove through motorways that seemed far too big for such a small country.

On arrival into Vianden, I was taken back by how stunning is was. It had a vibe that made me think of Austria, even though I’ve never been! 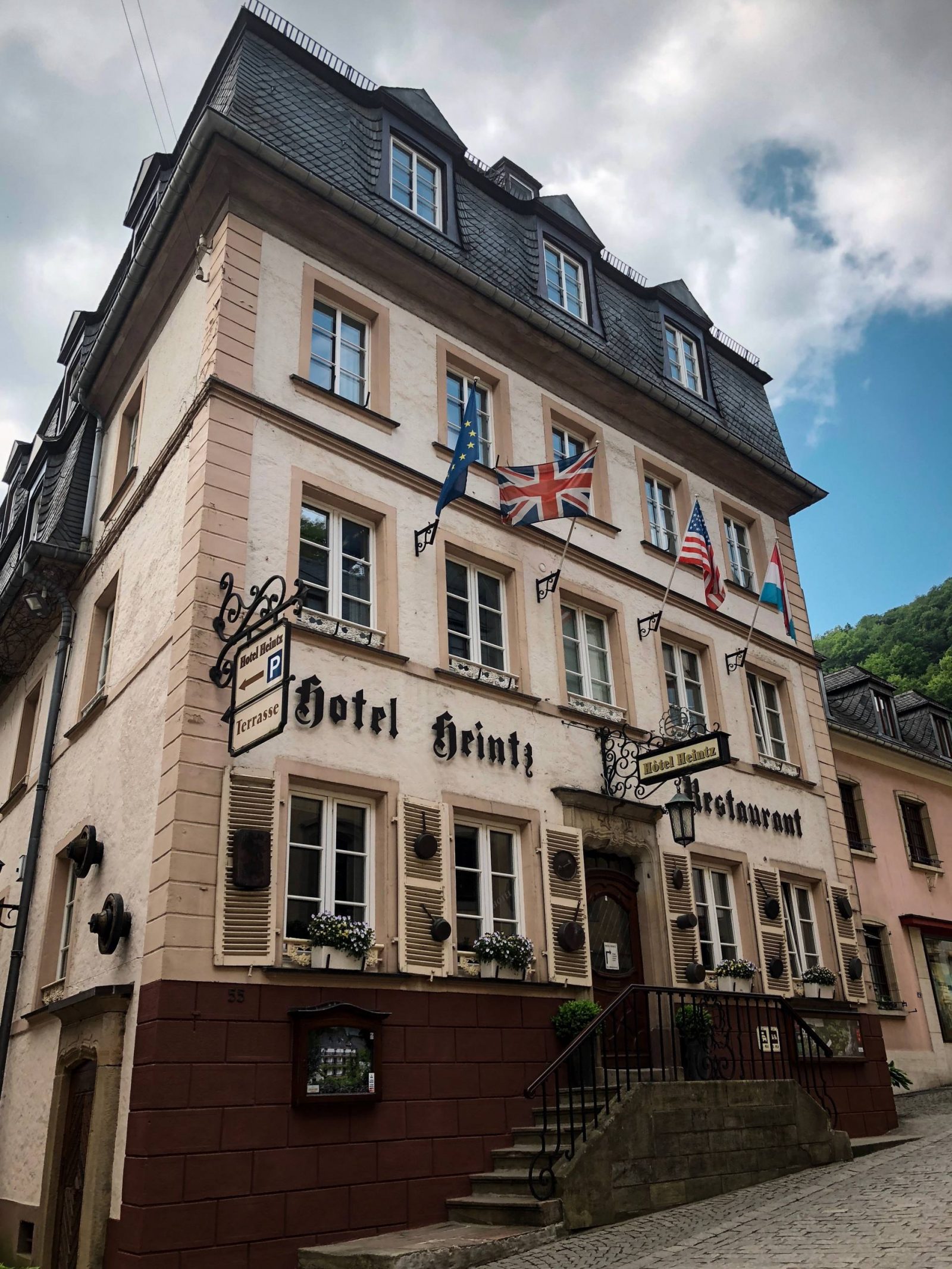 We wandered past the tiny shops, the tiny museums, the tinier houses and all the way up the massive hill to spend a few hours at the famous Vianden Castle.

Vianden Castle was built between the 11th and 14th Century on the foundations of a Roman castle and a Carolingian refuge. It is, by far, one of the largest and finest feudal residences of the Roman and Gothic eras in Europe. As the castle comes into view it’s simply breathtaking and has been said to look like Hogwarts, but I much prefer to think of it as the home of Dracula! 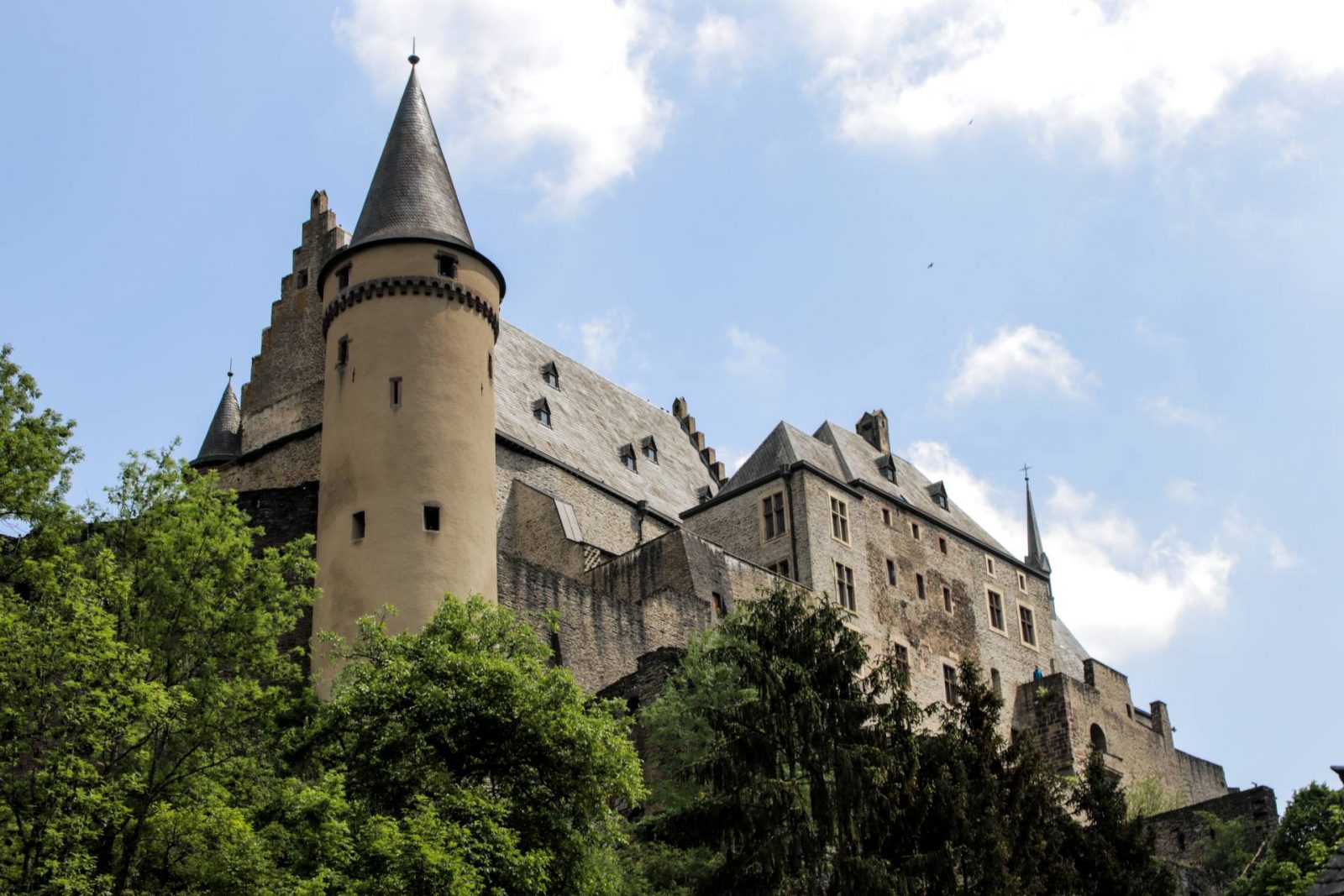 The castle has quite a colourful history with being the home to the Counts of Vianden, the German House of Nassau who also acquired the French principality of Orange creating the Nassau-Orange household and due to them selling the castle to a Vianden Spice Merchant who had the crazy idea of selling the castle piece by piece, even down to the roof slates leaving the castle to fall into disarray. Luckily fell back into the hands of the Nassau family and remained with them for almost 100 years, to then be left to the state. With the castle being in the hands of the state, they were able to lovingly restore it to its former glory and to have it open to visitors. 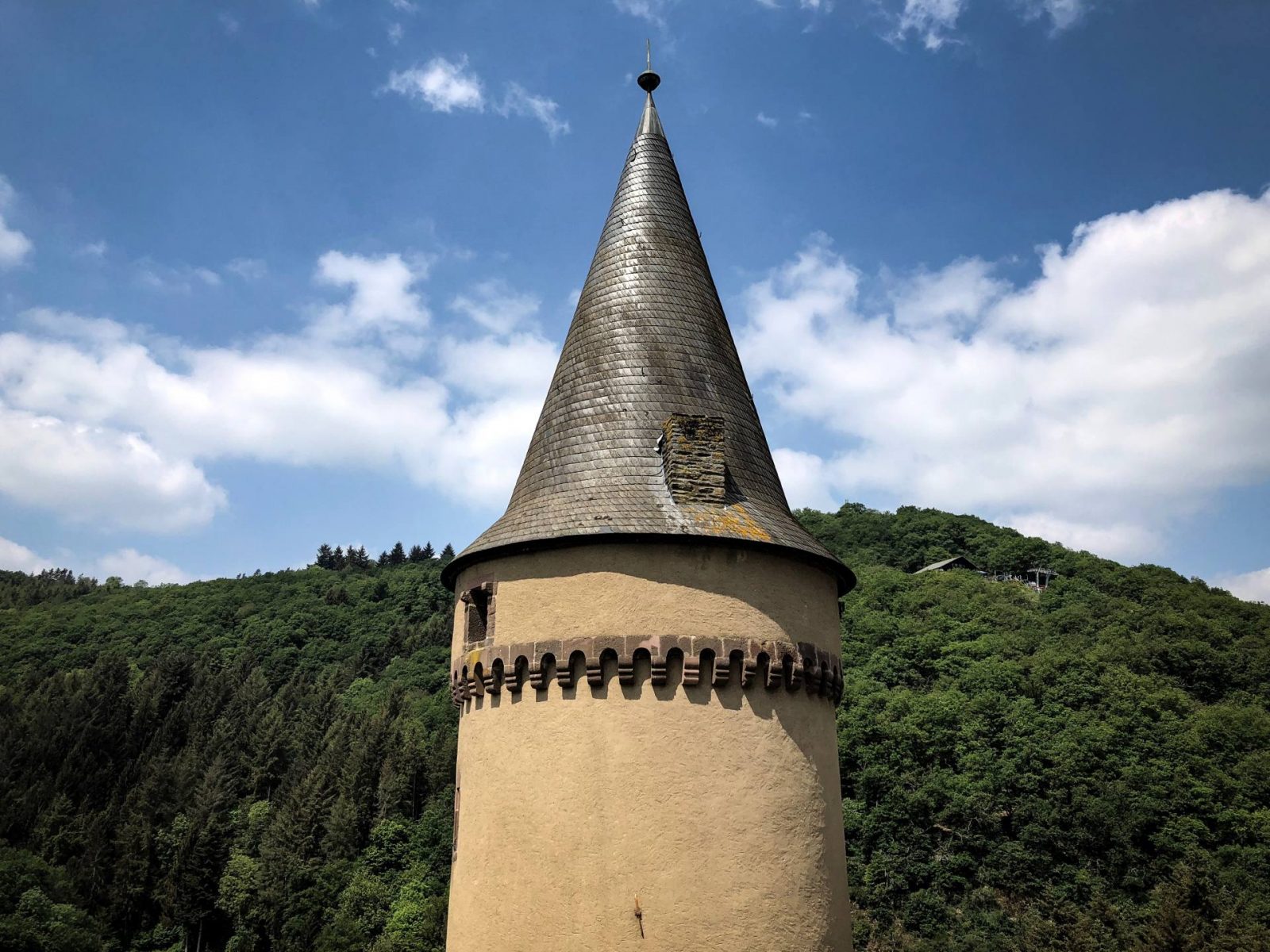 Entry into the castle is free with your Luxembourg Card but it’s worth paying the €2 each to have an audio guide to accompany your tour. We are such history geeks that we love to learn about every detail we can so we always grab an tour book or a guide to teach us more. You follow a route around the castle that’s clearly sign posted and there’s some incredible sights to be seen.

There is a shop and restaurant in the castle grounds but we wanted to go and eat locally to try their cuisine. We wandered back down the hill to see what foodie place took our fancy. We did think we were going to struggle a little as all we were walking past were little cafes selling touristy pizzas and we really didn’t want that. 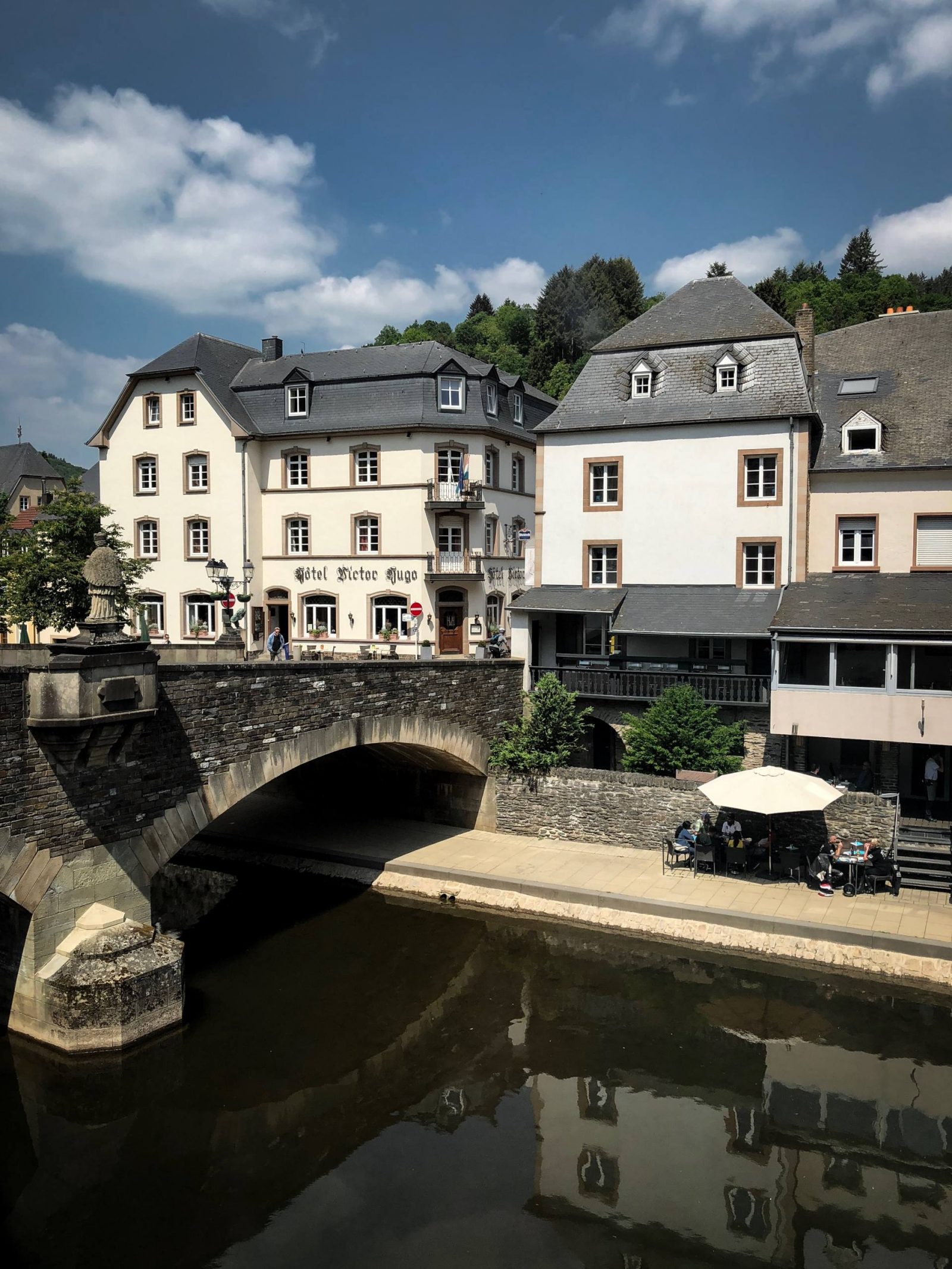 But we finally found Cafe Du Pont down by the river and we decided the menu took our fancy. Walking out to the conservatory of the restaurant we were greeted by the most fabulous view (pictured above). We sat and people watched whilst drinking steins of beer that were as large as my head and munching on some amazing food. Mike had a full rack of ribs that was probably enough to feed two people and I had schnitzel with onion as the area was rather German influenced with food so I had to give it a go. We both really enjoyed our meals and by the time we had finished it was time to make the journey back into Luxembourg City so we could enjoy our evening without working about bus times.

Vianden is totally stunning and well worth the bus journey to it. We had a lovely day sightseeing, watched some cute doggos frolicking in the river and had a really good filling meal; what more does a girl need on holiday?!

Share:
PREVIOUS POST
"How to Spend 36 Hours in Luxembourg with a Luxembourg Card *"
NEXT POST
"Where to Eat when Visiting Luxembourg City and Vianden, Luxembourg"
0 comments so far.