A few weeks back I was treated to a day of cookery with Danilo Cortellini, the head chef at the Italian Embassy, Crosta & Mollica who supply the finest bakery products and artisan specialities that Italy have to offer over here in the UK and the Waitrose Cookery School in King’s Cross.

I always worry that I’m going to make a fool of myself at these cookery schools as I’m a little clumsy in the kitchen, make a hell of a lot of mess and like to improvise rather than following recipes properly. I’ve never had any complaints from my cooking but I do think I could be so much better if I really put my mind to it. This day totally proved that!

Arriving at half nine for a few slices of toasted Crosta & Mollica Pane Pugliese with jams and a large glass of water as it was far warmer on the trains that I thought it would be! We met Danilo and his wife who are just the loveliest and the team from Crosta & Mollica and the chefs from the Waitrose Cookery School that would be there to help when we got hands on. 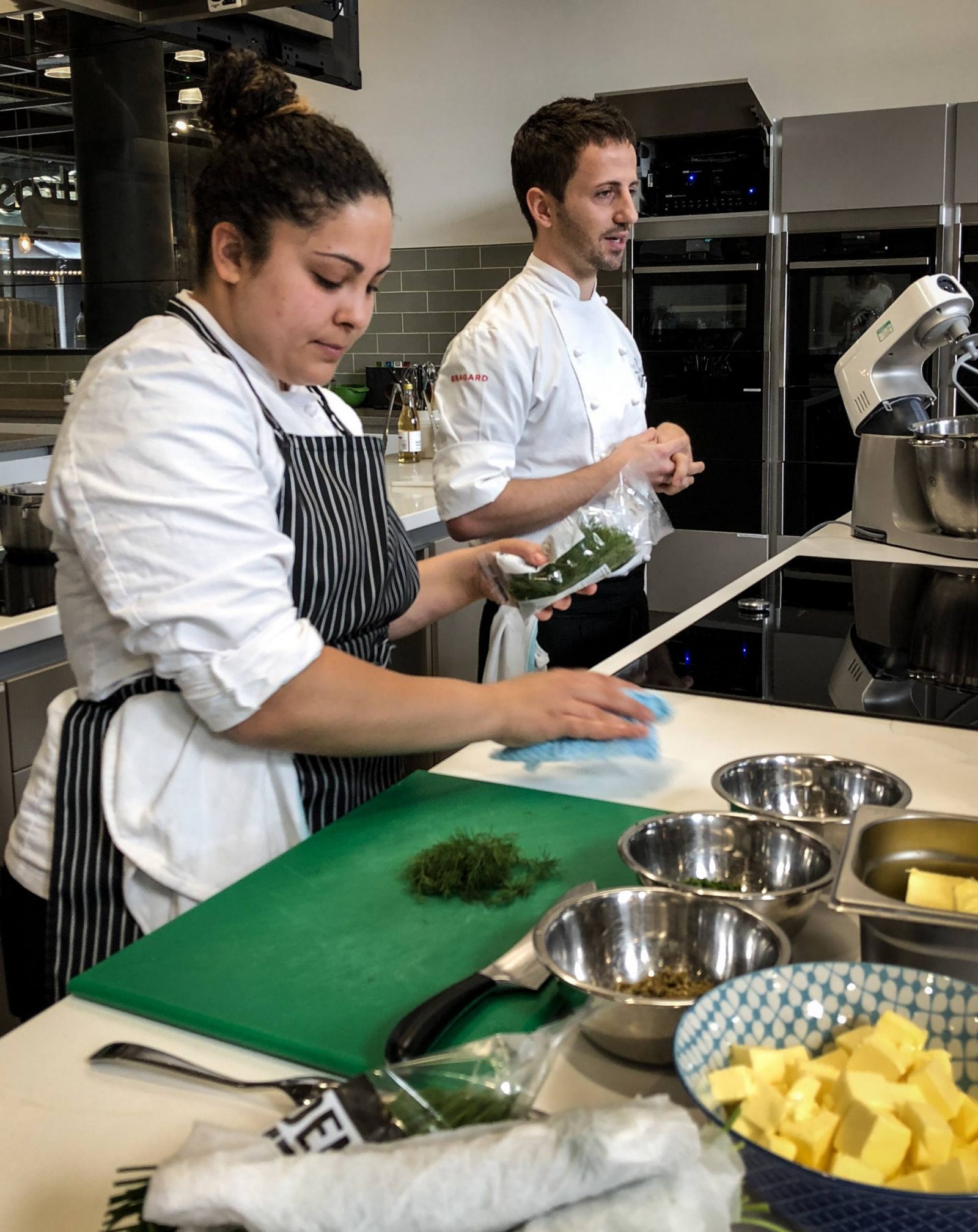 We first watched Danilo prepare three types of Antipasti’s that are perfect for a dinner party as they can be pre-made before your guests arrive giving you more time to socialise which I much prefer if I’m ever hosting. I hate being in the kitchen getting sweaty when everyone else is drinking and laughing! 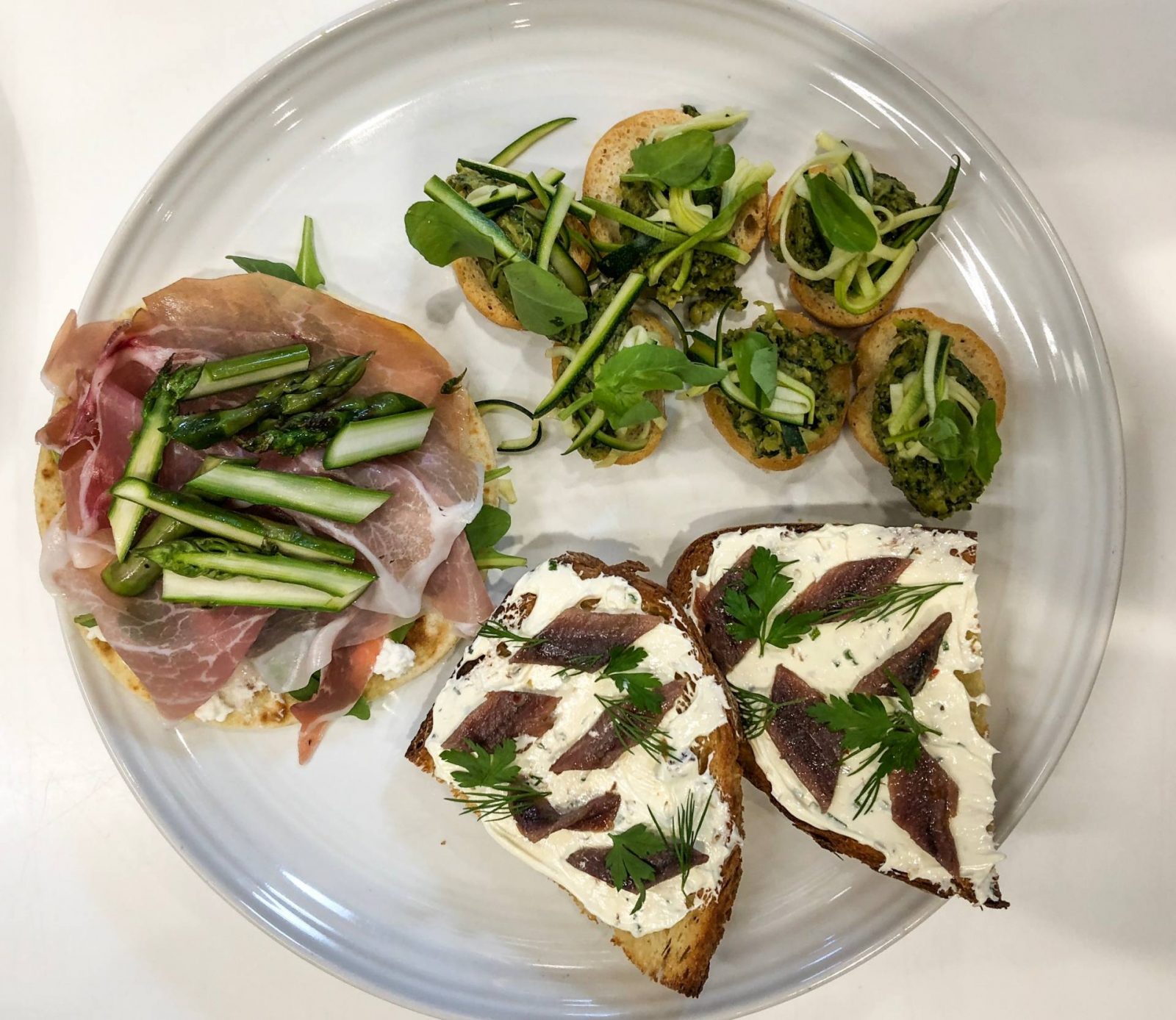 We were then up to make our own antipasti’s using Crosta & Mollica’s Mini Paida, some more Pane Pugliese and some Crostini Oregano. We made our own courgette pesto to top the Crostini, we topped the Pane Pugliese with homemade anchovy butter, slices of anchovies and dill, and the Mini Paida were topped with ricotta, jamon serrano and some fresh asparagus. These are so many favours that I never would have dreamt about using or even trying.

We sat around with new found friends and devoured them pretty quickly. I behaved myself with a can of Sprite but the others certainly enjoyed their paired wine!

Now long after we were back watching Danilo prepare our main courses and I have to say, he’s such a joy to watch and be around. His happiness is infectious and his passion for cooking is so obvious that it make you want to take pride in what you’re creating. 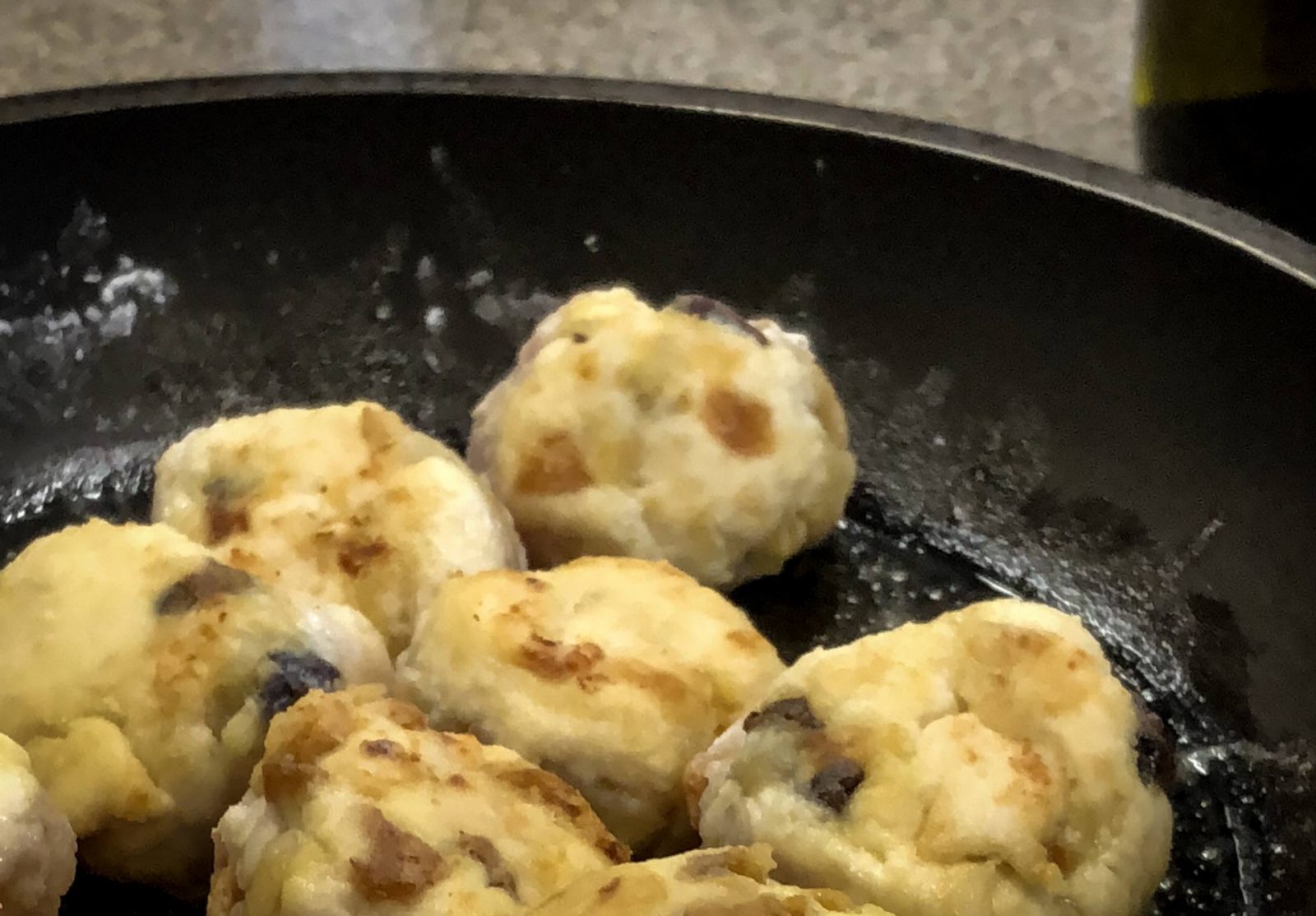 For our mains we made chicken meatballs from scratch with raisins and shallots. These were so easy to make and even easier to cook, that I’m going to have to make them at home with some pasta and homemade tomato sauces to impress Mike with!

We paired the meatballs with an amazing salad that was essentially tomatoes and bread called Panzanella! Any salad with bread in is a total win from me! We used the Pan Pugliese that had been toasted but in Italian traditions it would have been stale bread so it woudldn’t have gone to waste. The tomatoes, we used as many varieties that Waitrose had on offer, were mixed with olive oil, salt, pepper, garlic and rice wine vinegar, and then left to soak. Another great one to make pre-party so you’re not wasting time when you’re hosting! 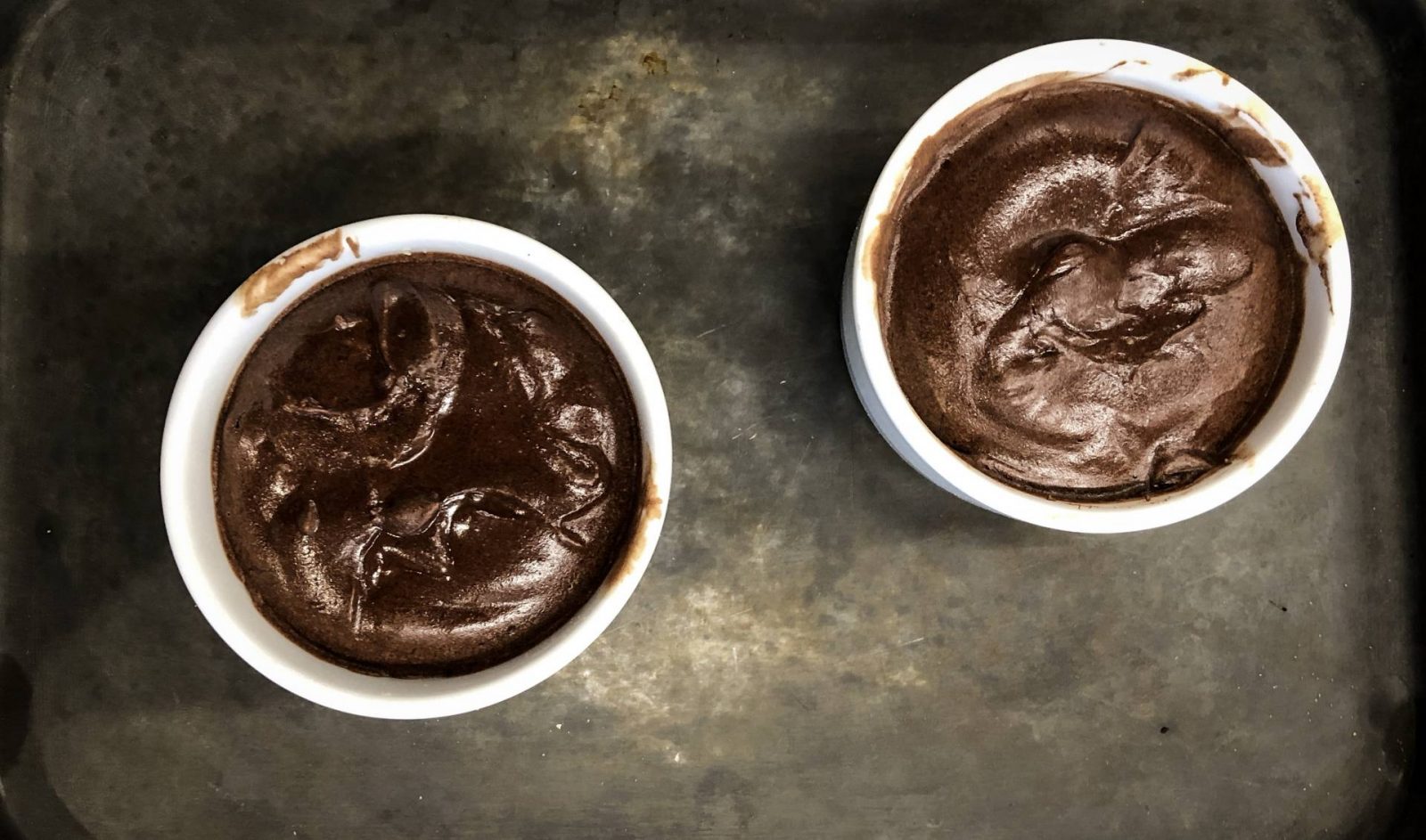 As if we had enough room left we made an incredible salted caramel cheesecake with a Mini Grissini base. I never thought about using anything other than Digestives as a base and I’m so glad that I got to try something new. This was such a lush dessert and I’m gutted that I couldn’t eat it all.

I had such a fantastic day and can’t wait to try some of the recipes in Danilo’s new book as I know they’re going to be great; I promise to follow them properly too!

Gelato Making at The House of Peroni,…

Share:
PREVIOUS POST
"Time Traveling Back 67 Million Years to see Dinosaurs in the Wild *"
NEXT POST
"A Graduate’s Guide to the Perfect Interview Outfit! *"
0 comments so far.