For anyone that knows me, they’ll know I’m a massive animal fan, that I support local animal charities and that I love feeding homeless dogs, in fact, I always carry a tin of dog food in my bag in case I see one, yes, I am that weird! Yesterday morning I was out in our car park in my pyjamas trying to save an injured pigeon like a crazy lady! I  just hate to see innocent creatures hurting, so you won’t be surprised to know that I have spent a good few afternoons down at Hopefield Animal Sanctuary in Brentwood, Essex! 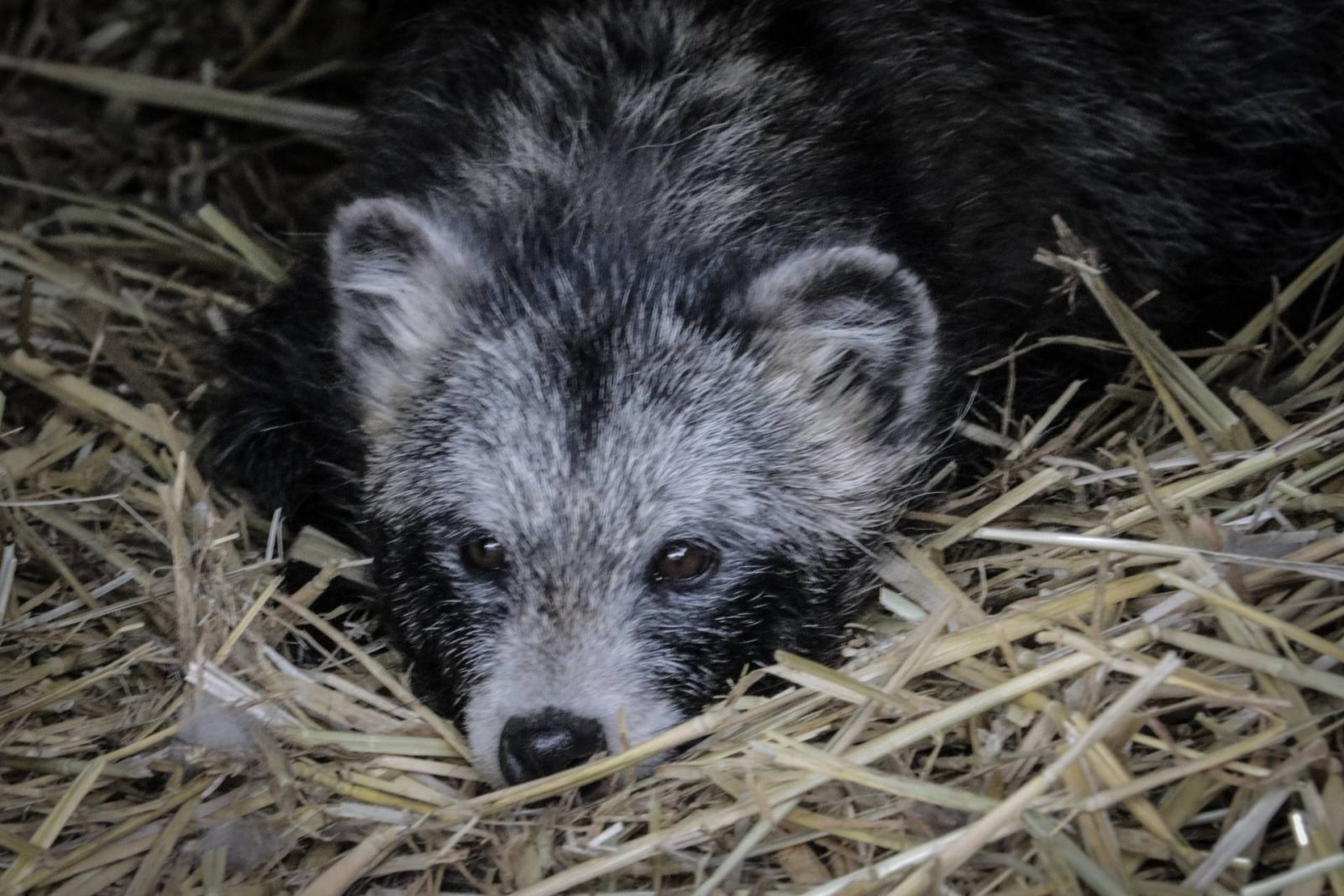 Hopefield Animal Sanctuary was founded back in 1983 by Paula Clark and her husband Ernie. It was on record as the coldest winter for twenty years and a story of ponies and cobs being abandoned by their owners on Rainham marshes had just hit the headlines. Paula, who was already raising money for other sanctuaries, was sitting at home in tears over the story of these poor horses being abandoned and mistreated, so when Ernie returned home from work, Paula had shown him what was going on and it was from then on that they promised to take action and help the animals that needed them. 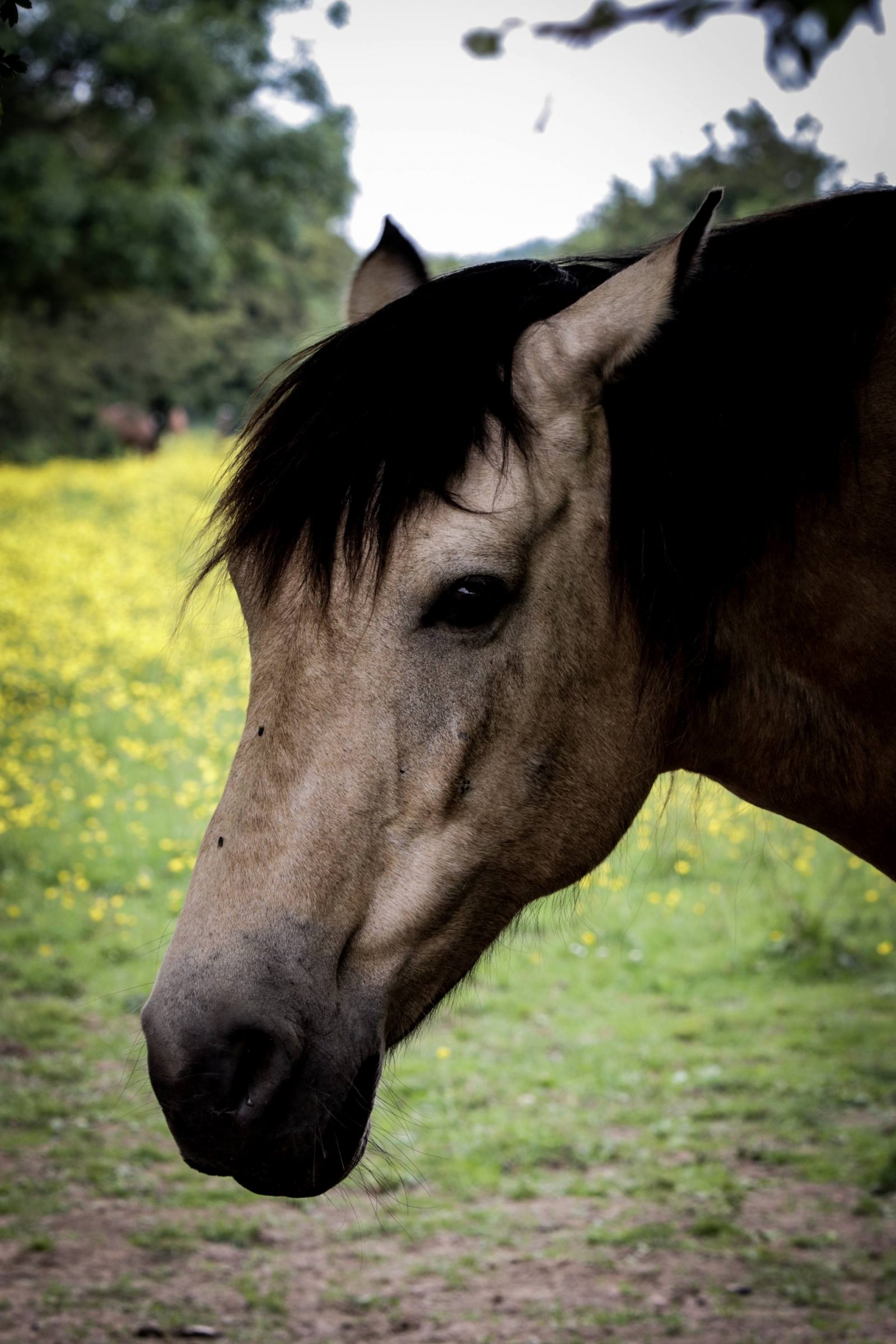 Paula and Ernie set out on their mission to save the horses by heading down to the marshes where sixteen horses were already dead and the others were starving. They took tanks of water to help rehydrate them, bales of hay and feed. and they even began to raise money to buy the horses and move them to other sanctuaries. It was at this point that they realised they had a dream of their own, and they decided to put a call out for some land to start up their own sanctuary where a lady from Pitsea had half an acre to offer so Paula and Ernie and that soon became the start of Hopefield. 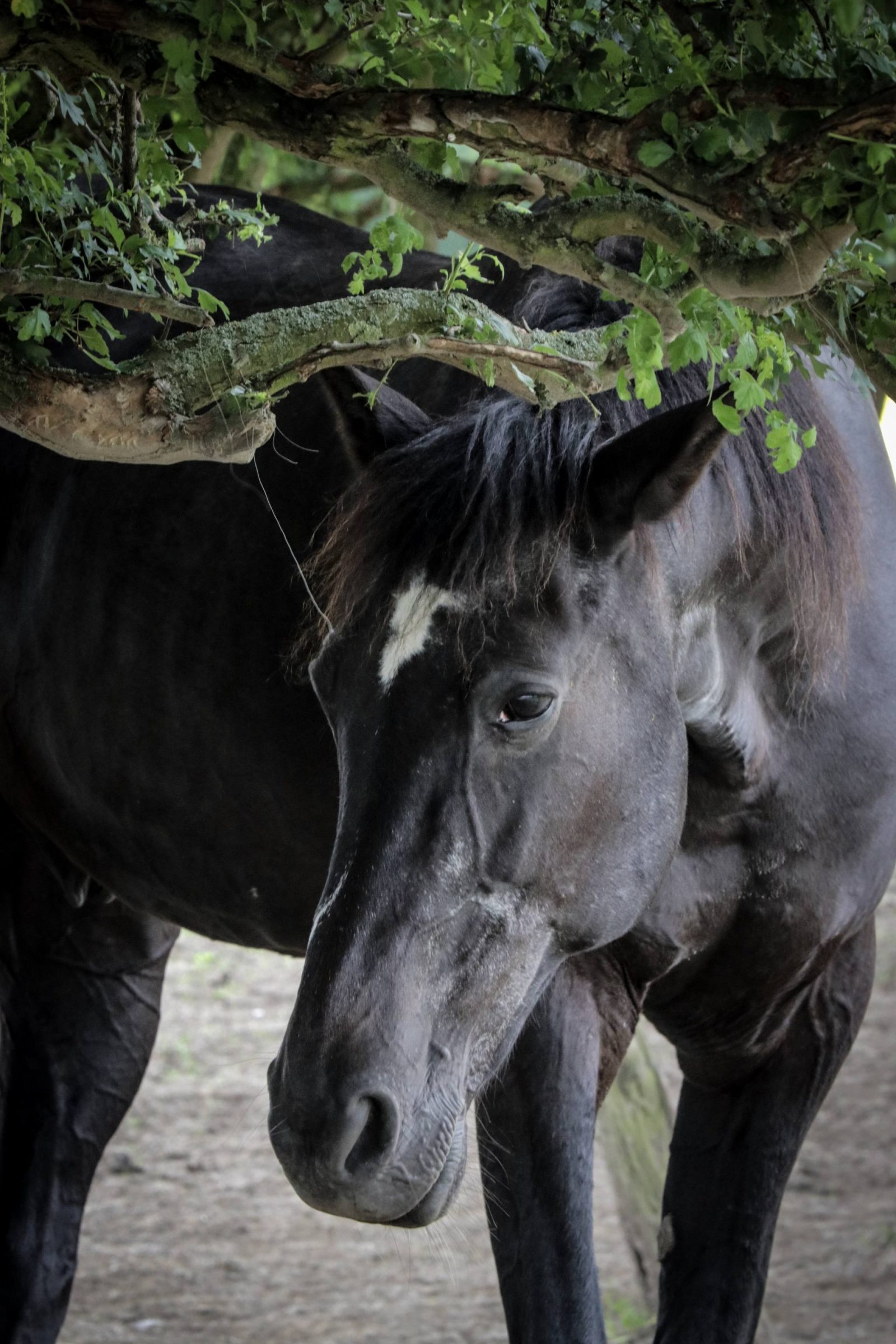 As the sanctuary grew Ernie and Paula both gave up their full-time jobs to focus on look after the animals that so badly needed them. As the number of animals in their care grew they soon had to move to a piece of land in Langdon Hills and were there for three years, but Hopefield was still growing so they knew it wouldn’t be too long until they had to move to an even bigger piece of land. Paula then had to ask around for a new, bigger piece of land and they came across the land that Hopefield sits on today which is owned by Tesco who kindly let us use it for very little rent, which has made me glad I do my weekly shop from Tesco! 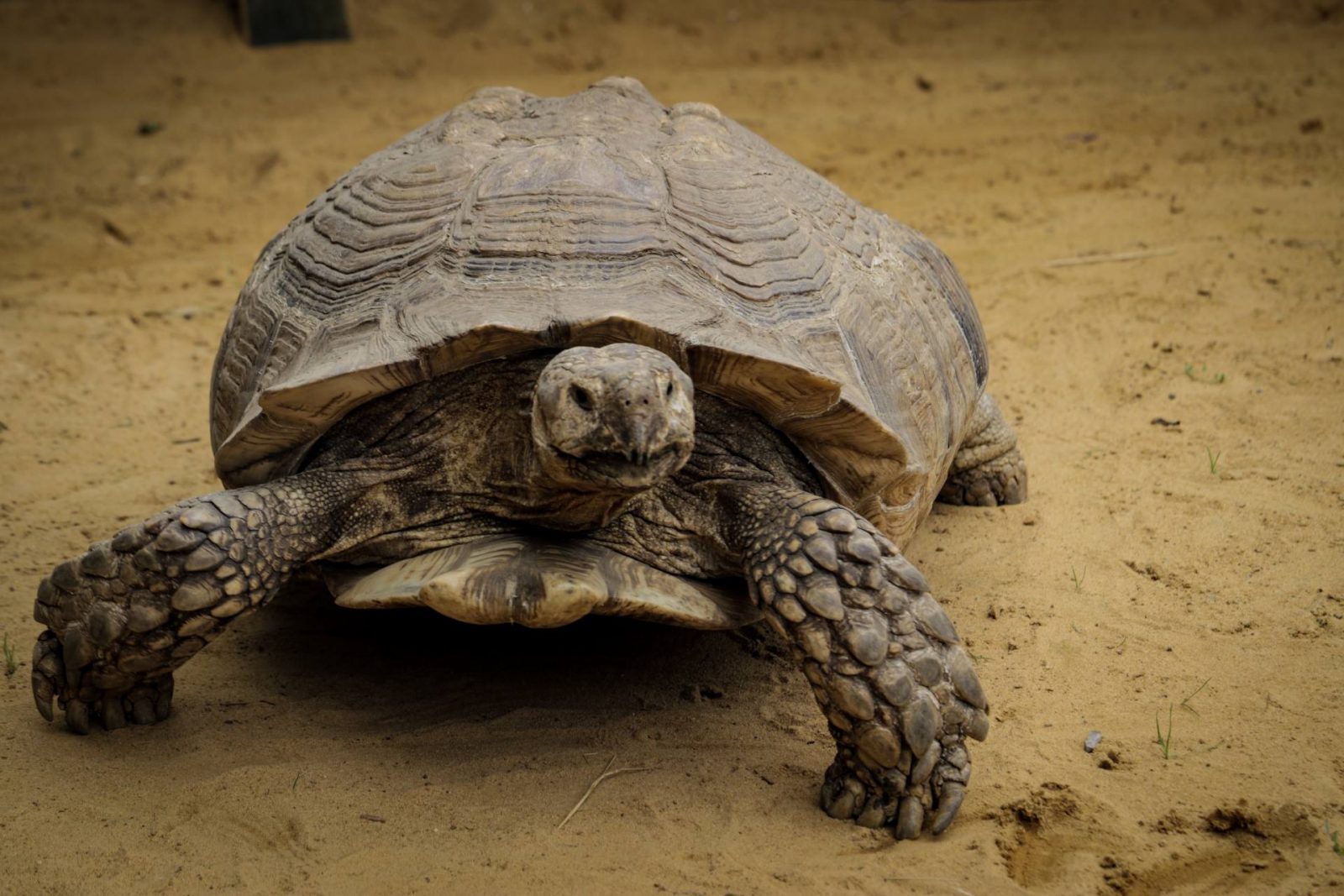 I recently spent an afternoon with the team from Hopefield having a private tour, with Dave the Director and Lianne the General Manager, to find out more about what goes on behind closed doors, where the animals all came from and for a rather lush afternoon tea, but more on that bit later! 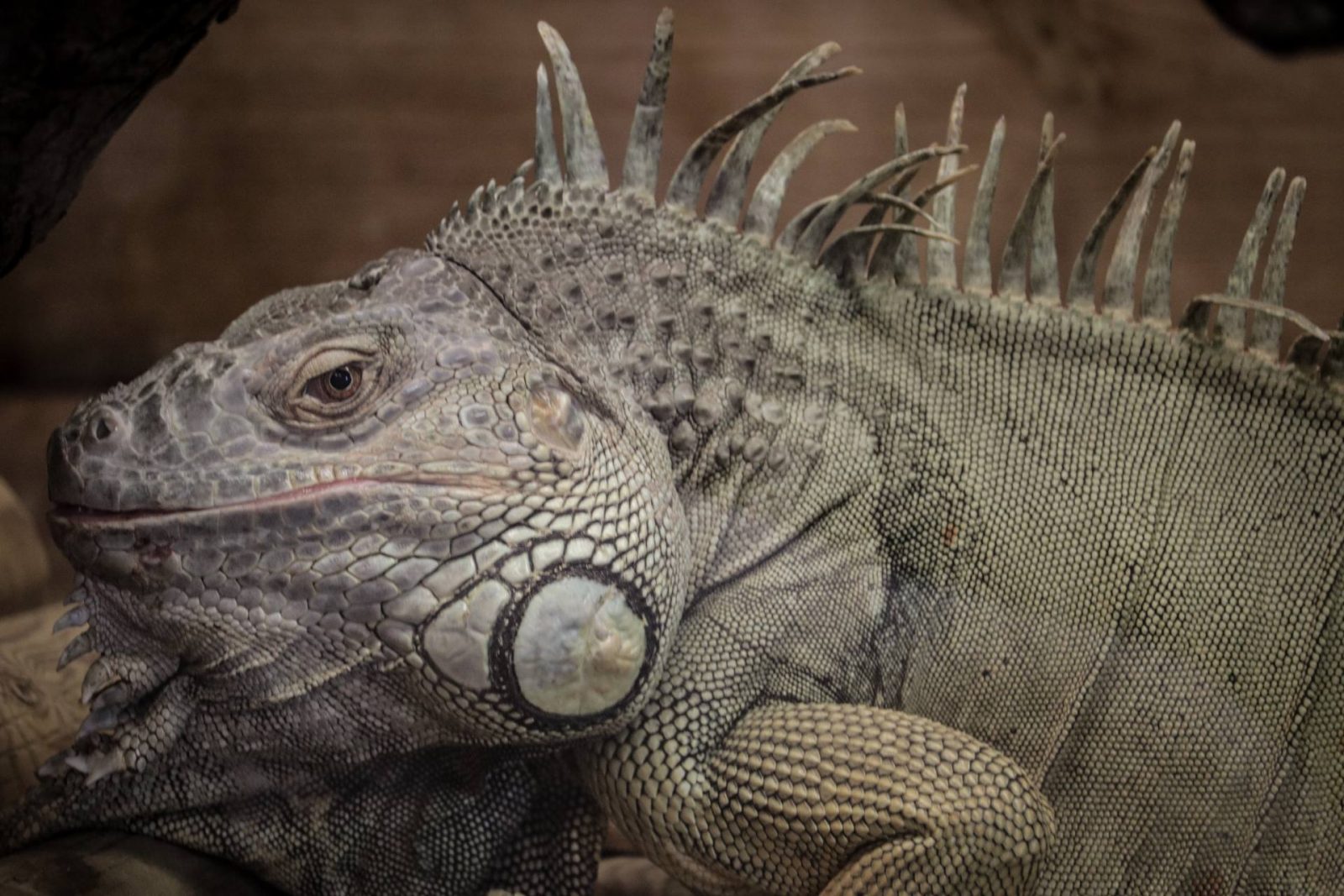 Hopefield now has over 70 horses, a reptile room that is filled with some very majestic characters and they have also taken in many exotic mammals including Raccoons, Tankui, a skunk, Marmosets and many more. They also have a large section of birds now including owls, parrots, pigeons, and cockatoos! 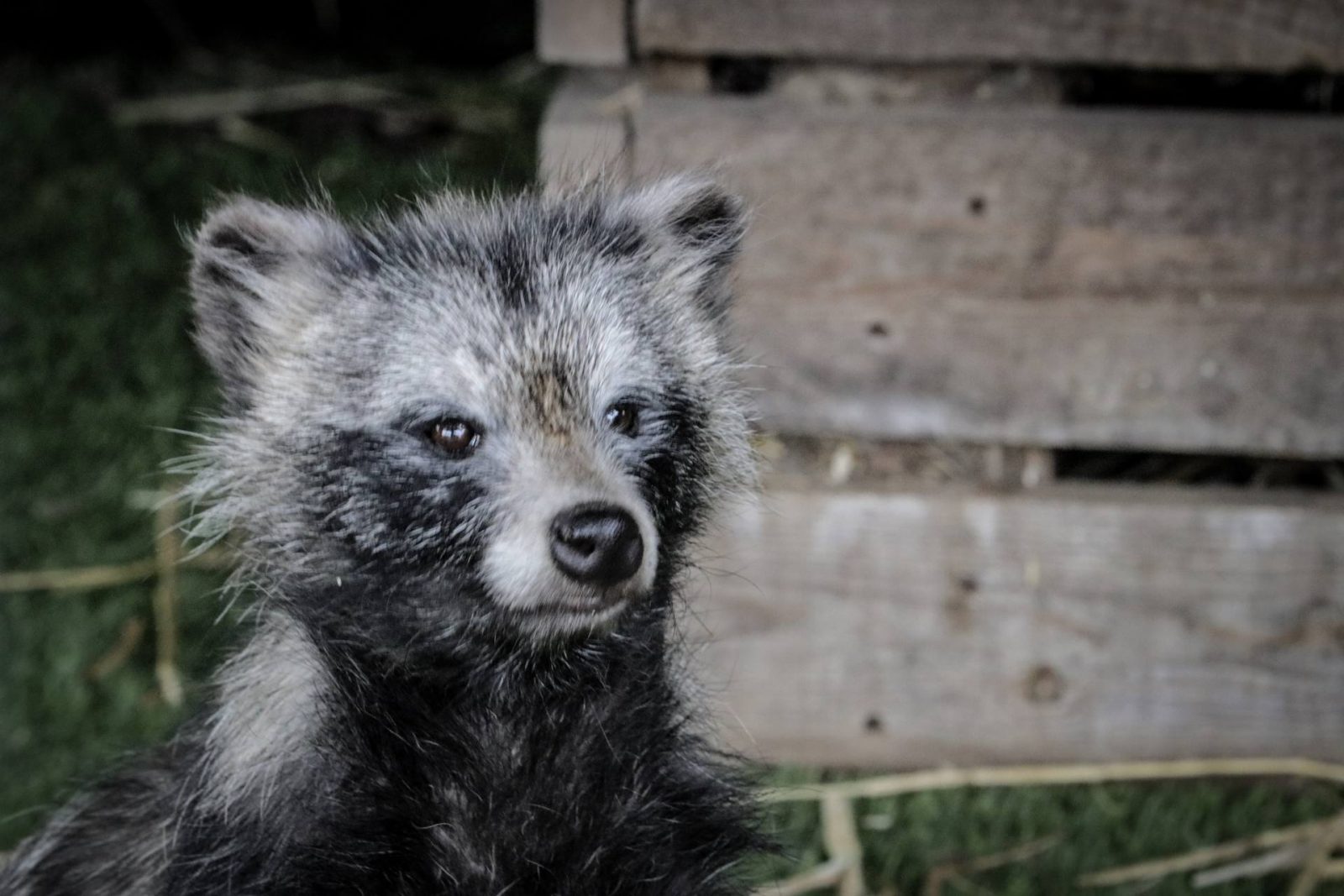 From seeing all of the animals and hearing how they end up at Hopefield, which tends ot be people not researching animals as pets properly and deciding they no longer want them, has made realyl think about how daft humans can be! I mean, who would think a Raccoon Dog is a great idea to have a pet?! Yes, they’re cute and they look like Rocket from Guardians of the Galaxy but trust me, you’re far better off getting a normal dog as a pet, but do your research first! 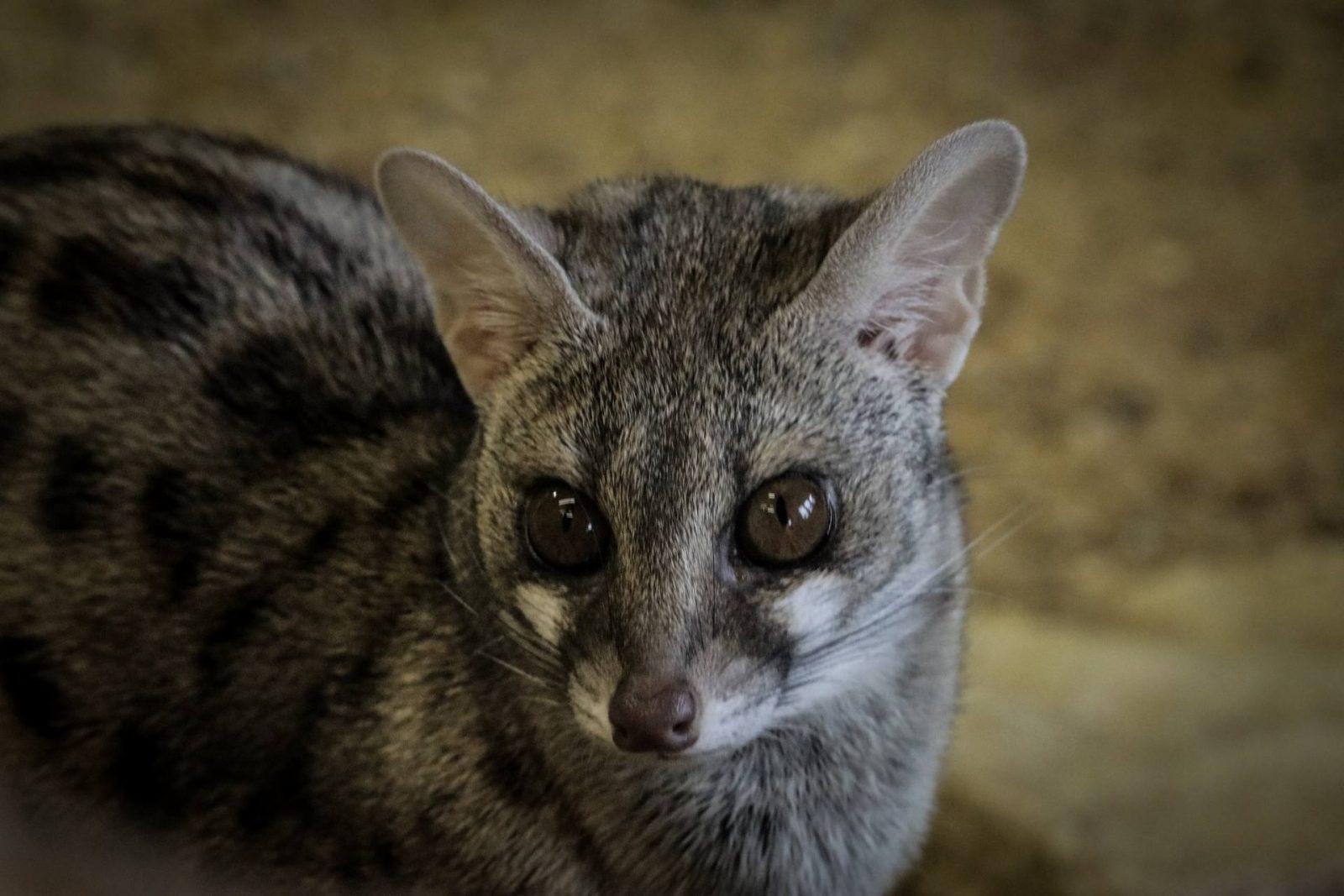 It really pains me that people just go out, buy an exotic animal with no research and then when they’re bored just hand it over to someone else to have. Having a pet isn’t about that; it’s about a forever home, lots of love and looking after them properly! But enough of my moaning, and onto some really great vegan food! 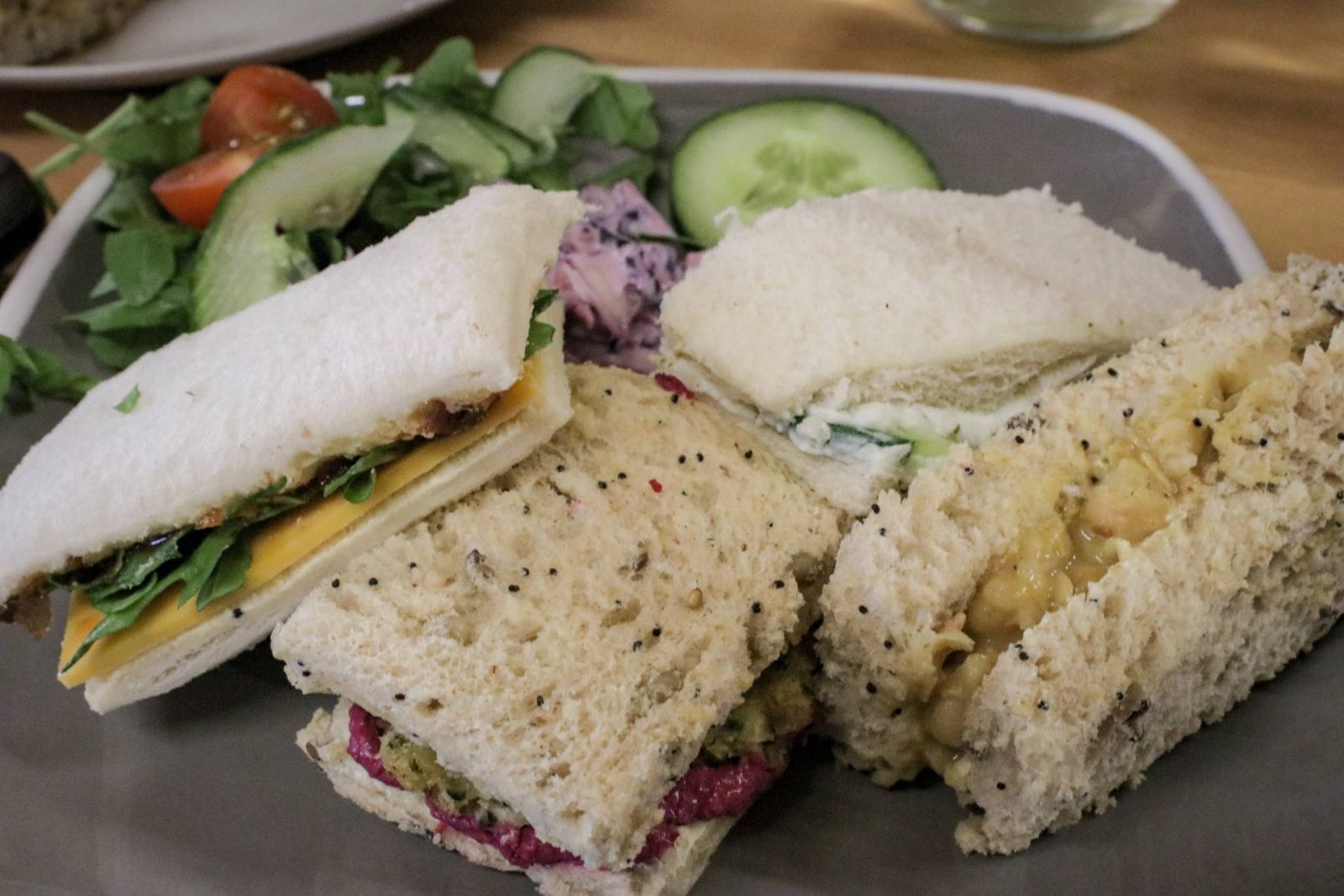 The ever so cute Hopefield Tea Room is fully vegetarian and vegan, obviously and the selection is so good there that on my first visit I didn’t even notice there wasn’t meat on the menu! On this trip, we were treated to an incredible vegan afternoon tea that totally blew my mind! We had vegan cheese, beetroot hummus, coronation chickpeas and very traditional cucumber sandwiches. I think my favourite was the beetroor hummus and I’m determined to make my own to rival it! We also had scones with the most amazing vegan clotted cream ever!! 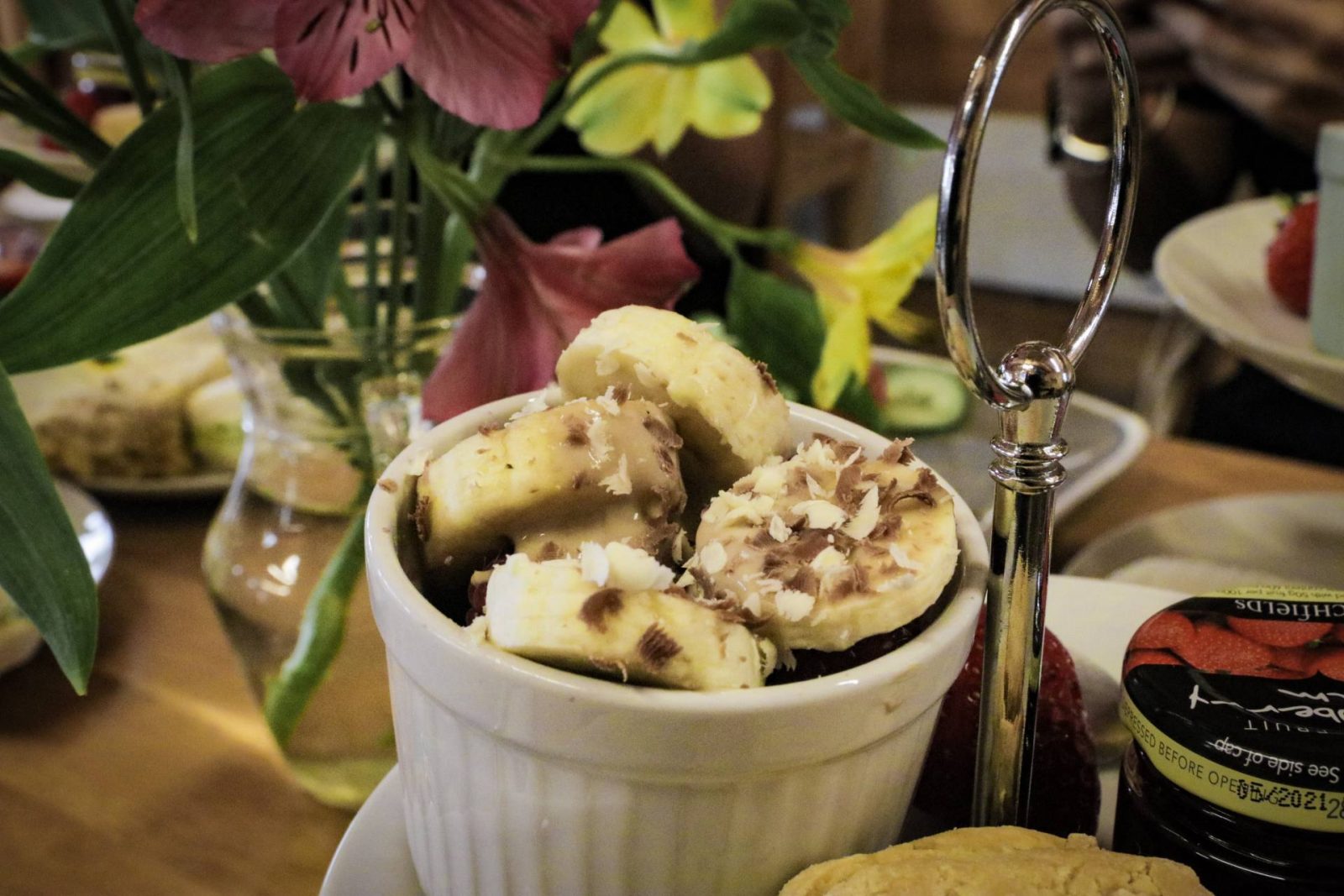 One of my favourite parts of the afternoon tea was this amazing banana, coconut and chocolate pot that I would eat time and time again. I’m going to have to use that as an excuse to go back right?!

I can’t put into words just how amazing this place is. I’ve taken friends, told family who have taken friends and had those friends take family! I love everything they do and can’t thank them enough for all of the hard work the team put in there, they really are modern day heros!

Raise a Glass to Essex!

Share:
PREVIOUS POST
"What do I Pack in My Hand Luggage for a Short Haul Trip? *"
NEXT POST
"Classy Dining at The Ivy, Winchester *"
1 comments so far.