Cider Tasting and Pizza Dining at The Stable, Winchester *

I love The Stable, which is an odd one for me as I’m not normally one that buys into chains, but The Stable have it sussed. They feel like an independent, one-off restaurant that really have put their everything into making their food and drink spot on. One thing I love about The Stable is the attention to detail of what they’re offering you, whether it’s the amazing pizza toppings, the cider masterclass or just the decor of the venue, you leave feeling dead chuffed for having picked to go there,

We were taking part in the Cider Tasting Experience which I was dead excited about as I am such a cider drinker! I’m all about trying craft ciders, learning how it’s made and obviously drinking it!

The experience we were treated to was the Ultimate CIder Experience, in a more condensed form as it was 2pm on a Friday and we weren’t quite ready to handle a full 10 ciders! 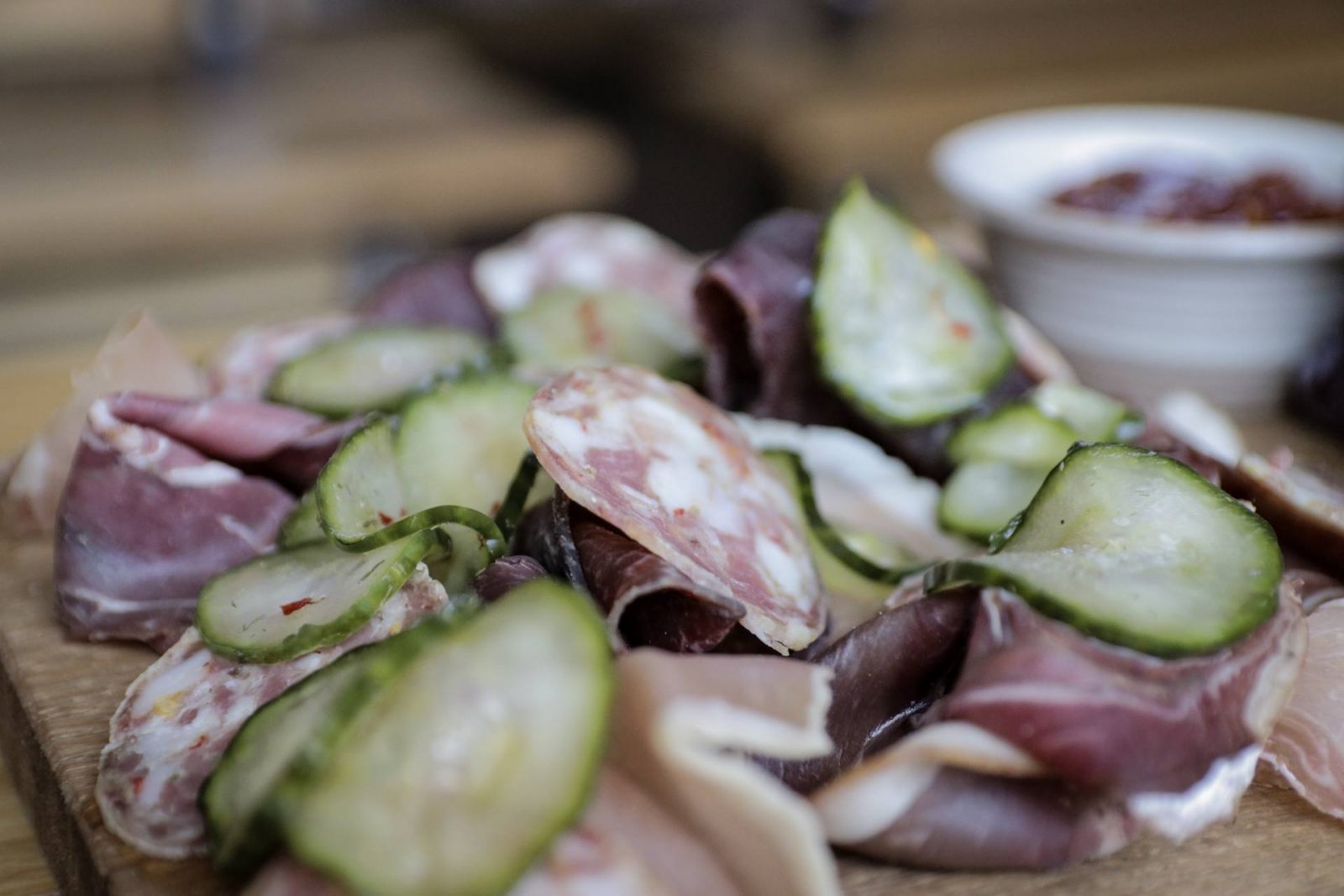 With this experience, you get to try Keeved ciders with cider brandy which is served with an artisan cheese and charcuterie board, pizza & brownies. The meat and cheese board you get is beyond words, I’d seriously just go back to have that with a few of the proper good ciders we tested! Because they buy their cider from real, craft producers, the cheeses from local artisans and the meat comes from the best farms in the country which you can 100% tell when snacking away. Even the garlic butter was proper dreamy! 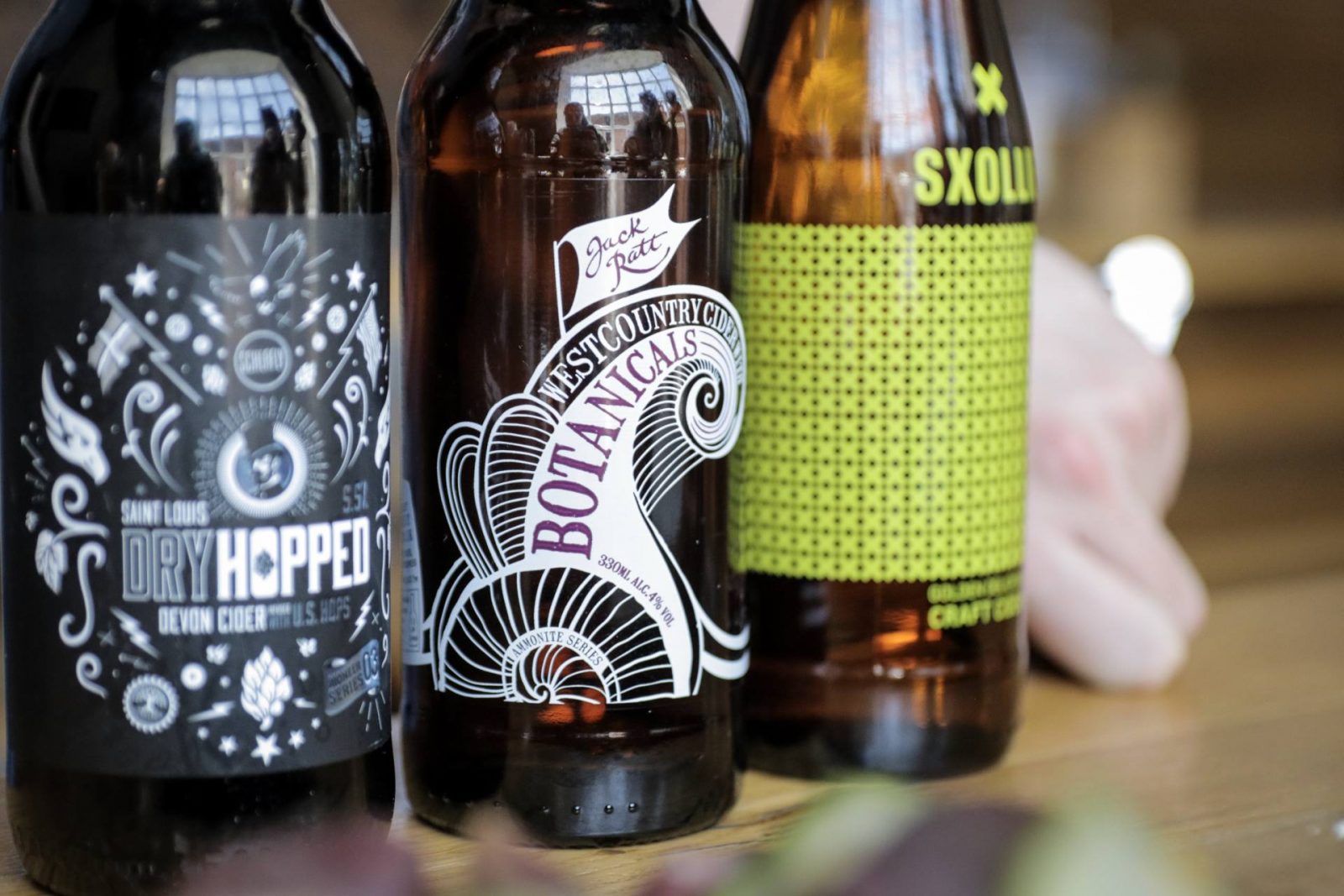 We tried a good few ciders varying from homemade by the cider masters of The Stable, through to ciders made with hops and ciders to rival the classic Gin & Tonic fever that’s sweeping the nation. Being the wally that I am, I left my tasting notes on the table as I’d eaten and drunk so much I practically had to roll back down the stairs to leave.

But what I do know is that we tried ciders I’ve never heard of before and that I’m no longer going to be drinking your bog standard cider that pubs have to offer. I’ve been educated enough know to now that there is some proper good craft cider out there!

The Saint Louis Dry Hopped Cider comes from Devon and was born out of a chance meeting between their cider maker and godfather of US craft brewing Dan Kopman of Schlafly Brewery at a drink event. The cider is expertly infused with Ella and Willamette hops just as a beer would be which gives the outcome a floral and citrus aroma that leaves you with a hoppy beer finish. It was mind opening and bloody good!

The Jack Ratt Botanicals is another West County Cider, as The Stable like to keep it close their HQ, and it’s created with the traditional gin notes of juniper, angelica, and coriander making it a real summery, light cider. This is the kind of cider that will make cocktail drinkers become cider drinkers!

We tried light sparkling ciders that would rival my love for Prosecco. We tried heavy, homemade ciders that are really what cider is all about for me. We tried cider from South Africa called Sxollie which blew my mind. So what is Sxollie, it’s from the English word “scallywag” and I am a little in love with their Golden Delicious cider. It’s won plenty of awards and I can totally see why.

Our Cider Master, Matt, was so filled with info that I feel I could have exploded with new cider info and I really hope I’ve remembered most of it so I can spot a decent cider when I’m out drinking next! 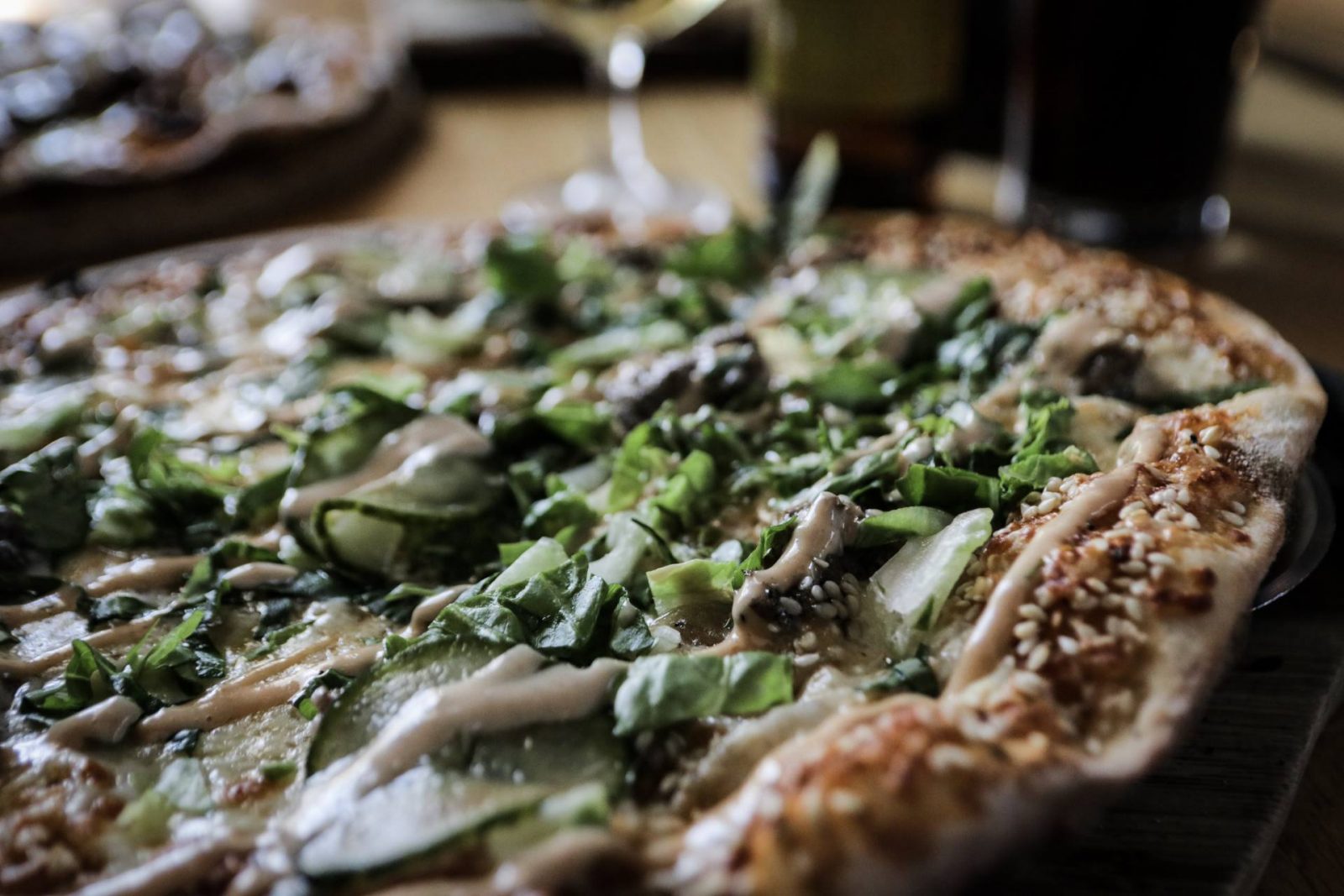 We then had to pick a pizza which is never easy from The Stable menu as they all sound incredible! I finally made a decision and I was living the pizza dream. The Royale with Cheese is literally the lovechild of the best burger and best pizza you’ve ever eaten. It’s made with marinated Longhorn ground beef, white onion and cheddar on a sesame seed
crust, finished with shredded baby gem lettuce, house pickles & burger sauce. It’s the dream. I was totally gutted when it came to end.

The Stable has so much to offer so get down, get cider drinking, get pizza eating and get thanking me later!