So it seems from my most recent blog posts that when I popped down to Winchester all we did was eat, and I’d like to confirm that. We did just eat, eat, eat and eat, oh and drink! I have zero complaints about weekends like these but as soon as I’m home I’m back on my Slimming World to get myself back in the game and feeling good about myself!

Our final evening meal in Winchester was spent at Turtle Bay dining on their lush Caribbean foods and to make the most of their 2 for 1 cocktails which are available until 7PM every day
and the after 9.30pm during the week and after 10pm of a weekend! 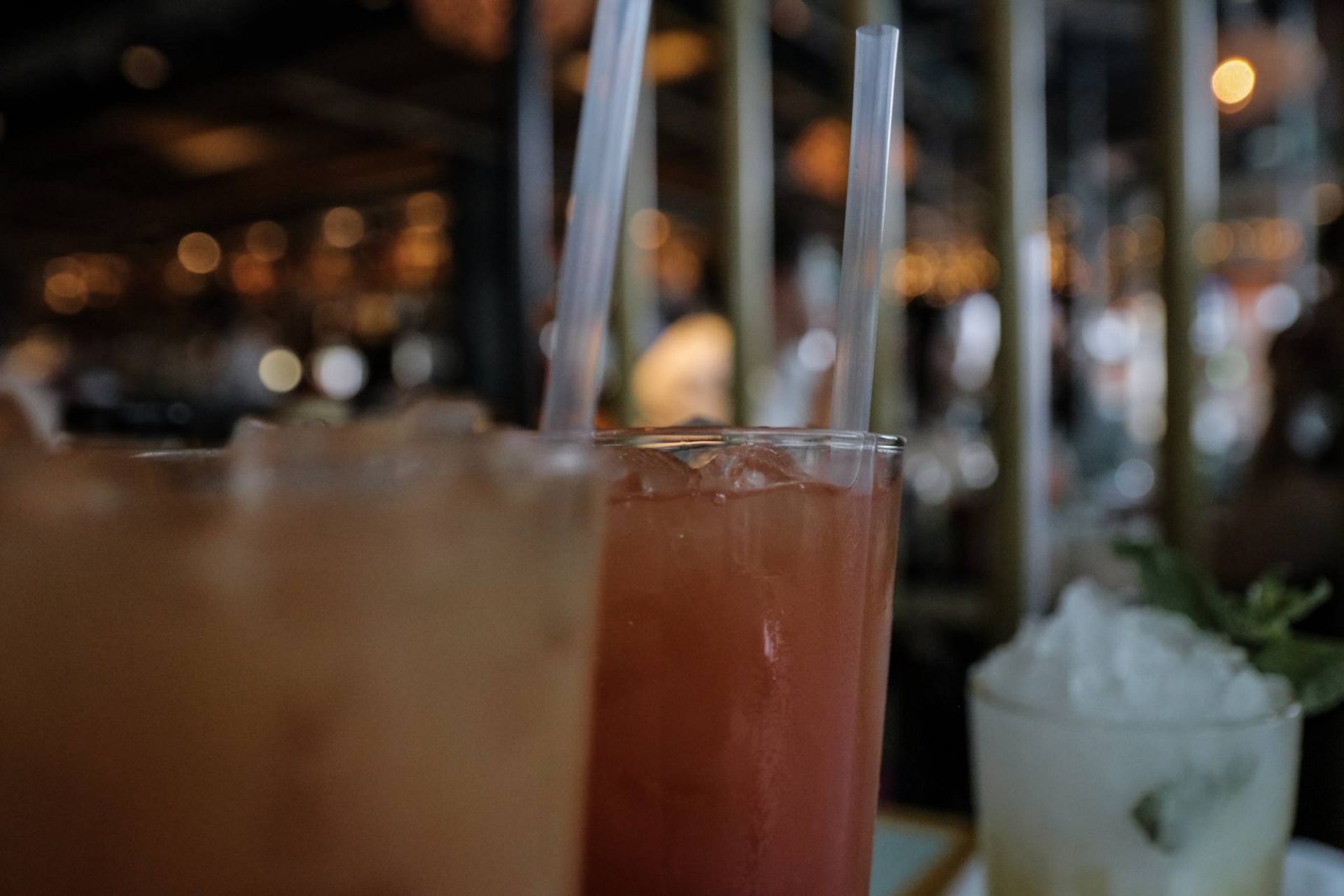 I had the Bahama Mama cocktail which is made up from Koko Kanu coconut rum, banana liqueur, pineapple juice, pomegranate syrup with bitters and it tasted just like summer in a cup! I always order a cocktail with the Koko Kanu coconut rum in whenever I go to Turtle Bay as it’s something I love but can’t buy myself as I think I’d just drink it too quickly, so I like to ‘treat’ myself when out! I’ve also had the Koko Colada which is great also, but as it’s quite heavy I skipped it whilst I was eating as it’s more like a dessert based creamy drink.

We didn’t go for starters as we fancied having sides with our mains instead as we had spotted some that really took our fancy! 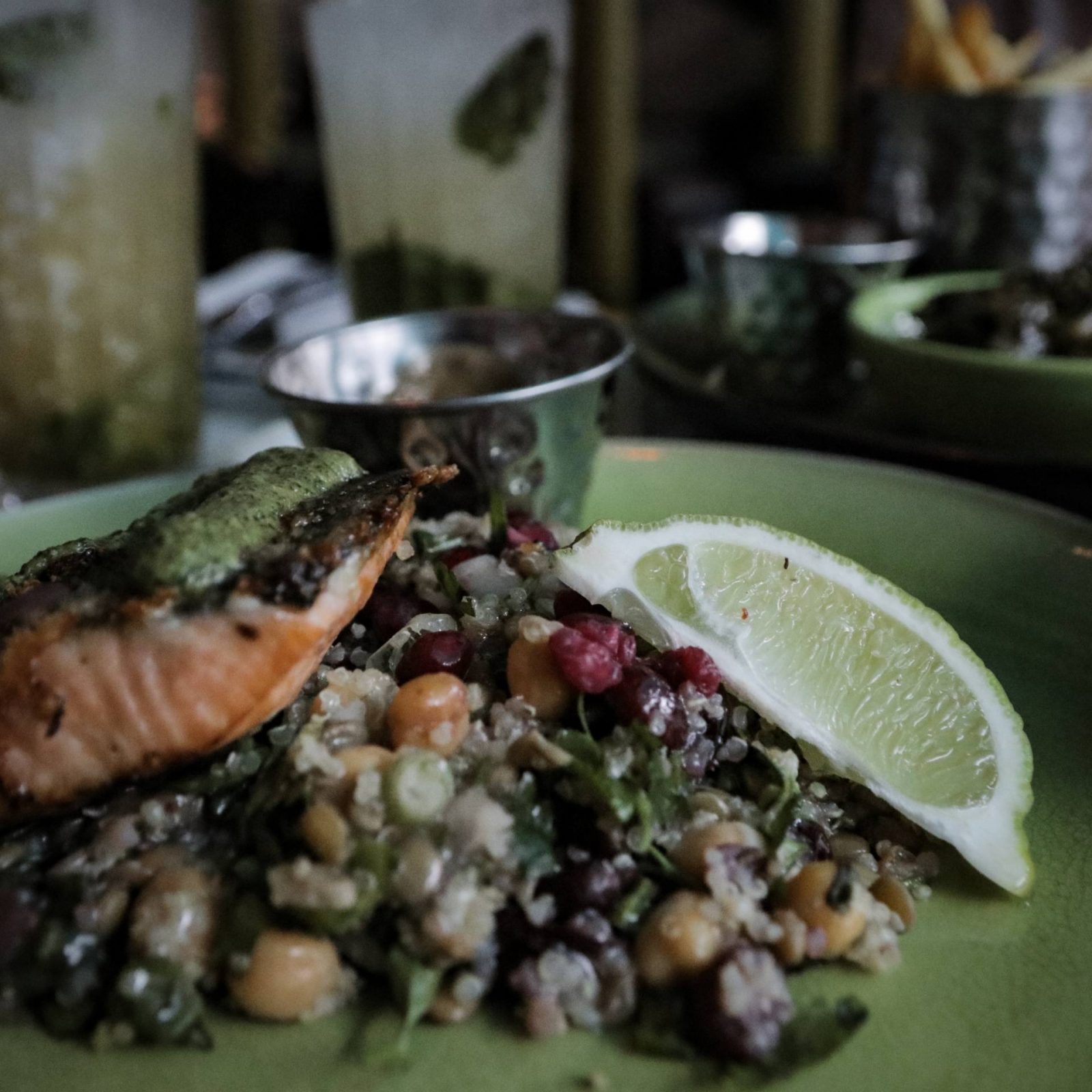 For mains, I had the Jerk Pit Salmon which was crispy skin fresh salmon steak, sweet onion chutney, green seasoning and a four grain salad. I went for this as I bloody love jerk dressing but didn’t want a really heavy meal like Lamb Rump so I thought salmon with jerk would something great to try! I went for the creamy coconut jerk as I didn’t want to be too overpowering with salmon and it worked perfectly. It worked really well with the onion chutney too.

We had jerk halloumi as a side which was so good and will be something I will 100% be trying at home as I had no idea they’d work so well together! I also had a side of Caribbean spinach which was properly spicy, but awesome that actually came with Hayley’s prime grilled sirloin steak, that also came with spiced fries, green seasoning, sweet onion chutney and jerk sauce.

After all that jerk my mouth was a little on fire so I just had a couple of scoops of vanilla ice cream which did the job perfectly! I do recommend the Upside Down Rum Cake which is a warm golden mellow rum cake served with rum caramel and vanilla ice-cream as Hayley loved it and I’ve had it previously!

The atmosphere is always lively, the staff are always really friendly and the food is always top notch so I can always vouch for a good night out when Turtle Bay is involved! Even if you’re not hungry stopping by for their cocktails is always well worth it too!

Four of the Best Pre-theatre Menus in…

Share:
PREVIOUS POST
"Cider Tasting and Pizza Dining at The Stable, Winchester *"
NEXT POST
"Where to Eat and Drink on a Trip to Leeds *"
0 comments so far.