Where to Stay in Leeds Town Centre *

As you will have seen from my last post or on my Instagram Stories, I recently spent a couple of nights in Leeds visiting friends. I traveled up by train with Hayley from London’s Kings Cross to Leeds station in jut over 2 hours for £40 return which I thought was dead speedy and great value! We wanted to stay near to the station as it meant everything we had planned was just a short walk away, so we got ourselves on Laterooms to find a bargain!

We ended up going with The Queens Hotel which is next door to the station, but you can’t hear or feel the train. The Superior Twin Room in which we stayed would have worked out at £125 each for two nights, breakfast and an early check-in as we arrived before midday. 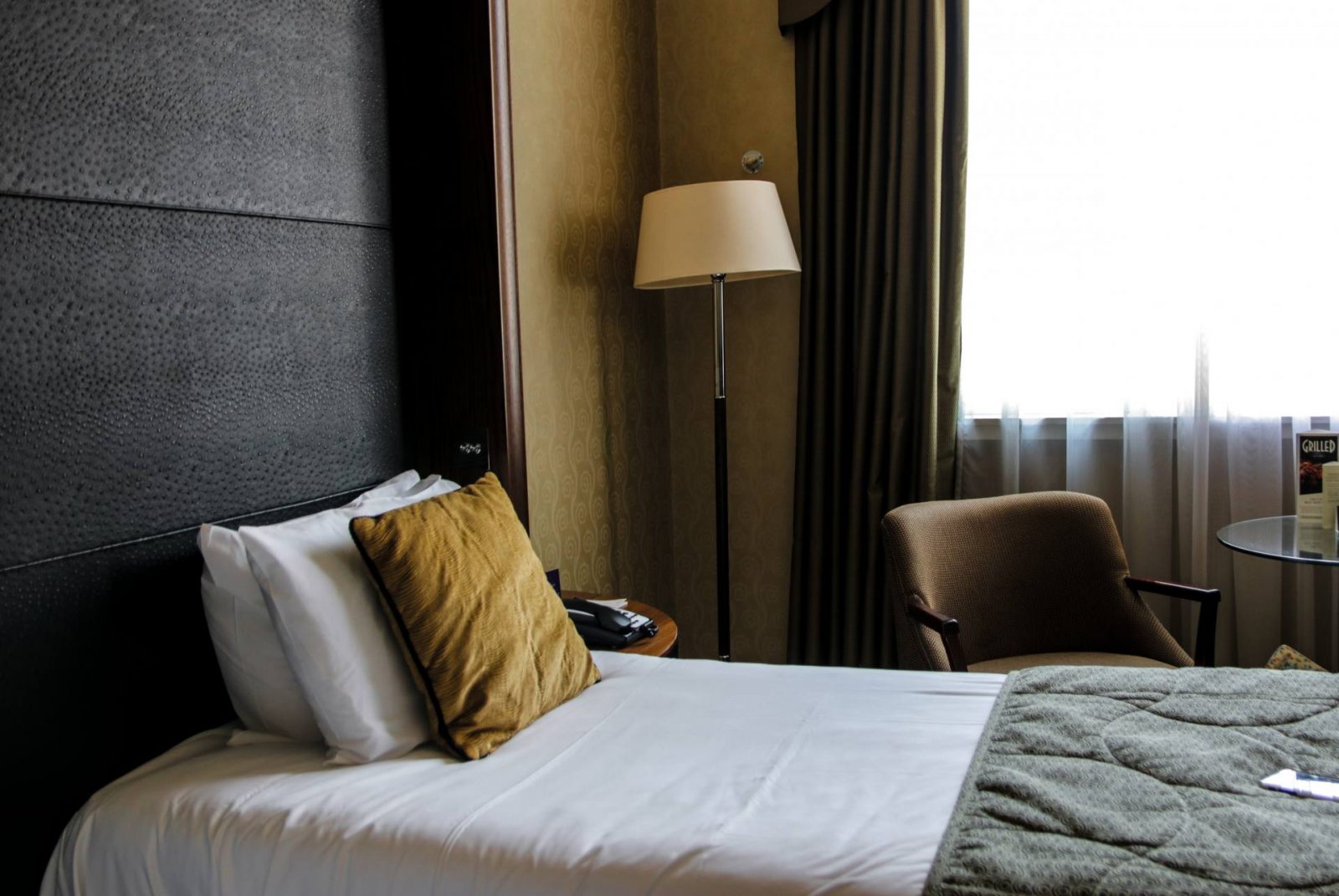 The room itself was huge with two single beds, a table area by the window, a desk, tv, huge double wardrobe, hot drink making station and a safe. The bathroom was also really big with a large bath, shower and make up mirror too. 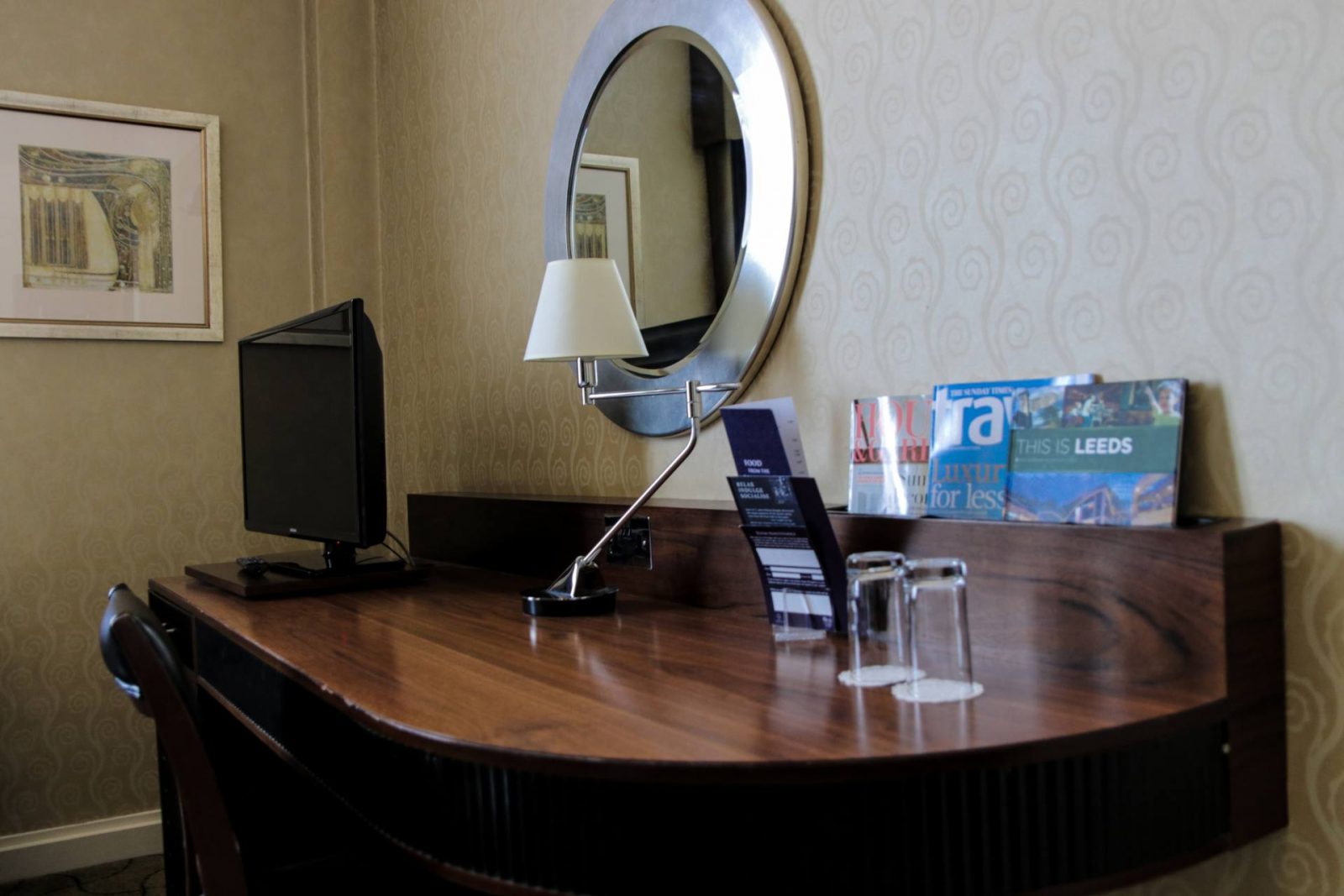 The desk are actually came in rather handy as Hayley had a little work to do and a few emails to send as she had brought her laptop along with her. The hotel WiFi that was free with our room was really fast allowing Hayley to catch up on Eastenders without any glitches. I also caught up on a little YouTube watching whilst we had some down time. I often find that hotel WiFi isn’t strong enough for watching YouTube and it takes ages to buffer so this was super impressive. 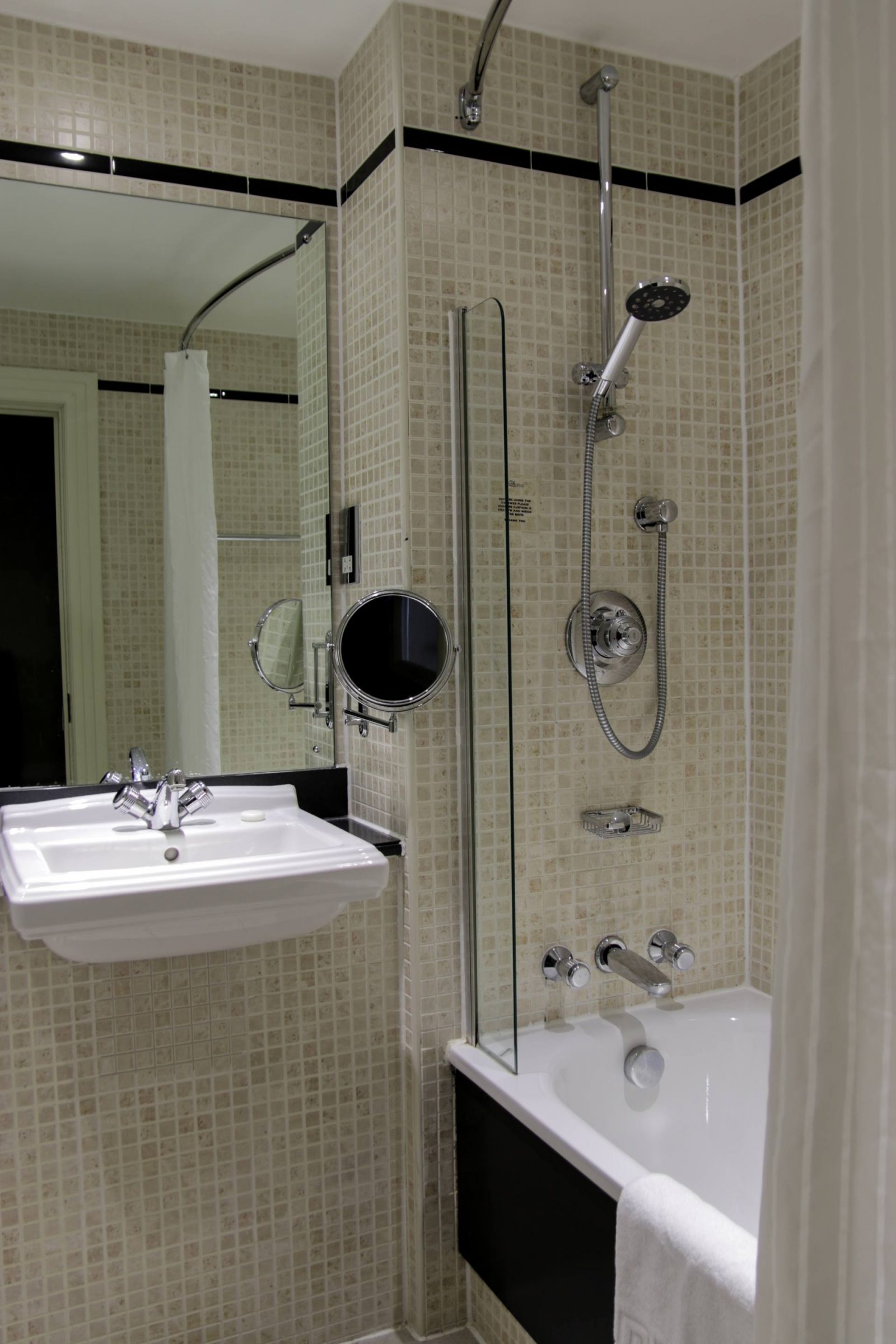 During our two night stay, I used both the bath and the shower. The bath was much needed after our journey up, lots of eating, plenty of shopping and tons of walking in this hot, hot, hot weather we’ve been having! I filled the bath right up and soaked away the day whilst scrolling through Instagram and editing a few photos on Lightroom! I am always dead chuffed when a hotel has a movable shower as more often than not I won’t be wanting to wash my hair and ruin the hotel towels with blue hair dye, so I will just have a body clean, but when the showers can’t be adjusted it makes that super hard work! 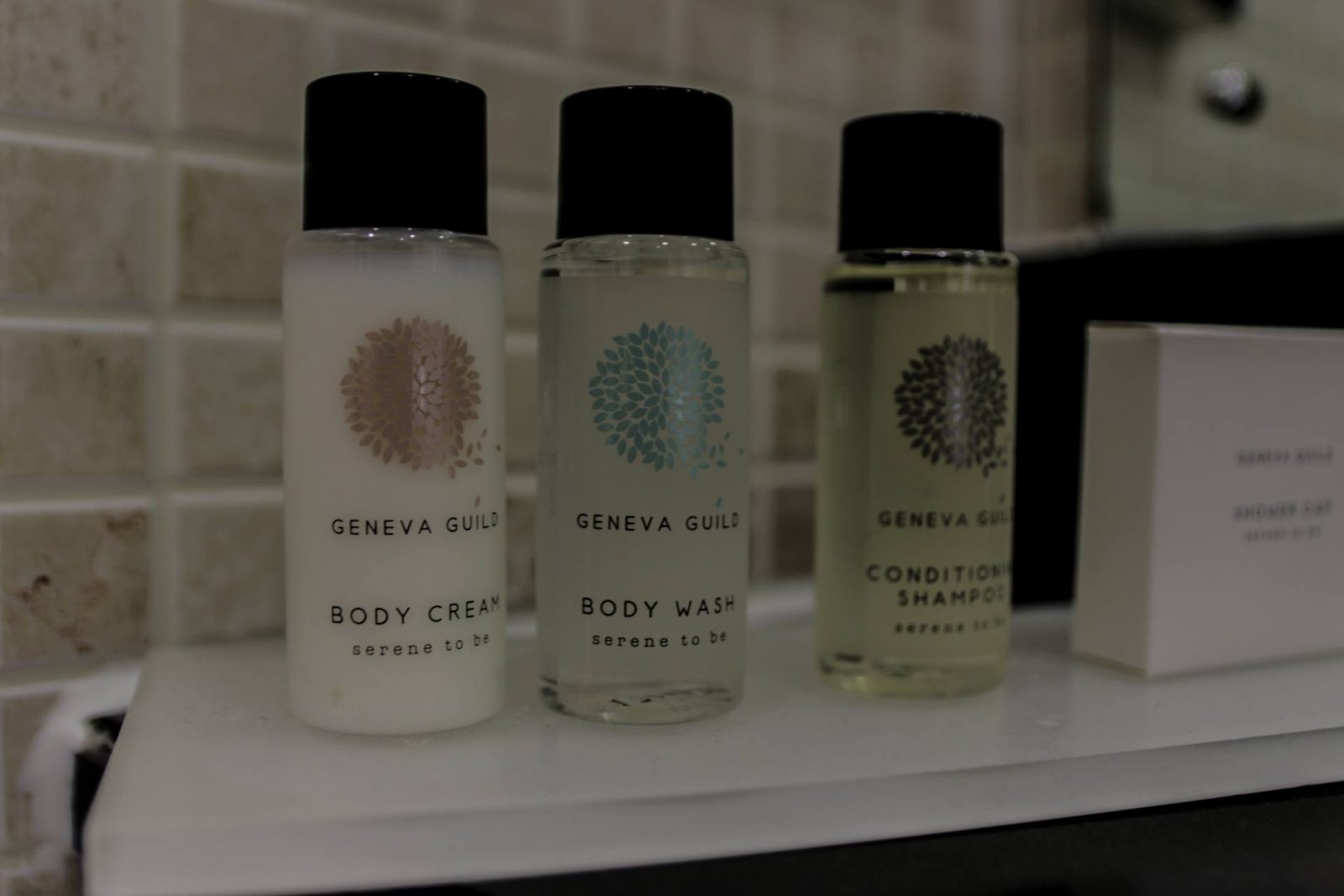 The products we received in the bathroom were of a really high quality too. I also love that there was a shower cap so had there been a mega high shower I’d of had no issues! I used the shampoo to keep my fringe looking top notch and it smelt fabulous, and I also used the body wash which also left me smelling great and feeling really refreshed. 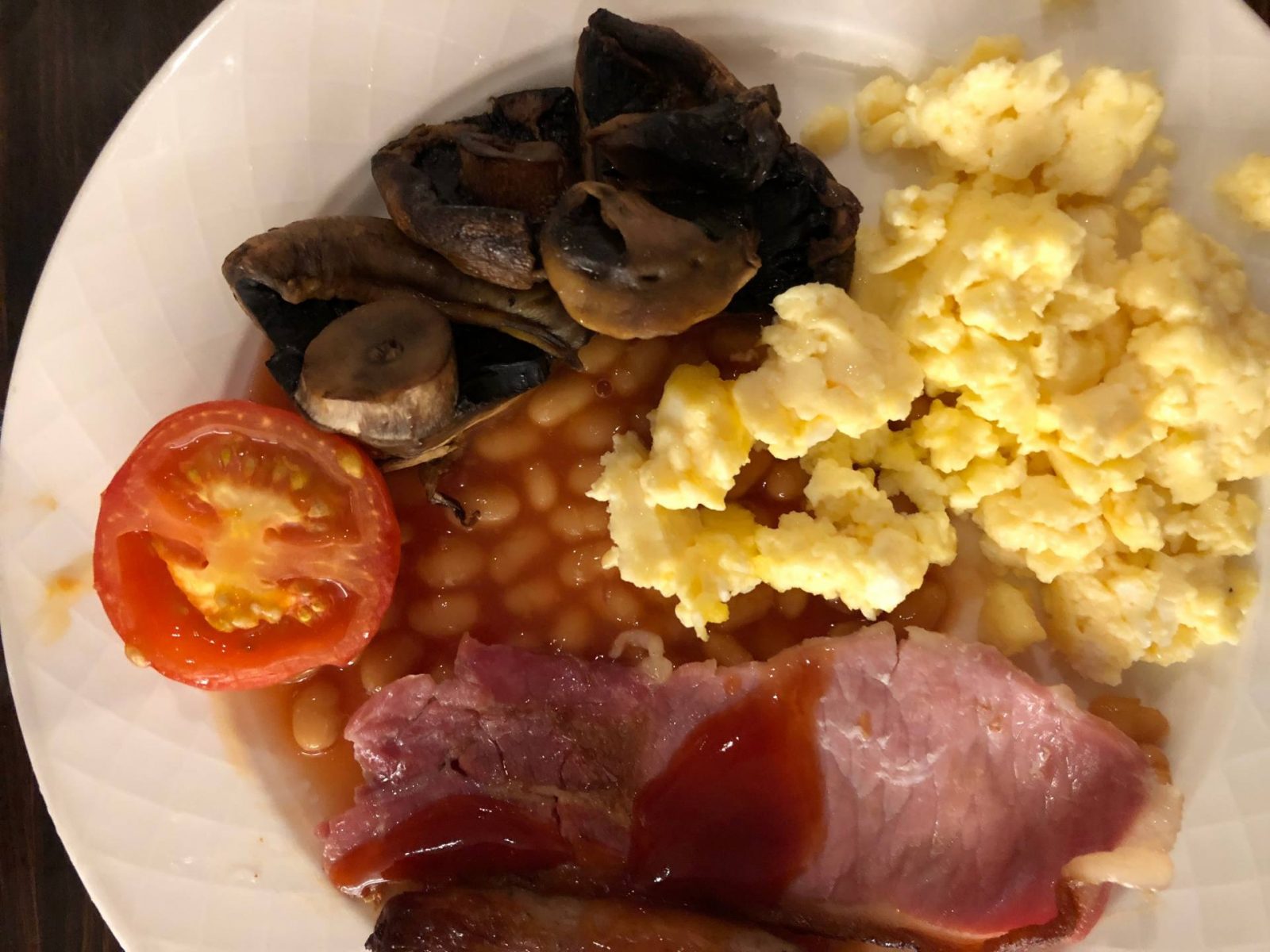 The breakfast for me was a total highlight as I live for buffet English breakfasts! After all the eating and drinking we had been doing during our stay I would wake up pretty hungry and being able to pick up a carb free breakfast was a great way to start the day, It was almost Slimming World friendly too! There was also a huge range of cereals, pastries, fruits, and yogurts to help yourself too but I was more than happy with my hot breakfast.

We both thoroughly enjoyed our two-night stay at The Queens Hotel as all the staff were so very helpful, they stored our bags safely until we needed them to head home with, they stocked plenty of decaf hot drink options in the room and the location was more than perfect for our trip!

As one of the most vibrant cities in the UK, there’s no better place to spend your weekend than the Yorkshire city of Leeds. Perfectly located in the heart of the city, a stay at The Queens Hotel will put you at the centre of all the action. From sampling a selection of street food, from around the world, at the nearby Trinity Kitchen, to discovering some of the city’s history and culture, with a visit to Leeds Corn Exchange, there’s plenty to ensure you have a fun-filled weekend.

PRICE: From £205.20 per room for two night’s accommodation for two people at the 4* Queens Hotel, Leeds. Valid for arrival on Friday 24th August 2018. Price correct at time of issue.

Visiting The George in Dublin, Ireland *

Share:
PREVIOUS POST
"How to Care for Your Car Tyres in Hotter Temperatures *"
NEXT POST
"Lunch Time Catch Ups at The Giggling Squid, Billericay *"
0 comments so far.