My One Pan Breakfast Dream! *

I love that when Sunday rolls around we usually have a little more time to make breakfast. Of a week I have a yogurt at my desk and Saturday’s are rushed breakfasts as we head off to a Circuits class pretty early, so we do try out best to do something a little nicer on a Sunday.

As I’m still following Slimming World I tend to make a ‘healthy’ version of a fry up that we can both enjoy. I use the best quality sausages I can find, with the fat cut off my bacon, lots of veggies and some eggs too. The only thing that puts me off making this kind of breakfast is the amount of pans I’d end up using to get everything onto the plate the same time. 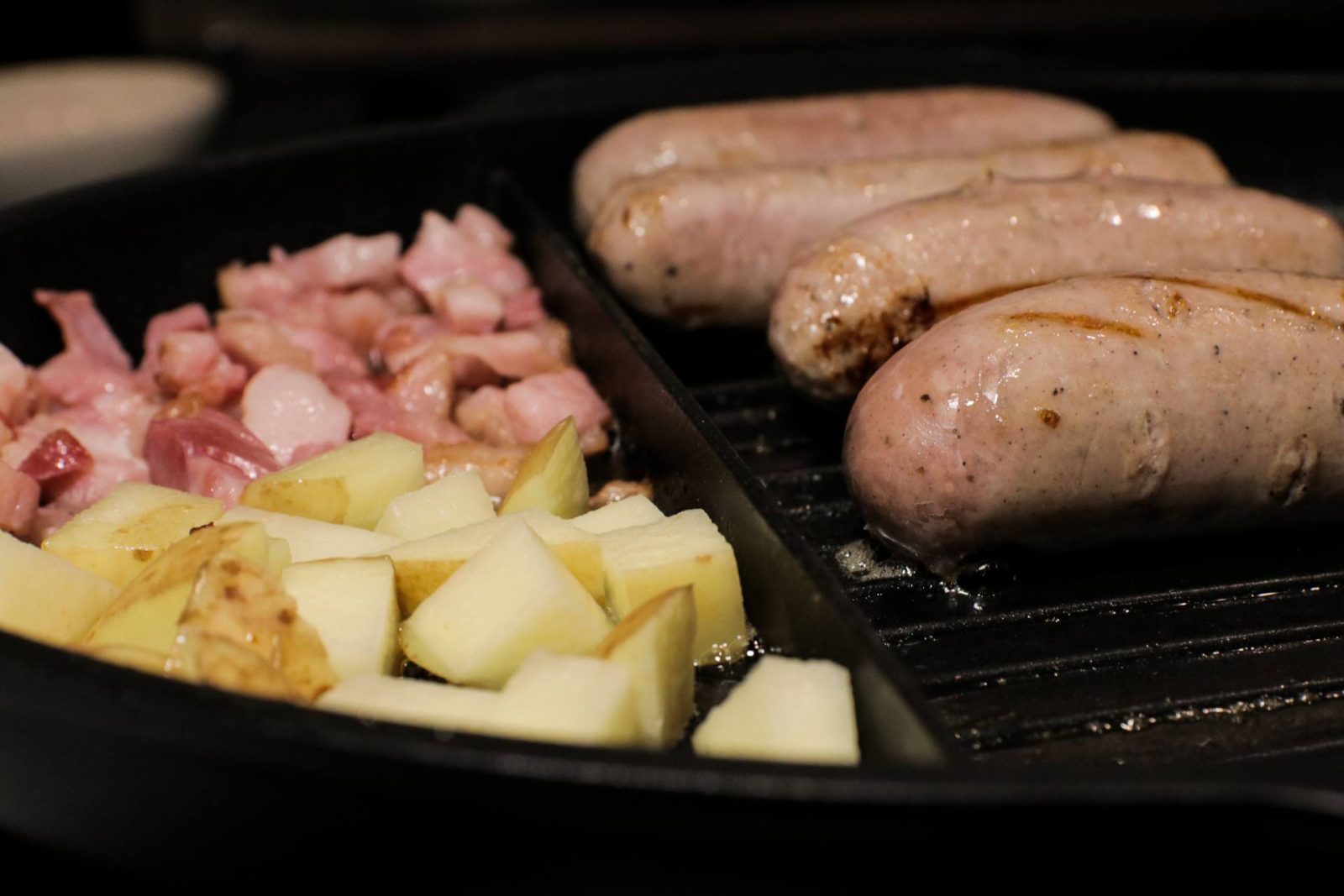 Well that has been solved with the KitchPro® 4-in-1 Frying Pan from Cool Stuff. I can literally cook everything I want in one pan, which means minimal washing up which is dreamy! The frying pan has a non-stick coating, which means both that the food won’t stick and that it is easy to clean up afterwards, so making it even better. 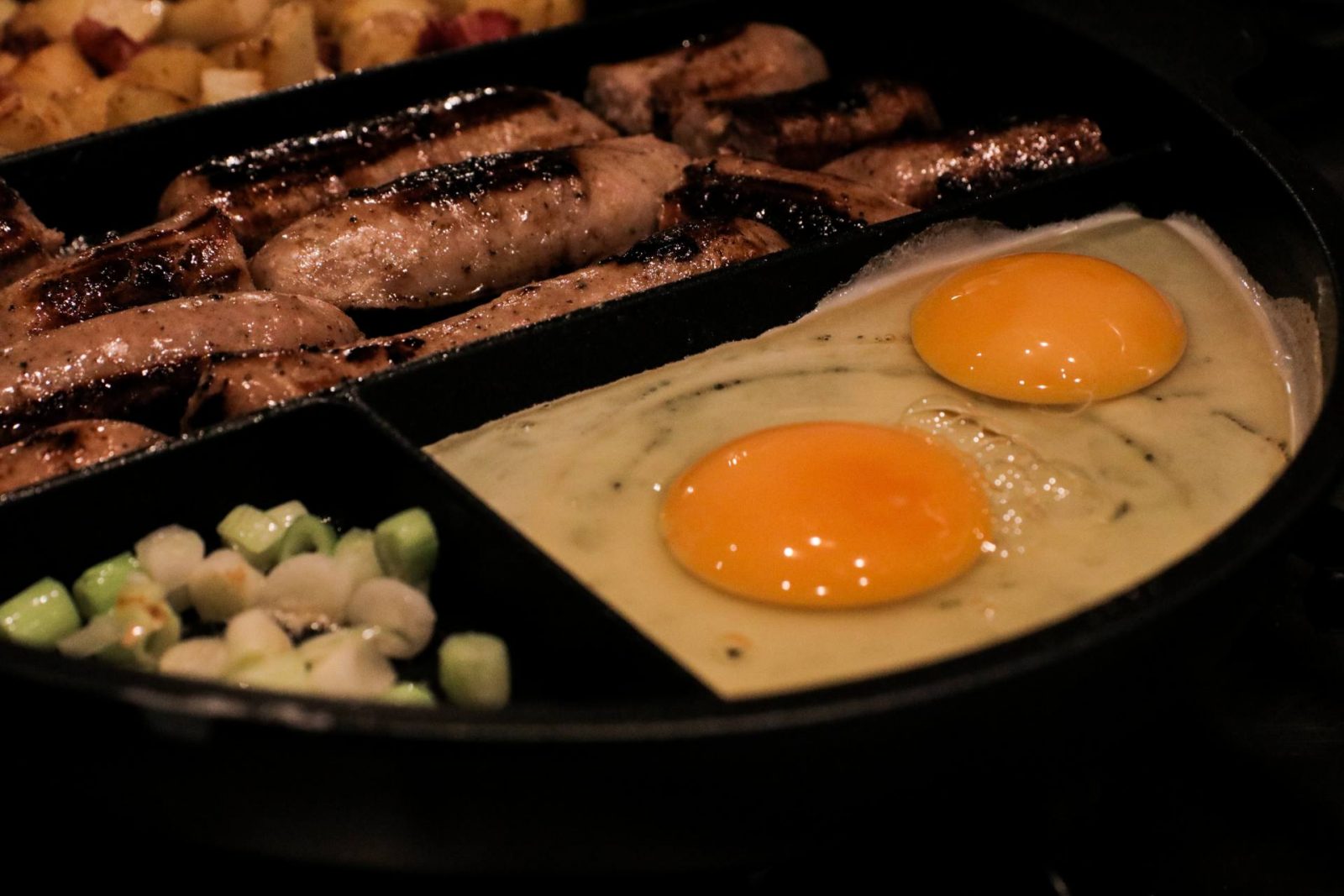 This certain Sunday morning I used the largest section for our sausages as I bought some really great, chunky ones from Supreme Sausages that I ended up slicing down the middle to ensure they were cooked and crispy on the outside, taking up even more space in the pan! I used the left hand side to fry a few diced potatoes and as they got to a good point, I threw in some chopped bacon with them. The other two sections were used for eggs and a few spring onions that were in the fridge. Usually I’d like to have some mushrooms, maybe some red onion and pepper but I had used them all up on the night before dinner! 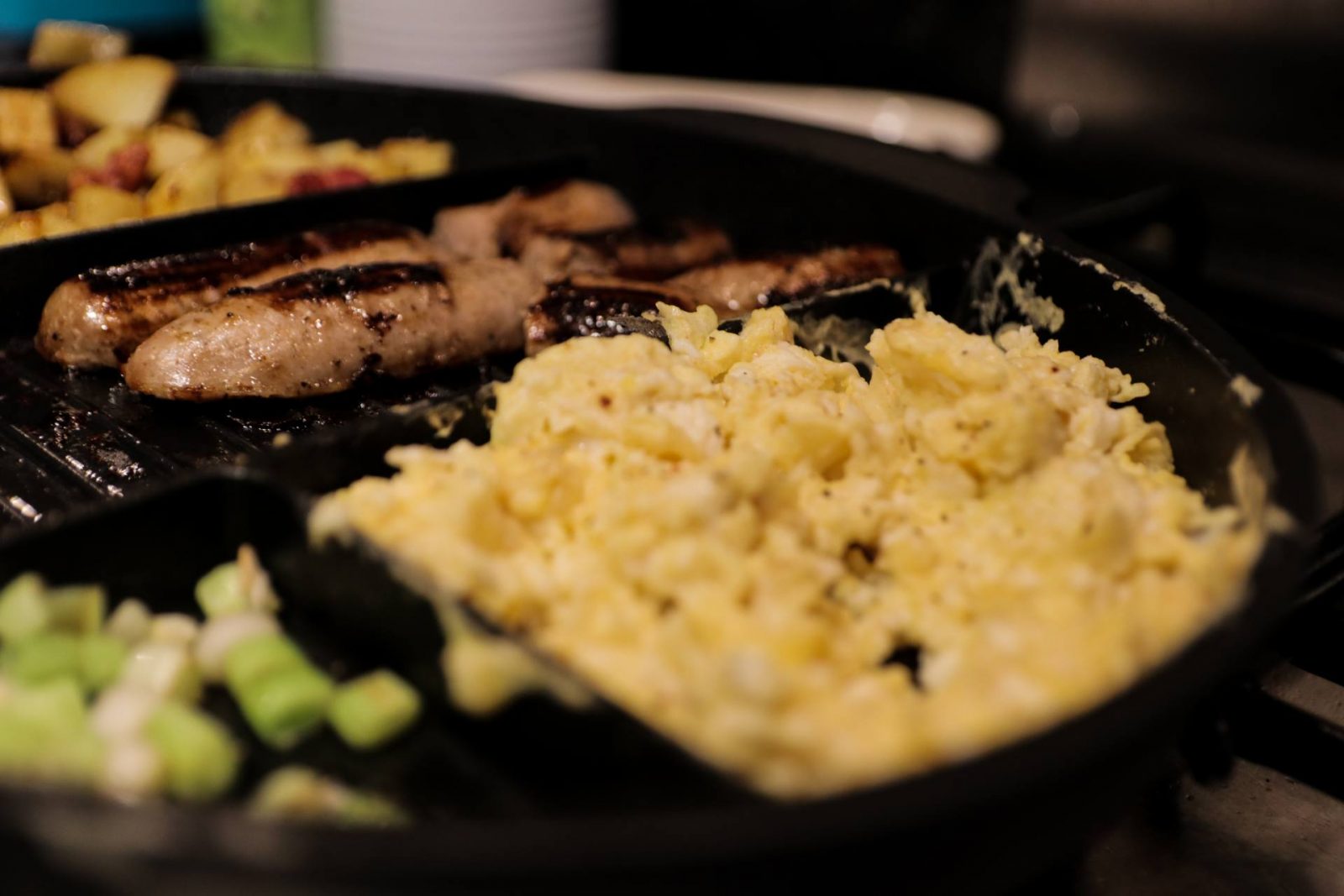 I was quite surprised that the section I had chosen for the eggs was big enough to have friend two eggs and to scramble them too. I always hate having to use a separate pan for eggs as they can be so annoying to clean and can be a little dangerous leaning over the other pans on the hob to scramble the eggs, especially with my short arms!

The other thing I love about this pan is that with all of its compartments it’ss also perfect if anyone coming to dinner has a specialised diet. It means I can keep vegan or veggie items away from the meaty variety, and allergy sufferers can be kept at ease that there’s no cross contamination going on too. Cutting down on the amount of pans I’d have to use again.

It’s already going down as a winner as my neighbour has pinched it to take camping this week to make her breakfasts easier; with her eating vegan and her children being meat eaters, it’ll really be put to the test! I’ll just have to make sure I get it back as I’ve become quite a fan!

Getting a Bit Nutty for Special Celebrations…

A FOODIES GUIDE TO MADRID

Share:
PREVIOUS POST
"Schoolies on the Gold Coast – A Safe Week of Ultimate Relaxation"
NEXT POST
"Would I Swap my iPhone 8 Plus for a Samsung Galaxy S9?"
0 comments so far.