For those of you that have been a reader for a while will know that I champion small British brands and one that has recently sprung to light is Trotting Dog. Founded by fur mom Marianne, and having all products tested by Spike the Vizsla and Milo the rescue Vizsla-cross, Trotting Dog creates stylish stationery, gifts & cards for dog lovers.

When I first got chatting to Marianne, I was going to review some of their super cute stationary products. This was all agreed, until I got a second message back stating ‘Are the two Staffies yours?’ Being the proud doggo owner that I am, I couldn’t reply yes quick enough! 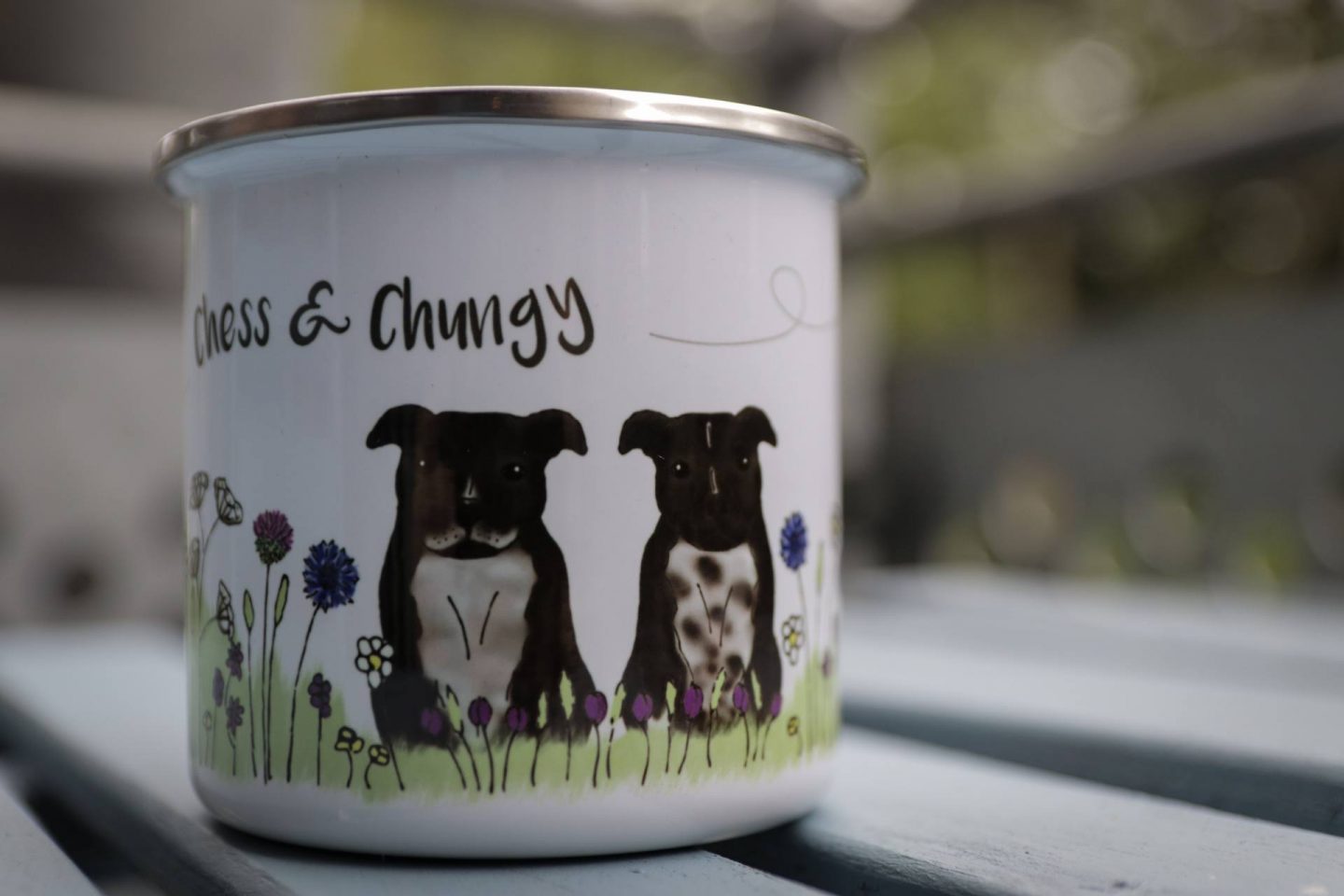 Yes, that is a drawing of my two fur siblings that has been put onto their very own enamel mug. I so wanted to cry at just how cute and perfect they look. Marianne has capture them just as they are in real life; Chess with her old too soon grey face and Chungy’s polka dot chest. They have that little sparkle in their eyes too that makes them even more true to life. I just wish they’d sit that nicely in a meadow for us to get some decent photos of them!

When the parcel arrived I took a photo of the mug and sent to literally everyone I know! Luckily they all were as excited as I was about it and were all amazed at how much attention to detail there was.

The enamel mug is really great quality, a decent size for a good cuppa and washes really well too. Also in my parcel were some of the dead cute stationary items that Trotting Dog also sell. They have a great range of greeting cards with the cutest faced pups on. The cards are such great value at £2.20 each, but they’re currently in the sale for £1.65 so making them super great value for money! They are blank inside so they’re great for all occasions.

Despite Trotting Dog being a small, family run, business, whenever they can they do their best to support Vizsla Rescue & Re-homing organisations through product sales and donations. They chose to support these charities as Milo joined their pack from Vizsla Rescue Cyprus and helping other dogs off the street is a priority for them.

All throughout the creation of my super cute mug, the customer service was second to none and the product quality exceeded all expectations so I’m going to be ordering mugs for everyone for the foreseeable future as who wouldn’t want to drink out of a mug with my super cute doggos on!

What to get your Dog for Christmas!

Give your Dog the Best Christmas with…

Are You Looking After Your Pet Properly?…